Explanation of Our Torchlight Ceremony 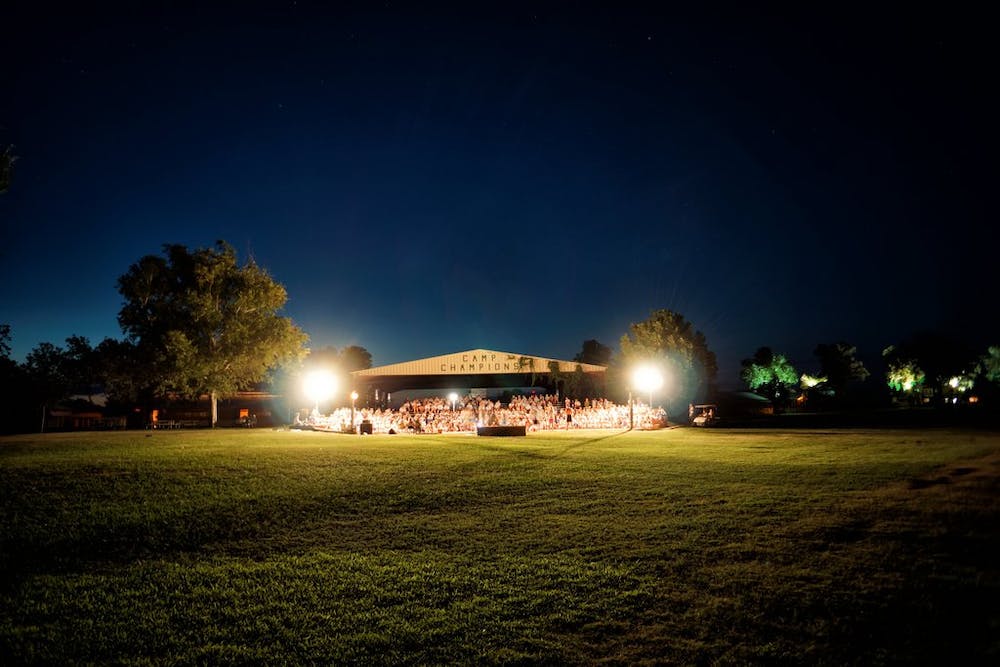 Every evening we have a “Torchlight” ceremony.  Most nights (usually 5 per week), the girls and boys are separate; we do unified ceremonies on the other nights.  Once we take roll call (consisting of each cabin sharing a joke or observation in unison), we sing our “Torchlighter Song” as the Torchlighter of the evening brings in a handheld torch and lights our large torch.

The fact that we have a limited number of LTCs means that they will be escorts several times.  This might look like we are honoring the same campers, but this is not the case.  In fact, we had a parent ask why we were recognizing the same girls the day after a 6 summer camper made torchlight for the first time.  This parent had seen the LTC and thought she was also a Torchlighter.  I hope this helps clarify.

While being named Torchlighter is an honor, it is not an obsession.  We celebrate our Torchlighter with the enthusiasm of a Champion for around 5 minutes.  We also celebrate the Torchlighter’s cabin and his/her hometown, which helps other campers to share in the enthusiasm.  Many of our favorite campers and counselors go 10 or more years before ever booming a Torchlighter (including one of our Division Leaders who got it in his 12th summer).

I would like to share a final thought.  The term is too short and we have too many campers worthy of recognition.  In other words, we would need a term that lasted for months to recognize every worthy camper.  Some ask why then do we do it?  I think there are important lessons here.  First, we reinforce our values by recognizing individuals who exemplify them.  Second, the campers get an opportunity to celebrate the success of others.  Too often, we want to focus on ourselves and miss the generosity of spirit necessary to be happy for another person.  Finally, it provides an opportunity to model perseverance.  Each summer we have had people make Torchlighter for the first time in their 7th, 8th or 10th summer (the last case was a long-time camper-counselor who made Torchlighter during counselor orientation).  These are stories of Champions that every camper can learn from!