[Note from Susie - this is one of the articles I reference in my blog today.]

Being a strong believer in my mother’s wisdom, I found myself thinking about this statement fairly often. Summer camp had been a huge part of my personal development as a young man, and had even found its way into my college and graduate school applications. Yet the idea that “camp was like college” did not seem to make sense to me at the time.

Over the past 25 years, I have found that this idea is actually a profound one.

Twelve years ago, we were talking with a friend in Marble Falls whose daughter was in her first year at college. Both mother and daughter had struggled mightily with the separation. “During the first semester, we would talk everyday, sometimes 3 or 4 times. She was so sad and teary. She was really uncomfortable away from home. It really affected her grades and social life. She was better in her second semester, and she only calls 3-4 times a week. I still worry about her though.”

This conversation reminded me of a speech I heard by Dr Wendy Mogel. Dr Mogel is a nationally-known clinical psychologist and educator who wrote the best-seller parenting books “The Blessing of a Skinned Knee” and “The Blessing of a B-Minus”. She shared a story about a good friend of hers whose daughter was a college freshman at Sarah Lawrence.

Unlike our friend in Marble Falls, this woman’s daughter thrived in her first semester at school. She earned exceptional marks (making the Dean’s List) and she became president of the freshman class. During Parents Weekend, her mother met the mother of the student body president who was weighing various job offers. The two mothers shared stories about their daughter’s college experience when the mother of the senior shared an unexpected thought:

“I am not surprised. I have noticed that my daughter’s friends who had strong freshman years all went to overnight camp at some point. The ones that struggled did not.”

The contrast of these two freshman experiences compelled me to think about why this might be true. Here is what I came up with.

Going to college presents many challenges, three of which jump out at me:

Of course, overnight camp does little to deal with the first challenge of academic rigor, but it helps substantially with both of the other challenges.

Camp helps students adjust to being away-from-home by giving them practice being away-from-home. Campers coming to camp (often as young as Kindergarten or 1st grade) get to experience being separated from home successfully. Certainly, most campers have some homesickness, but the supportive camp community and the fun activities help ease them through this initial challenge. Homesickness is natural. Children will miss their parents. Further, we live in a society that sometimes suggests to children that they are only safe within eyeshot of their parents. Yet, we parents want our children to grow in confidence and independence so that they can live productive, fulfilling and joyous lives. Camp enables children to experience successful independence. Like college, they are away-from-home. Unlike college, they are in a community committed to their physical and emotional safety.

Camp also helps campers deal with uncertainty. The first week of camp is full of uncertainty: Who are these counselors? What are these traditions? Where do I go? Who will be my friends? Will I be successful? Just like college, there is schedule-related uncertainty (where to go and when) and social uncertainty (who, among this group of relative strangers, will be my friend). The camper gets to experience overcoming this uncertainty. I like to think of it as strengthening the “resilience muscle”. Having done so, the next experience of uncertainty is easier to handle. The camper who comes to camp for several years gets multiple opportunities to strengthen his or her resilience muscle. By the time they go to college, they are much more confident and resilient.

So if every freshman faces academic rigor, being away from home and the uncertainty of a new environment, the overnight camper generally focuses only on academic rigor. Other students face all three challenges. Seen this way, it is not hard to understand how camp can help later with college.

Several summers ago, a long-time camp mom shared her thoughts about her oldest son going out-of-state to college. I asked her how she felt. “I’m going to miss him.”

“No way. He has already gone to camp for 9 years, so I know he will be fine. He is so excited to face this challenge. Camp has also helped me - I have had practice being separated from him. He is going to shine at school!”

Later that evening, my wife and I agreed on three things: First, this was one of the nicest endorsements of camp we had heard. Second, we are so happy to think that the campers who have become such an important part of our lives will have an advantage in college. Finally, my mom, once again, was right. 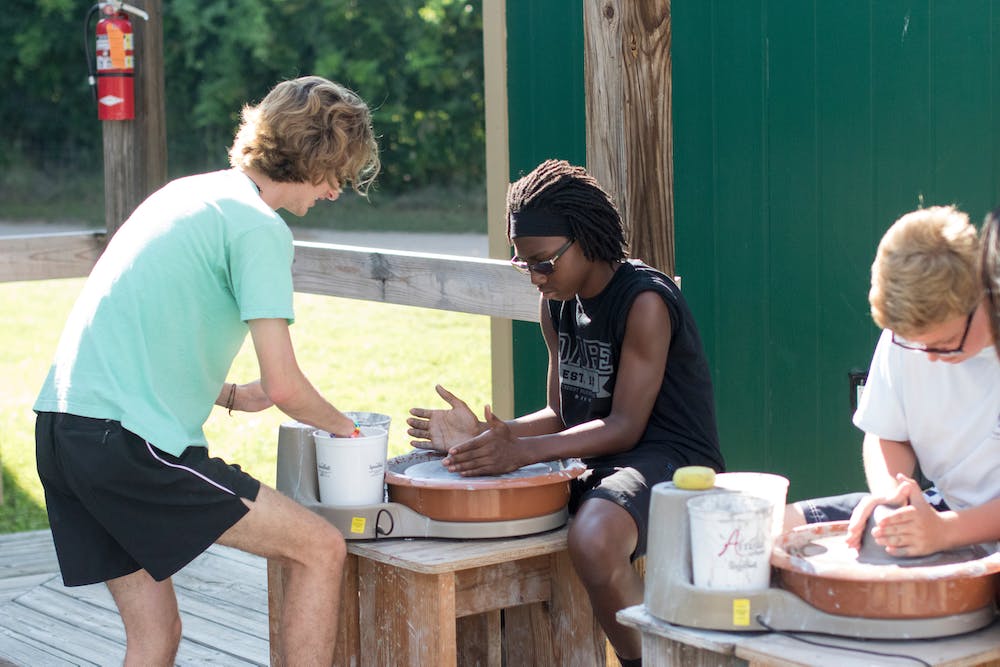