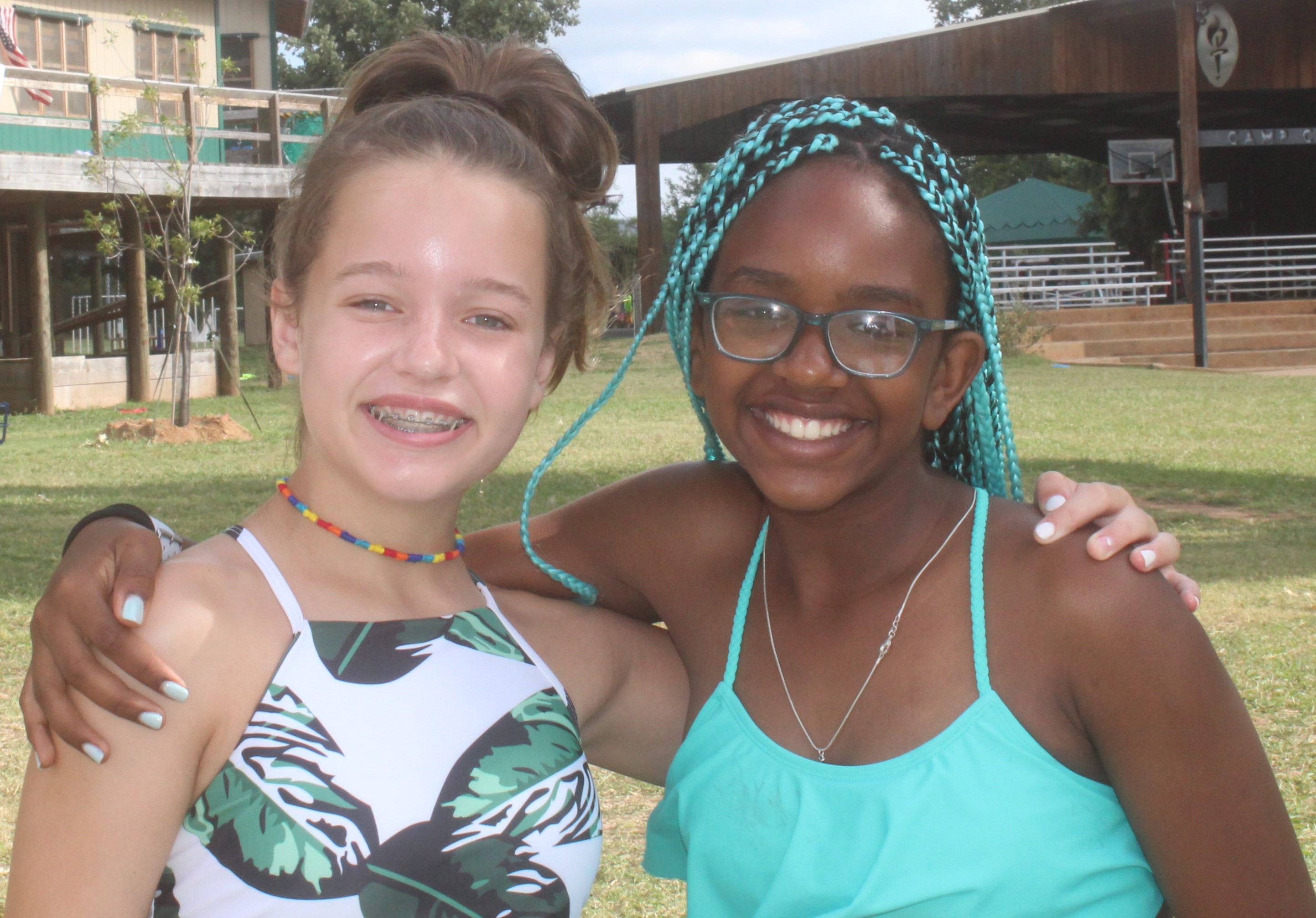 [CORRECTION:  I sent this blog to my son who had the journal and he quickly set me straight, “I did not write the happiness spigot description.  It is from a comic strip called Saturday Morning Breakfast Cereal.  The quote about the Happiness Spigot was the answer to ‘Dad.  What’s it like to have kids.’ “  I still like the article though even if I must realize my son is not the creator of this observation.]

This morning, I had a 6:45AM call with a friend on the east coast.  He inevitably has unique insights or impressive information, so I take notes on our talks.  I was not yet at my desk, so I asked Susie Ma’am if she had something I could write on.  She reached into a bedside table and found a small journal.

I had never seen it before.  Curious, I opened it.   The inside cover revealed it belonged to one of our sons.

Only two pages had anything written on them.  The second was a series of things that he loves about home.  I suspect he wrote it while traveling or during his freshman year.  These included a favorite dish (tuna pasta), fun camp traditions and simple joys like chopping veggies while watching a show or game with the family in the kitchen together.

The list was short, but long enough to make Susie Ma’am well up with happy tears.

But it is page one that grabbed my attention: 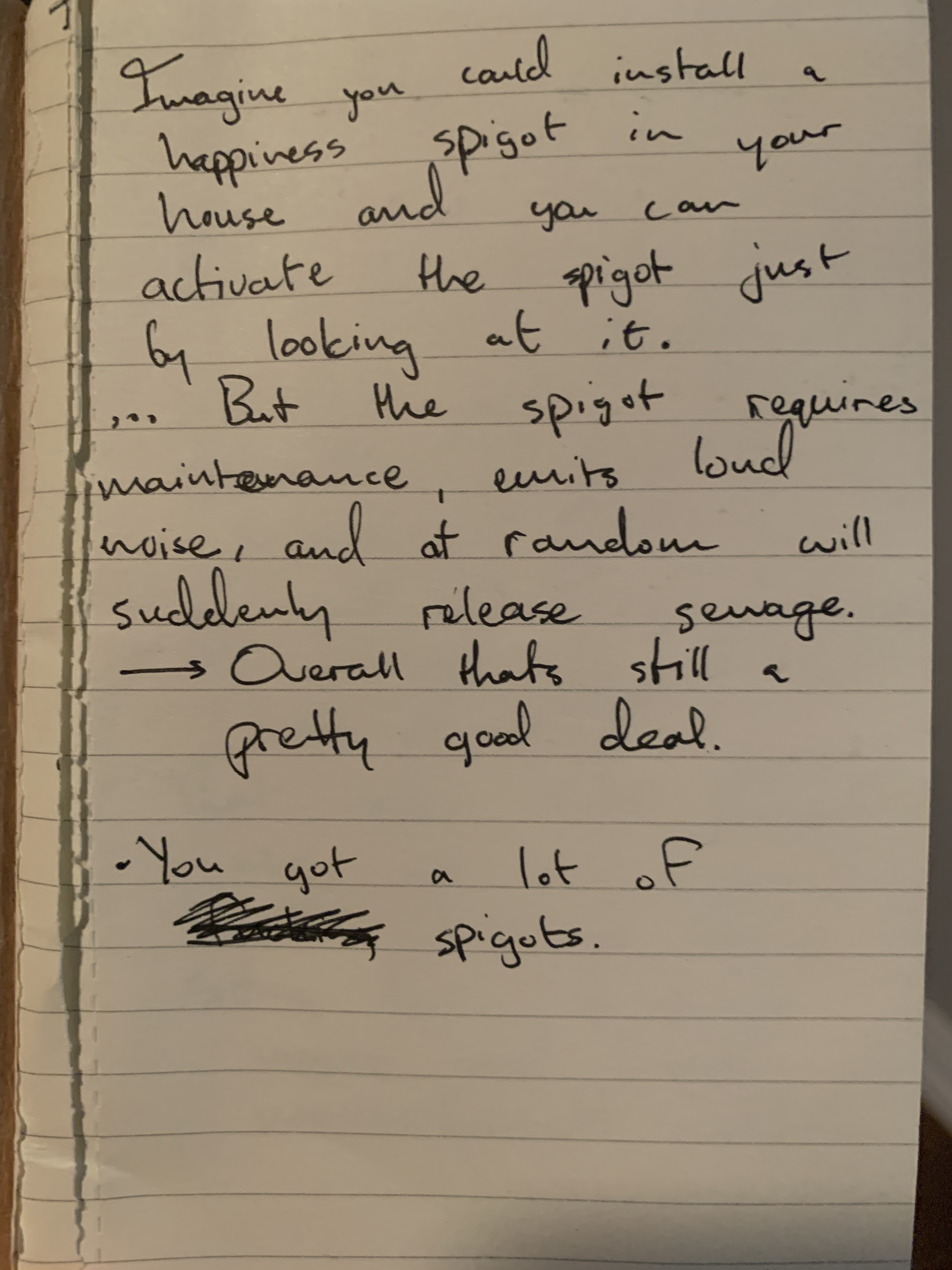 “Imagine you could install a happiness spigot in your house and you could activate the spigot by looking at it. . . . But the spigot requires maintenance, emits loud noises and at random will suddenly release sewage.

I had two immediate responses.

My first response?  This reads like “Deep Thoughts with Jack Handy from Saturday Night Live”.  Here are two examples in case you never read them:

“If trees could scream, would we be so cavalier about cutting them down? We might, if they screamed all the time, for no good reason.”

My second response?  I think he just described life.  It brings happiness, but it is noisy, occasionally broken and can stink at times.  This summer, the spigot has been particularly interesting, providing extra joy and extra challenge.

We cannot expect the spigot to be perfect.  Hey, some sewage is going to come.  But ultimately, “that’s a pretty good deal”.

I think this is my new favorite way to say, “Life ain’t perfect.”

Here is to our happiness spigots!