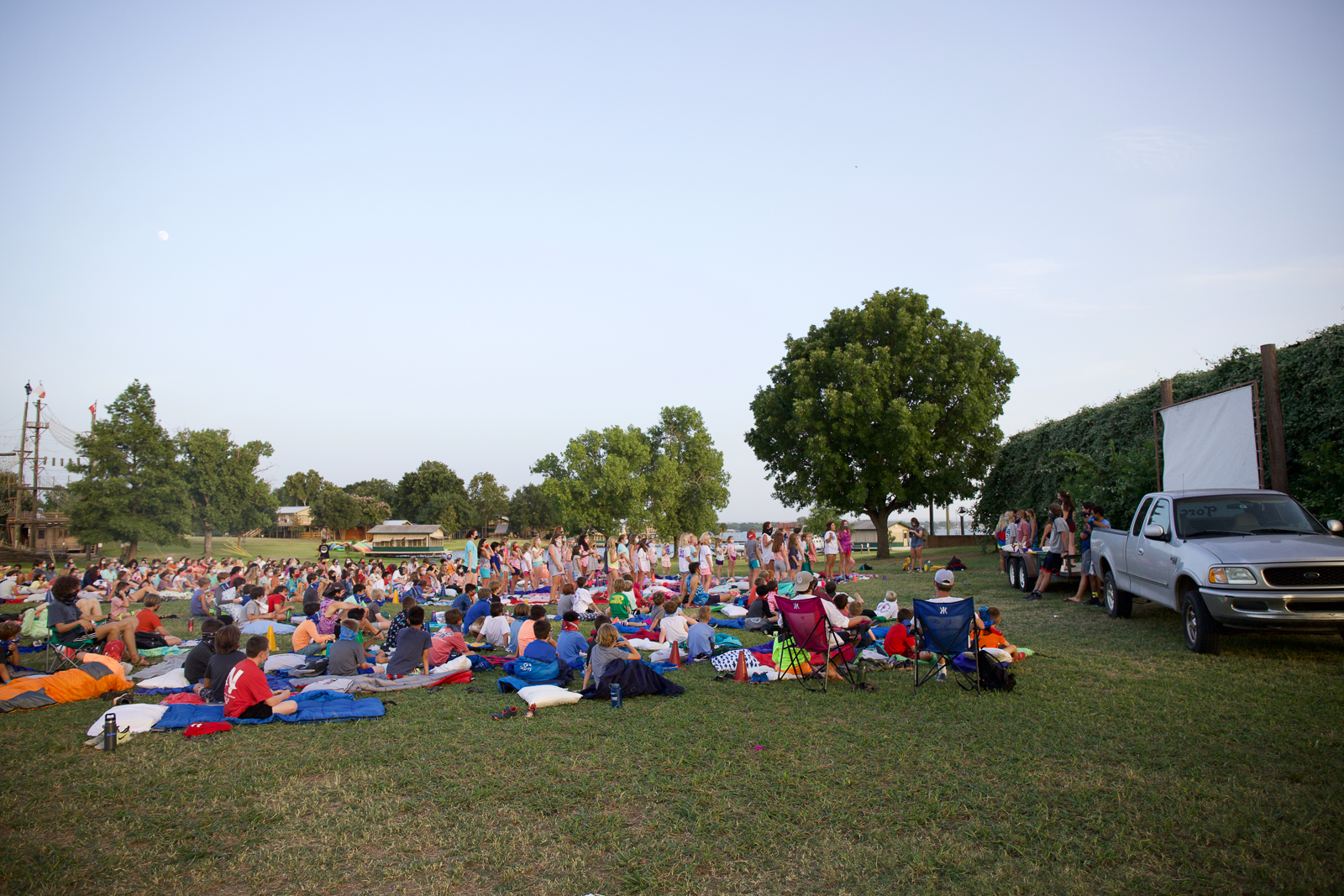 Yes, they were there for “Super Torchlight”, which I will also call “Field Torchlight”.

Field Torchlight is a brainchild spawned from the creativity of our team.  It is the answer to a simple question: “How do you have everyone at torchlight at the same time while also maintaining physical distancing between cohorts?”

Torchlight is our evening assembly where we sing, cheer and make announcements.  We will also sometimes play a game or do a skit.

In a normal year, we can squeeze in both the girls and the boys into the Coliseum, the larger of our two amphitheaters.  It is fun and loud, but we need to pack in tightly to get everyone seated.  Obviously, this is not a year to pack people in.  So what is one to do?

Most nights, we have the girls and boys separately.  Also, we often have at least one of the divisions meet separately while the other three gather together.  [Note: the Midis – girls finishing 5th and 6th grade – have “Orchlight”.  Their division leader Ali decided to make up her own ceremony that is not quite the same, so she decided to give it not quite the same name.  Her girls love it.]

We also have broken camp into older and younger campers, with the older cohorts meeting at the Coliseum and the younger at the Forum.  We vary the program depending on the audience.

Doing it this way is a lot more work, but we wanted to see how we could make a potential negative (not getting everyone into the same space) into a positive (groups getting programing tailored to their interest).

But we still wanted to have at least once when we all shared one experience.

After brainstorming, we decided to use a trailer as a stage and have the campers sit in a field for torchlight.  Since tonight is also movie night, we killed two birds with one stone.  We put the stage (the trailer) underneath the movie screen.  In the past on Movie Night, we would have Torchlight and then release campers to find their spots on the field to watch the movie.  This summer, no moving and new memories.

So I predict that talking about the oddities of 2020 will become a badge of honor, a point of pride.

I once heard that 1 million people attended Woodstock, but 10 million claim to have been there.

Will Super Torchlight be like that?  Only time will tell . . . [OK, certainly not, but we can dream, can’t we?]