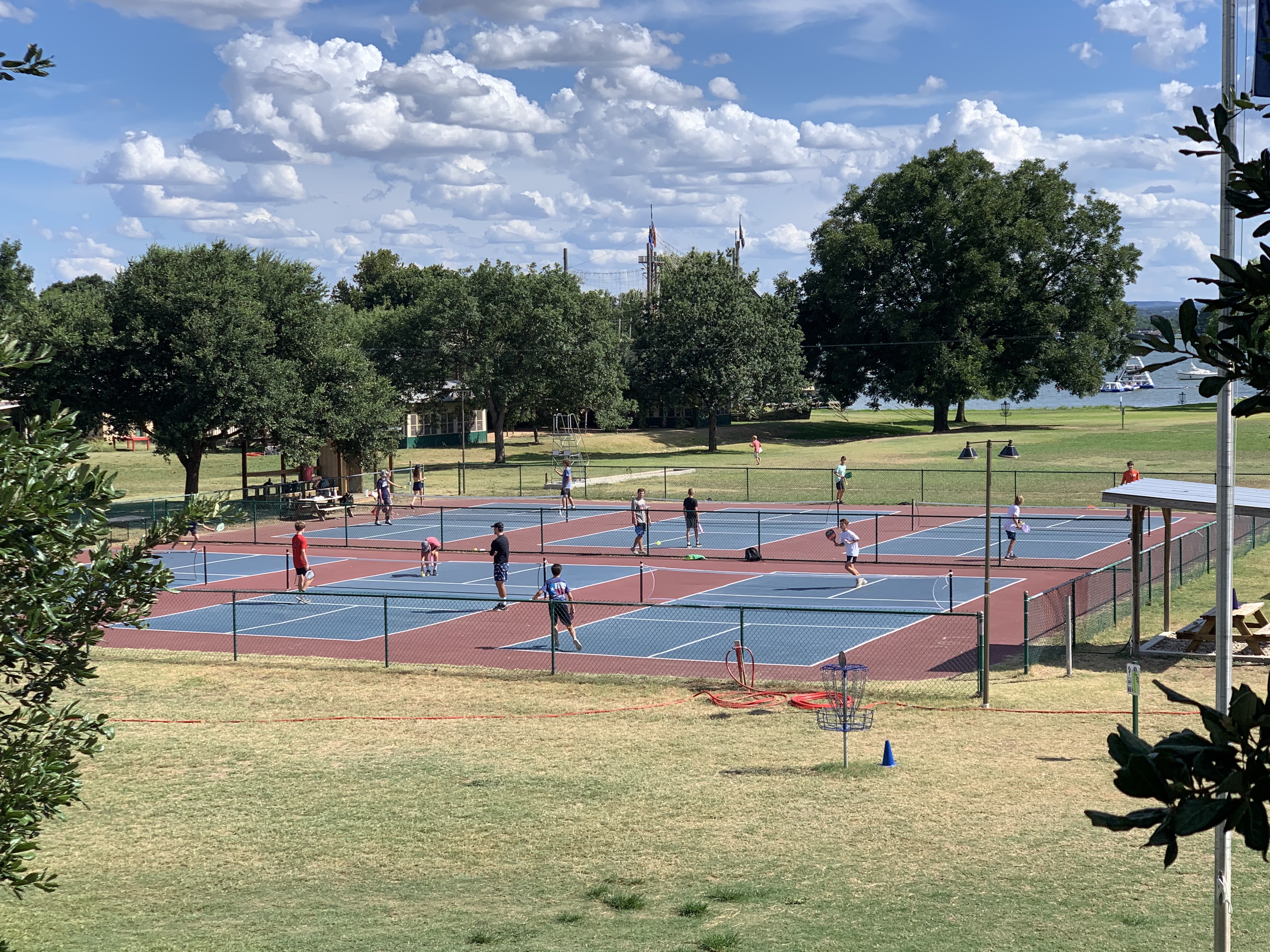 Camp Champions is a leading site to train athletes in one of the fastest growing sports in America: Pickleball.

“But wait Steve Sir”, I hear you say, “Isn’t it one of the fastest growing sports because the denominator is very small?”

To you, I say no one likes a smarty pants.

OK, perhaps Pickleball is not a household sport, but it is a great source of excitement at Camp Champions.  Without going into great detail, I will explain Pickleball simply as the love child of tennis and ping pong.  The court is about one-third the size of a tennis court and you play with a paddle roughly the size of a racquetball racquet and a whiffle ball.  I know this does not sound very athletic, but at its highest level it is extremely impressive.

But one of the great aspects of Pickleball is that you can have fun as a novice.   Tennis requires a fair amount of practice to become proficient enough to enjoy a long rally.  Not so with Pickleball.  Beginners can enjoy the game from the moment they start.

I had heard that the game was named after the inventor’s dog, “Pickles”.  The story is that when the ball would roll away, the inventor would say, “Pickles . . . Ball!” and the dog would retrieve the errant orb.  Sadly, I made the mistake of researching this and learned that he DID have a dog named Pickles, but that the dog was named after the game.  The game was named by his wife who said it reminded her of a “Pickle Boat” – a term from rowing.  A “Pickle Boat” contains all the leftover oarsmen from other crews.

Pickleball is the wildebeest of sports – consisting of the parts of others in an unusual but fun way.

Anyway, Pickleball is extremely popular in two milieus: retirement villages and Camp Champions.  It is great for more mature players – especially for doubles – because the court is small and running is less important than hand-eye coordination.  But as a single’s game, it is very athletic.

This summer, a group of Sports counselors decided to create daily Pickleball clinics with substantially higher levels of coaching and drills.  The campers have loved it and this odd sport has only become even more appreciated here at camp.

We have had campers return home and convert a driveway into a Pickleball court.  At 42’ x 22’, the court is not huge, and you can buy a portable net to make it work.

Not to brag, but we have one former staff member who is now a top-ranked 40+ player.  More importantly, a current camper is a nationally ranked junior player.

Yep, Camp Champions is to Pickleball what Alabama is to football . . .

. . . except without a national television contract or hordes of fans.

Yup, we are a powerhouse!