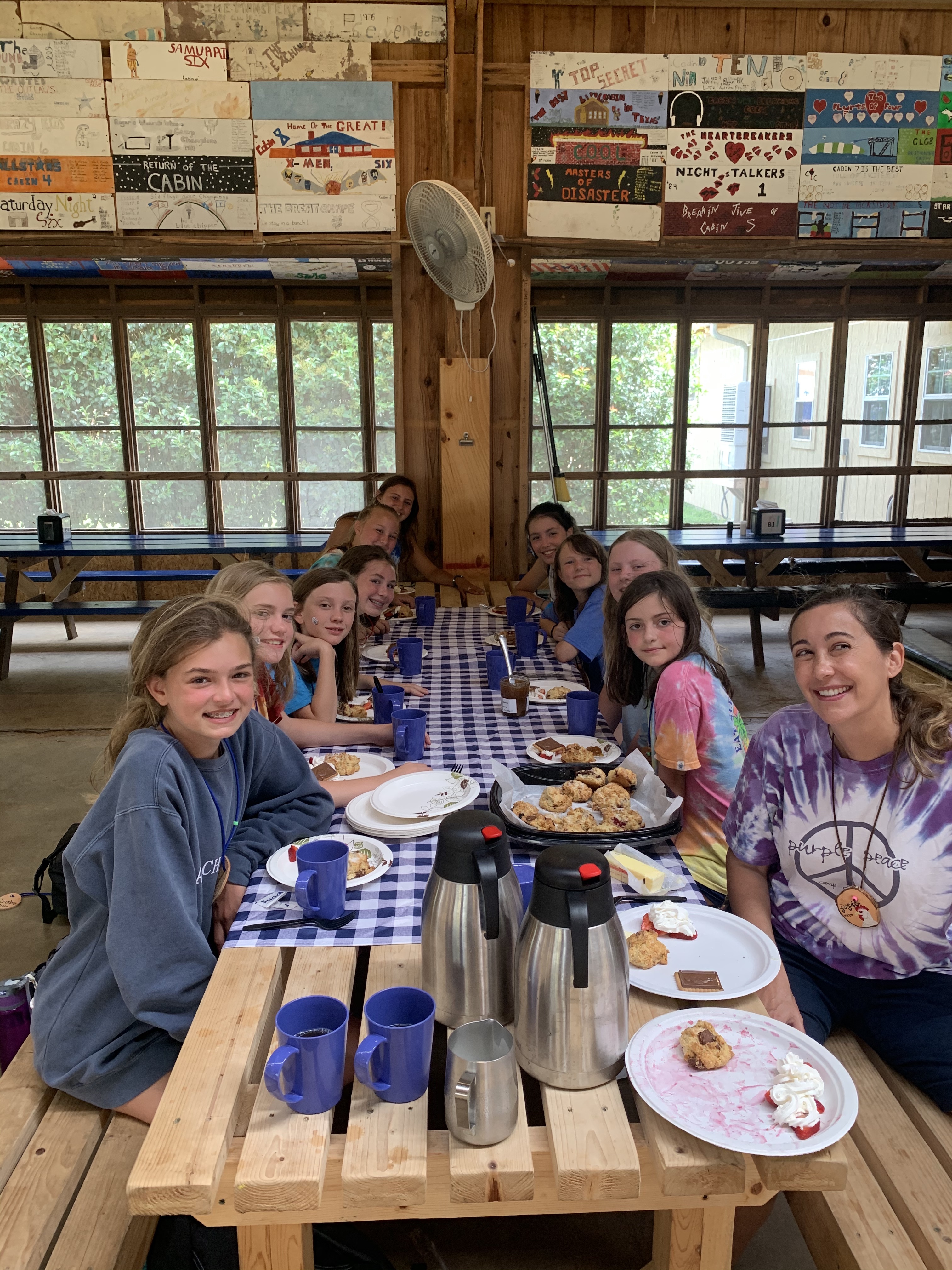 Susie Ma’am is a bit of an anglophile.  She loves the BBC, British accents and Jane Austen.  I honestly think that she would enjoy any movie or genre if there were solid accents and period costumes.  If the Transformer robots wore dinner jackets and talked about cricket, she would watch those movies.

When we wanted to have a prize for a cabin who won a competition (Dutch Auction), she proposed a “tea and scones” party.

I doubt I could convince a group of 11 year-olds that tea (proper tea . . . with cream) and scones would be an enviable experience, but Susie Ma’am made it happen.

She was sad that she could not get clotted cream (she went with whipped cream instead), but she did have proper jam, strawberries, biscuits (cookies to us Yanks) and homemade scones. 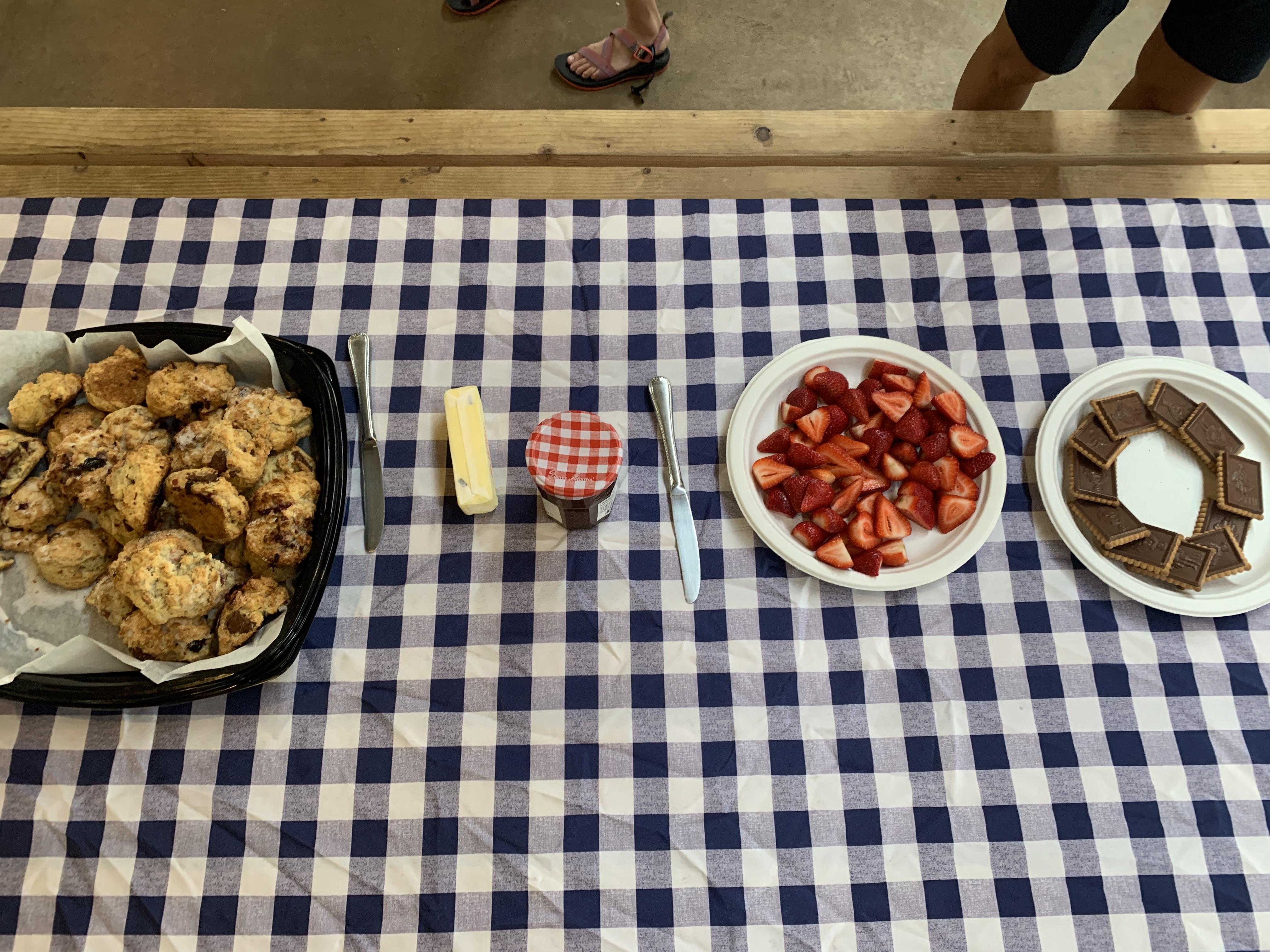 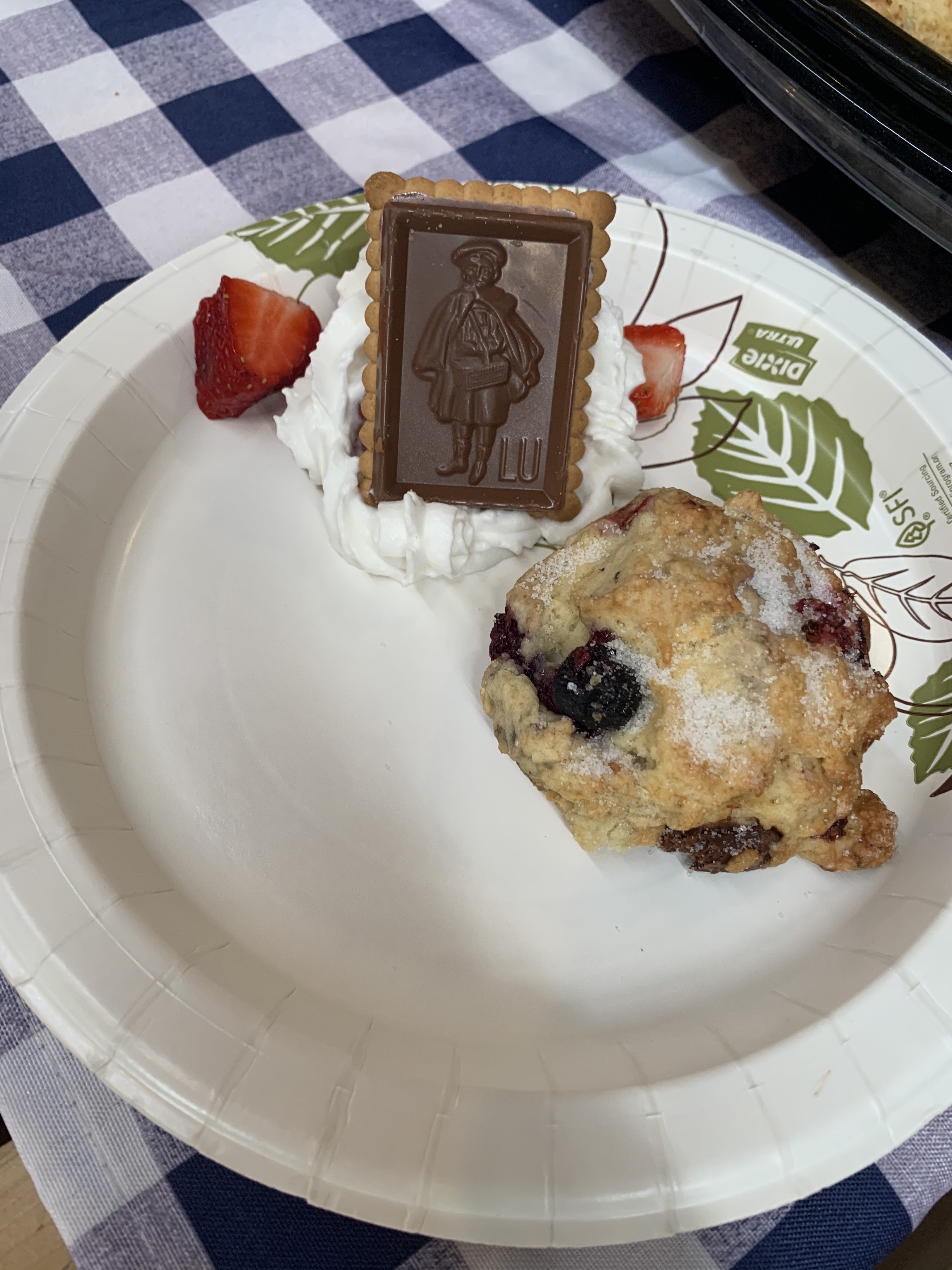 The girls loved it.

Second, it is fun to see how small things can bring great joy.

Here is another example.  We have a slushee machine.  It has three different flavors. 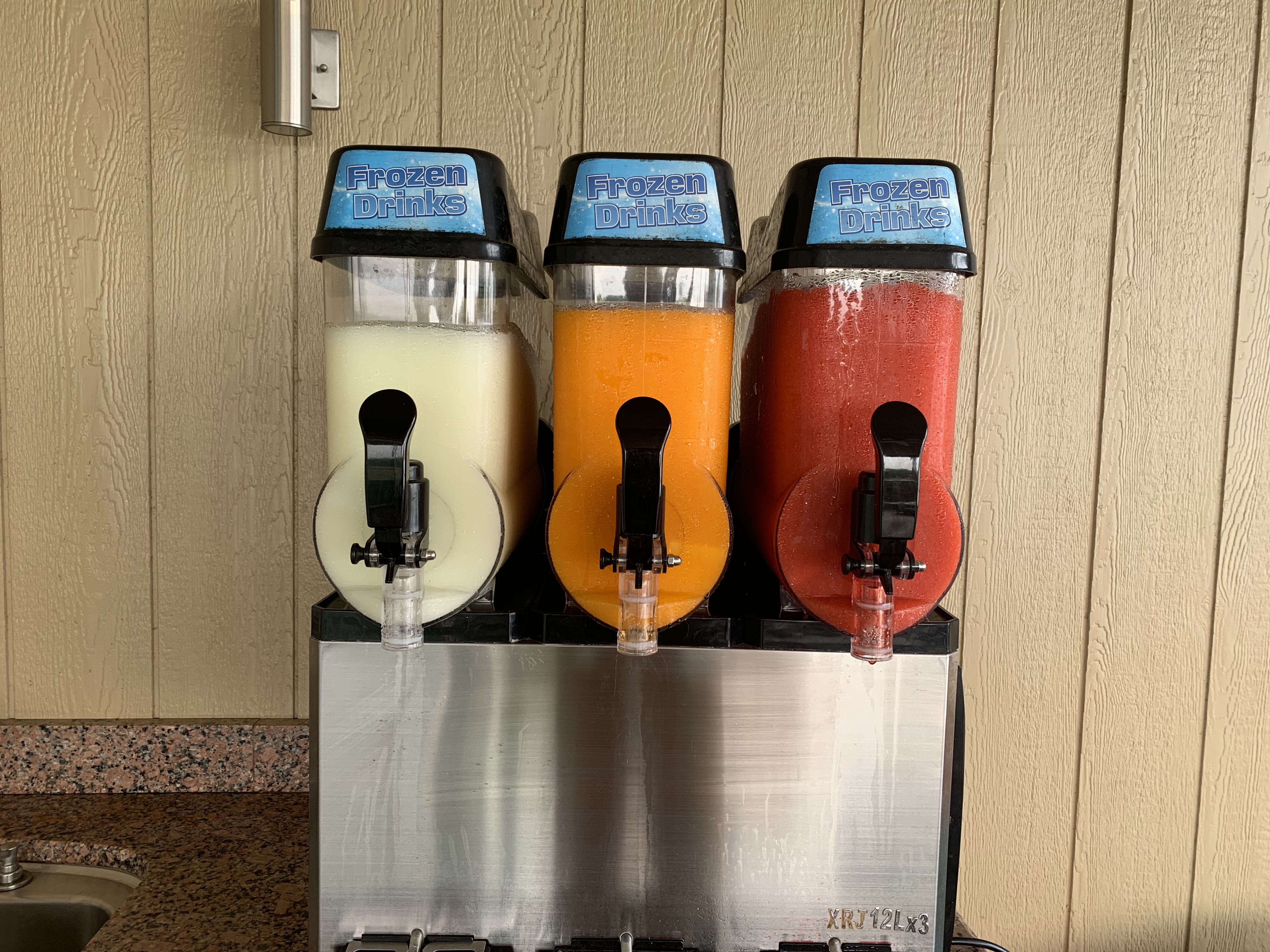 This is not a magical slushee machine.  It does not bestow mystical powers or assure perpetual youth.  It converts sugar water into, well, frozen sugar water.

Yet, it is a source of great excitement and joy.  Each cabin will have at least one event where they get to have slushees.  Occasionally, they will get a slushee during a clandestine “raid” in which they ascend the stairs to our upstairs porch and get their treats.  [Note: it does not occur to them to find it strange that there are serving gloves left for the counselor or division leader who leads the “raid”.  Nor do they think it odd that the exact number of cups were left out.]

I wish you could have the experience of listening to a “secret” raid from the inside.  The youngest campers are the best.  They ascend the stairs with the subtlety of charging rhinos.  Honestly, the house almost shakes as they try to be quiet.  They also manage to whisper in voices that are actually louder than speaking voices. It is rather impressive.

But they leave with smiles, colored tongues and great memories.