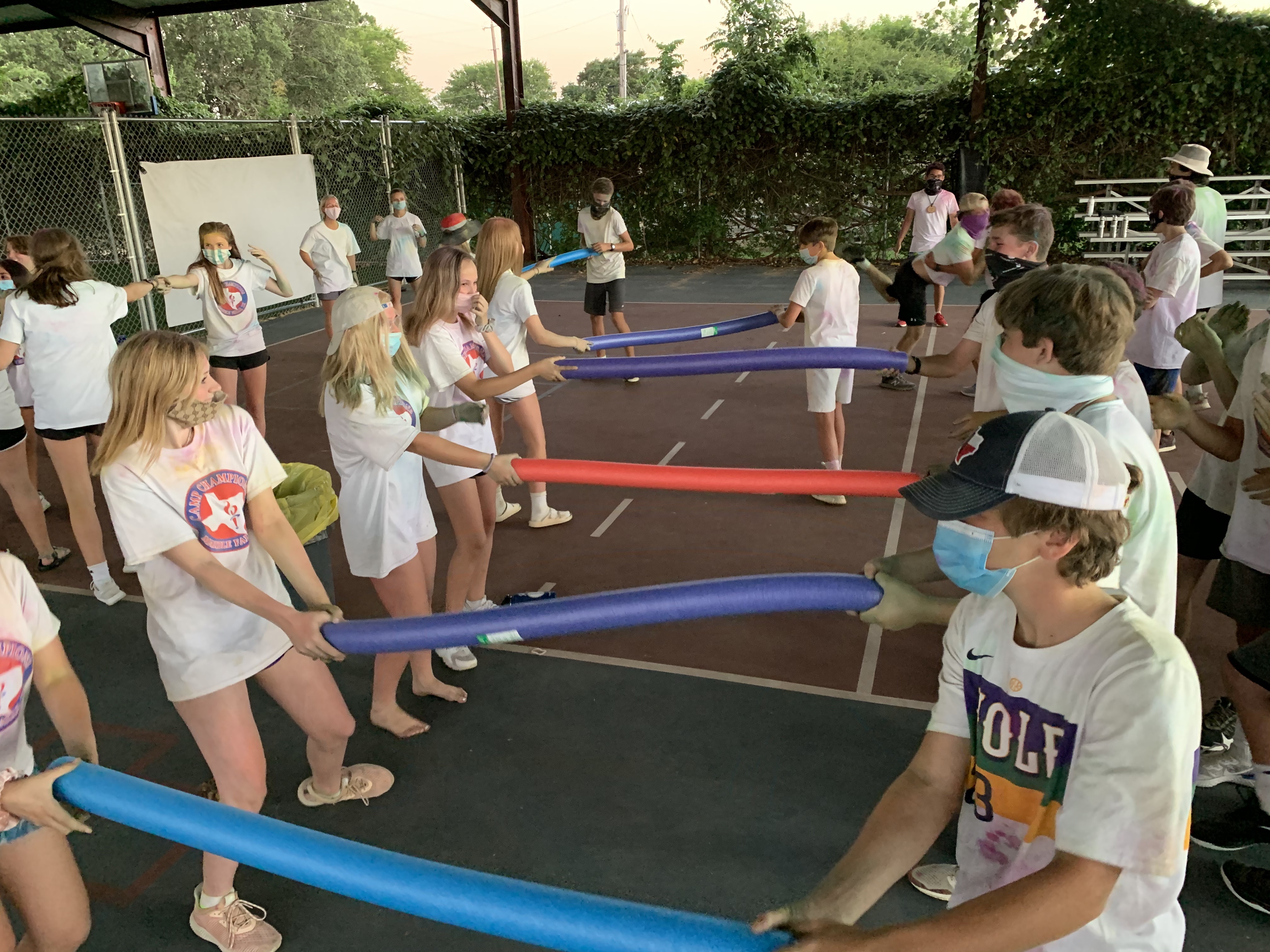 Wednesday is Dance Night at camp.  Camp dances are odd events.  They are not like the dances that we enjoyed/suffered through (depending on the specific dance) in junior high or high school.  People do not have “dates”.  Generally, campers dance in groups rather than in pairs, with the occasional slow dance being the exception.

Some campers eschew the “dance” part altogether and play underneath the nearby cabins that have games like mini-basketball, ga-ga and skee-ball.

Perhaps the most common element of the camp dances are the costumes.  Campers (especially the older campers) make it a point of pride to go all-in on the costumes.

So, in short, dances feature groups of friends dancing together oddly attired.

When we started to plan for the summer, we spent a lot of time thinking about how we make Wednesday nights fun even though campers are not able to dance across cohorts.

Tonight is the first of two “dance night” experiments this term.

We started with a color run.  Campers run through a tunnel of counselors and senior campers who toss colored powder in white t-shirts and get wonderfully messy. 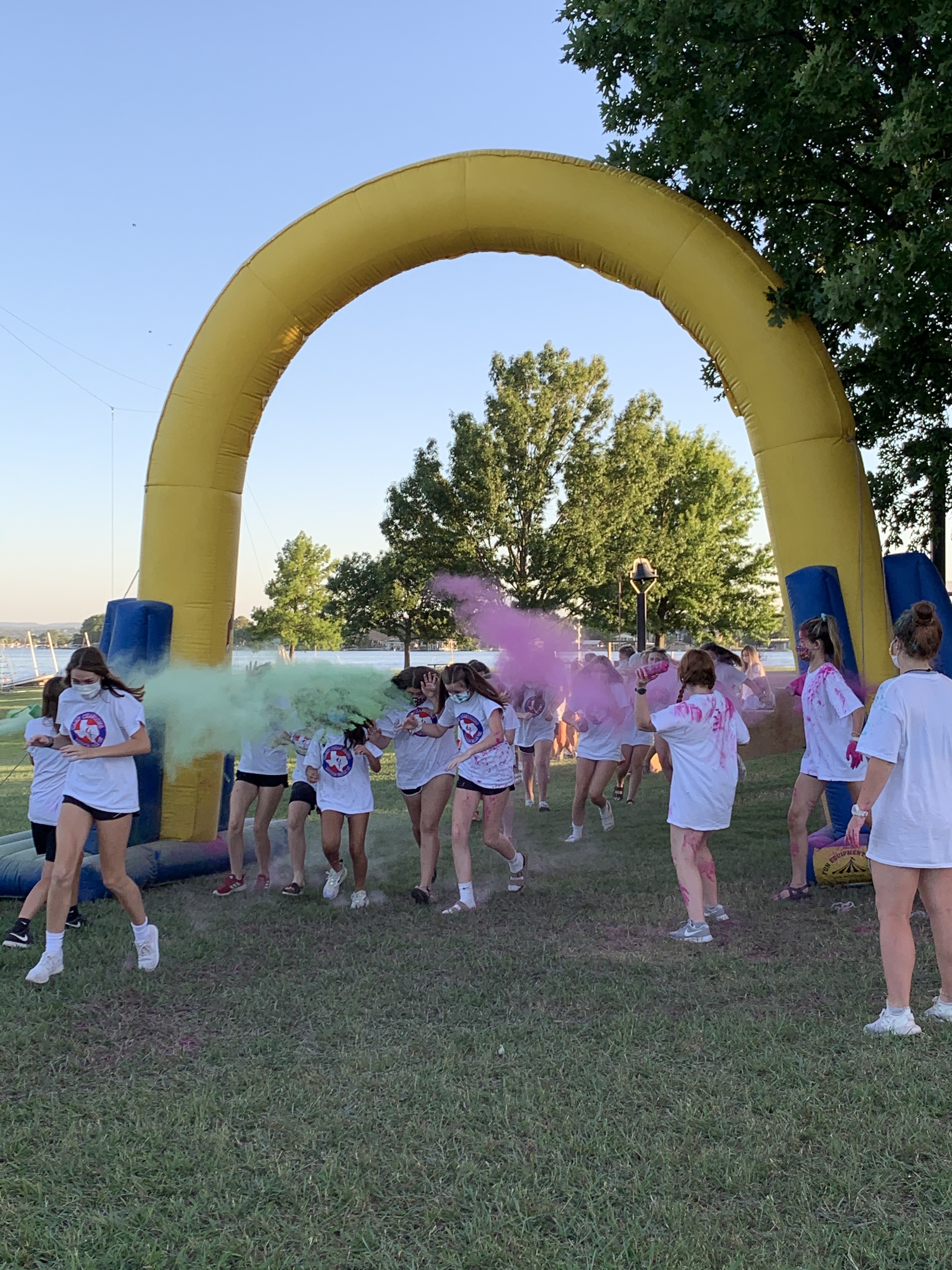 Even Susie Ma’am and I were not immune: 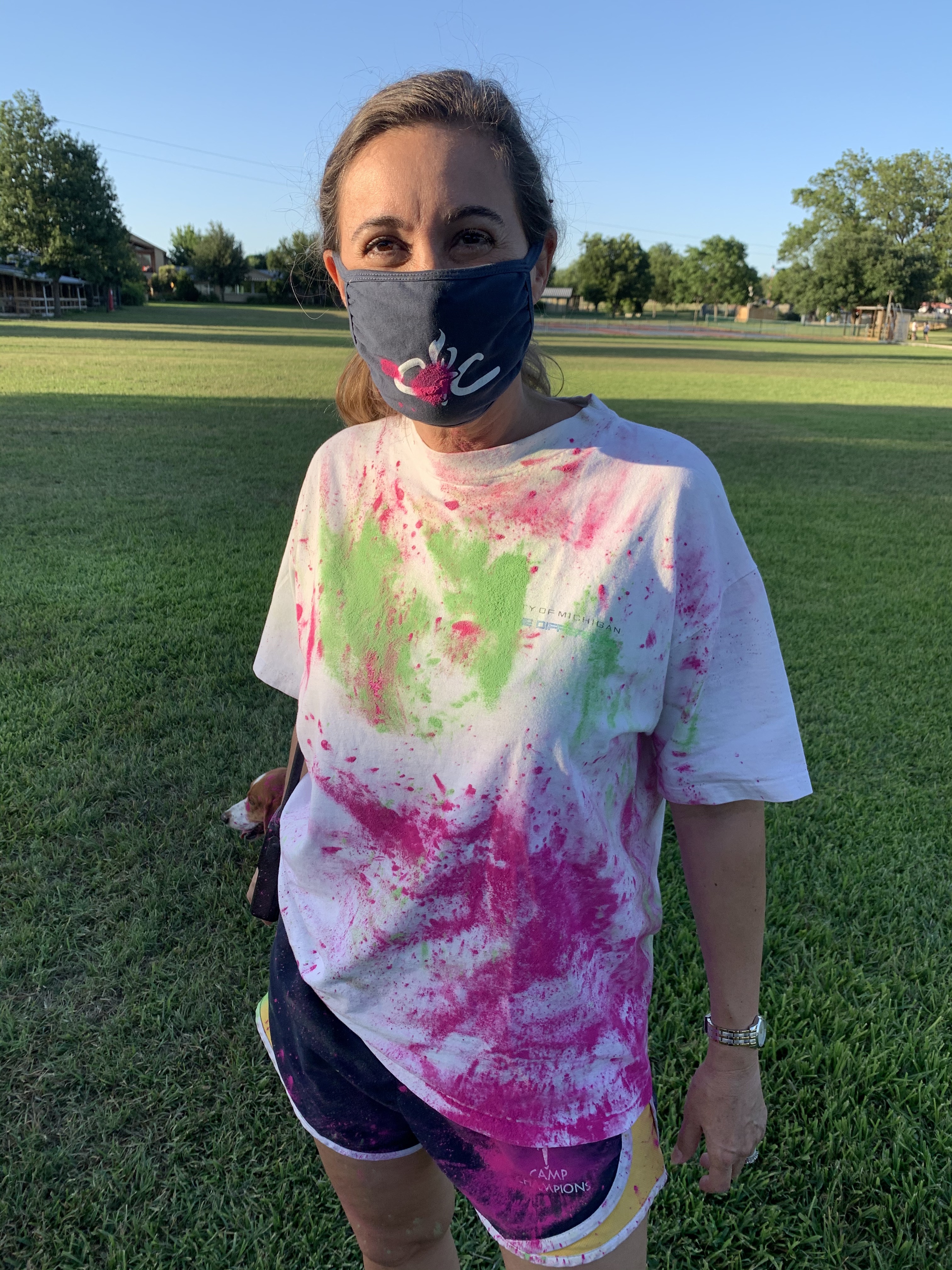 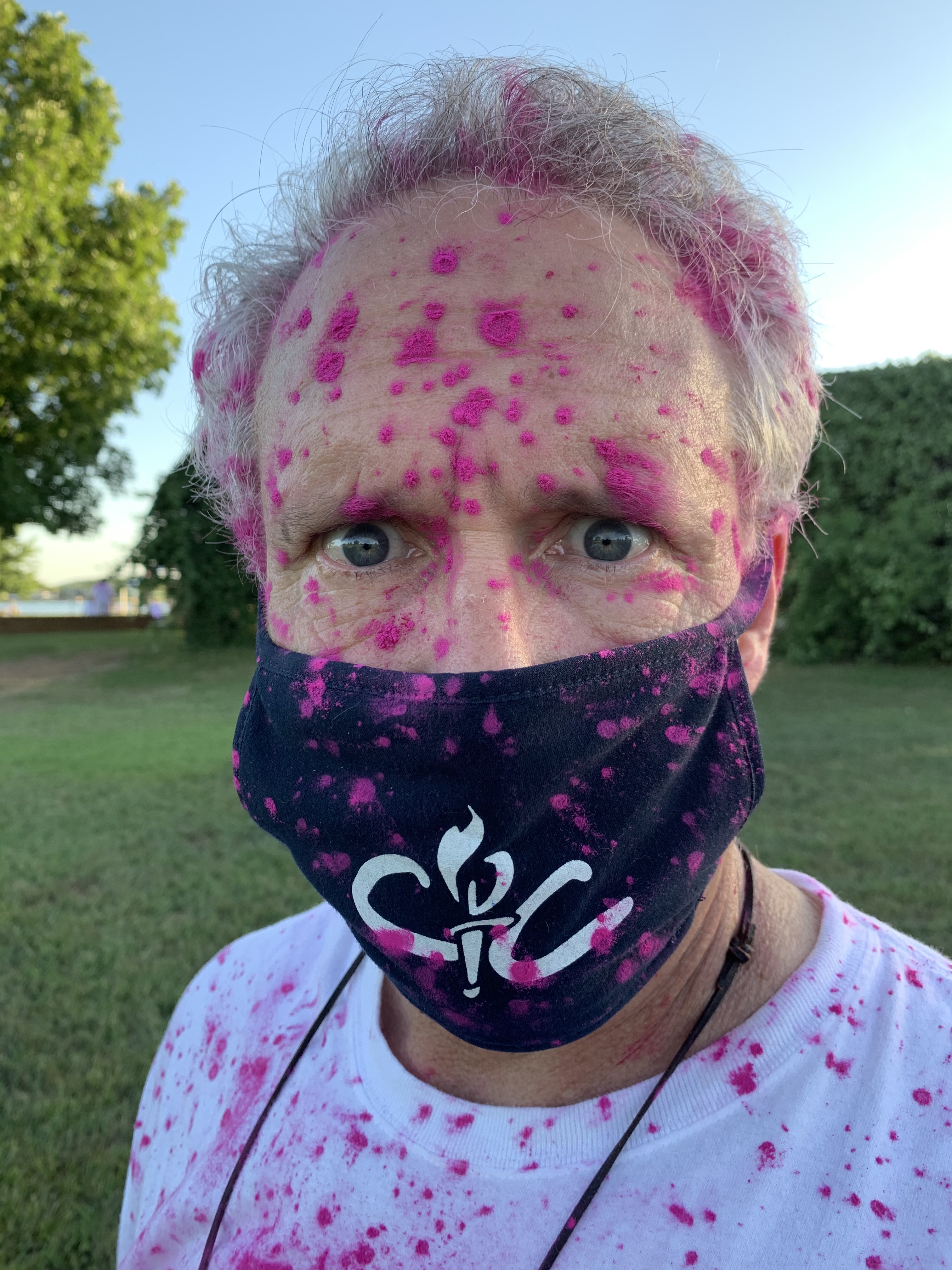 In fact, even Dodger Ma’am got into the act. 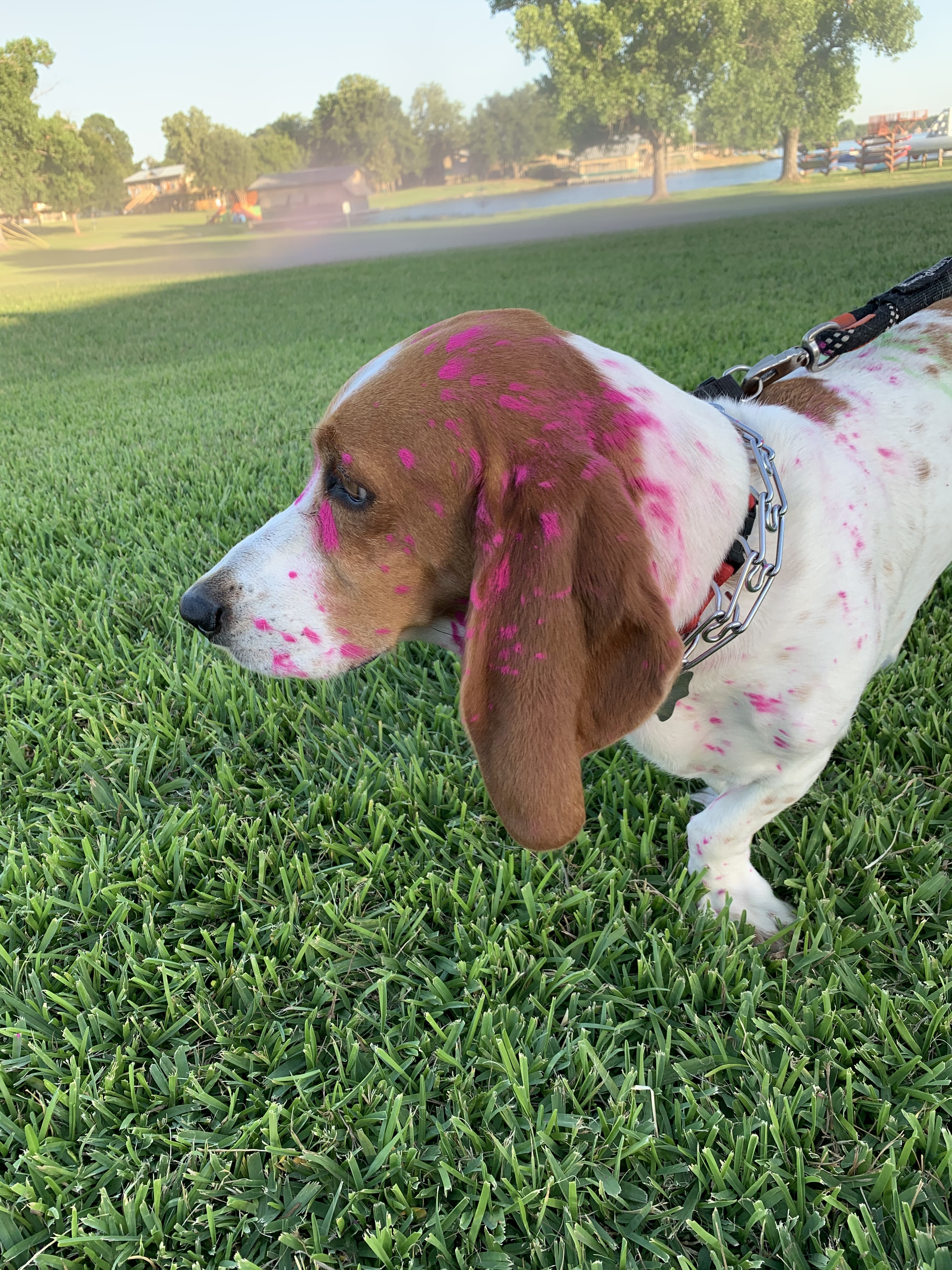 They then went to separate areas for different activities - more color, line dances, sliding down stairs and basic silliness.  Cohorts danced and acted silly as groups and had a blast.

Finally, the oldest kids started a new tradition.  This one really tickled me:

The noodle slow dance.  For the oldest divisions (those finishing 7th grade and older), we allowed one slow dance under the following conditions: 1) you wear a mask and 2) you hold opposite parts of a pool noodle.

Here is a photo.  Frankly, I deeply hope this becomes a tradition for years to come!