The Fourth Was Fabulous! 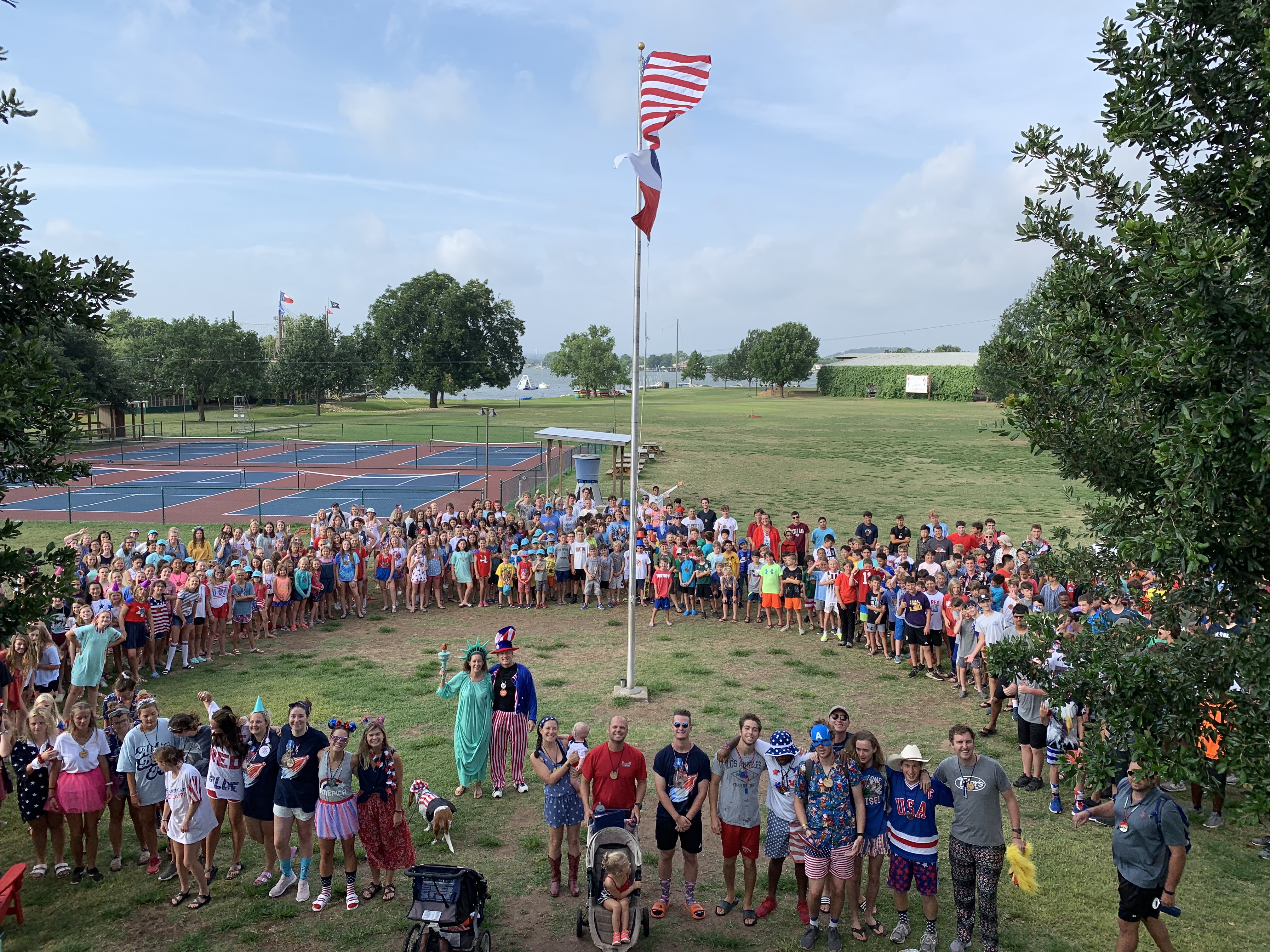 Yesterday, I shared the costumes and color of the Mellow Yellow dance.

Today, I will attempt to describe July 4th at camp.

Before I go any further, I want to answer a question that a parent once asked me. Noticing that we have lots of international counselors and campers, she wondered if the 4thof July made them feel uncomfortable or left out. I assured her that nothing could be farther from the truth. Many of our counselors (even the former oppressors from England) love going to Wal-Mart and buying the most over-the-top red, white and blue outfits they can find.

Susie Ma’am comes as Lady Liberty, I attempt to be Uncle Sam. Most everyone else looks like they were too close to a red, white and blue paint store that exploded. Even Dodger (the camp Basset) got into the act. 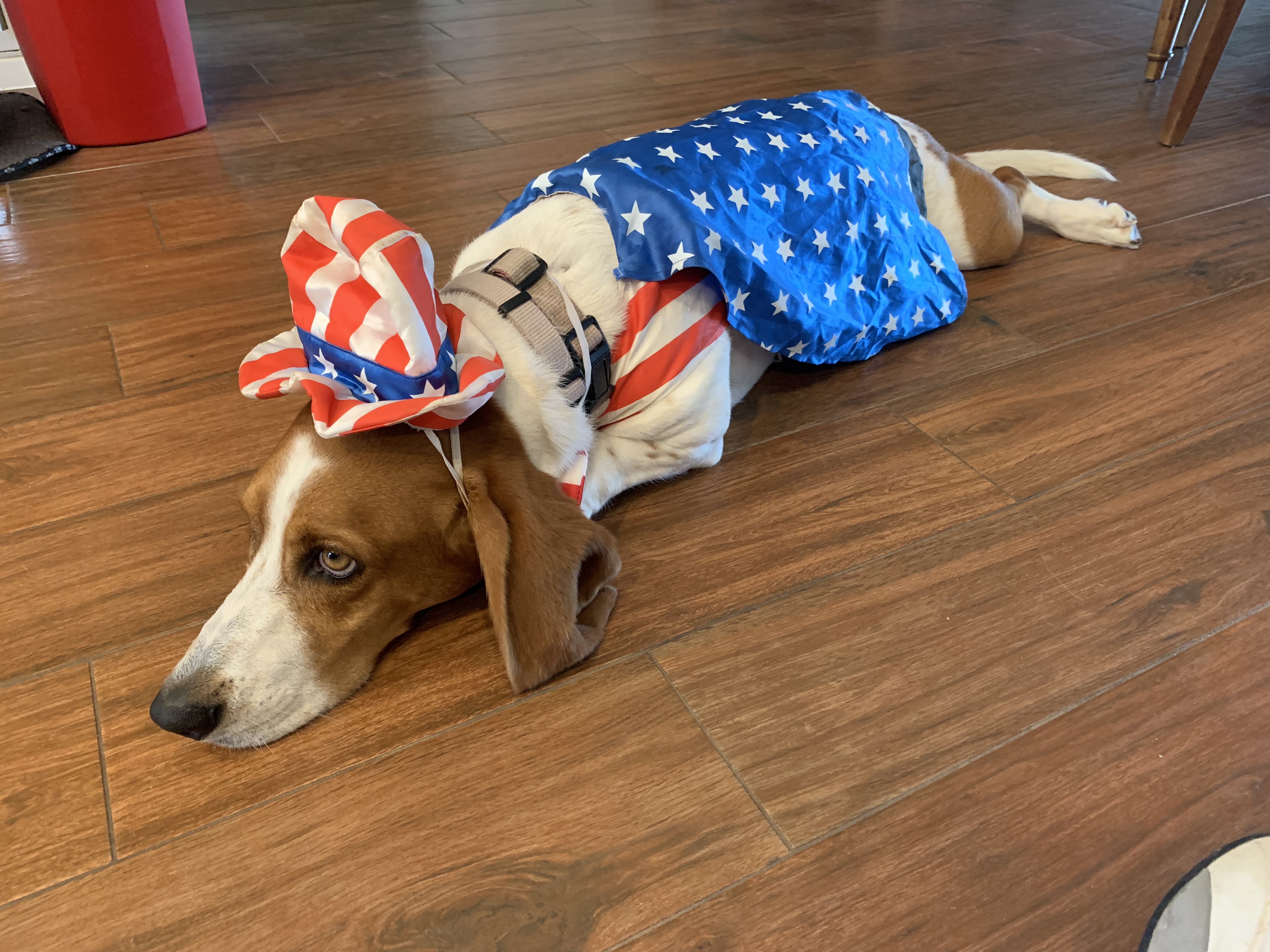 We had a joint flag-raising this morning after an hour sleep-in morning. At flag-raising, we had a brief skit featuring Tasha Ma’am (our English born birthday girl) and the girls’ Division Leaders. Tasha Ma’am chased the DLs as they yelled, “the British are coming!” They then stopped and sang a song together – just like Paul’s famous ride in 1775.

I am sure you are dazzled by the historical content we included before breakfast. But the history lessons did not end there.

In a segment we call “Giggles with Greg”, Greg Golf (our boys’ director) often does a stunt or joke to amuse the masses. This morning, he embodied an inchworm. 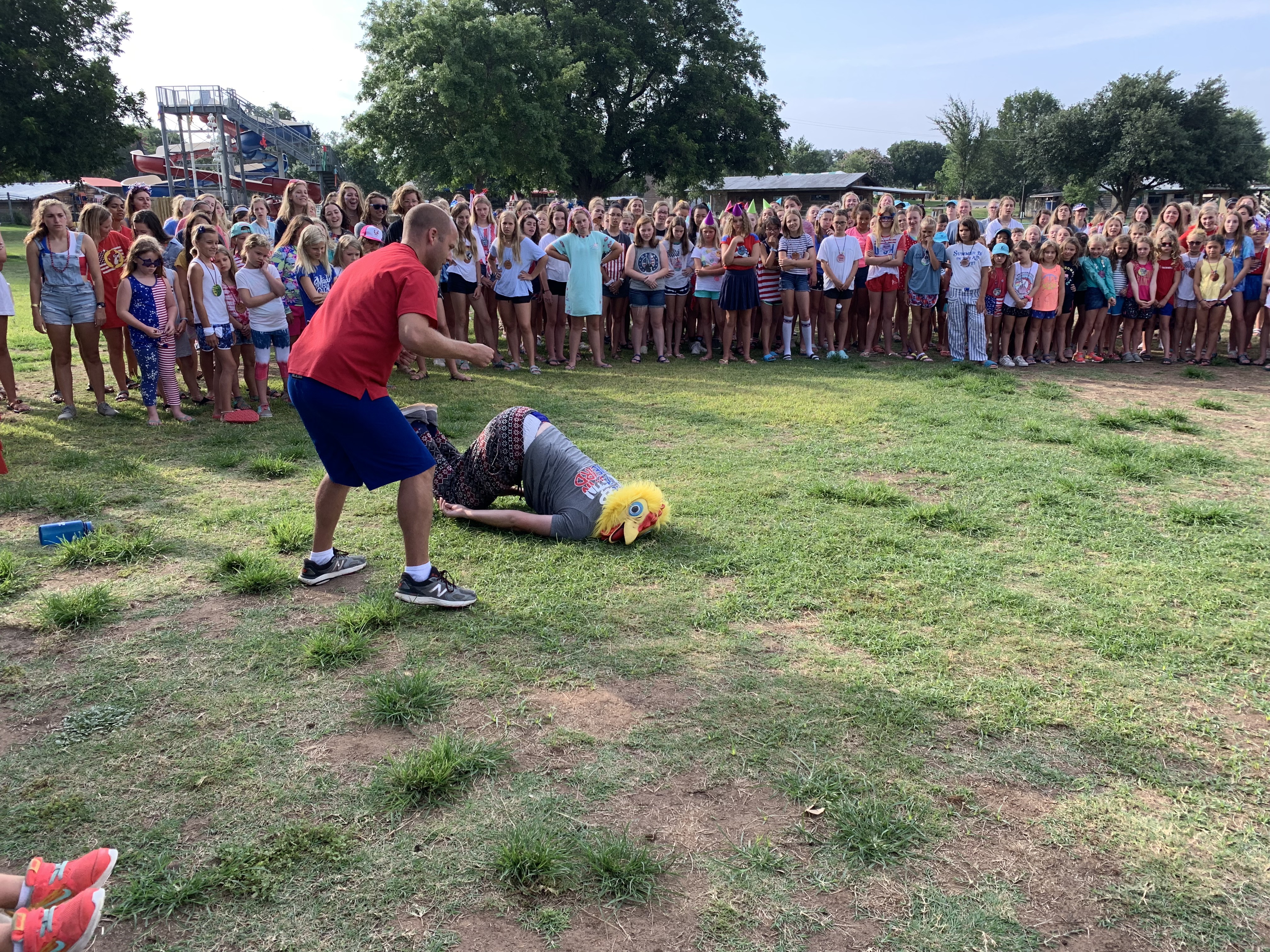 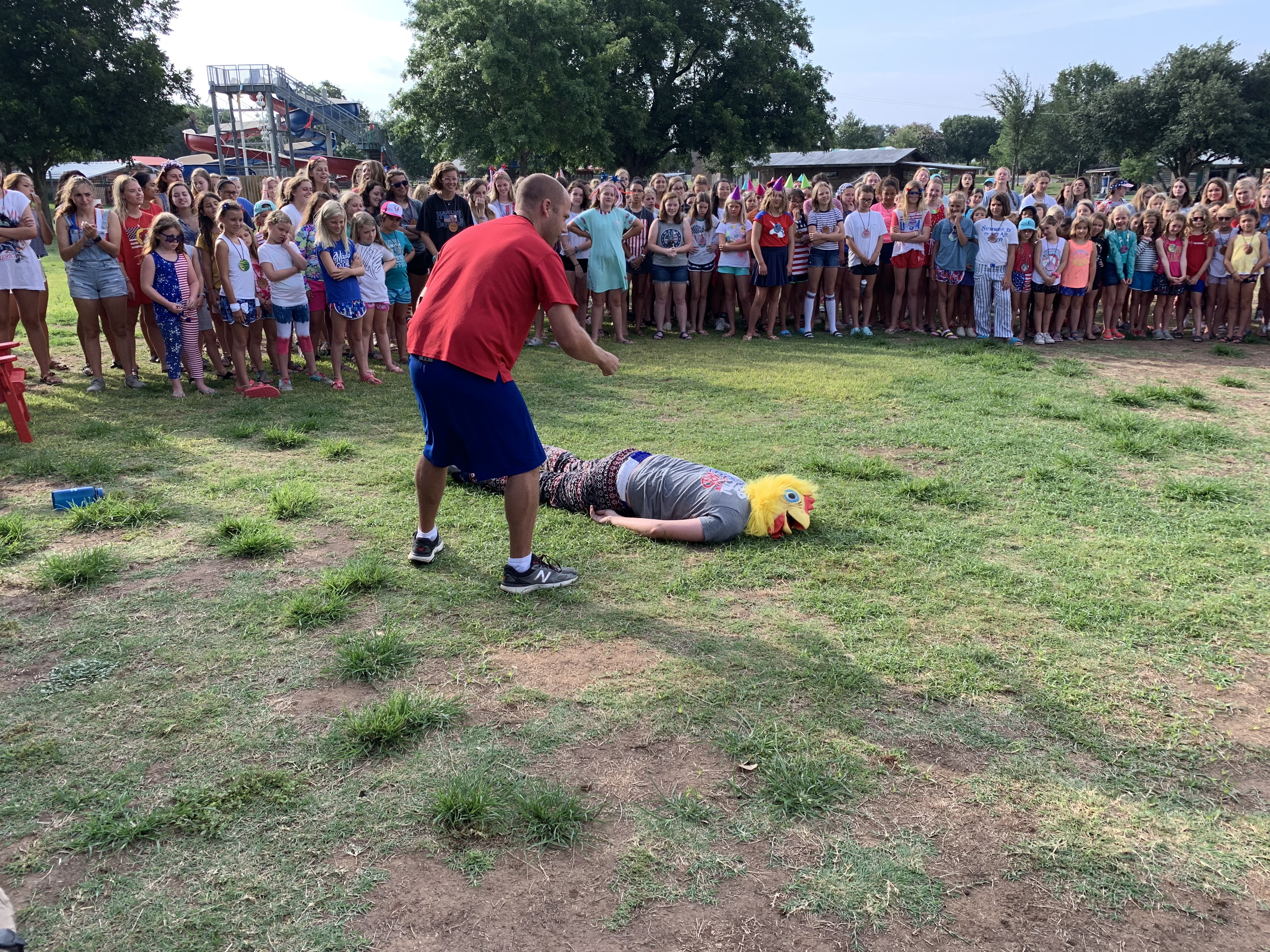 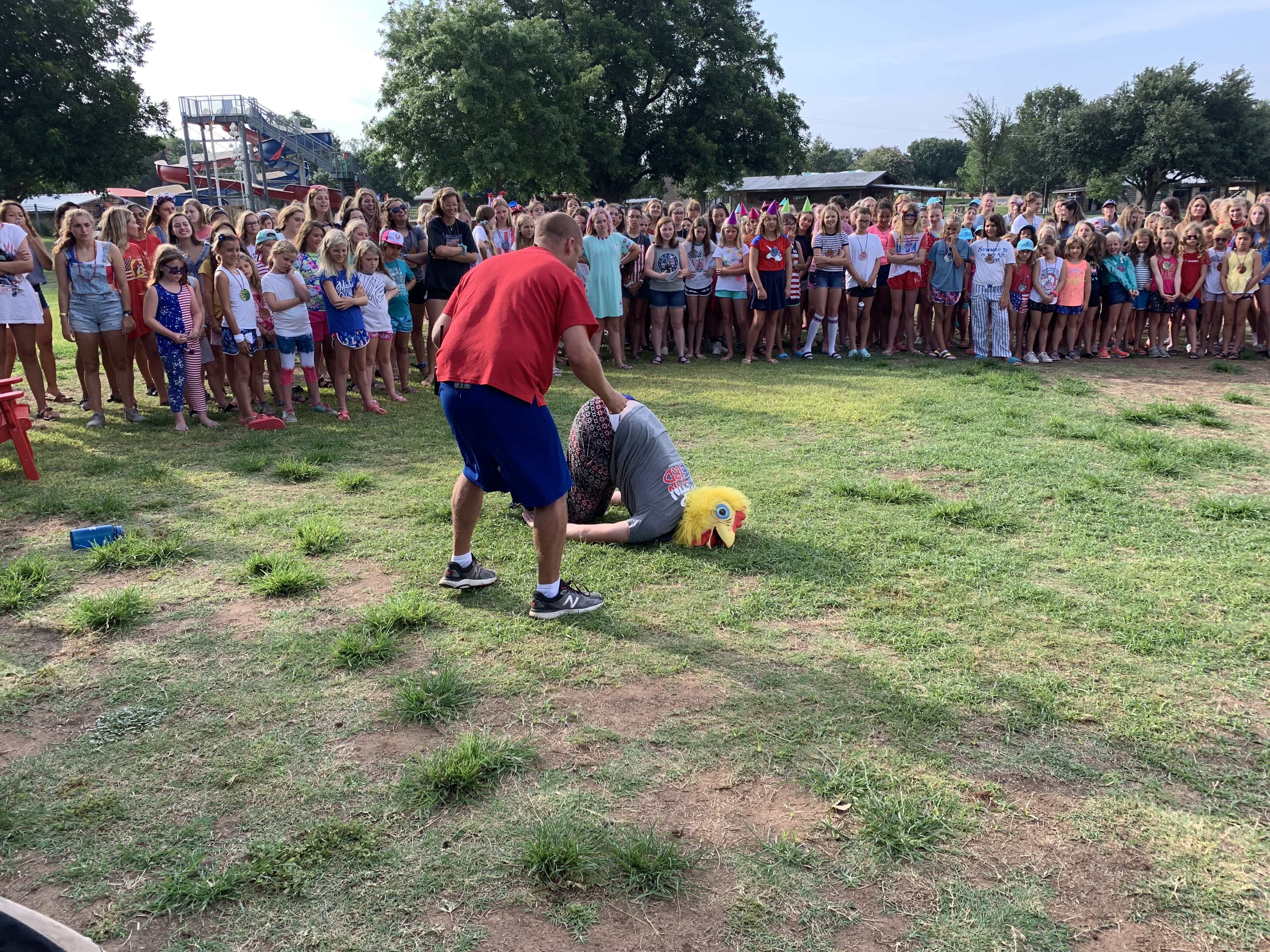 [Note: I did not imagine that a human inchworm would excite dogs. I would have been very wrong. They went after him like he was made of bacon.] 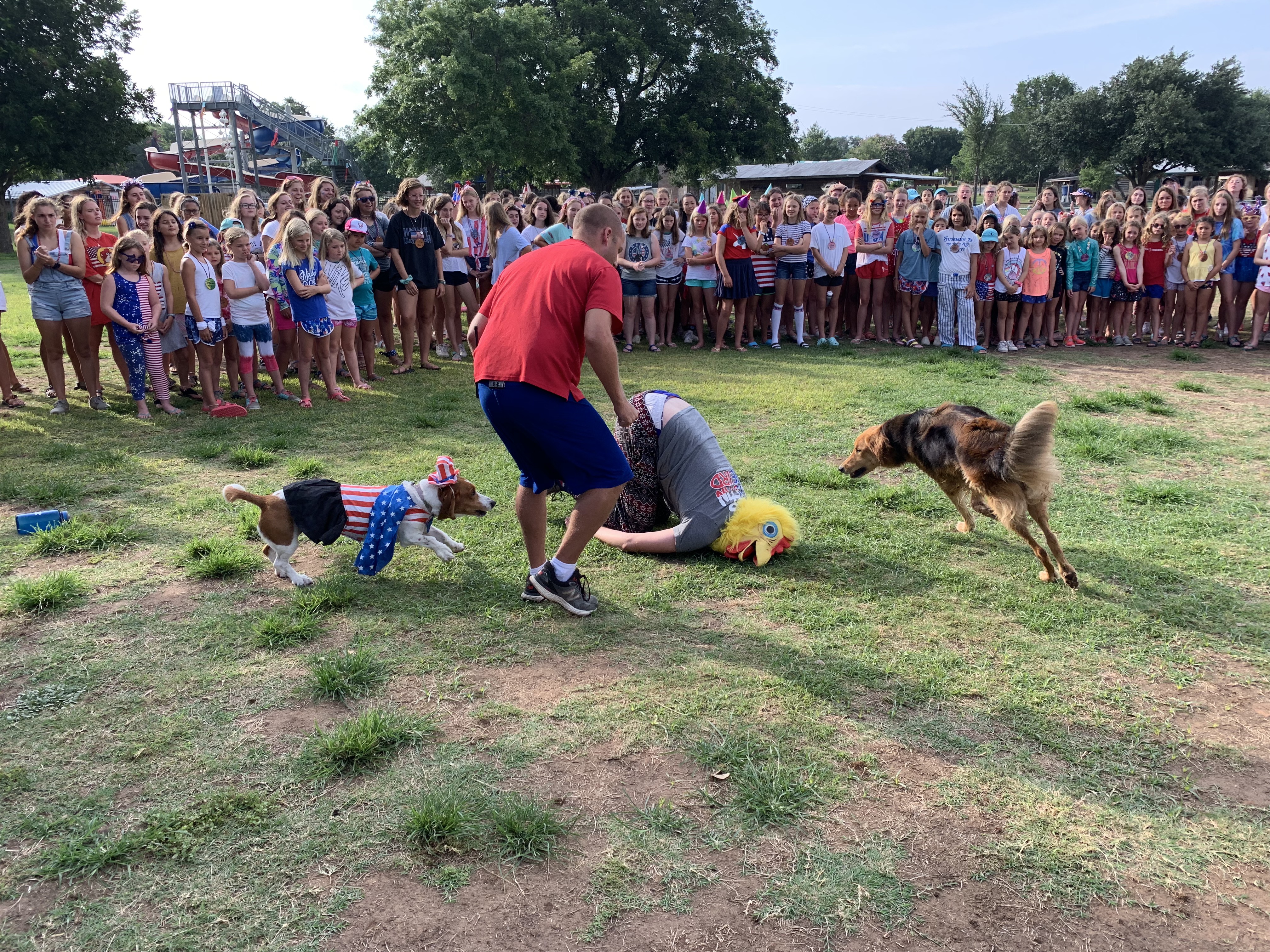 But Greg Sir did more than simply act like a fool. He explained that this tradition goes back to the signing of the Declaration of Independence. While many people know that John Hancock made the largest and most notable signature on that famous document, few know how he secured the right to do so.

Greg Sir helpfully explained that the Founding Fathers conducted an inchworm race to determine signing rights. As many of you surely remember from US History class, Hancock was an amateur inchworm champion. A quick look at Wikipedia confirms that “Hancock was an American merchant, statesman, and prominent Patriot of the American Revolution remembered for his prominent signature and an almost perpetual friction burn on his face from inchworm sliding. As a result, Hancock insisted on portraits featuring only his unscarred side”.

You can look it up. 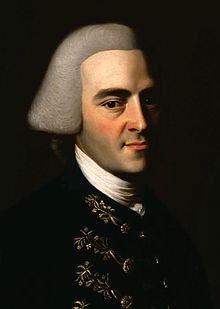 The rest of the day was special throughout. The campers enjoyed activity free choice all morning. In the afternoon, we had a huge “Beach Party” featuring massive inflatables that we bring in just for this occasion. 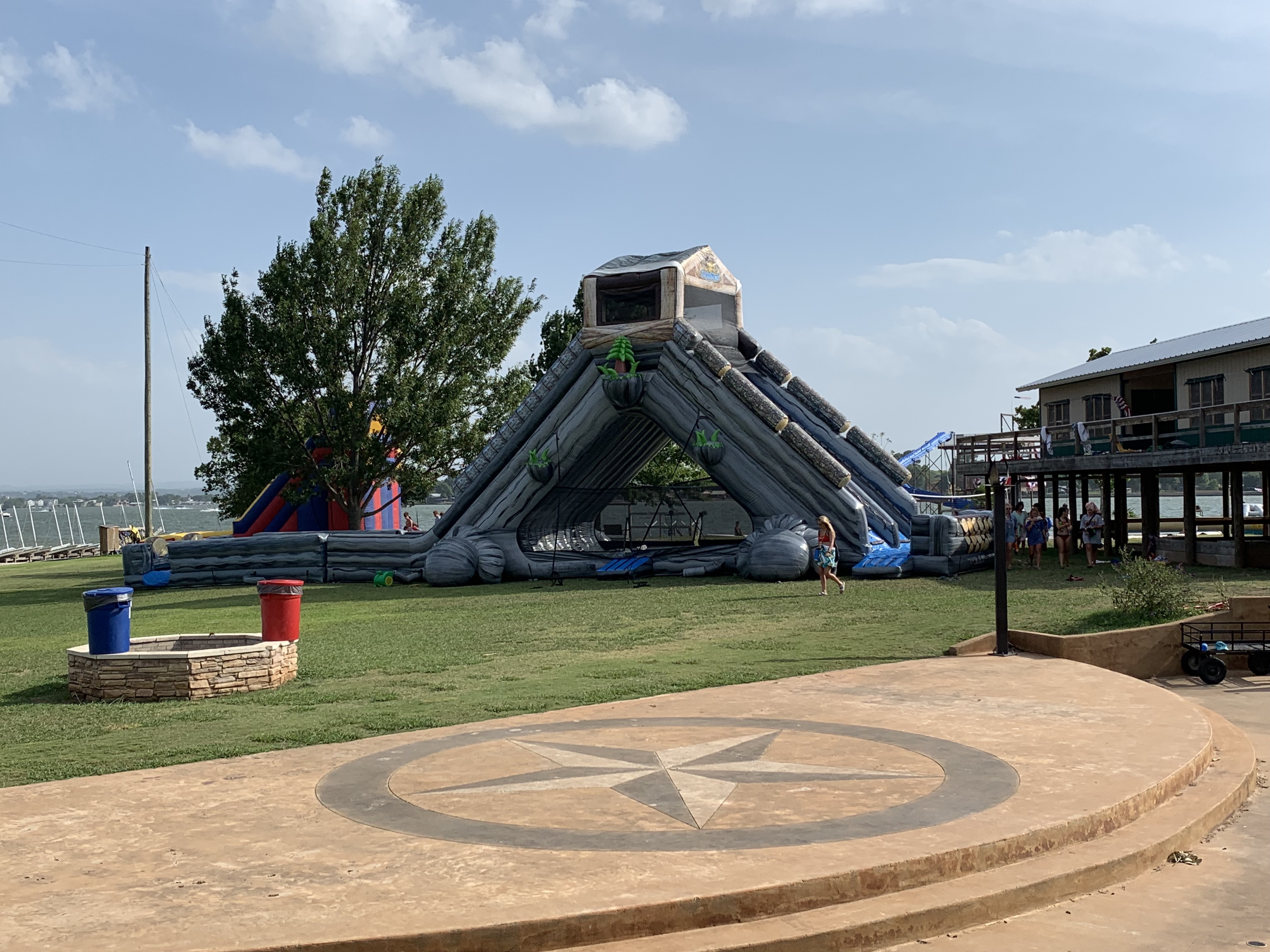 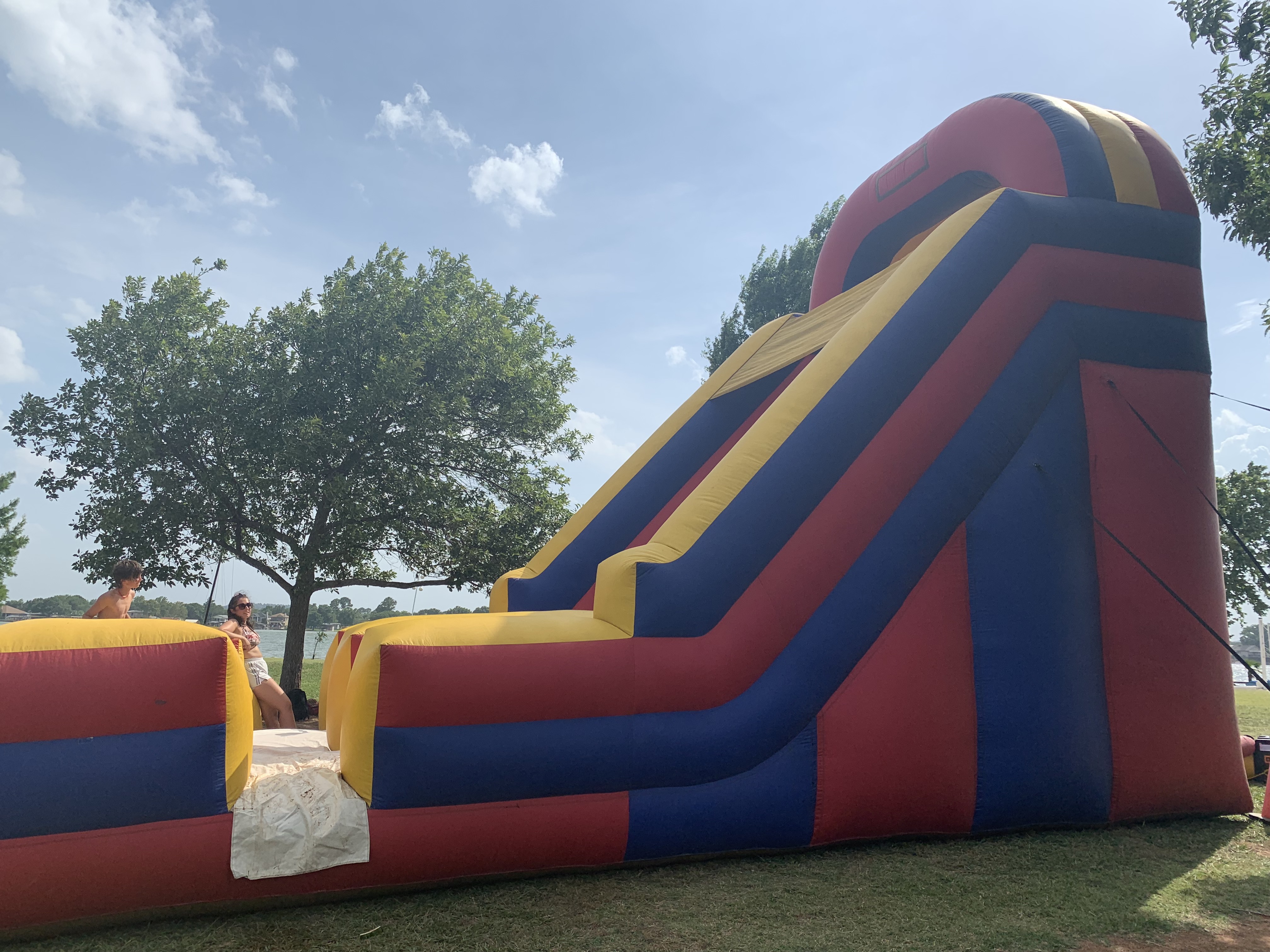 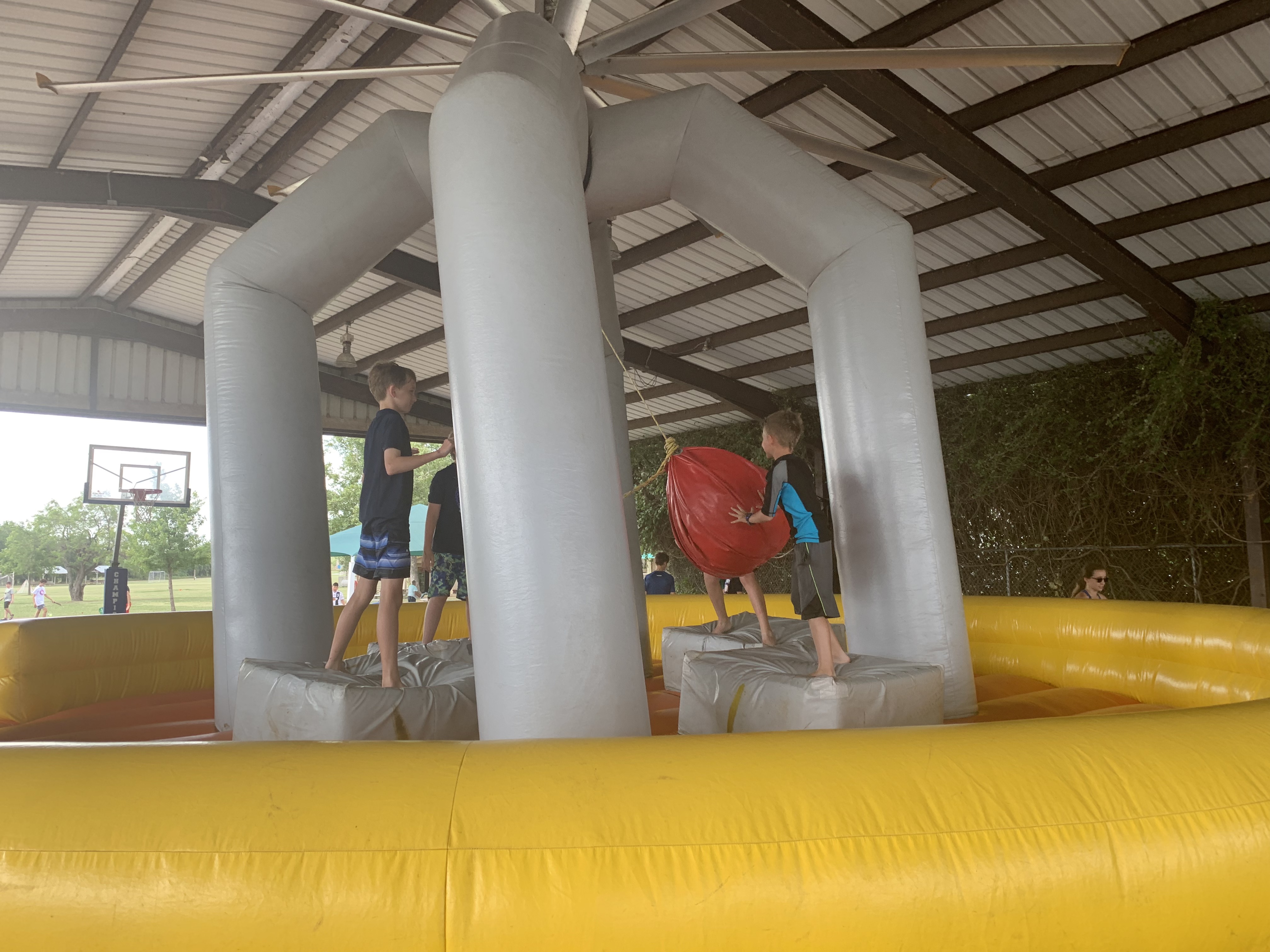 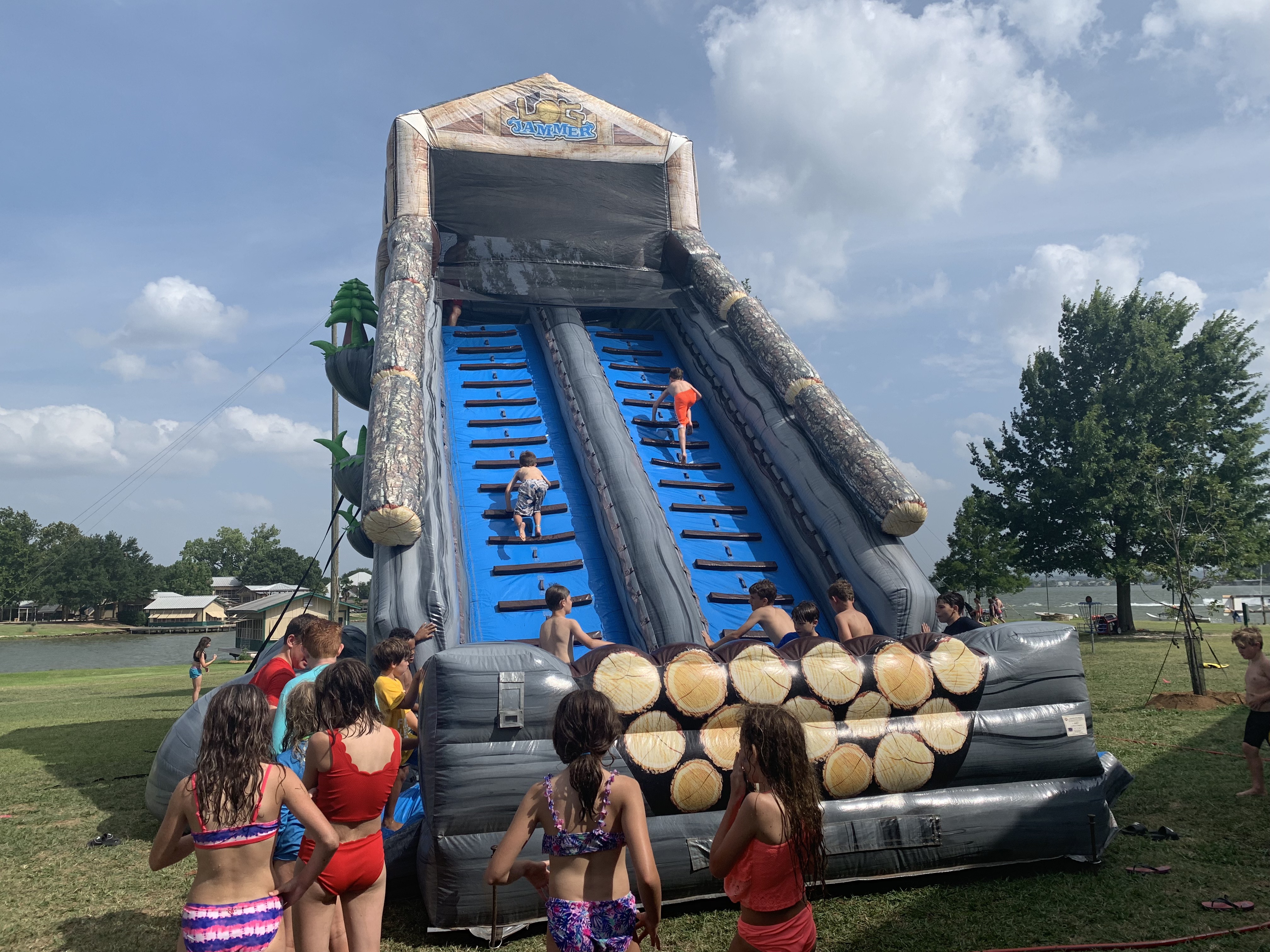 Some campers chose to create an impromptu Magic tournament. 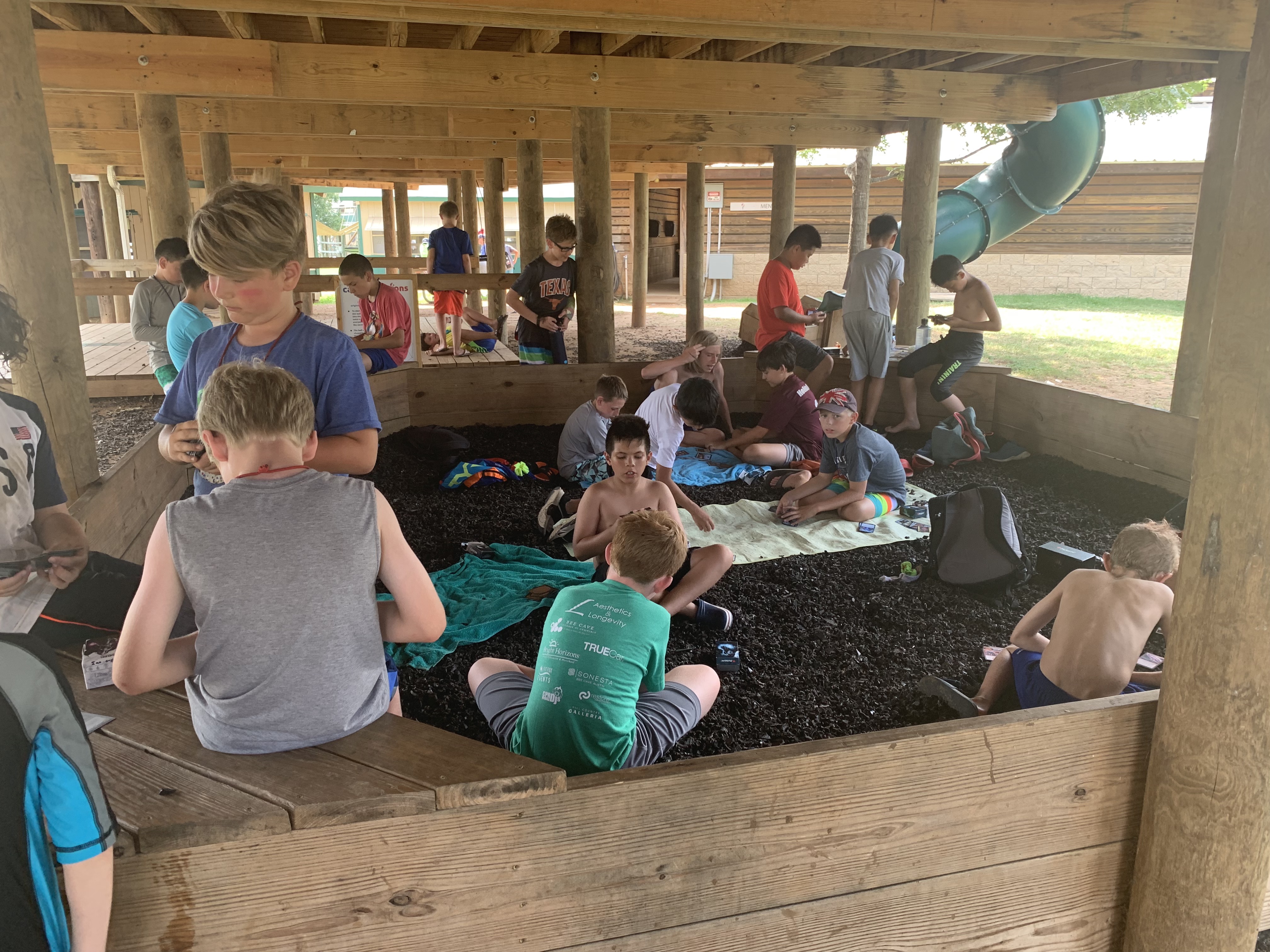 After dinner, we had our County Fair, full of games and silly activities. 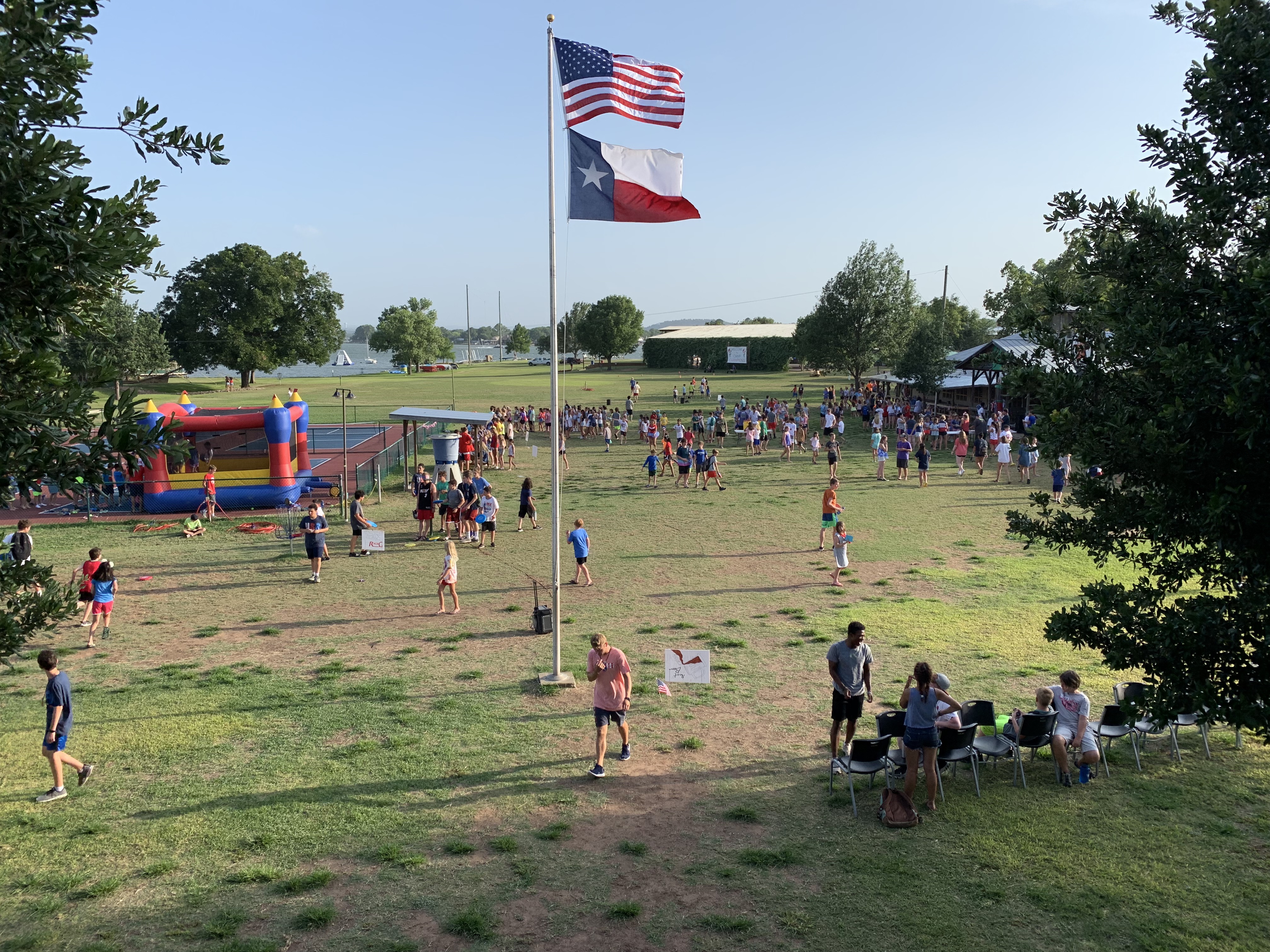 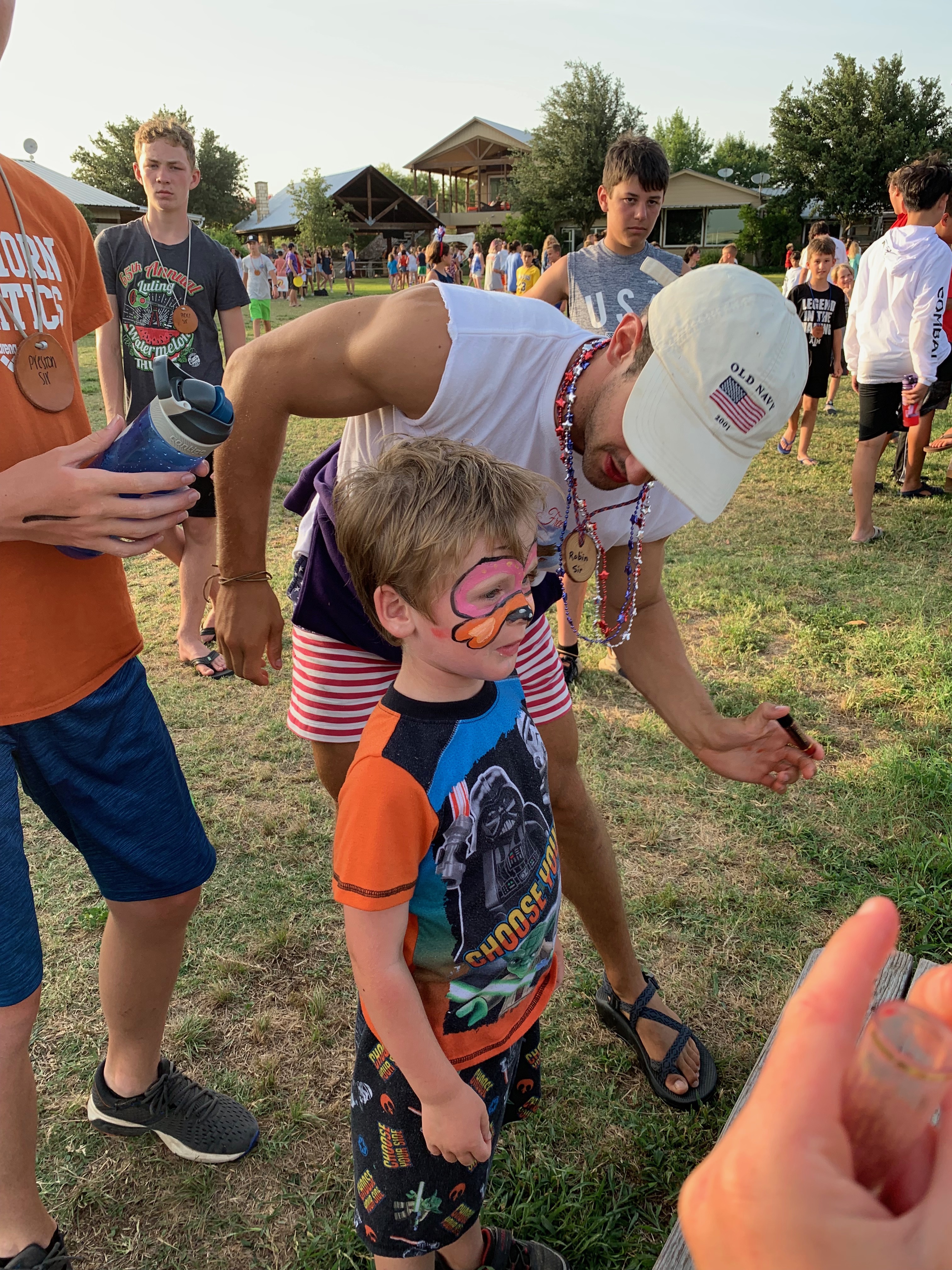 We do not limit our painting to faces, how about some horse painting? 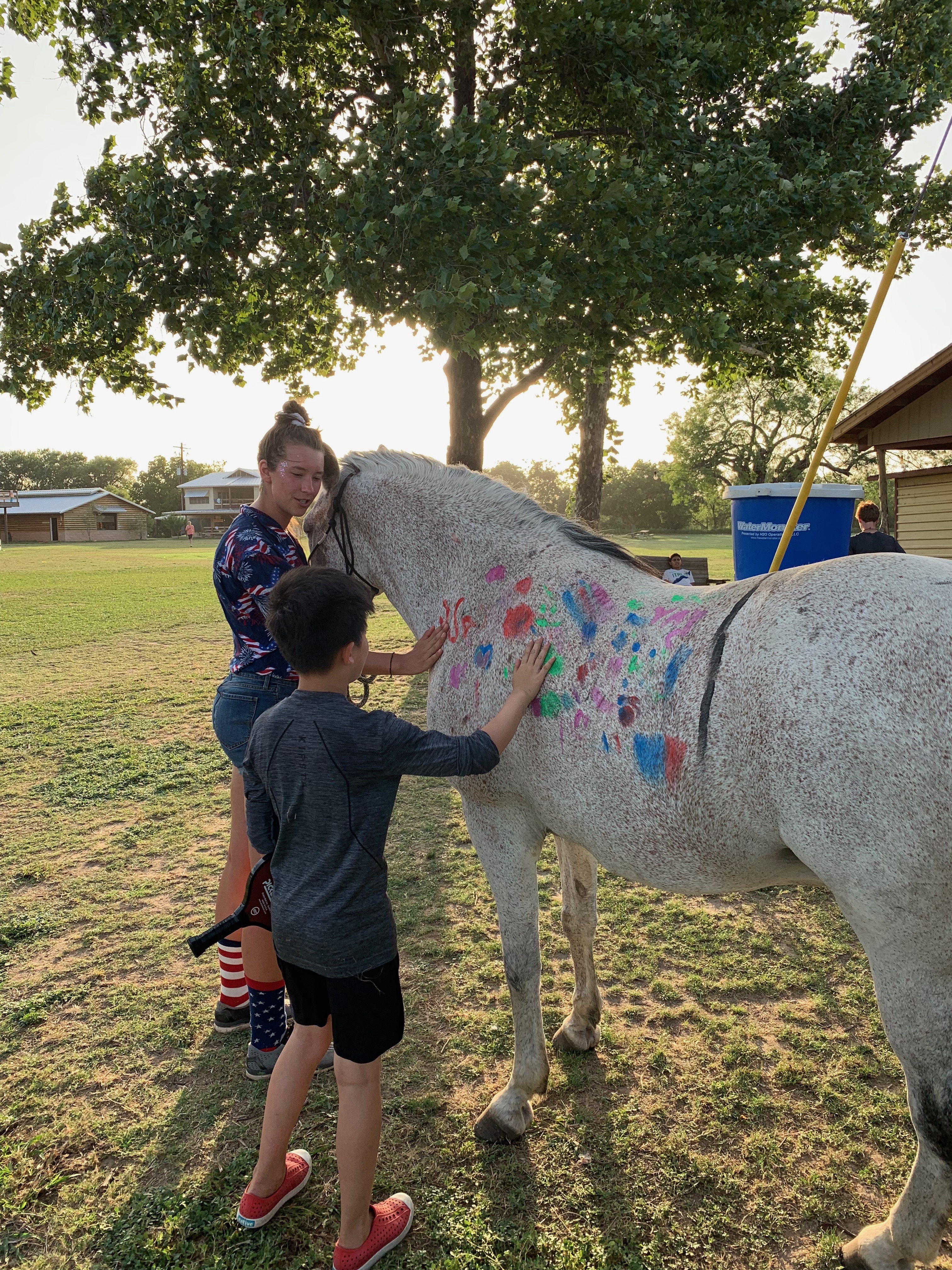 Fortune telling - these are some focused psychics! 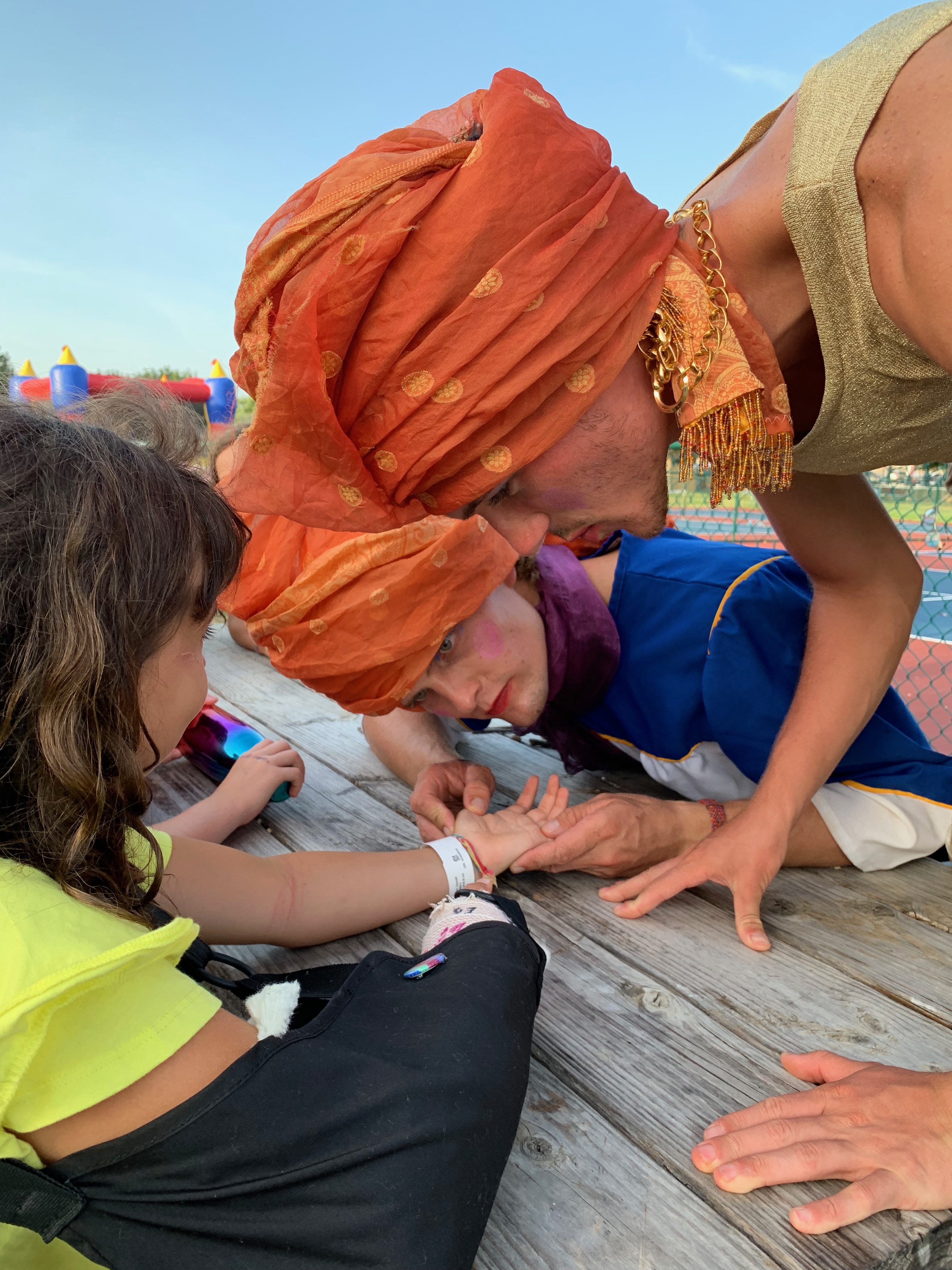 Arm-wrestling - our gal on the left won this one! 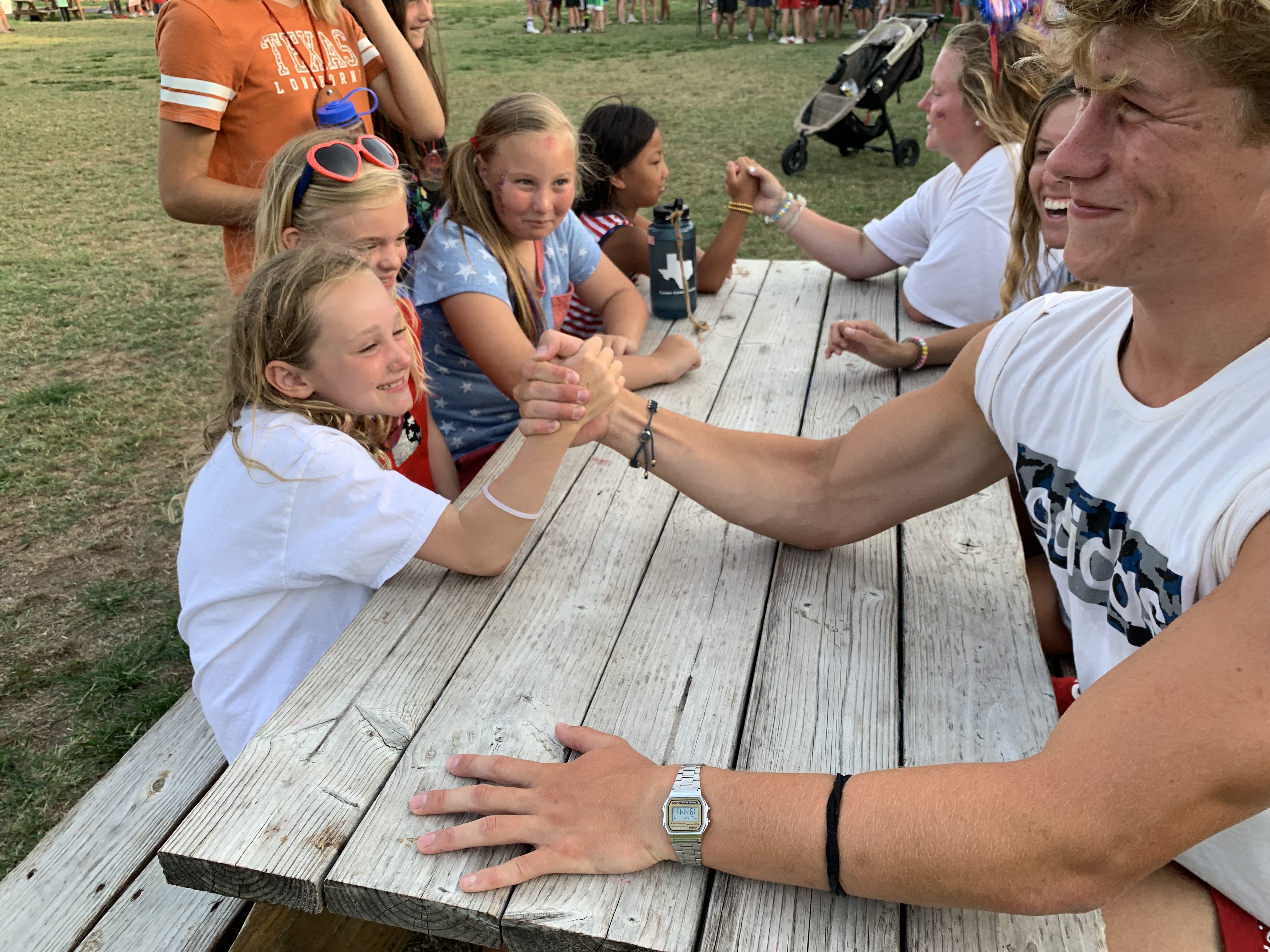 And here is one of our better costumes. 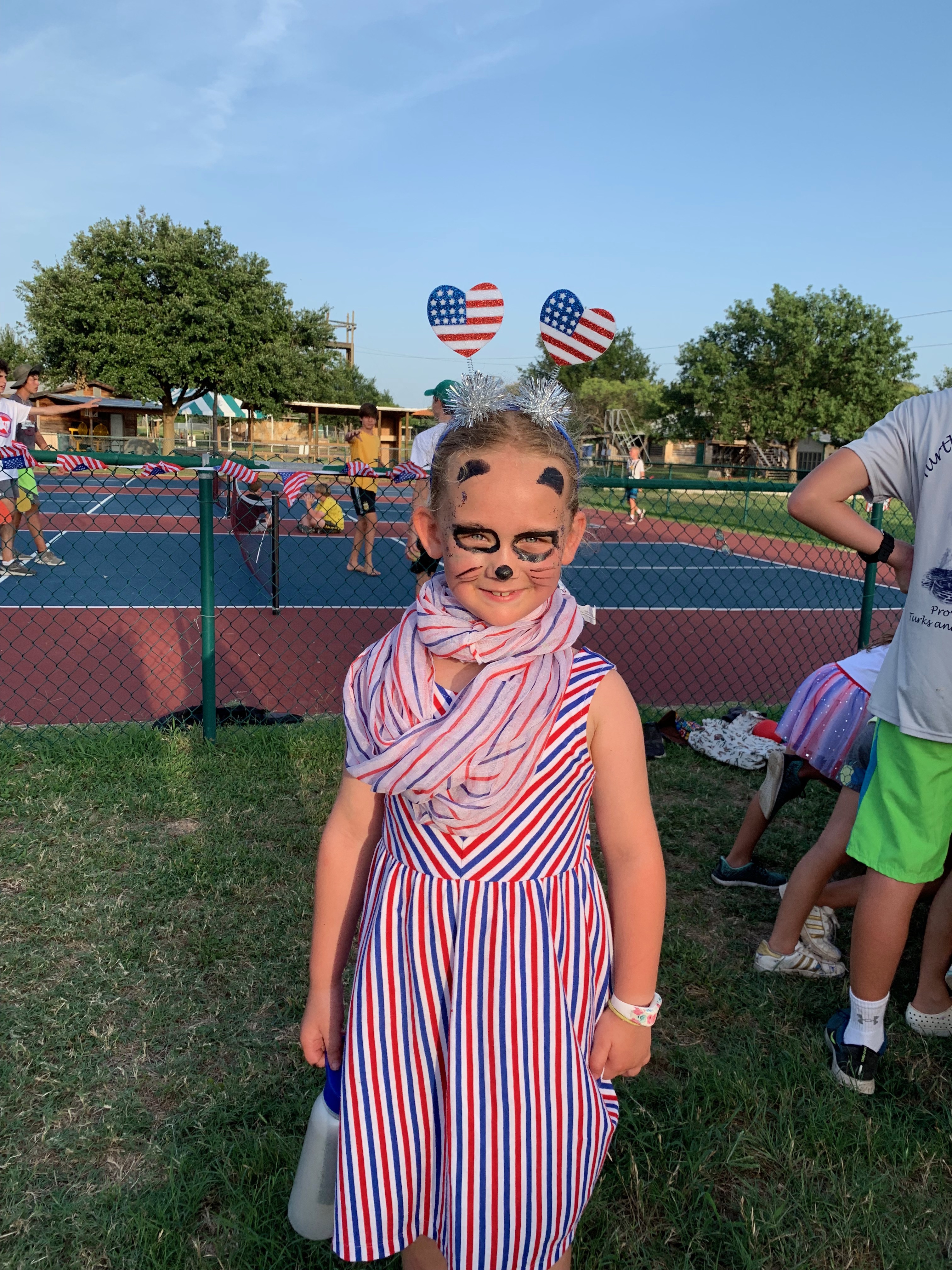 Torchlight included a historical skit about the American Revolution. Worry not, my dear parents. We maintained the same accuracy and attention to detail that Greg Sir modeled during the inchworm demonstration.

We concluded the evening with a substantial fireworks show. Ours might not quite rival those of cities, but it was still a truly impressive display.

We all hope you had at least half as much fun on your 4th as we did here!