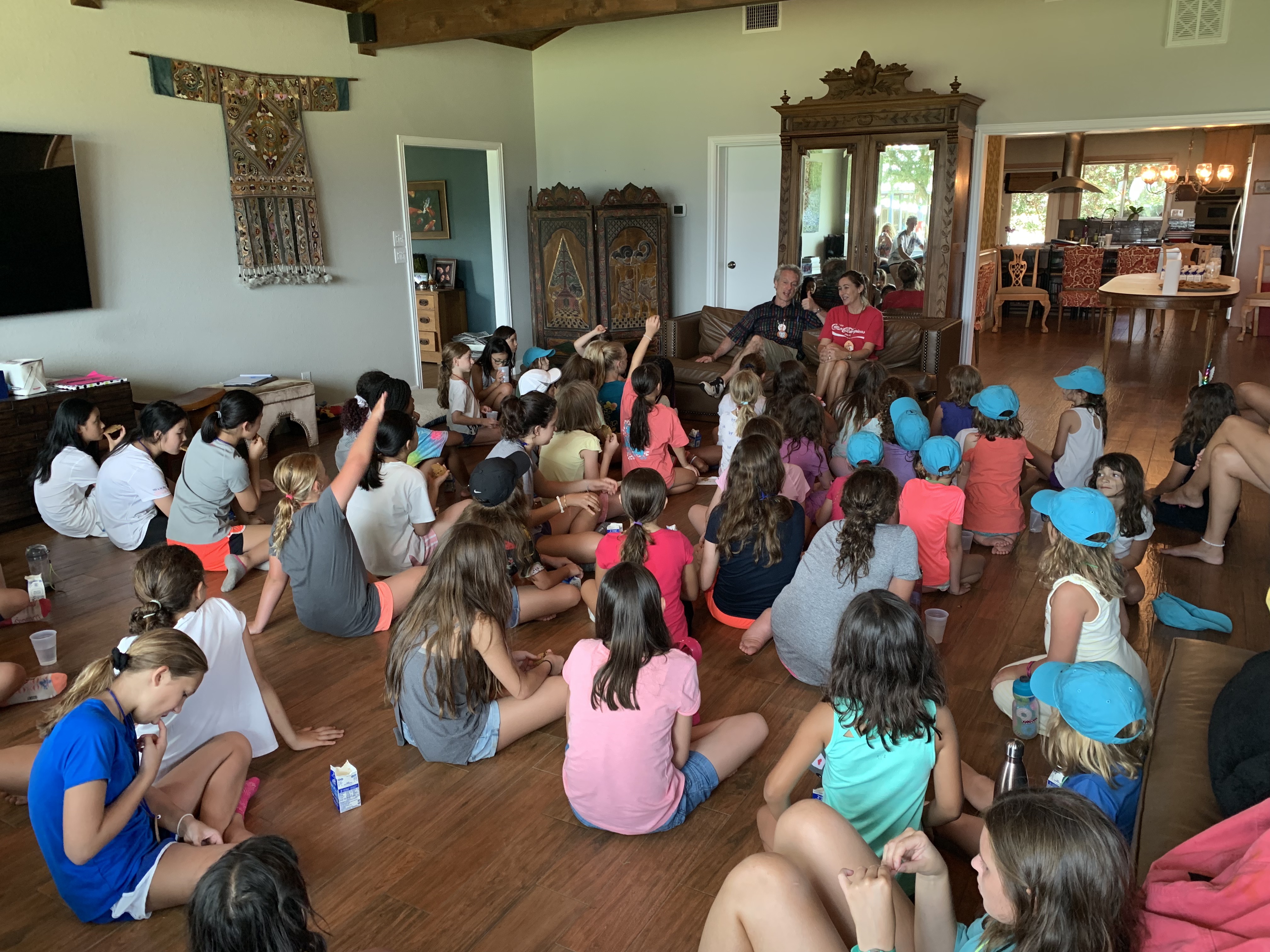 We put a huge amount of thought and intentionality into the first couple of days of camp. We believe that starting out well is the absolute key to having a great term – both for our new campers and our returners. When a cabin gels – happiness follows.

Before I describe our first-day efforts, let me share a conversation that has helped form our thinking about setting camp up for success.

I had a consultant friend who once shared a rather cryptic thought: “I really dislike problem-solvers.”

Knowing that he was trying to make a point, I took the bait, “Why is that Joe?”

“Problem solvers look for problems to solve. That is OK at first, but once they have fixed everything in their own control, they go around identifying everyone else’s problems. That gets very old, very quick.”

“I understand your point, but does that mean that you would rather just live with the problems?”

“Not at all. If the only choice were between having problems or a problem solver, I would take the problem solver. But there is a profoundly better option.”

“Find that rare person that can create an environment where problems are unlikely to arise.”

I have thought about this concept ever since. This brings me back to the first couple of days of camp. If counselors can create cabins that are loving and accepting, there will be fewer arguments. If we can help new campers feel comfortable and embraced, they will be less homesick. This is important for returning campers as much as new ones. Everyone wants to have their cabin “settle in” and move forward to having a blast.

So please let me describe some of the efforts we do in our first days to help “create an environment where problems are unlikely to arise.”

First, we realize that different groups have different needs, though some are shared.

For example, everyone wants to have a cabin that is fun, functional, and friendly. So we make sure that our first Nightly Rituals are engaging, inclusive and funny. [Note: every cabin ends each day with a Nightly Ritual. This is basically an end-of-day sharing session. I truly love this tradition for so many reasons. We practice positivity. Everyone shares something – so we get to be both speakers and listeners. Also, since it happens in the evening at a time when kids would typically be watching a screen or doing homework, it seems extra special. As a result, it really helps cabin bonding.] I think this photo helps you get a feel for how lovely the evenings are. 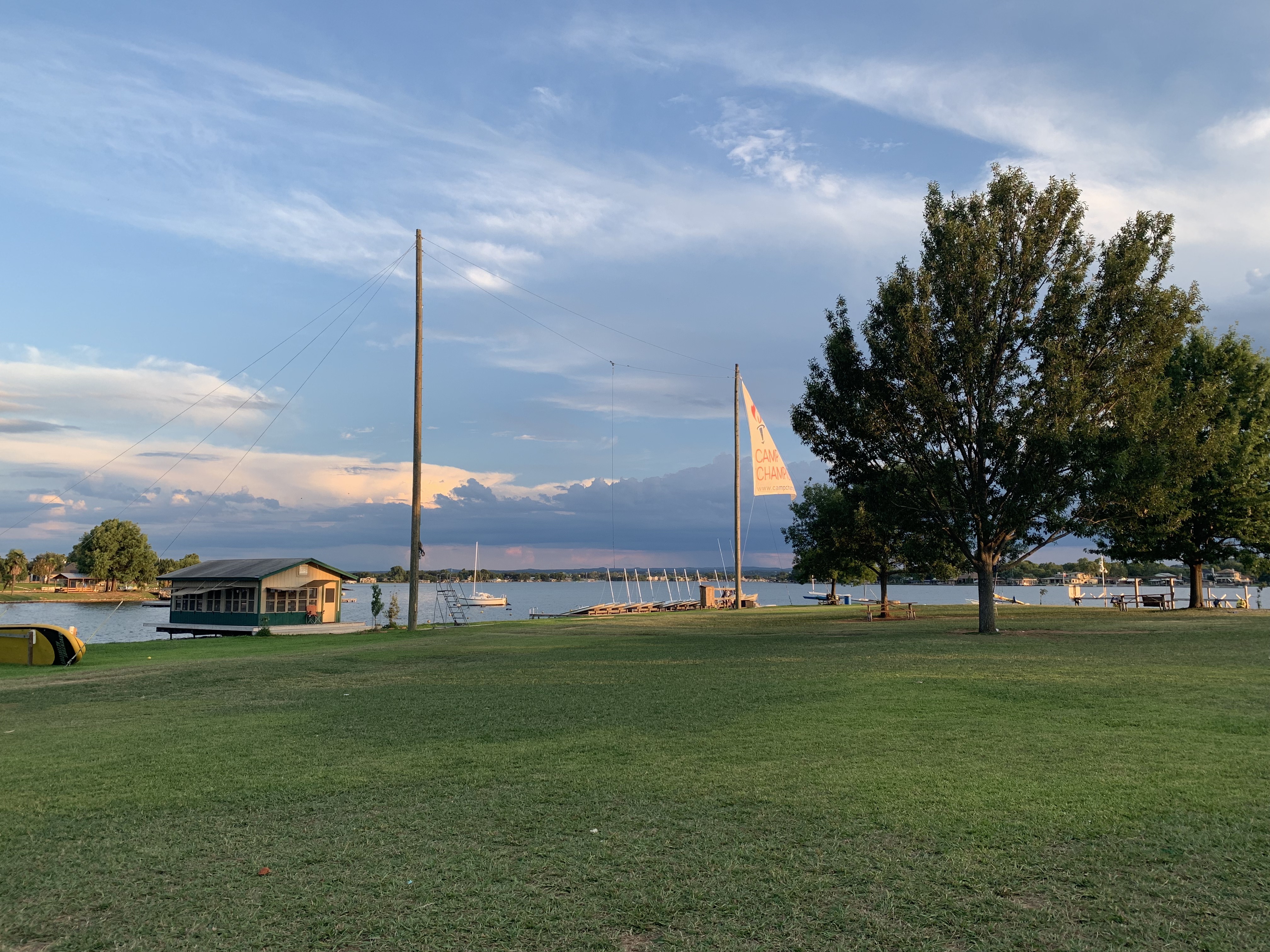 The cabins make their owns rules on the first day. This exercise empowers the campers and helps them hold each other accountable. Rules will cover everything from respecting other campers’ belongings to how we communicate (be nice, don’t gossip).

For the older campers (most of those who just finished 6th-8thgrades) we changed their activity on the first night: they went into the woods and cooked their own meals, had some cabin time and team-building activities (including a rope burn). Our goal here was to help everyone start on the same page. At that age, some campers are brand new while others might be on their 7thor 8thsummer. Putting them in the woods created an experience that was equally unusual for all of them, so it was a bit of an equalizer.

For the younger campers, we chose evening activities on Sunday night that encouraged both shared play (like playing with a parachute or making silly poses for photos) and shared conversation (name games, unusual facts, etc). 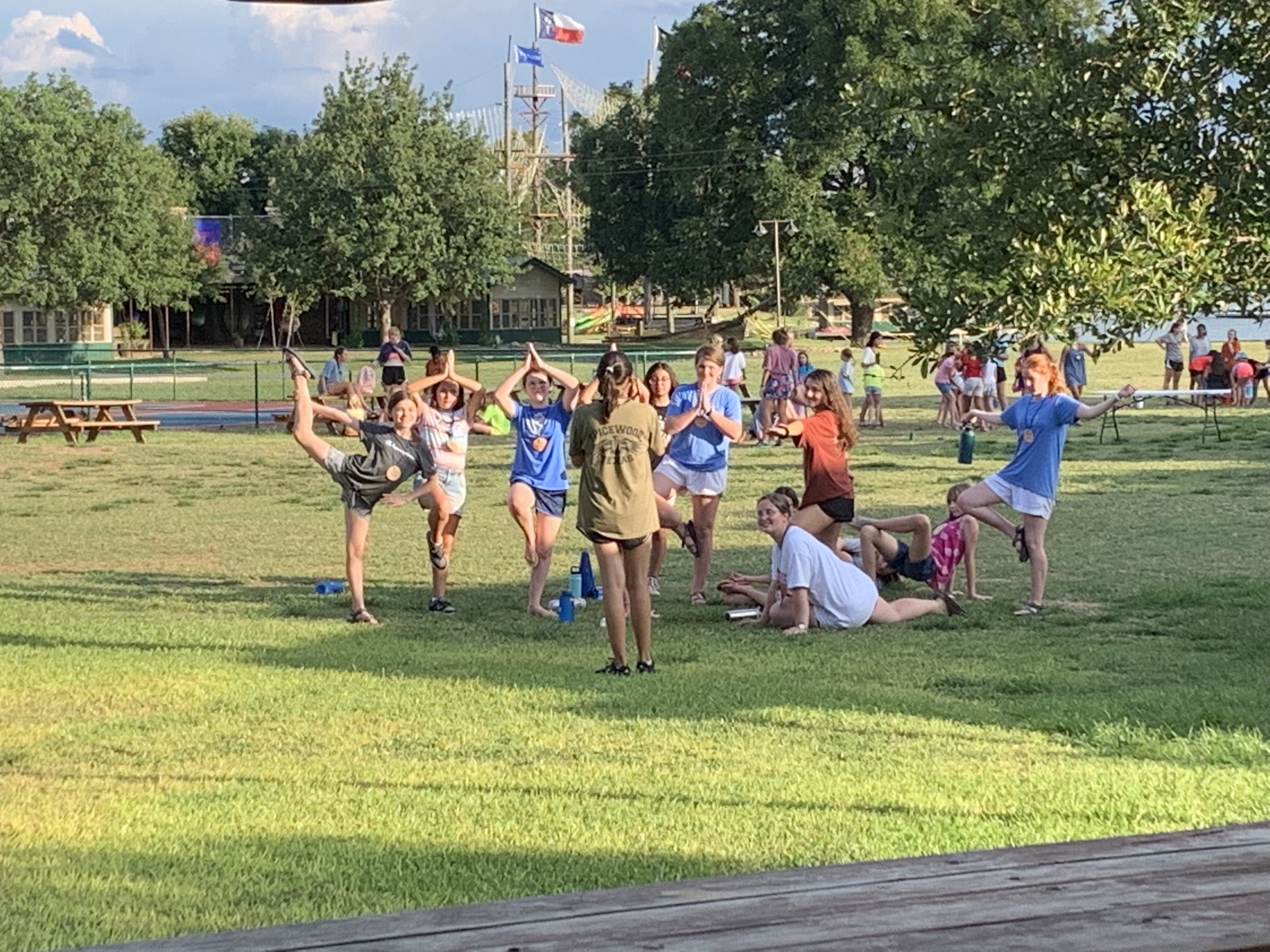 This was the first summer we tried to create such a rotation of talking and “doing” cabin activities. It was a great success. In fact, during first and second term we saw cabins coming together better and faster than in previous years. We are thrilled.

Over the past few days, we have also done some separate activities for new campers and returners.

The clearest example was after lunch yesterday. We invited all the first-time campers (first girls, then boys) into our home for cookies, milk and questions (the feature photo is from the girl meeting). We told them that this is the house that we live year-round and that we consider them part of our family.

We served them the treats (don’t worry, we accommodated dairy and gluten allergies). We were thrilled with their manners and the high quality of their questions. My personal favorite was the youngster that asked if we were married - even after we told them that we raised 4 adult children. They asked about our traditions and history. They also wondered about what it is like to live at camp when the campers are not here. [Note: we had to be honest on this one. This place is not the same without the kiddos. We like to say that Camp Champions is only truly “camp” when the people are here. Other times, it becomes a nice place with cool stuff on it.]

Here is the best part. While Susie Ma’am and I were meeting with the new campers, their cabinmates were getting together to discuss a special mission: “how do we help our new cabinmates love camp and have fun as quickly as possible?”

We know that some schools or camps can feel a little exclusive to new campers. We pride ourselves on being different. One of our “4 R’s” is Reaching Out. I love hearing returning campers brainstorming ways to include their new camp friends and to introduce them to their favorite activities.

Of course, your campers are also doing 6 activities a day (from skiing to ceramics to climbing to horseback to archery to . . . you get the idea) as well as an evening activity and our Torchlight ceremony (more on that later). The days are just packed with chances for fun and play.

In short, we want to create a starting experience that is a blast AND also meets the needs of our different campers. New campers need to feel included and comfortable. Returning campers get to practice kindness and reaching out while making new friends themselves.

Let me finish by sharing a few behind-the-scenes things that we do to focus on every camper. Every day, the counselors create cabin reports that help us understand how every camper is doing. We survey the campers once each week to make sure that they feel safe, have friends and are doing well. We have a daily meeting of our entire Leadership Team during which we discuss cabins, campers and counselors that might need a little extra LTC or encouragement. Finally, the First Time Camper team has a daily meeting to discuss each new camper.

I know this blog was rather dense with details, and I even left a lot out! I promise I will lighten up in my future daily updates. But I want parents to know how much thought goes into creating a special experience for your child.