Part of the Magic Show 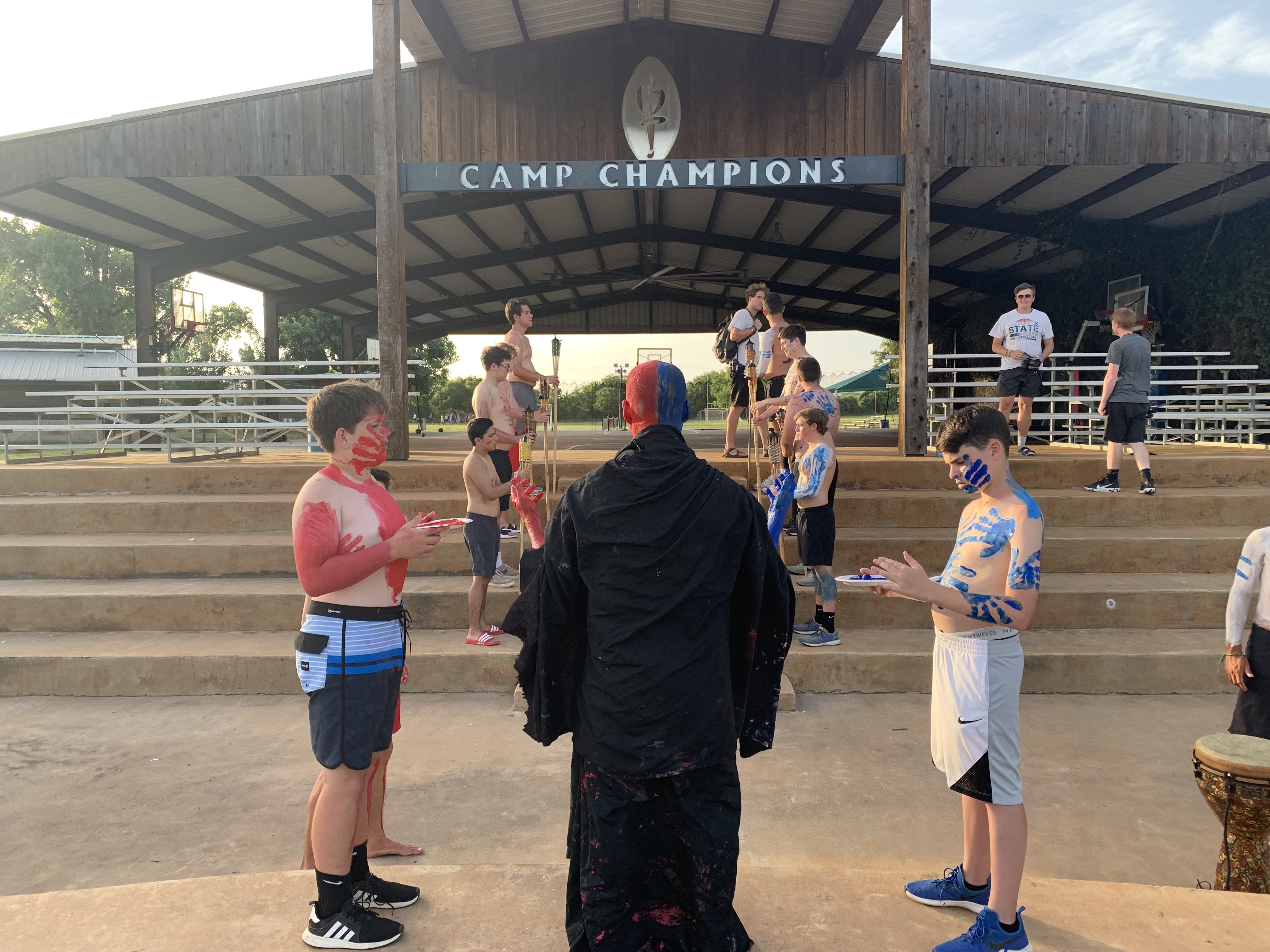 We often like to say that camp is like a magic show. From the campers’ point of view, they enjoy activities and traditions that are unusual, exciting and memorable. From our point of view, they are often highly orchestrated theater. On Saturday night, we had one of our better magic shows: Trojan-Spartan Initiation.

Every camper becomes either a Trojan or a Spartan. Once they are on a team, they are on that team “for life”. Whenever I talk with a former camper, I always ask what team they were on. Over 90% will remember, even though they have not thought about it for decades.

[Note: I am often asked “why Trojans and Spartans?” I must say that I have not the slightest idea. When we bought Camp Champions before the summer of 1996, they had been having Trojan-Spartan games for 29 summers. I guess the founders liked this better than Romans vs Carthaginians or Puppies vs Kittens. Despite my confusion, I applaud their choice.]

But before we can have the Trojan-Spartan games, we need to assign our new campers to their teams. Rather than simply announce their allegiance, we have an elaborate initiation ceremony.

Please forgive the fact that I will just describe the boys’ side ceremony. Since I am an active participant, it precludes me from observing the girls’ side initiation. I, however, have heard that it is equally impressive. In fact, they use a site that the campers rarely visit for any other reason, so that is extra cool.

On the boys side, our ceremony involves a djembe (an African-style hand drum), majestic music, a legend out of Homer, paint, chants, and the Selector (for lack of a better name). The Selector is our Activities Director who is painted half red and half blue. He chooses whether a camper is a Trojan or a Spartan. Actually, we spend lots of time assigning the teams, but the Selector seems to “know” what each camper is before any word is spoken. How does he do that? (It is part of the magic.)

Red paint means a Spartan, blue paint is a Trojan.

Now, please take a step back and think about this. We are a group of people – mostly K-12 kiddos with college counselors – sitting in Central Texas listening to music from Last of the Mohicans, painting ourselves and evoking Hellenistic legends. On its face, it is really pretty silly.

But from a camper’s perspective, the effect is powerful and memorable. They hear their name, learn their tribe and then hear a rousing cheer from their new teammates. They feel special. They belong.

That is the magic show. It can be silly or stirring. We strive for the latter.

PS I took this photo before any normal campers arrived. You see the Selector from behind. I did not take any photos during the ceremony. That would have spoiled the magic.