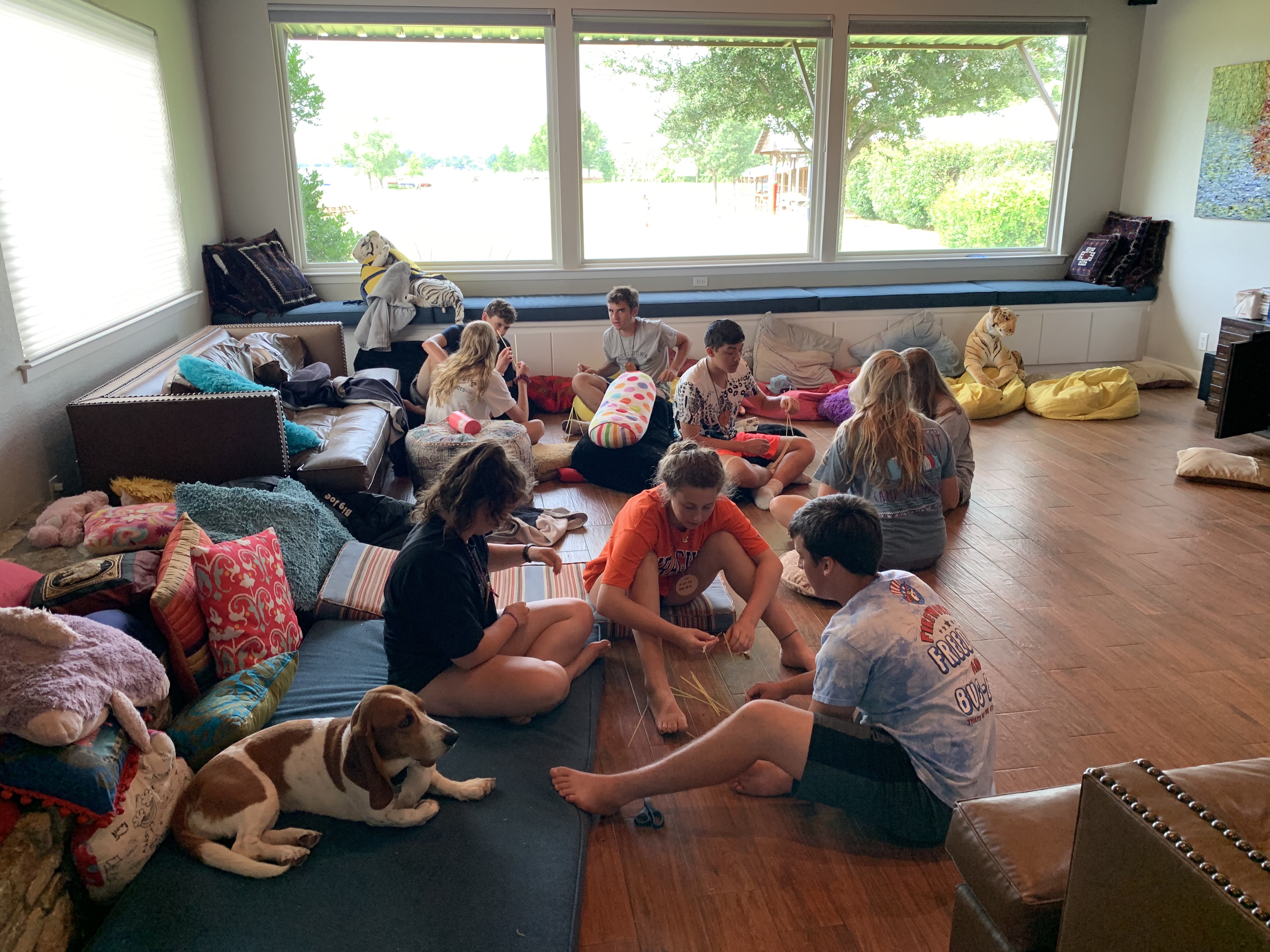 Our 5 groups did remarkably well, will all but one constructing a functional tower. The one non-functioning tower was too tall and ultimately would not stay upright without falling over. [Note: If you look at the photo, you will notice that Dodger the camp basset hound seems to be part of one group. Alas, she proved an ineffective team member.]

The purpose of this exercise was to teach a few cool lessons. The first is the value of prototyping. The best towers involve building, testing, rebuilding, retesting and eventually finding a better structure. None of our teams actually knew this until after we showed them a video after the exercise. They were amused to learn that the best towers are often built by Kindergarten students because the “always keep the marshmallow in mind”, whereas other lower-performing teams (especially recent law or business school graduates) tend to search for the “perfect” answer and assume they will find it. These latter groups often experience what our falling tower group learned – the “perfect” solution often is not strong enough to support the marshmallow, but you do not learn that if you wait to the last minute.

The second lesson was about listening. The groups that heard all the voices of the group built better towers. In two groups, the extraverts were quick to share their thoughts while the more introverted participants kept to themselves. In two others, everyone shared something. These groups built better towers.

Finally, we talked about the idea of “teaming”. Decades ago, teams and clubs had long lives. People would be in the Rotary Club or the Junior League for years. At work, employees would interact with the same co-workers often for decades.

In our faster-paced world, teams (both work and volunteer) form and dissolve so much quicker. As a result, it has created the need for a new skill – “teaming”. Teaming means the ability to communicate and collaborate with little to no previous interactions with your fellow team members. A good “teamer” is a skilled listener and facilitator. They are flexible and adaptable.

Forming a cabin is a type of teaming. A group of people come together from different places and backgrounds and learn to work together in a short period of time. The Senior Campers had never thought of camp that way before, but they were intrigued that they were not just having fun at camp, but learning as well.

Of course, all of our campers are learning this as well, but we do not bother telling them specifically. After all, they are having too much fun to be bothered!

PS We are enjoying another All Camp Super Camp Fun Day today, so your children are choosing what they want to do (while the Sunscreen Patrol helps keep the burns away).