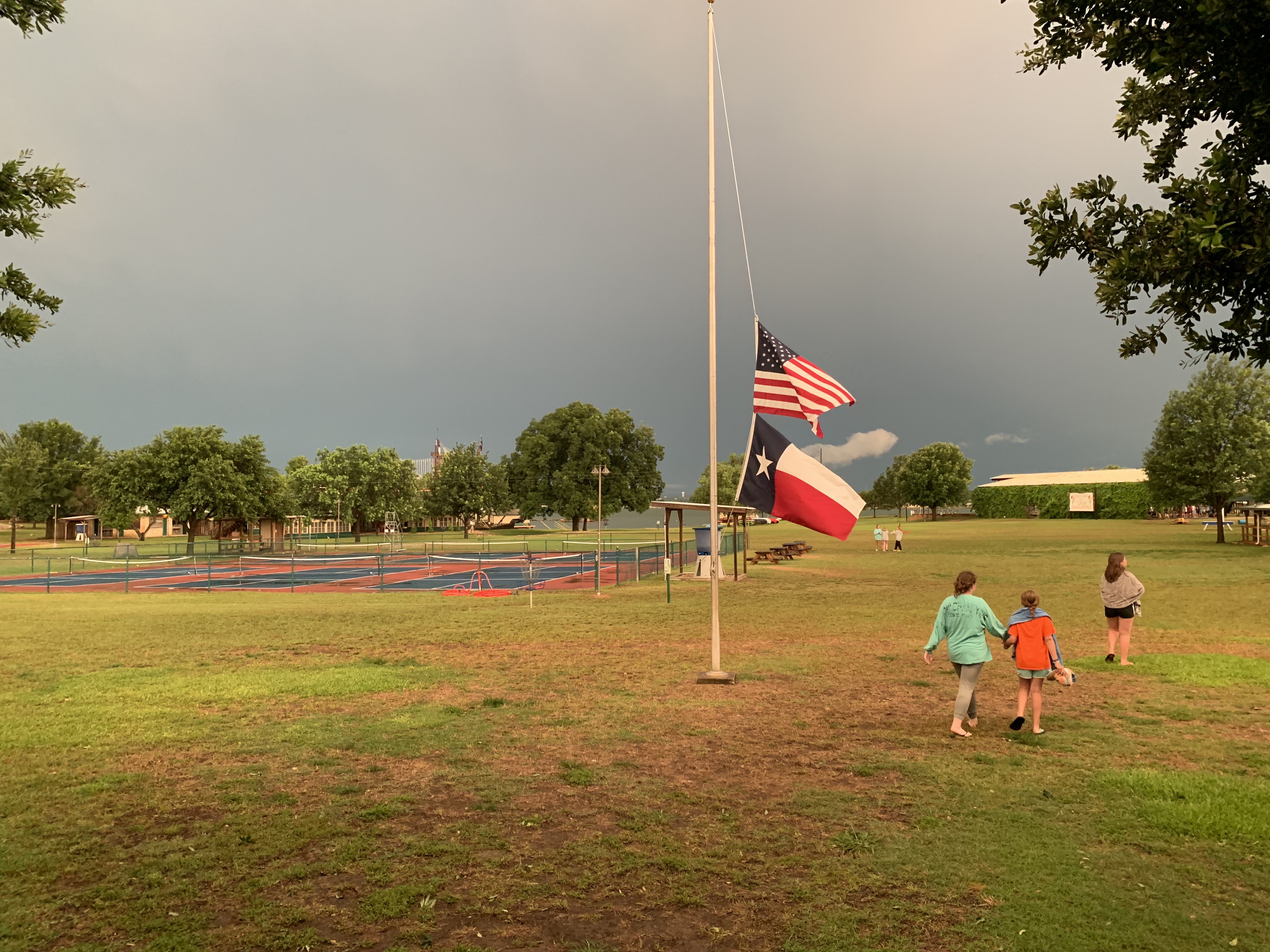 Here is a quick bonus blog.

As many of you might have seen on the Central Texas news, we had a storm come through camp.

Let me start by saying that everyone did an excellent job of assuring that campers were safe and cared for. We do not mind rain, but if we have any high winds or lightning, we make sure all the campers are safely under cover. Our rule is that campers must be under cover once we detect lightning within 10 miles.

We then had a quick window of time to get the boys to the Fillin’ Station (dining hall) while the storm was still over 12 miles away. The girls, on the other hand, needed to change out of swimsuits (many had been at a pool party). By the time they changed, we decided the storm was too close to move them.

At this point, we began one of my favorite camp traditions - finding excitement and joy in disruptive moments. The boys ate and then had a 90 minute dance party in the Fillin’ Station.

The Little Leaguers watched a movie in Town Hall.

Meanwhile, the girls embraced a myriad set of activities: fort building, singing, story sharing, fashion shows and card games. They were getting hungry, but the counselors kept their spirits up. Once the storm passed, we brought the girls to the Fillin’ Station. Susie Ma’am and I greeted them on the deck as they arrived.

We were giving out high 5’s and congratulating the girls on their first big camp adventure.

I have found that little ones are often unsure of how to interpret a storm. Should I have been scared or exhilarated? We wanted them to know that they were safe and that they had just had a special experience.

After the girls ate, they spontaneously sang for 15-20 minutes and then had Torchlight in the Fillin’ Station. 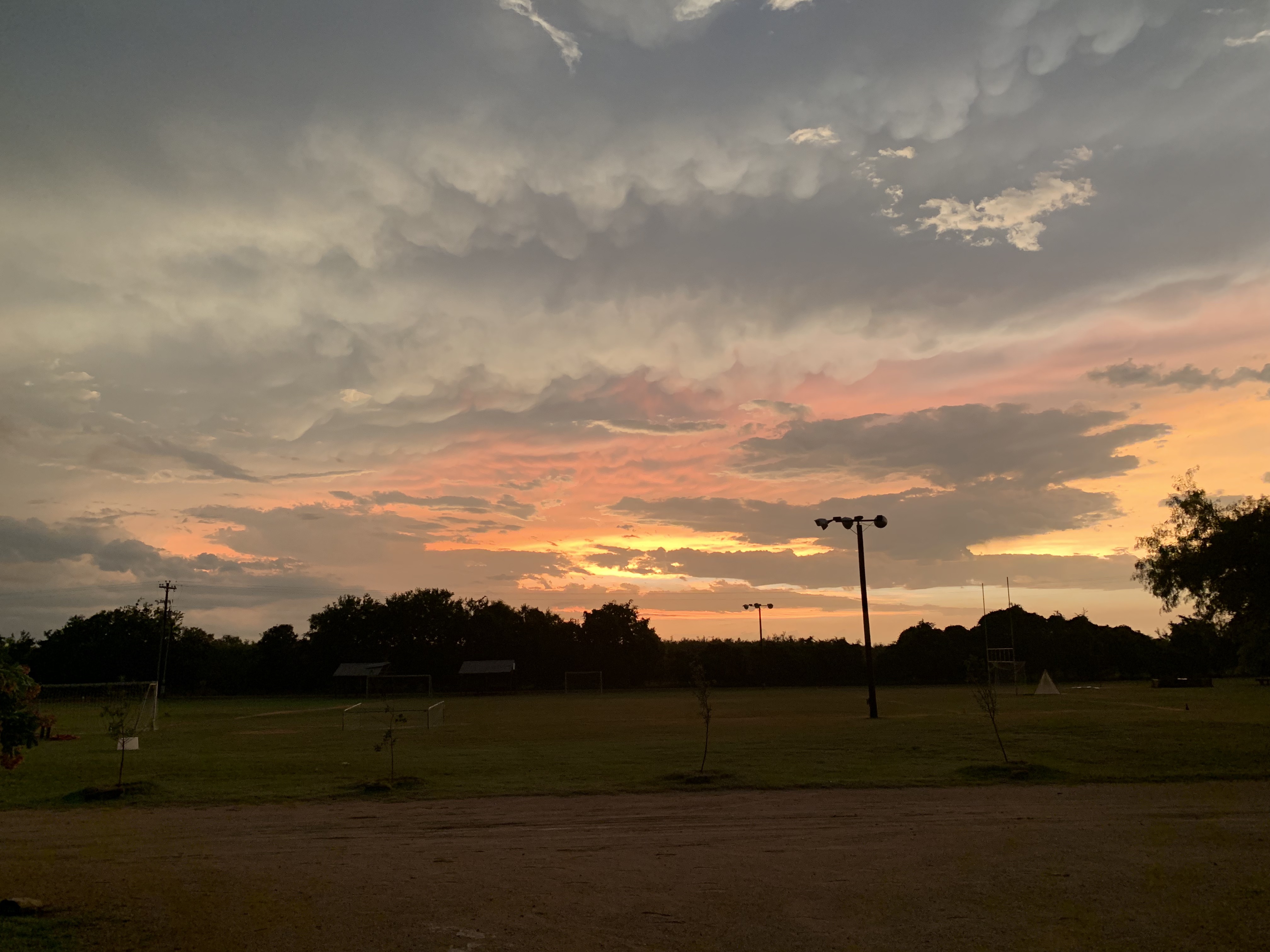 PS If you are wondering why the flag was at half mast, we lowered it moments before we started to get high wind gusts. We did not want the wind to bend the flag pole. We did not get a chance to bring them in before the lightning got close.

PPS Susie Ma’am’s “thought for the night”? “Life is not about weathering the storm, its learning to dance in the rain”.