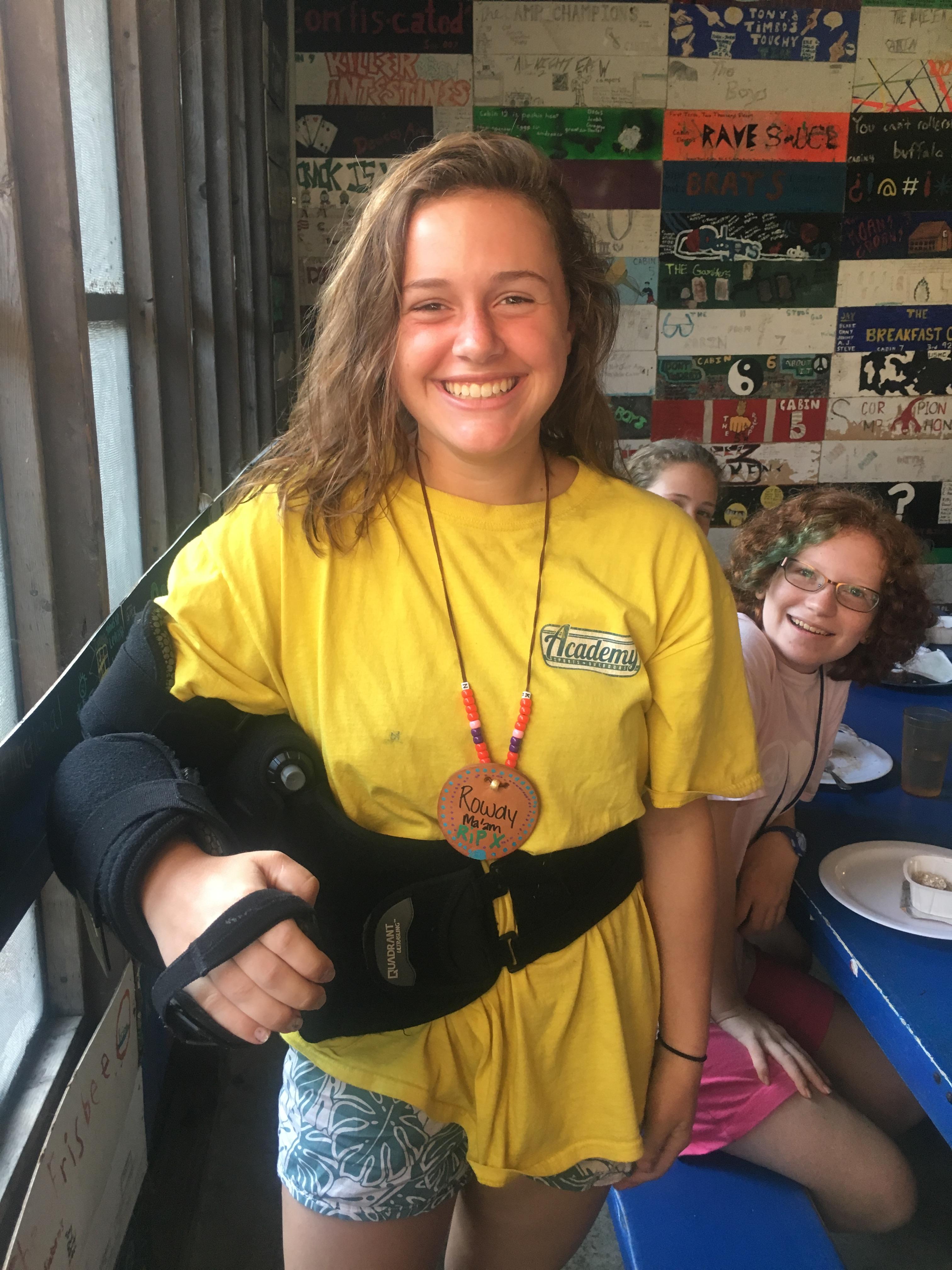 Her name is Rowdy Ma’am.

No really. That is her name. Check out the nametag it you doubt me.

First, I am so impressed that she has returned to camp after having some serious shoulder surgery. She is a top flight athlete and was a great softball picture. Her pitching, however, hurt her shoulder – hence the surgery.

She may not be a softball pitcher in the future, but she does not seemed bothered by that.

She cannot participate in some of the activities at camp, but she does not seemed bothered by that either.

Instead of seeming defeated by this situation, she is modeling resilience and positivity. As such, she is a great example to the rest of us - everything does not have to be perfect to have a great experience.

Which brings me to the second reason that I share her picture.

Over a decade ago, we had a director named Roger Matthew Wiggins. We called him Wiggy Sir.

WIggy Sir was a pillar of positivity. He had the wonderful habit of laughing at almost every joke he heard. [Note: it took me a while to realize that people who are fast to laughter are even more fun than people who are funny themselves. A ready-laugher is a perfect addition to any party.]

One of my favorite memories of Wiggy Sir was a simple habit.

Whenever anyone asked him, “How are you doing?”

He would always answer the same way.

When he left, I missed his daily dose of positivity. As a result, we added a tradition to morning Flag-raising. At the end of this gathering, we always have some person (or group) “bring Roger Matthew Wiggins into our circle”. This group then does a cheer or skit which concludes by yelling “I’m just excited.”

At the end of Flag-raising today, Rowdy Ma’am called me over and showed me her shoes. There it was. 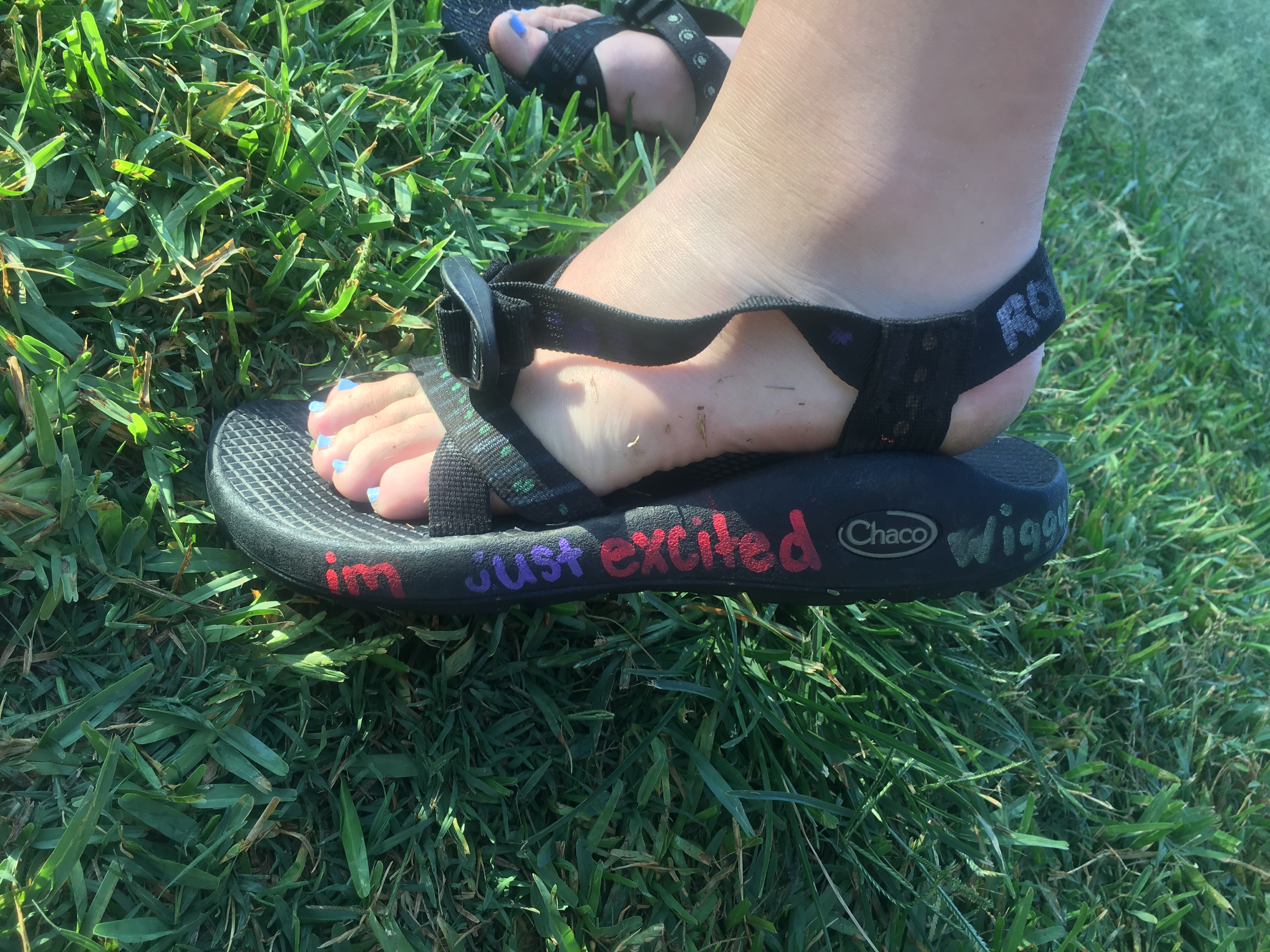 She then told me that she makes videos of herself saying “I’m just excited” when she travels. For example, she created one in front of the Eiffel Tower.

It is not often that Camp Champions overlaps with Paris!