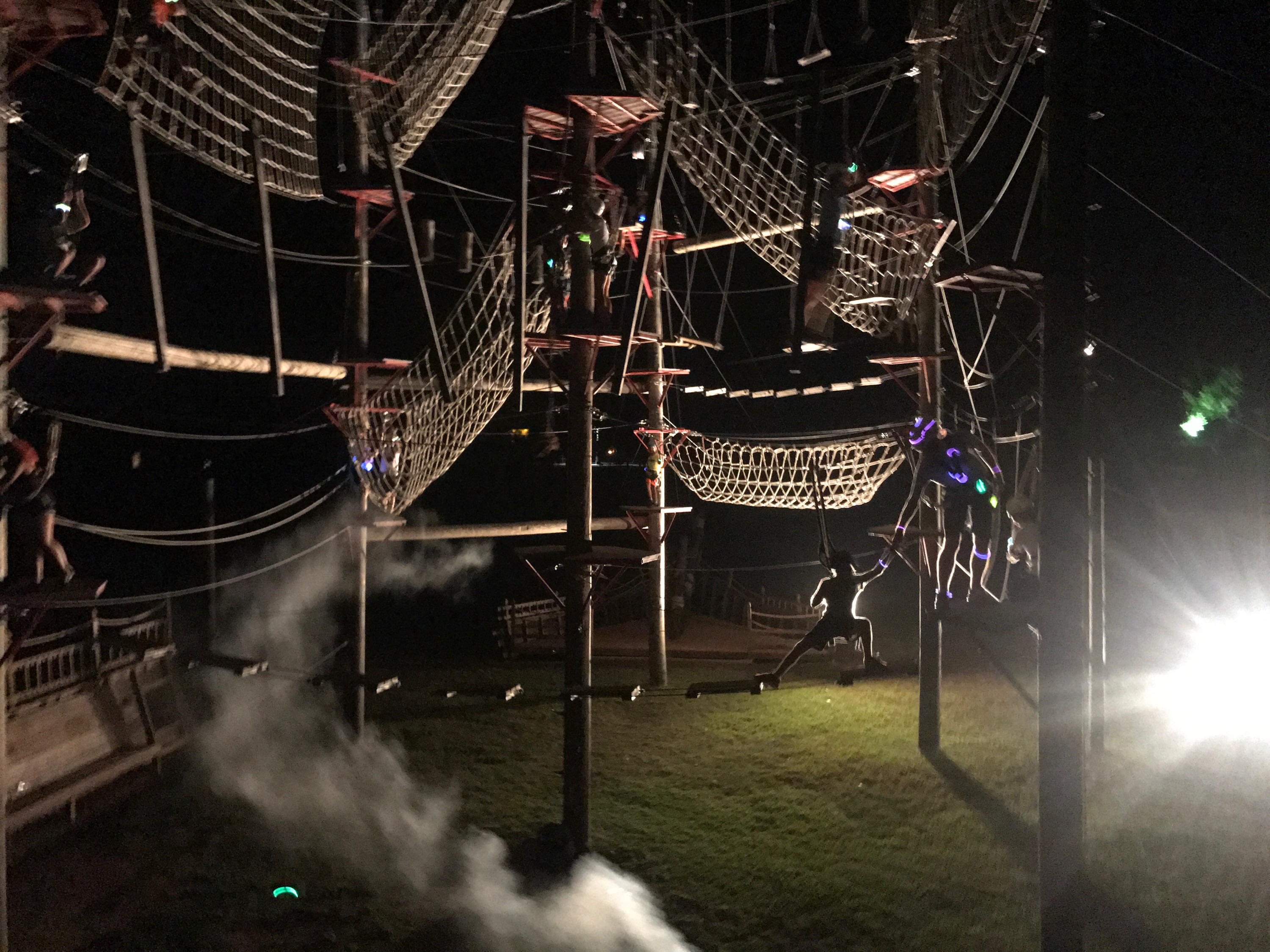 Yesterday, I described Camp Rampions and celebrated how our team managed to manufacture fun in creative ways.

But we can find joy in much simpler efforts than a week-long extravaganza.  The normal camp activities are all still going great, but this group of counselors seems committed to going the extra mile.

Over the past few days, we had two other examples.

First, we had the Haunted Pirate Ship. A group of counselors had the idea of organizing a night climb on the Pirate Ship with decorations and constumes. They, like Camp Rampions, employed our smoke machine to create a creepy mood.

Once we were convinced that a Haunted Pirate Ship would be as safe as a normal Pirate Ship, we allowed several cabins to go on it as a treat.

Sometimes the simple act of changing the timing or lighting of an experience alters it completely. An obvious example would be telling an epic myth inside a house at noon rather than around a campfire at 10PM. The words could be identical, but the two events would be wholly different.

In this way, the Haunted Pirate Ship made a beloved, but often used structure into a entirely new activity.

A much simpler example comes from the youngest girls cabin on camp. They decided that the camp bunnies (Bunny and Clyde) needed a more decorative abode. So they spent their rest period creating posters and accessories. 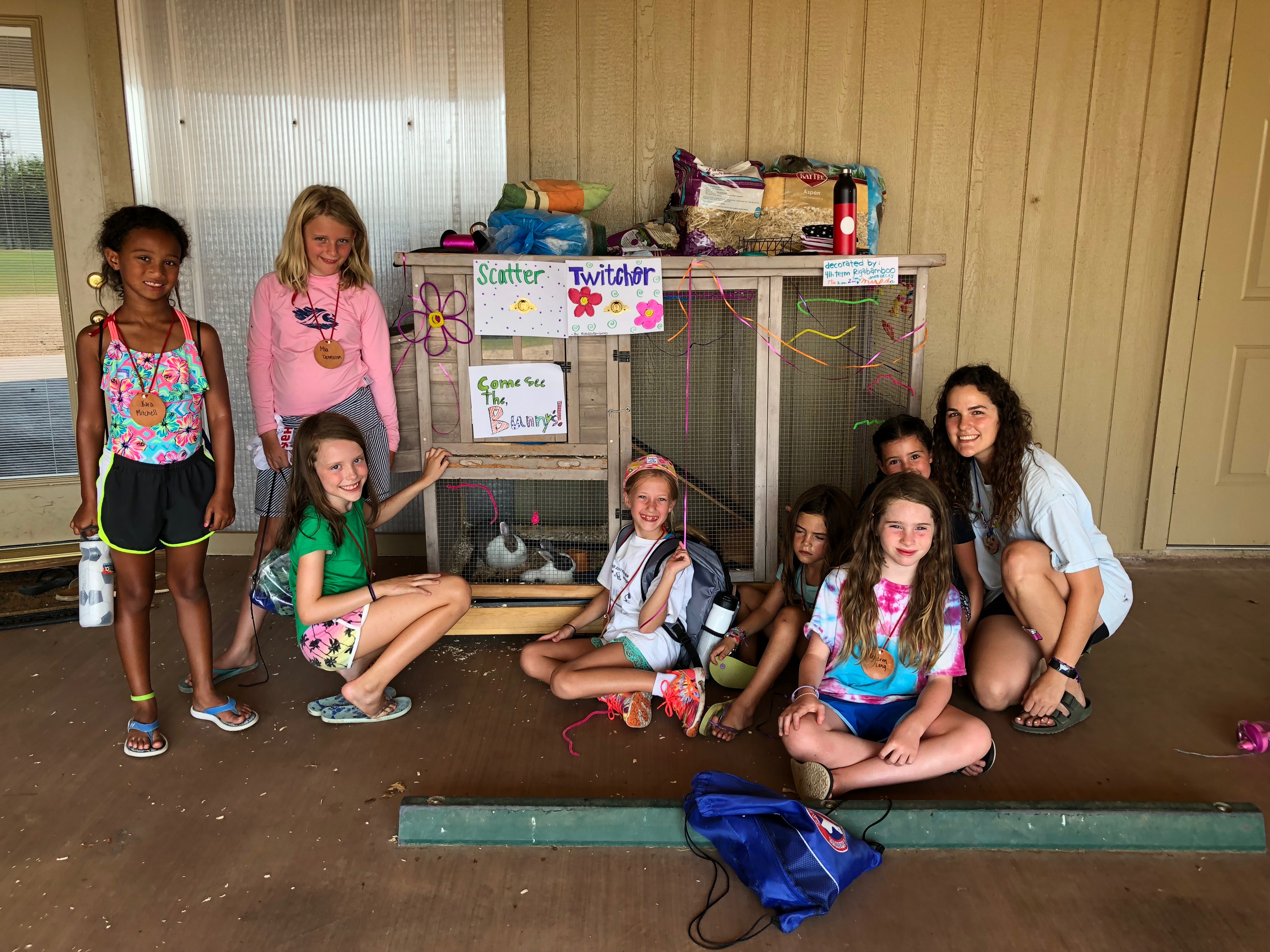 They also apparently renamed the bunnies “Scatter” and “Twitcher”. But I love seeing their initiative.