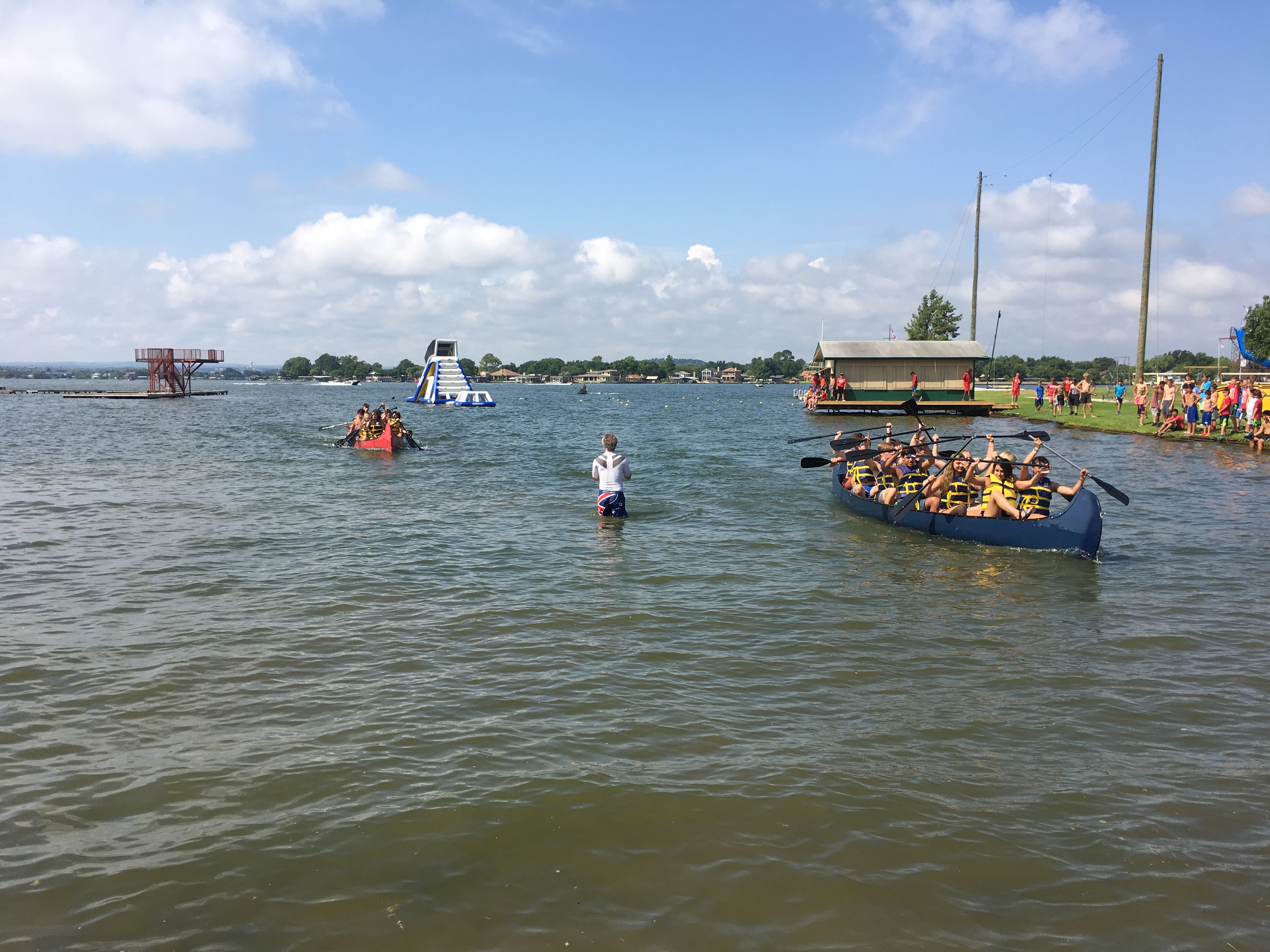 During the first games, we have mostly small-group competitions, but today we provided more dramatic and public events.

In particular, we started with two odd spectacles.

So we had representatives from the women of 7-11 and men of 007 break into two groups of 11 for the race. [Note: this photo is from the race 3 days ago with the older Seniors Campers. My photo from today was not great.]

The race was actually quite close with the Trojans winning by one length.

From there, we went to the coliseum and formed long lines to relay cups of water from the lake into buckets, one for each team. We hung each bucket from a giant wooden scale and held the scale at equilibrium for 5 minutes as the campers scrambled to fill their containers. 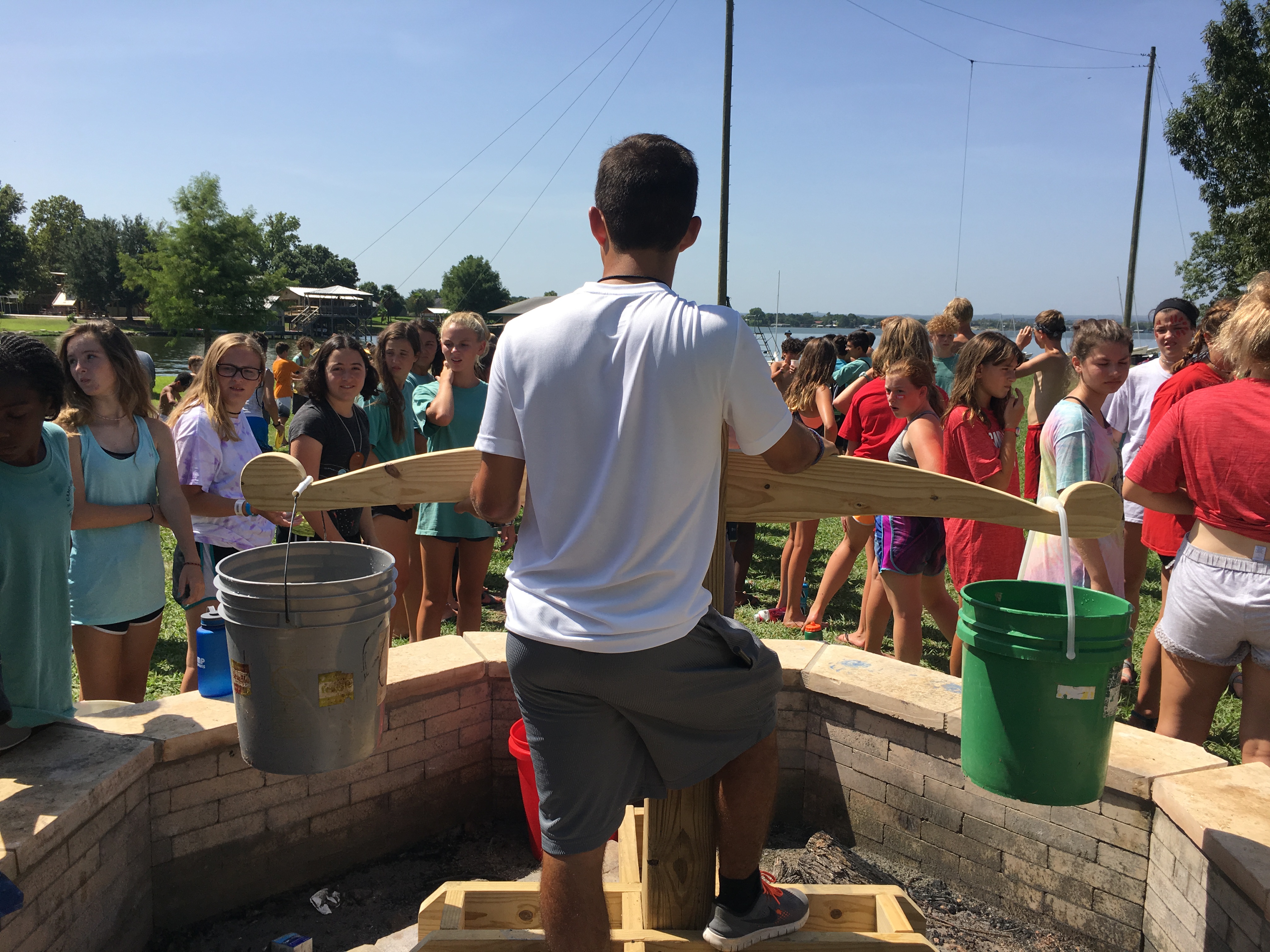 This picture reveals the moment that we released the scales and revealed a Spartan victory. 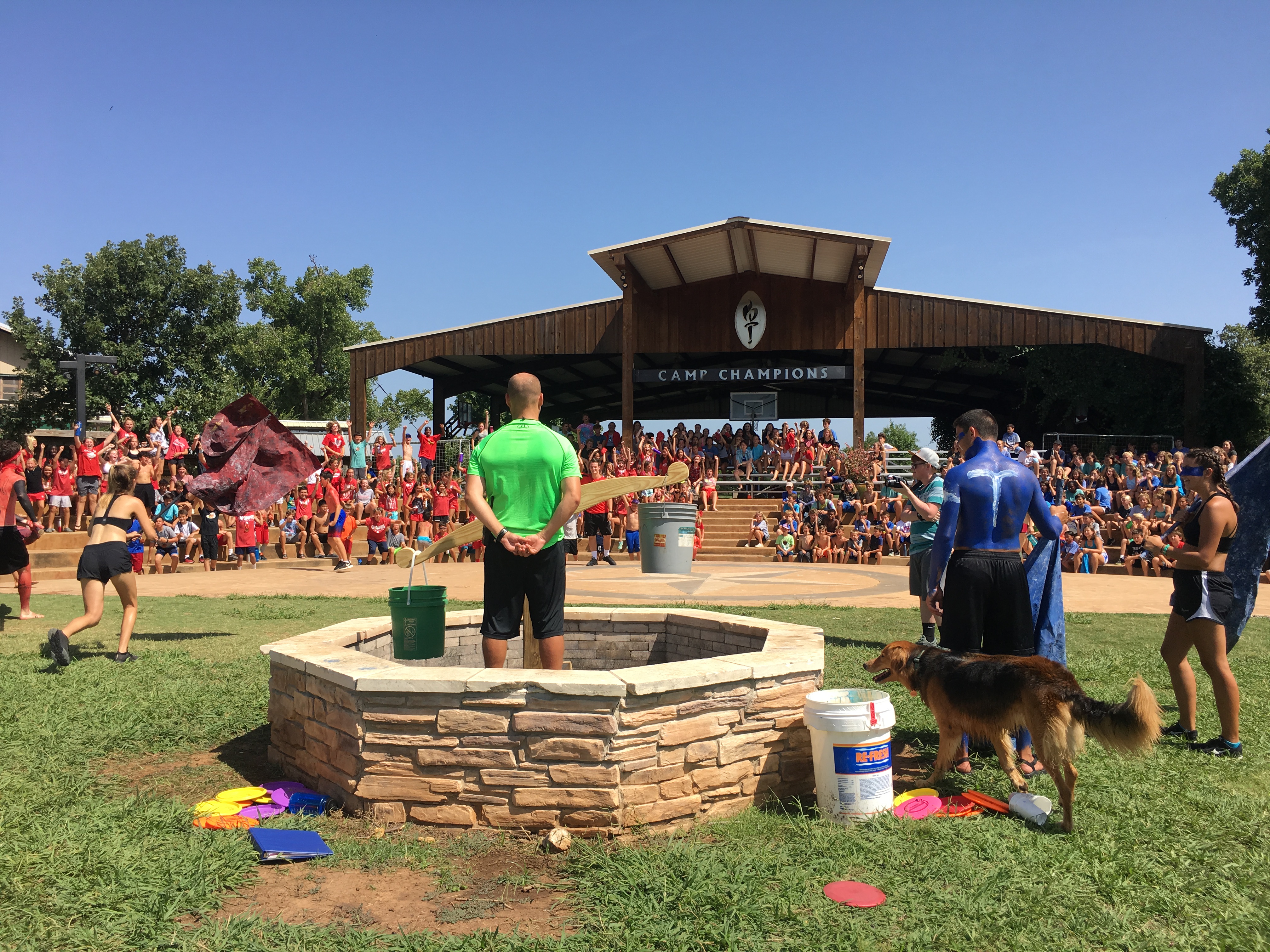 I am thrilled that both tribes enjoyed a public victory going into the final games.

Today, the two teams tied, but the Spartans won for the session (just in case your local paper fails to cover the result).

PS We also celebrated “7-11 Day” this morning at Flag Raising. I thought this was a fun shot, so I include it. 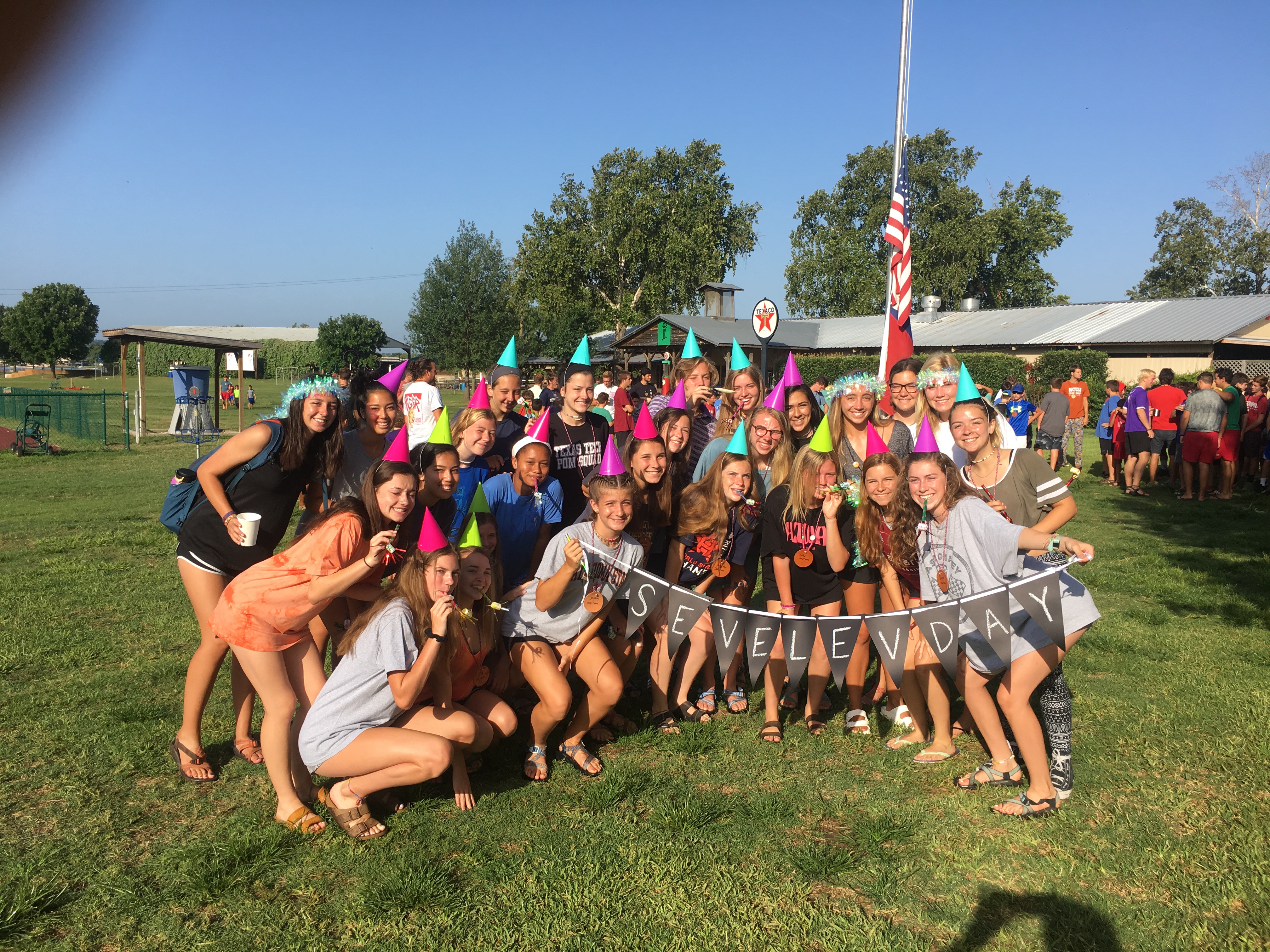 PPS  We are all quite sad for the loss of England in the World Cup semifinal.  First, we lost Mexico, then Brazil and now England – so all our campers and counselors’ teams are now out.