A Quick Look at Some Improvements

Over the past decade, we have embarked on a crazy building program. It has included adding 2 pools (including two Schitterbahn-style slides), 2 climbing structures (a wall and the “Two Step Tower”), the Pirate Ship (our famous 3-level ropes course), the Hearth (our 5-studio art center and library), 10 quirky cabins with decks and play areas, a new office, an Outdoor Cooking Pavilion, 3 new bathhouses and a new swim bay.

Former campers who visit are delighted to see the new structures, but are especially delighted to learn that we still believe that the connections that campers make with their counselors and fellow campers are truly the key to camp. Susie Ma’am and I always stress that “you can run a great camp on a parking lot” if you have a great staff that is committed to the campers.

But we are also delighted that we are NOT on a parking lot. We strive to have the absolute best facilities possible and we are continuously improving. Here are some of the improvements from last year. 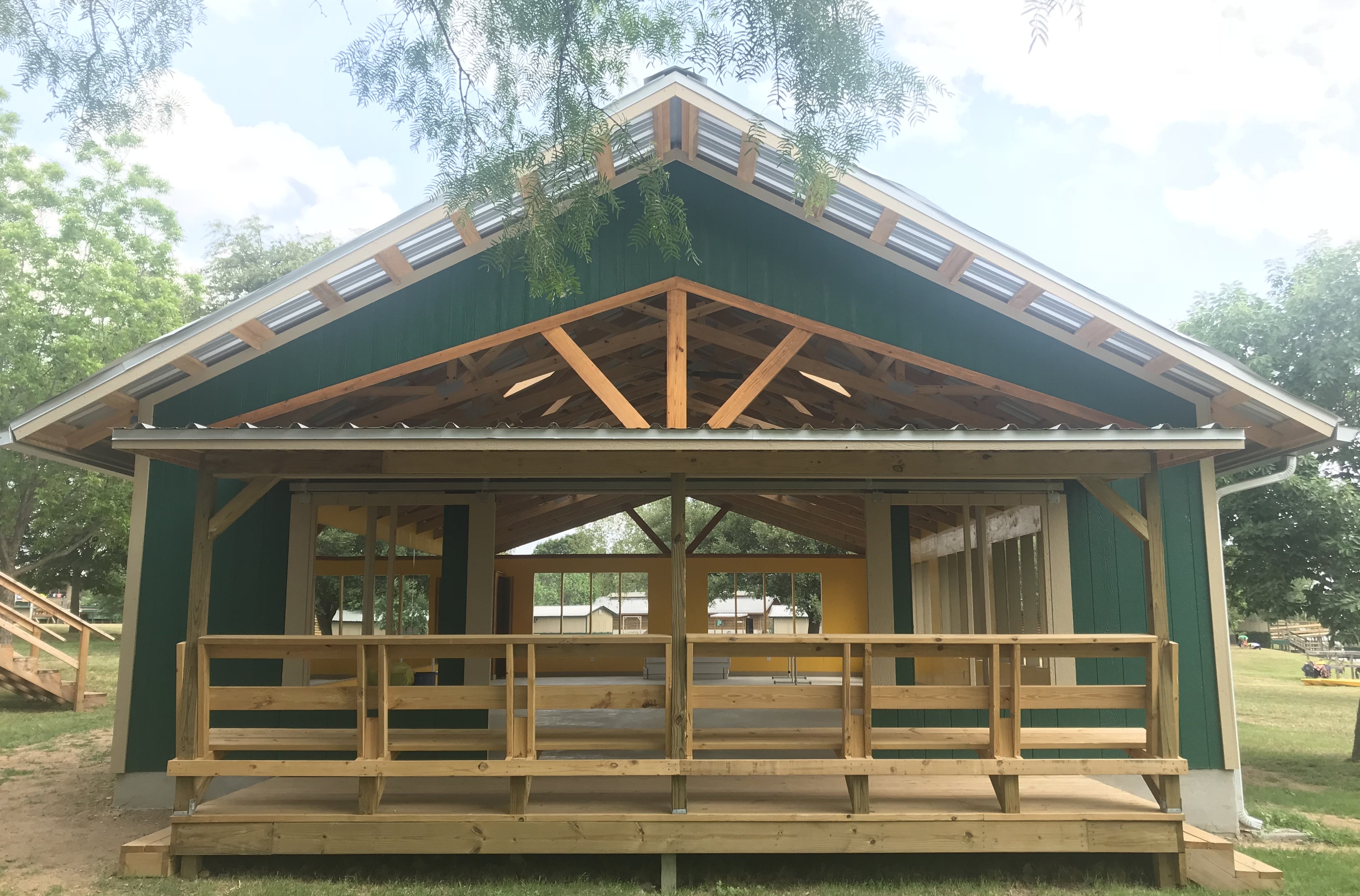 We built a new dance studio next to the lake as part of our arts center: the Hearth. It is complete with mirrors, giant fans and instructors from three continents! The opening photo is the hall. The picture above is from the inside. 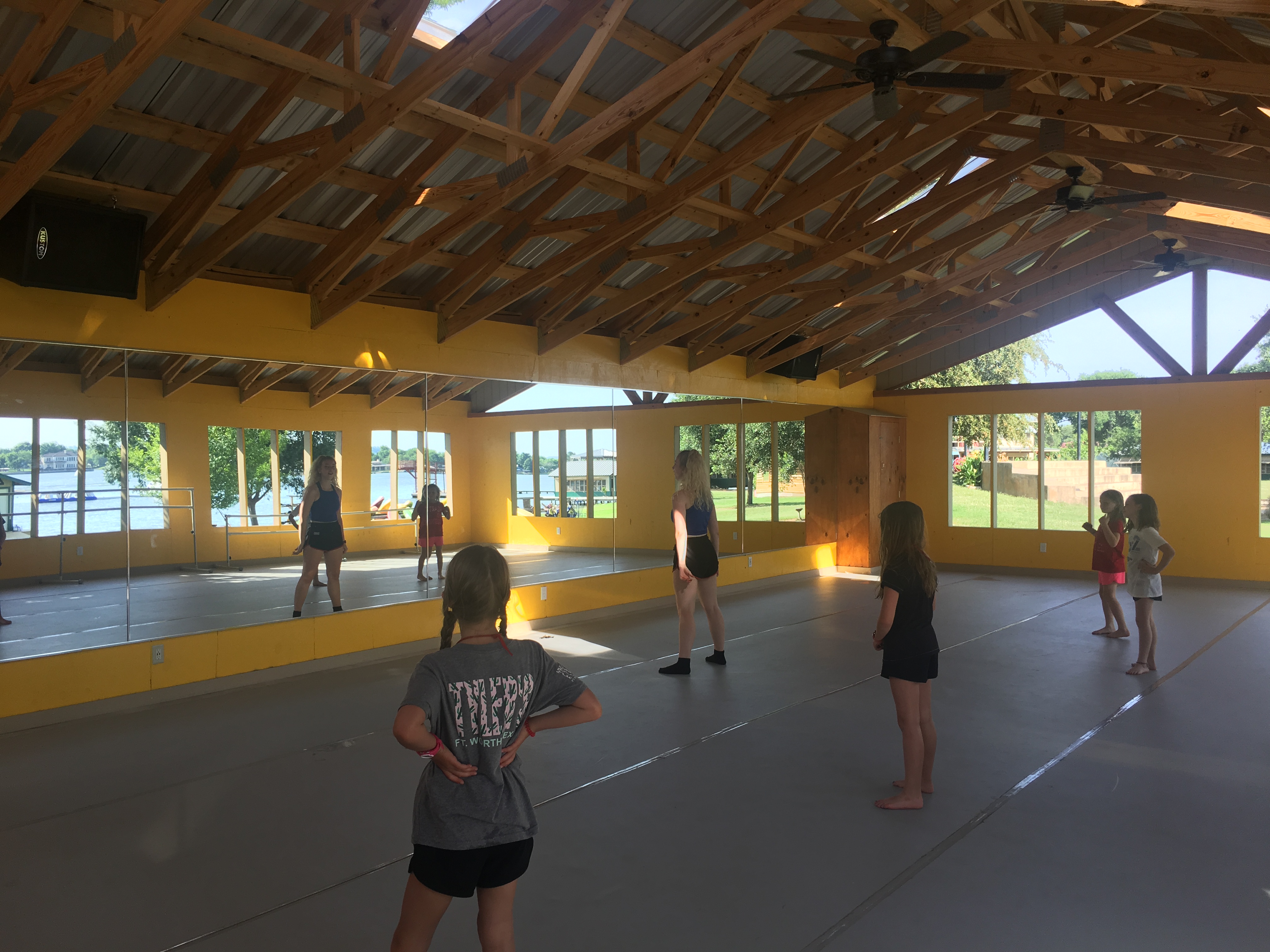 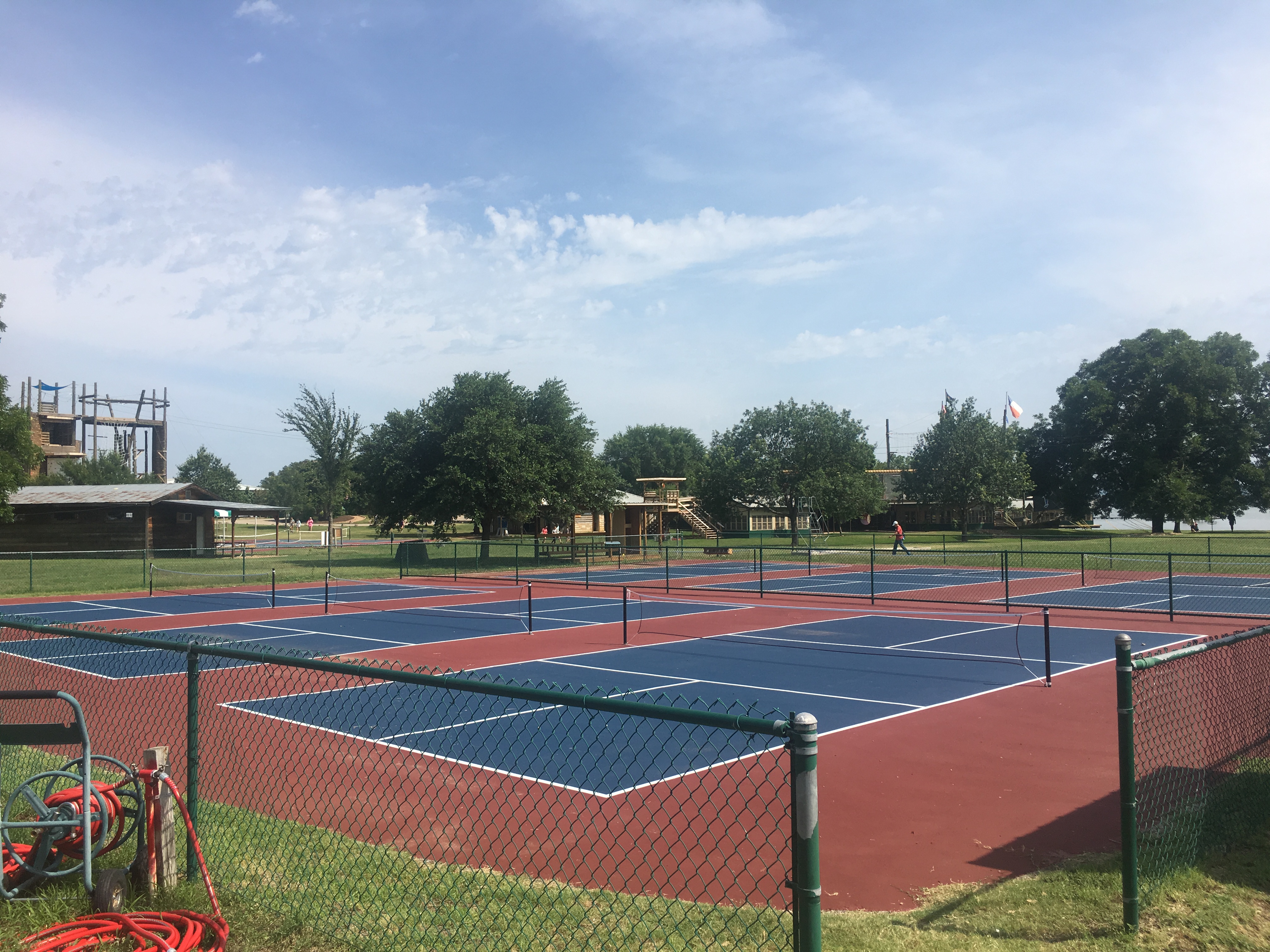 One of the top camp activities is Pickleball. Imagine if tennis and ping pong had a baby. If you saw the courts that look like small tennis courts, those are pickleball courts. You can imagine how delighted we were to see that all 6 of the new courts were fully occupied within 2 hours of camp opening! 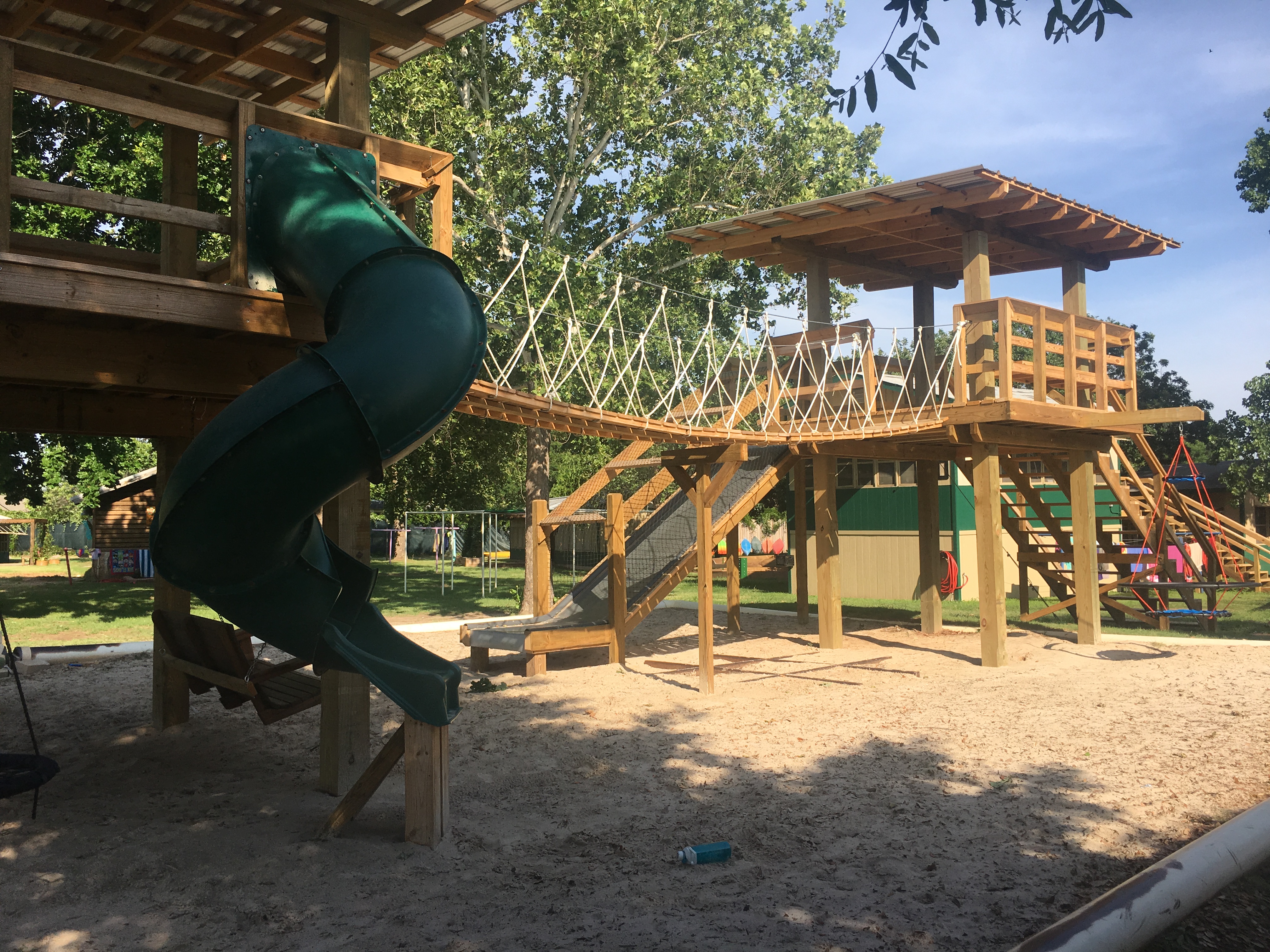 Last year, we converted one of our two sand volleyball courts into a special playground. Since it resides on the girls’ side of camp, they deemed it the Female Fortress. This year, we doubled its size and added a walking bridge between the two towers. 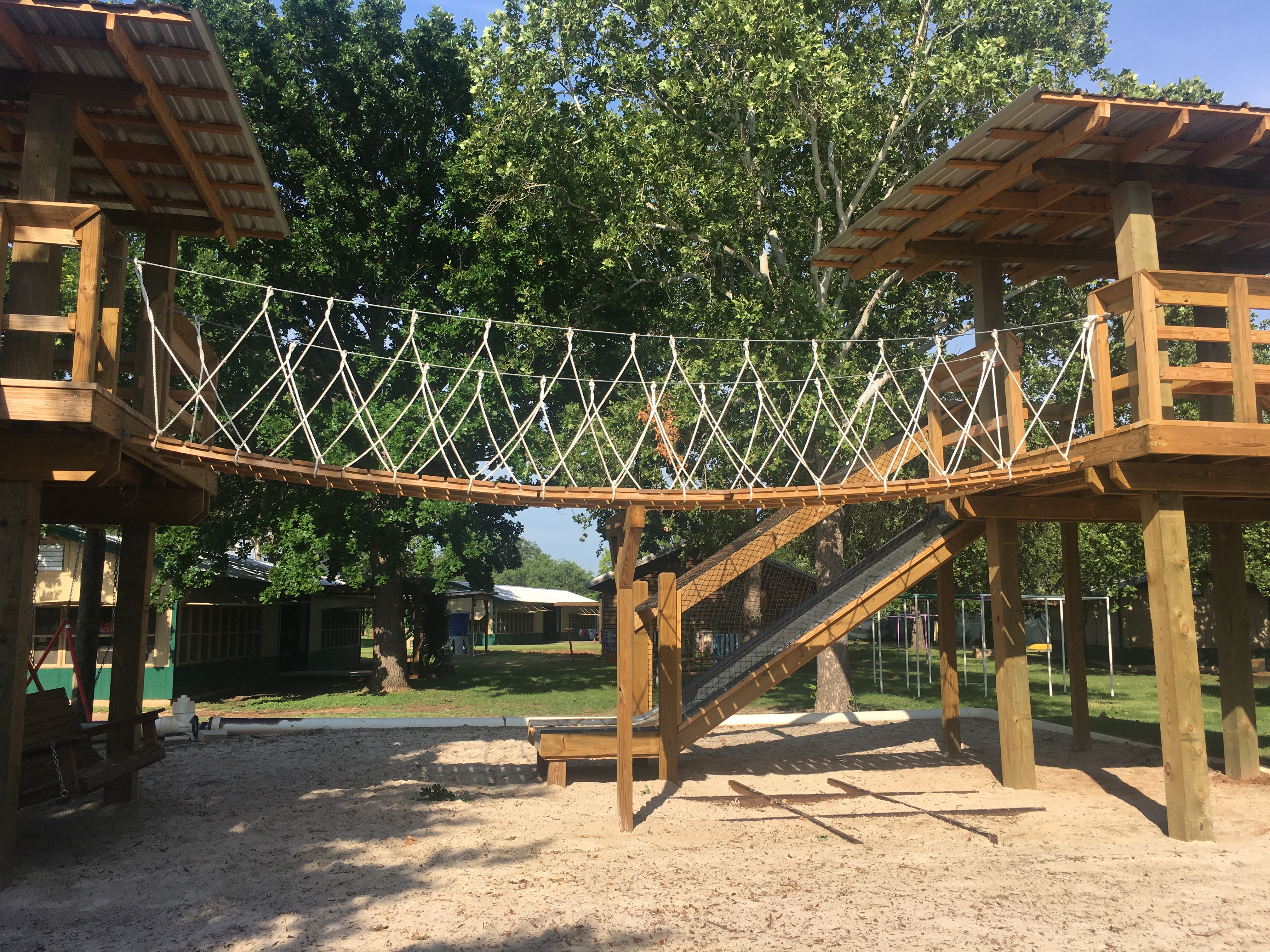 We added over 80 massive oscillating fans to the cabins. While the breeze off the lake keeps the cabins cool at night, the afternoons could get too warm. We, however, like having rustic cabins. We want our campers to know that they can thrive outside of a 4 degree temperature range. Our answer is adding the best industrial fans we could find to our cabins and making the breeze permanent. 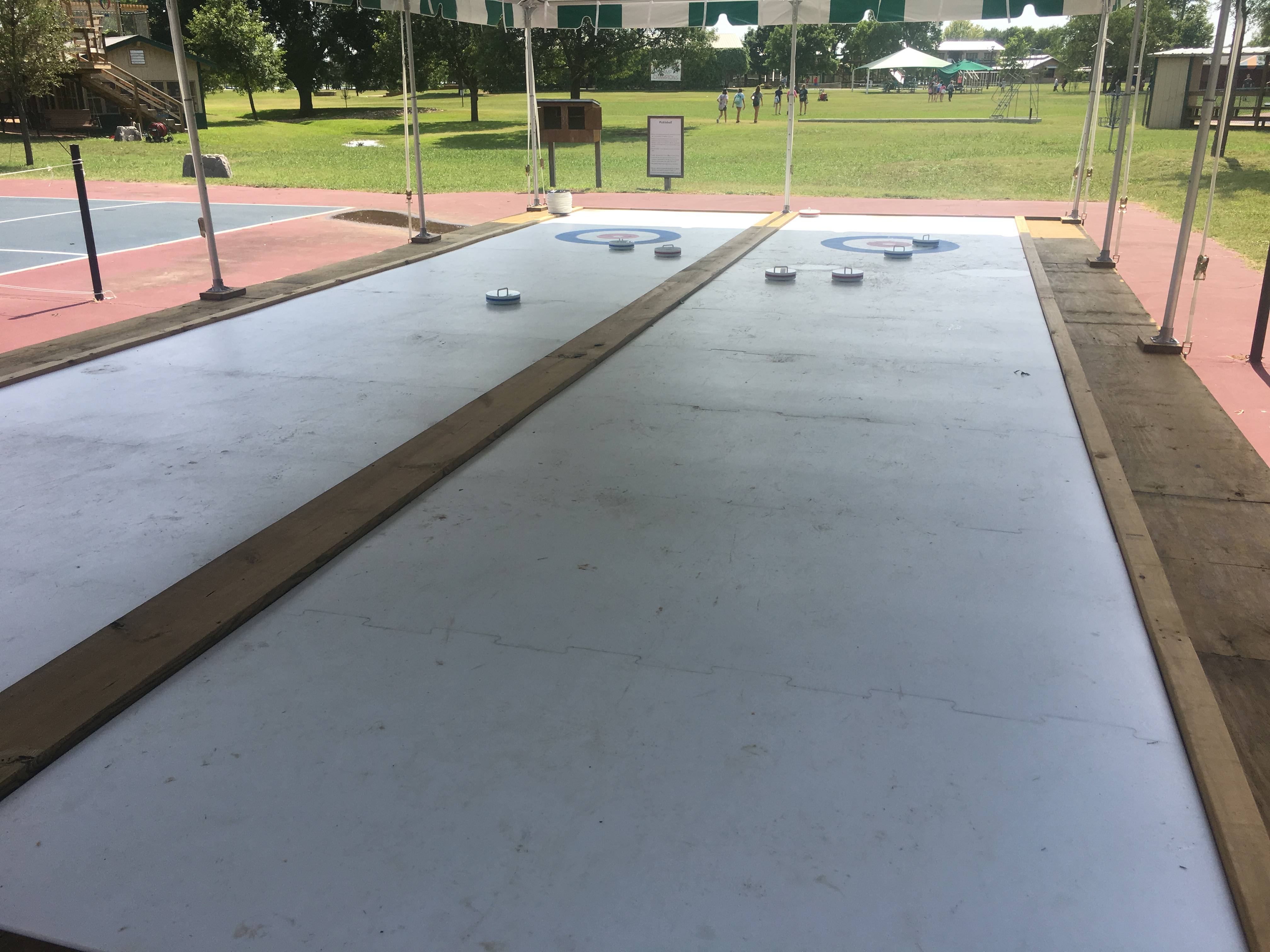 I have been dreaming of having real curling at camp for years. OK, I must admit it – I love curling (the bizarre Olympic sport involving 42 pound stones, sheets of ice, sweeping and lots of yelling). The rational people around me have explained that it would not be practical to have an ice-based sport in Texas. But they surprised me with a non-ice alternative. I am giddy.

Shade, Fans and Furniture upstairs at the Hearth

When we introduced the Hearth last year, we were so excited about the common areas that we built around the different studios. We have a deck that is roughly 2000 feet that creates a second 2000 foot shady space below. The lower space became a camp favorite, but the upstairs was not sufficiently inviting to induce people to ascend the stairs. This year, we have made multiple spaces with plants and beanbags chairs and fans.

For our oldest campers and our high school campers, we have acquire top-of-the-line laser tag equipment for some special events.

OK, this does not sound that exciting at first, but I think it is worth mentioning. We built new housing for our non-cabin staff that is almost half a mile closer to camp than our old housing. This, however, is still good news for your campers because it means that more of us are close by your children. It is now easier for all our team to be close by when we need them at odd times.

Once again, camp is not about the facilities, but about the community - the friends and the counselor-heroes.

But it is still nice to have nice stuff.