Warriors in Many Lands 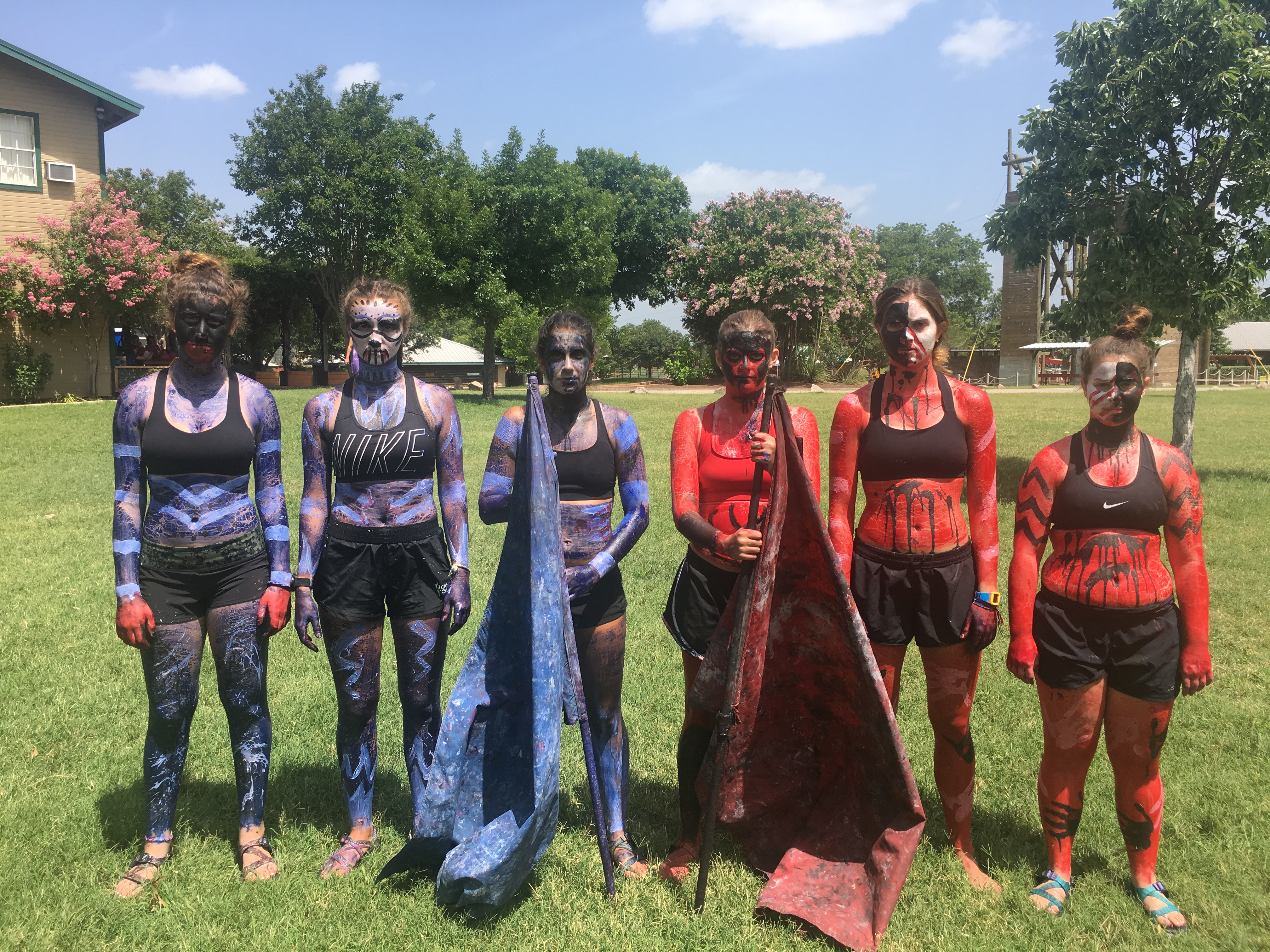 Yesterday, I described a little bit about the “magic show” of Trojan-Spartan initiation.

I thought I would share a few images of the Trojan-Spartan leaders and share a quick story.

Each term, we have counselors serve as the Trojan and Spartan leaders, 2 females and 2 males. On the girl’s side, they also add 4 lieutenants from the Senior Camper program.

Before the competitions, these leaders go out of their way to “paint up” to make the games seem especially exciting. I have included pictures of the 6 women (above) and the 2 guys. 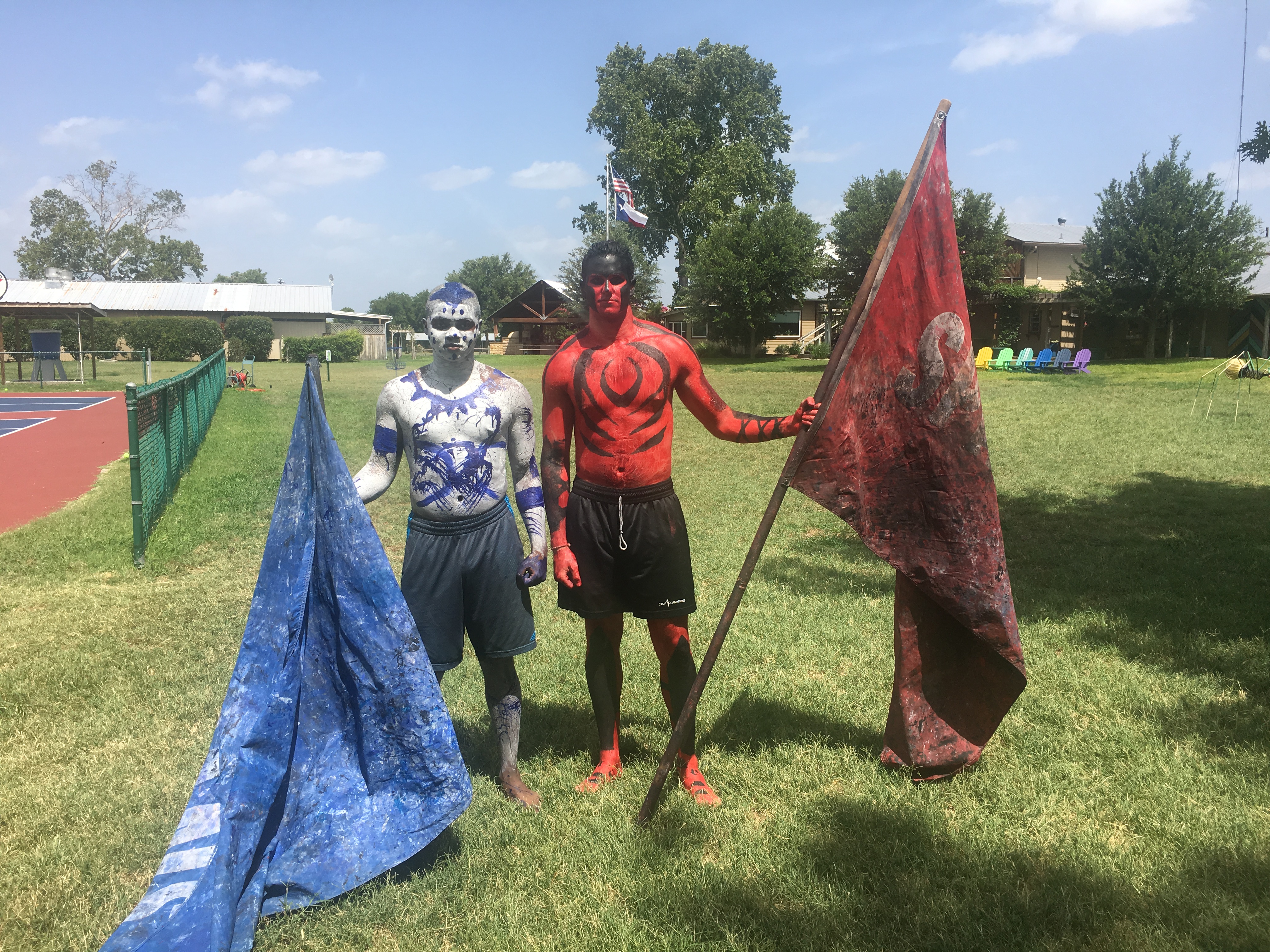 It is kinda impressive, don’t you think?

You are not the only one.

Two years ago, our two sons were counselors and they served as the Trojan Spartan leaders. I had a few pictures of them on my iPad when we traveled to Tanzania that fall.

While in that marvelous country, we had an opportunity to spend the day at a Maasai village. The Maasai are the largest distinct tribe within Tanzania. They are known as fierce warriors and skilled cattlemen. [Note: for centuries, the Maasai believed that all cattle belonged to them. So if you had a herd and were not Maasai, they believed you were just taken care of them for you and they would then liberate them from you. This practice did not endear them to their neighbors.]

The Maasai also have an elaborate year-long initiation tradition for their teenage boys. One aspect of the tradition is the fact that the boys paint their faces with white patterns and isolate themselves from the rest of the tribe and from society.

When we arrived at our Maasai village, we soon learned that we were the first Mzunga (foreigners) to visit them. Many villages have visitors arrive weekly, if not daily in the busy season. We, on the other hand, had missed the normal village and ended up with a less popular group. Frankly, we found this delightful as we had a chance to connect with them as people rather than as performers.

I will share two examples. First, our kids organized a soccer game with roughly 30 children ranging in age from 6 to 15. No one kept score and everyone played hard. The ball was deflated, but their spirits were not. 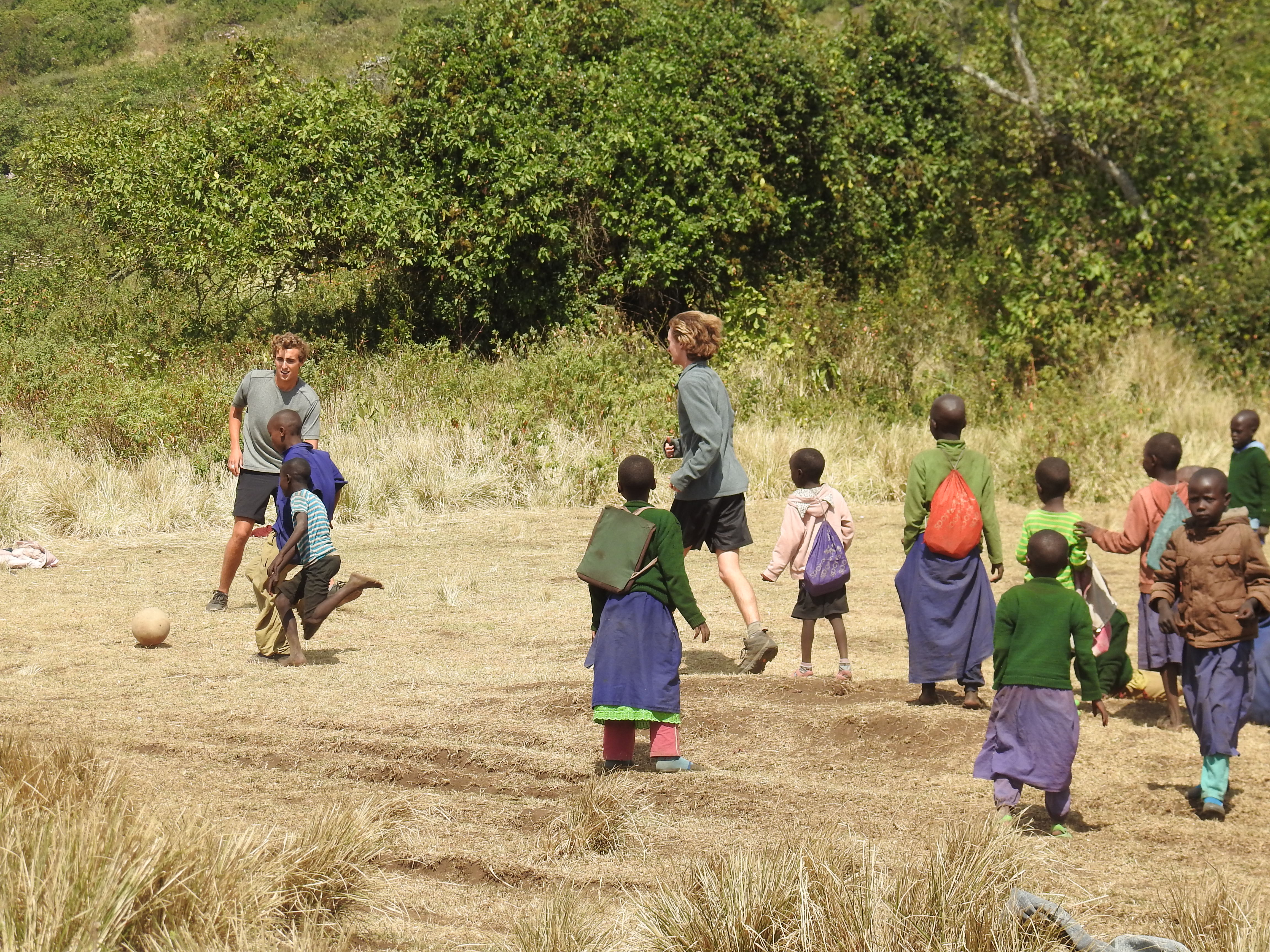 The other example came after we toured their schoolhouse. I approached the head of the tribe and pulled out my iPad. I then showed him a series of pictures of our sons painted for Trojan-Spartan. After some quality pointing and pantomime, they understood that the people in the pictures were our sons. Simply stated, this deeply amused them.

It amused them enough to call the young initiates out of their seclusion to show them the photos as well.

Here is a shot of the group. 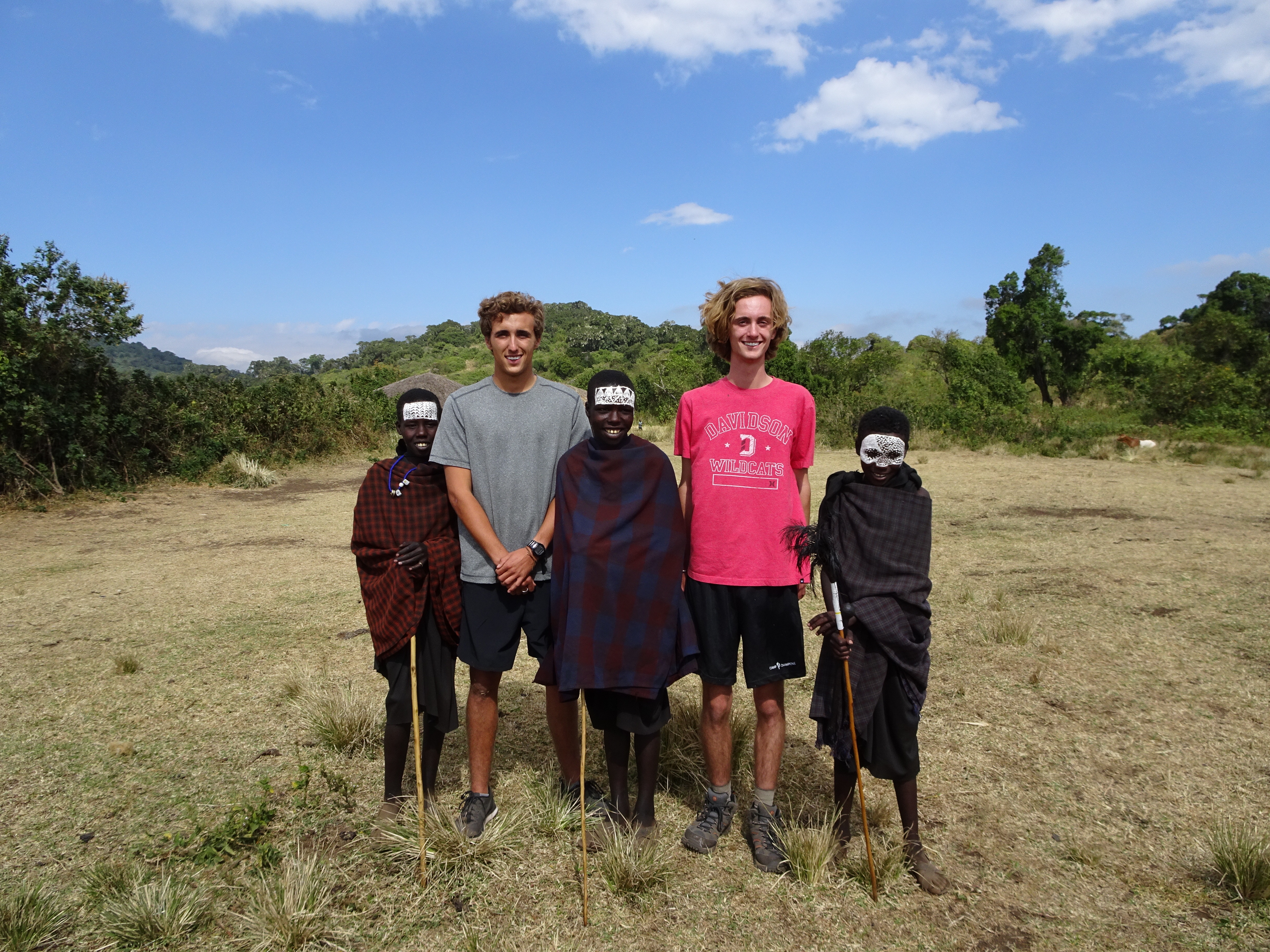 I share this because it drove home aspects of our shared humanity. Despite he huge gulfs in culture and geography, the Maasai clearly understood that these Trojan-Spartan paintings were for fun. They did not think it was anything important (like their own teens’ rituals), but they did appreciate my desire to share. When they brought in their own teens, we felt especially honored that they wanted to include us with them.

We left feeling like the world is a little smaller and simpler than we had found it when we woke. We had made a simple connection with these families despite our language differences.

I guess a little paint can go a long way!