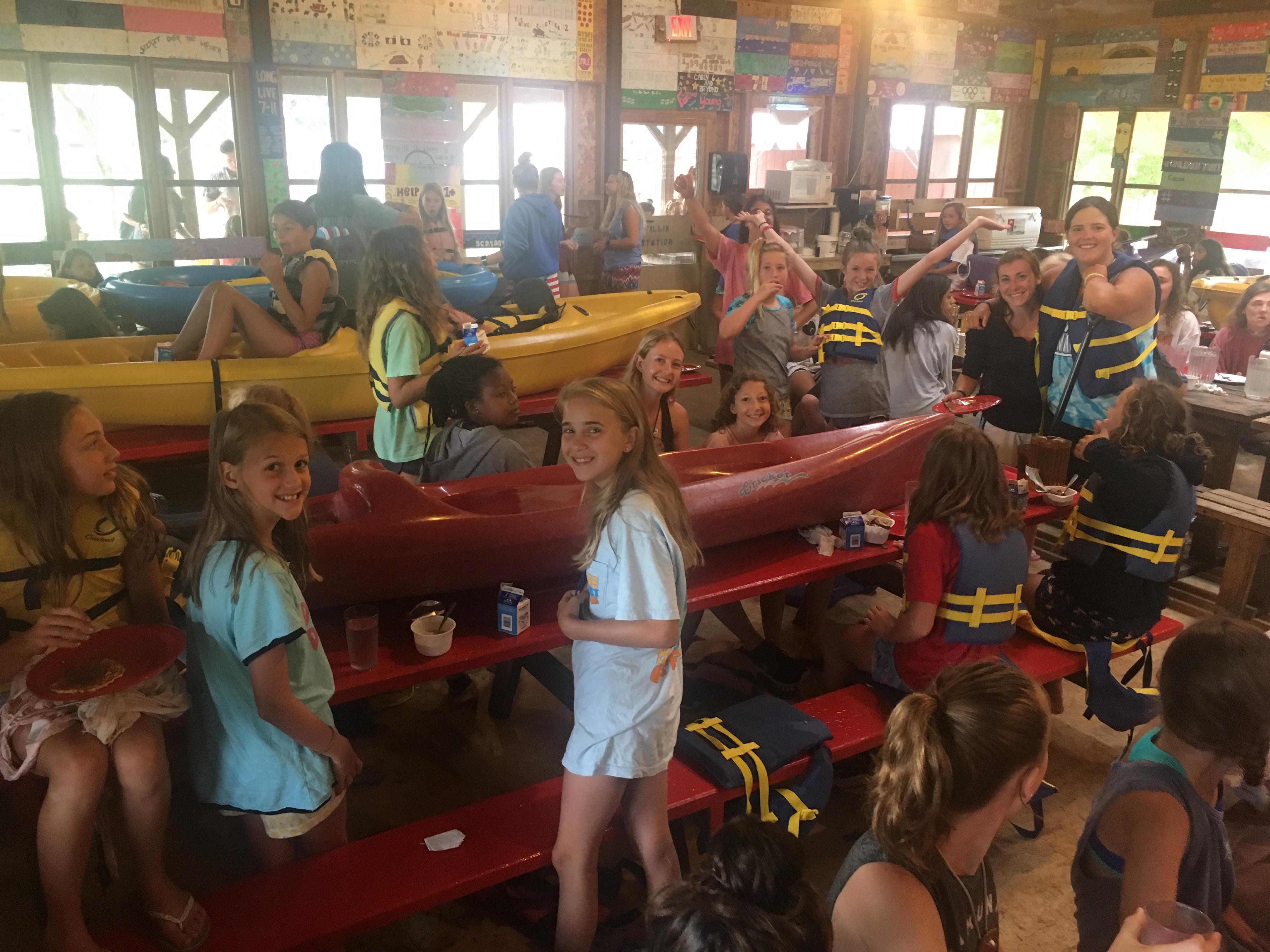 I have mixed feelings about cabin shenanigans.

Consistently, they are among the memories that campers share the most enthusiastically. Just a few days ago, I asked the 11thgraders what their favorite camp memories were. One was sneaking out (with their counselors) grabbing some cookie dough from the Fillin’ Station and eating it under the stars. [Note: unbeknownst to the campers, these “raids” are almost always pre-approved with treats left in conspicuous places for the campers. In this way, we avoid any surprises for the kitchen crew as well as staying on top of allergies.]

Another camper said that he cherished “sneaking out” and sleeping in the Rainbow Chairs, “It was really uncomfortable, but we were together and we talked. It was awesome!” [Again, the Director on Duty saw them there 2 years ago and checked with the Division Leader who had heard that they wanted to sleep in the chairs. After a brief discussion, they decided that nothing was amiss and allowed them this adventure.]

But pranks can also cause annoyance for your humble camp directors. For every clever idea, you must eliminate dozens of terrible ones. The counselors know that all raids/pranks must be approved by a director, so we avoid having the campers go rouge, but it is not fun saying “no” to an enthusiastic group of 13-16 year-olds. Raids that have been proposed (and quickly dismissed) have included the following:

The best pranks have a sense of humor and no true victim. Last year, a cabin moved Cameron (our Camo-Camposaurus) to the deck over the Health Center. In the tiny dinosaur arms was a sign – “Please Take Your Meds”. 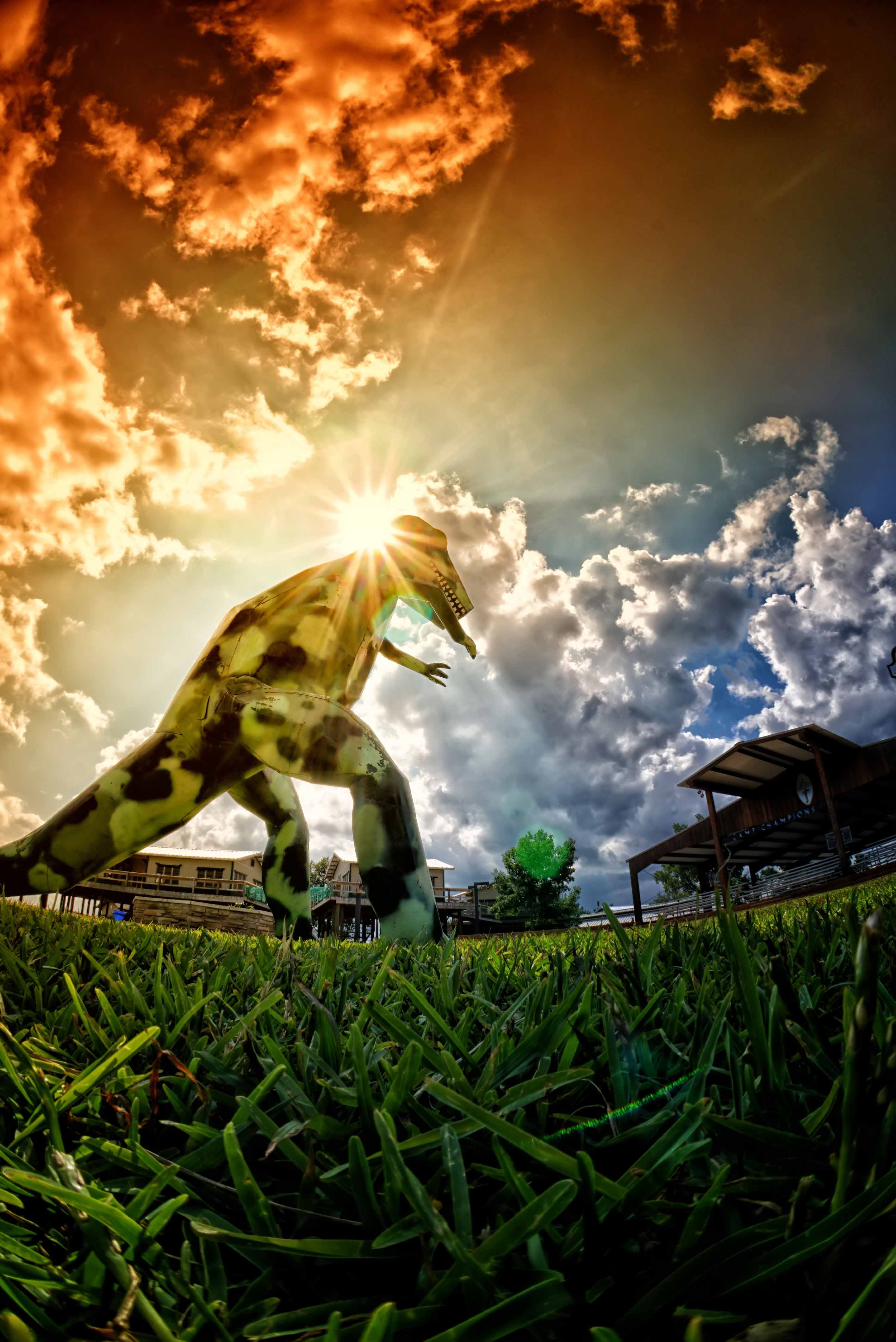 This morning, we had a high quality prank following a prank from 5 days ago. The Midis (the middle girl cabins) had taken a shoe from every Letterman during the Letterman overnight and placed them in the Fillin Station. The Lettermen wanted payback.

This, my dear readers, is a conundrum. You want the Lettermen to have some fun, but you are potentially dealing with the judgment of 10-13 year-old boys. Remember that saying that “nothing is more prudent or measured than a 10-13 year-old boy”?

Nevertheless, with some good leadership from counselors and their Division Leader, they pulled a prank that was funny and appreciated.

A good prank is mostly about execution. If a cabin wants to “raid” the slushee machine, the key is to have the campers dress in dark clothing and approach using stealth and silence. The slushee is not the point, the execution is the key to the fun.

The Letterman plan was to put a kayak on every Midi table in the FIllin Station and put some water into the seating areas of the kayaks.

Sounds a tad boring, but they did a nice job of making it into a mission. First, every camper began his mission by sliding down the Letterman slide, with the understanding that they had to become SILENT once they hit the bottom. Once on the ground, they were exceptionally quiet – almost eerily so. Imagine 50 boys ages 10-13 moving quietly. Not easy to do, is it?

They then broke into teams to get kayaks, life jackets, paddles and prepare the water.

The Directors and Leadership on Duty reported seeing them, but not hearing them.

When the Midis arrived this morning, their Division Leader and counselors did a marvelous job of assuring that everyone saw the fun. They donned their lifejackets, declaring “safety first”. Others sat in the wet kayaks while they ate. All the girls I saw were laughing and enjoying themselves.

By lunch, the kayak elves returned everything to its rightful home, thus assuring minimal Midi inconvenience.

So we managed to have an exchange of pranks, two successful missions and lots of happy operatives!

PS Please do not ever let your children know that we know about all the pranks – I would hate to steal their sense of adventure.