We enjoy our dances at Camp Champions, though it is less about dancing and more about just having fun while wearing costumes to music.

The creativity award goes to these brothers who went as Moses and Pharaoh for Passover. If you can zoom in, the Camp Champions 10 Commandments are worth a read.

Susie Ma’am was candy cone (for Halloween). I dressed as a tiger wearing a robe for Chinese New Year.

I also want to give a quick report on our 1 week “Batter Up” campers. These are first time campers who just finished K-1st.

Yesterday, they found clues at every activity. One clue was on the side of the climbing wall. Another was in a bottle floating in the lake while they rowed in kayaks. Once they put all the clues together, they learned that they would go on a wagon ride to Sunset Point for s’mores.

While at Sunset Point, the boys painted pillow cases while the girls helped. 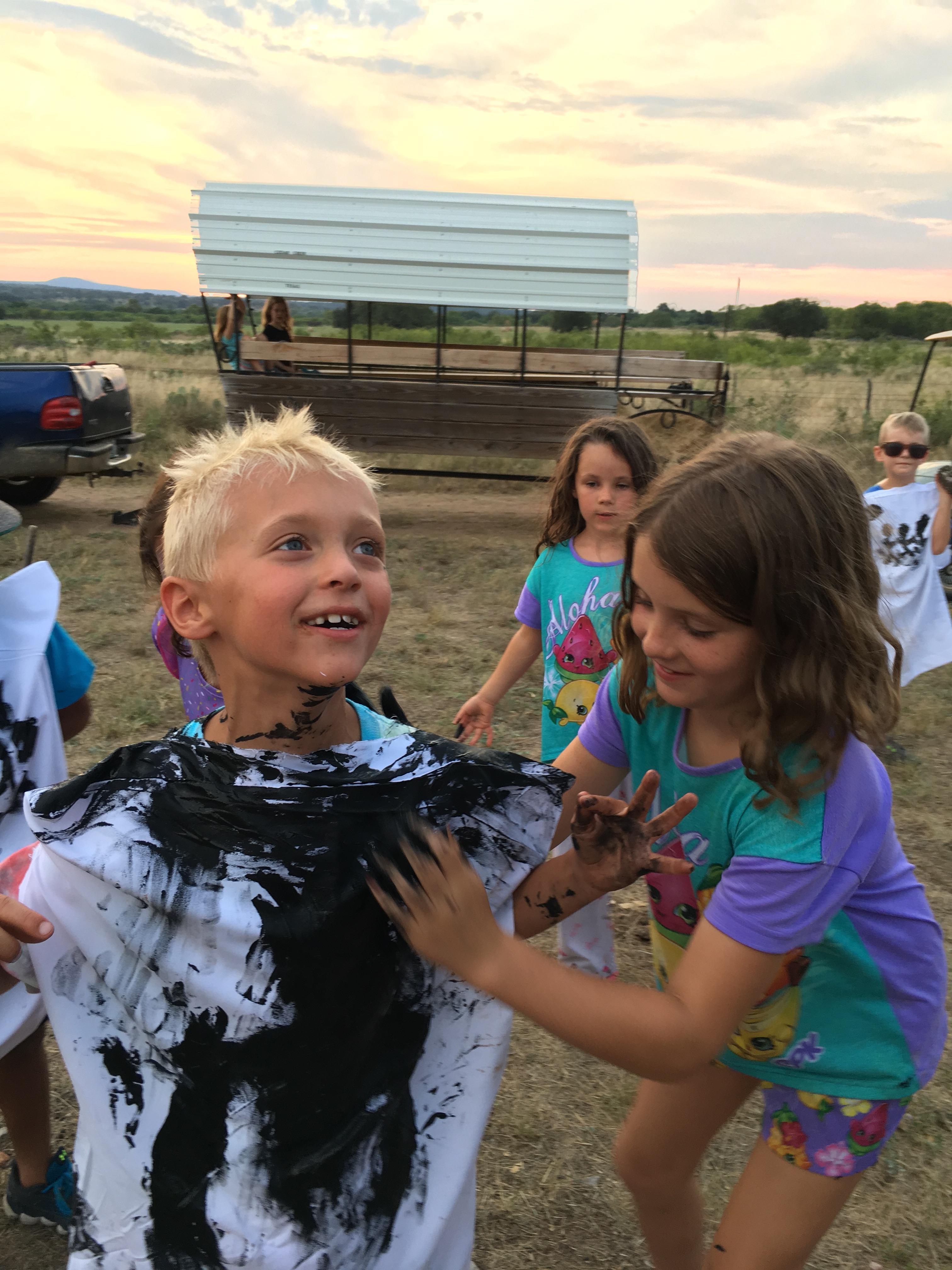 The girls had enjoyed “tribal day” earlier, but wanted to shower. So they agreed to add their artistic flair to the pillowcases.

Tonight, the Batter Up campers “raided” the slushee machine while everyone else was at the dance. I was not supposed to catch them, so I took these inferior pictures through a cracked door.

The final thing I would like to report on was our weather. The high temperature today was 88 degrees. We had some rain, but without lightning, so we enjoyed activities in “liquid sunshine”. The cooler temperatures added a little extra energy to the day.

In short, today was a great day.