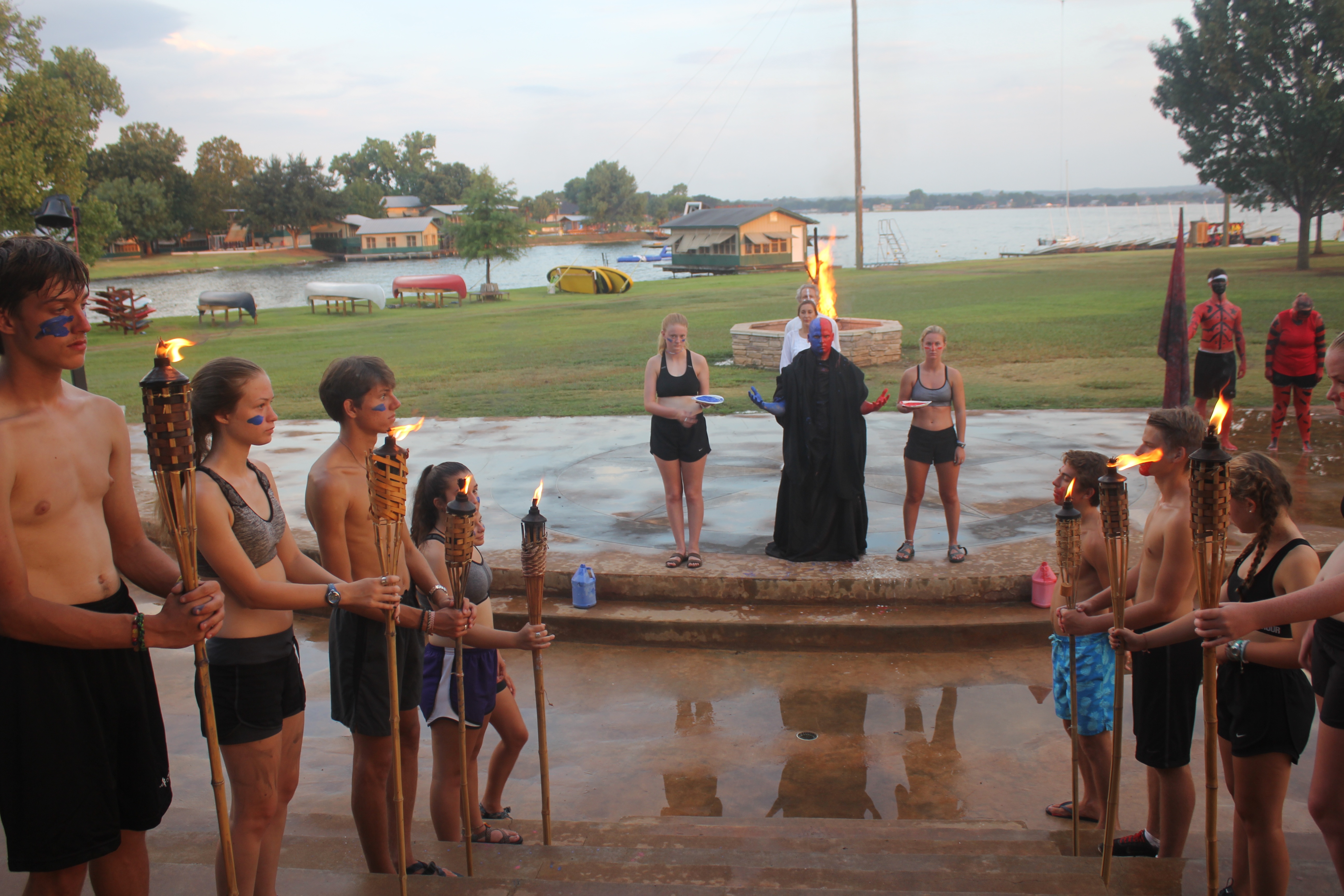 One of the oldest traditions at Camp Champions is our Trojan-Spartan games.

Before campers compete, they must “learn their fate” – whether they are a Trojan or a Spartan. They learn during our Trojan-Spartan initiation ceremony.

The ceremony is a perfect example of how camp can be simultaneously silly and substantive.

Let me paint the picture for you.

We meet at the Coliseum (one of our two open amphitheaters). On one side of the stands sit the Spartans painted in red. On the others, the Trojans display their blue. On the stage is a drummer, two Senior Campers holding paint, the Chooser (more on that is a moment), Susie Ma’am and me. We are dressed in white. The leaders of each tribe flank us. 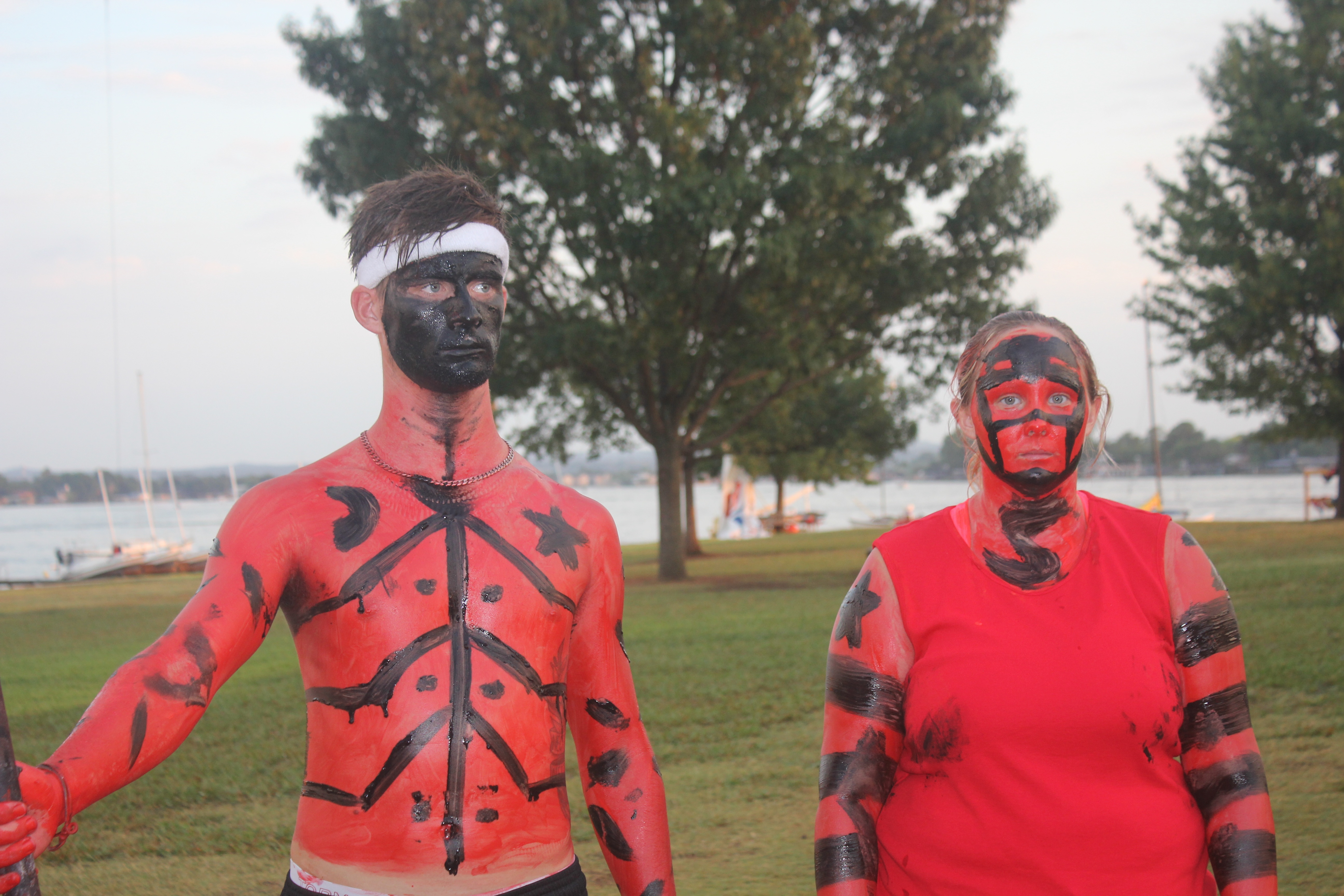 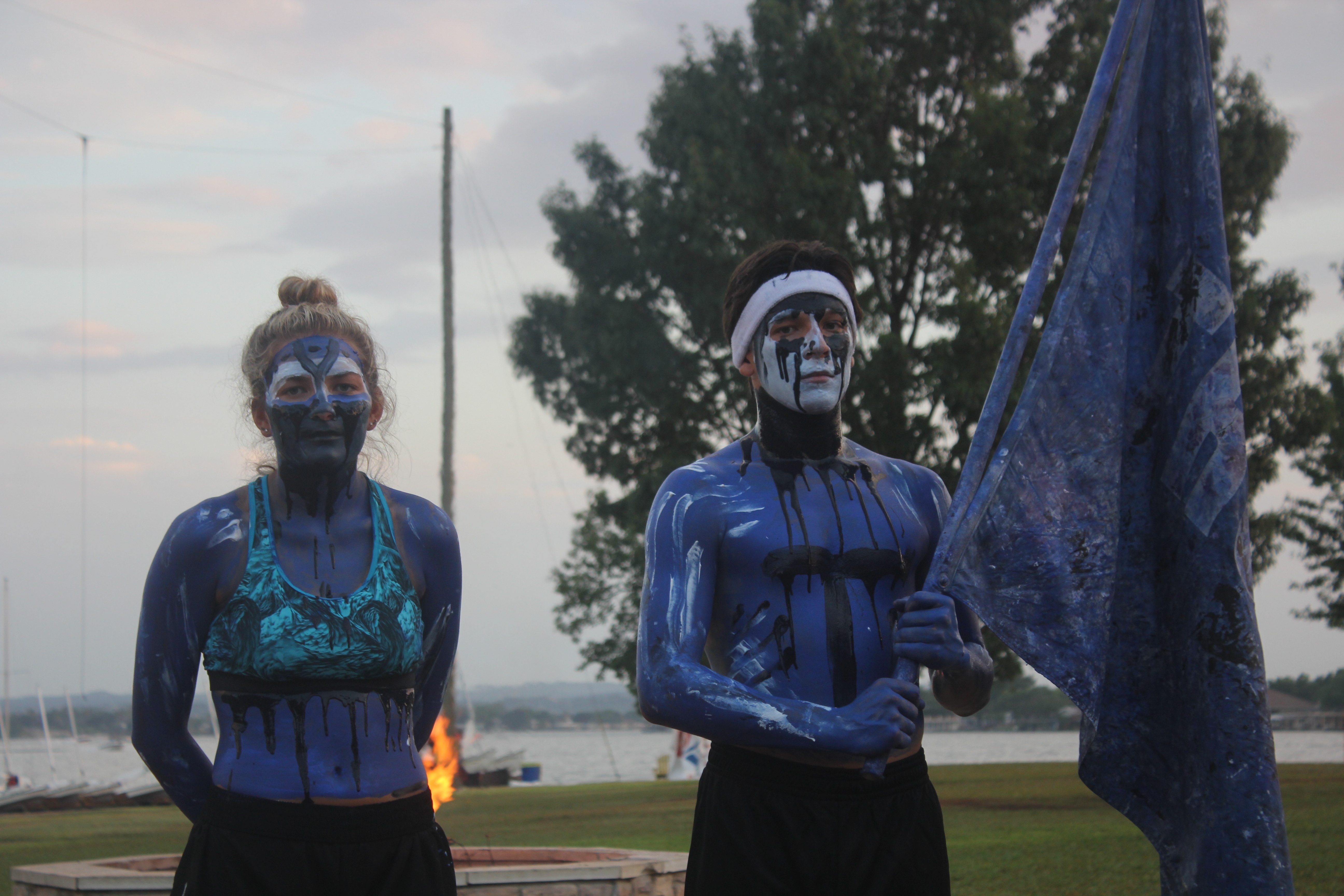 The person that grabs your attention is the Chooser. Wrapped in a black cloak, his face is painted half Spartan Red and half Trojan Blue. First year campers approach him, hear their name and tribe and he paints their faces with a handprint in their tribe’s color. 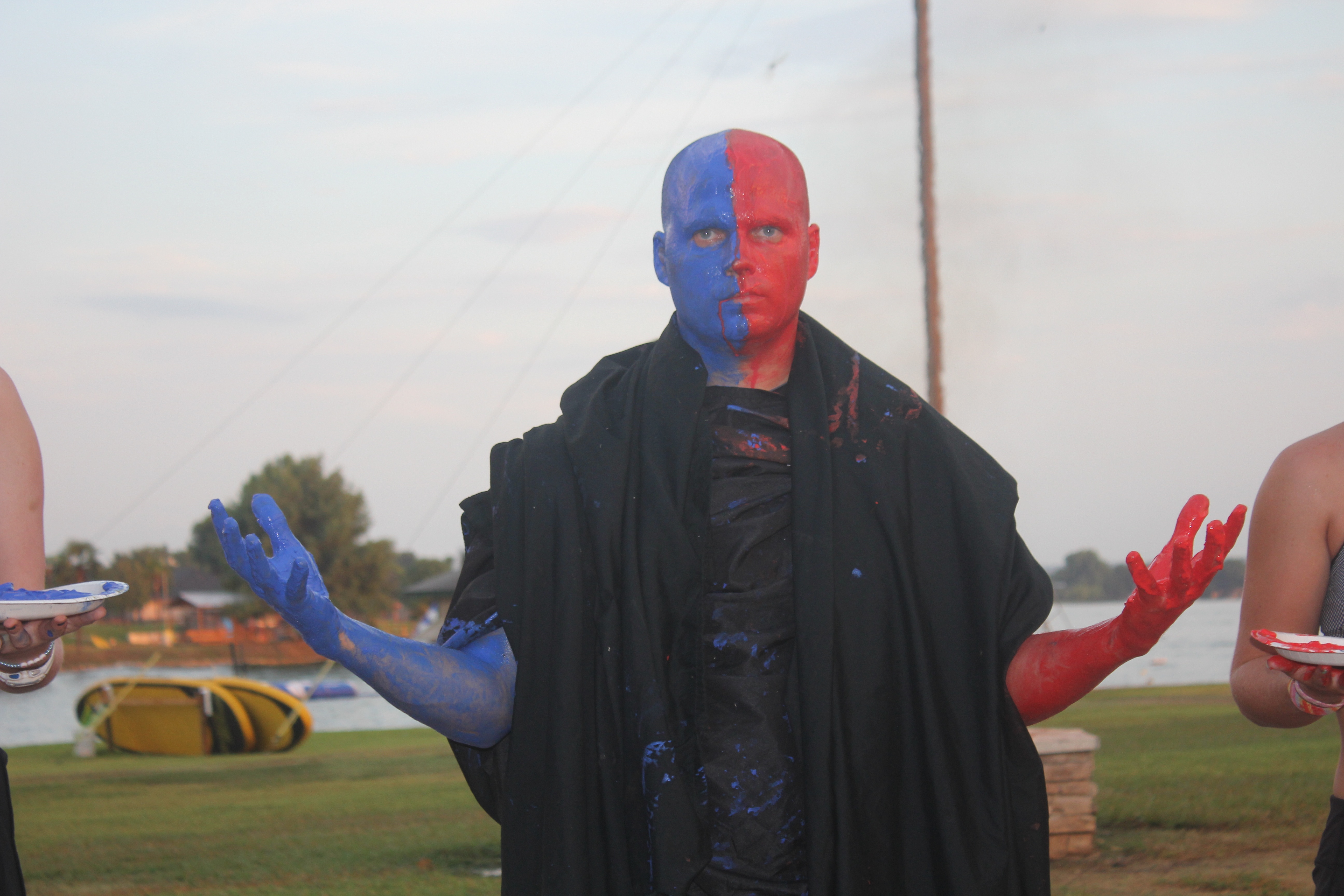 The ceremony begins with a procession for each of the teams while majestic music from The Last of the Mohicans plays.

Before being painted, the new initiates will walk down steps while flanked by Senior Campers holding torches.

We conclude the ceremony with a reading of the Trojan-Spartan legend (Helen, Paris, Menelaus, the Trojan Horse) and a charge to compete with humility and sportsmanship.

Let’s take a look at this. You can see it as absurd or majestic.

Here is the argument for absurd. A group of people in central Texas are listening to a movie soundtrack and talking about Hellenic heroes while putting paint on the faces of children.  Seems absurd to me.

But when done correctly, something really cool happens. Suddenly, we are more than just campers – we are part of a long history of these Trojan-Spartan games, going back to 1967. The drum adds solemnity. The music might be from a movie, but it is really good movie music. The Senior Campers hold their torches and hold the space, letting the campers know that something important is happening. When we conclude and talk about sportsmanship and honorable competition, it feels more like a powerful charge than a simple request.

We tell our counselors that camp is a magic show and they get to be the magicians. A poor magician is painful to watch, but a skilled one can inspire us to think the world is full of mysteries.

We were good magicians last night. 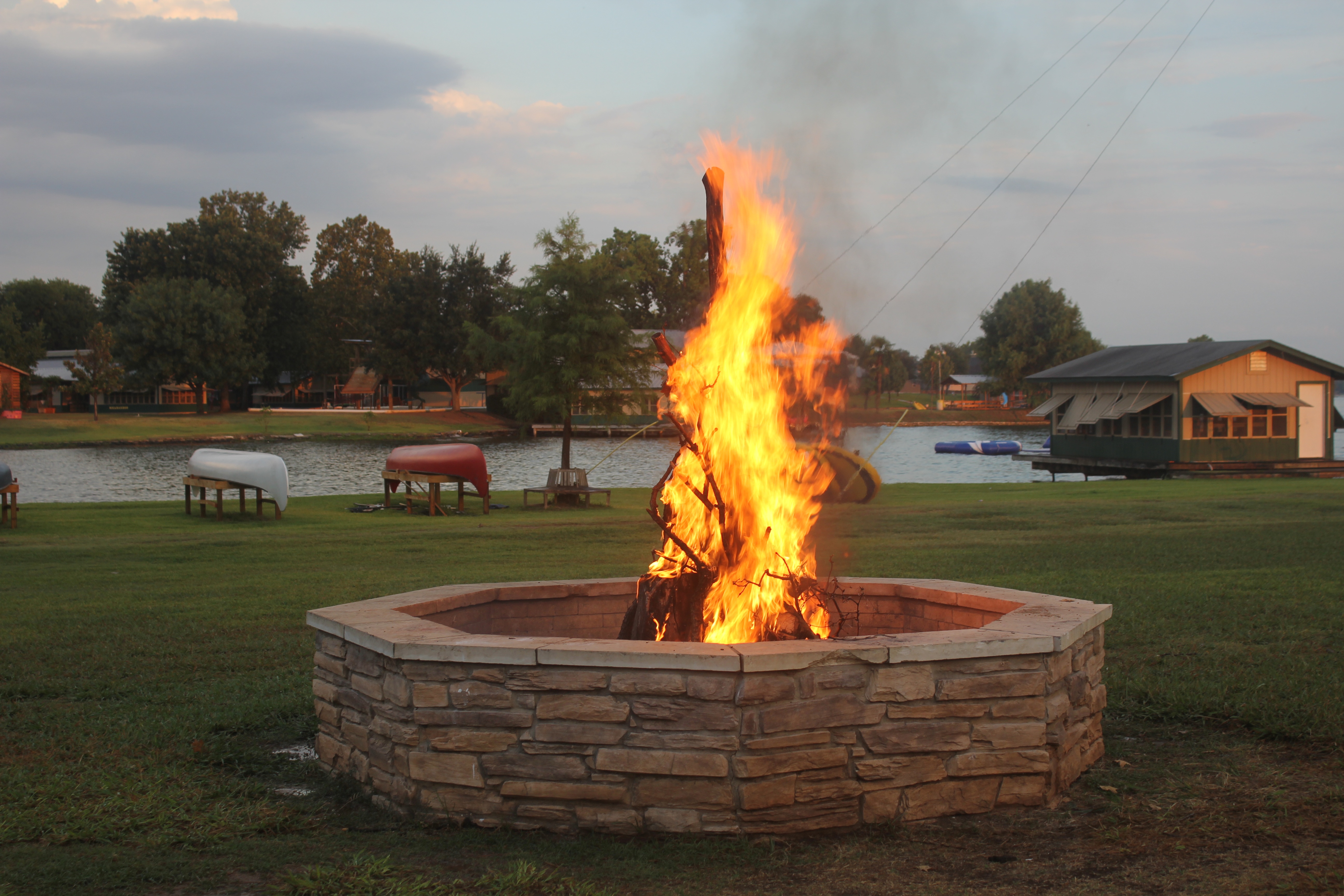