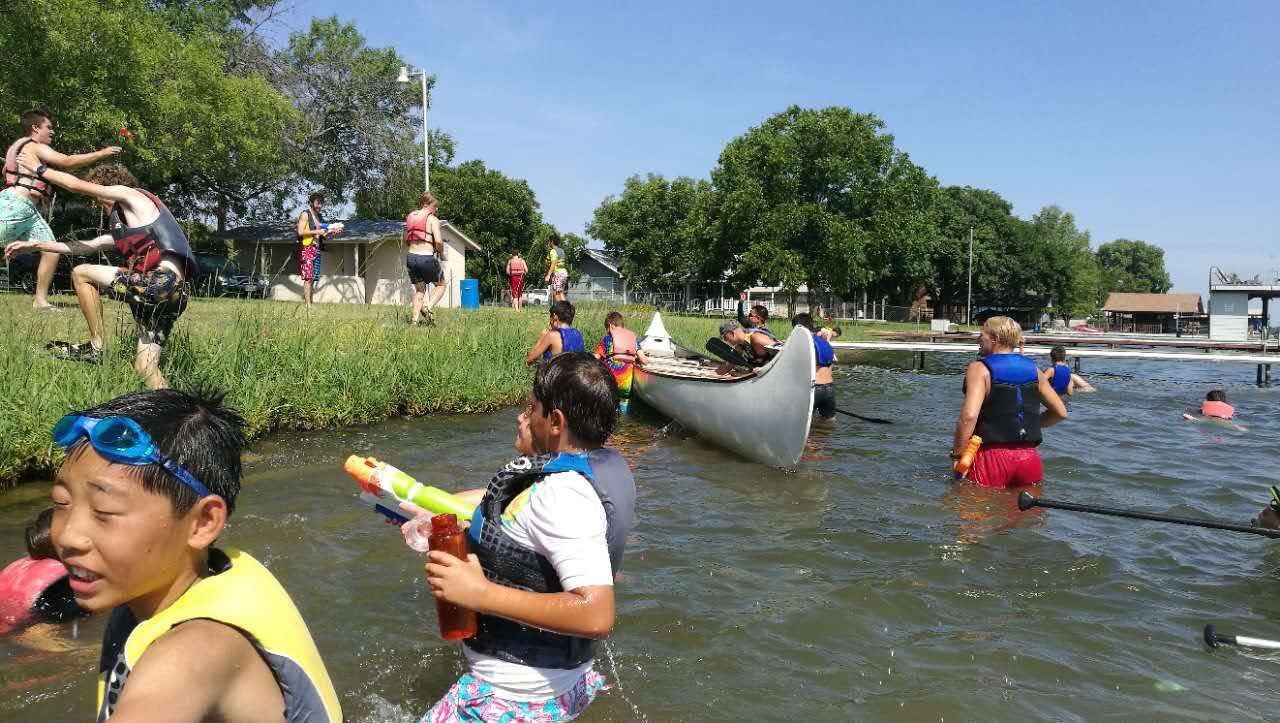 There are several advantages of coming to camp at the end of the summer. Perhaps most importantly, the counselors and staff are well-experienced. Even the staff members who were new to summer camp in May are now veterans. They have dealt with homesickness, the camp schedule and the vagaries of cabin life.

Another advantage is that everyone can see the end of the summer. There is no reason to marshal your energy for another session. Every counselor at camp is in his or her final cabin. We have found that seeing the end brings extra energy as well as a hint of nostalgia. The counselors appreciate camp so much more when they know that have less than 2 weeks.

Of course, there are typically disadvantages. One of the downsides you often see at camps at the end of their season is monotony. At most camps, each session is highly similar to other sessions. This does not affect the campers, but it can lead to counselor fatigue. Several years ago, we noticed this and decided to address the challenge.

Rather than have 2-3 dance themes that we repeat 3 times each, we created 4 to assure variety. Each session has a special meal: Bavarian, caveman (all food eaten with hands – quite a fun, messy endeavor), Fiesta and Hero Gyros.

The first night of each session has a different campwide game.

But this summer, I have seen counselors and division leaders display unusual creativity. Five days ago, I described a first-ever joint Mini-Maxi division night and a private Trojan-Spartan ceremony.   These provided unexpected variety and fun.

On Sunday morning, we saw another example. The Senior Campers (the high schoolers) went across the lake to a small park. While listening to tunes and enjoying some refreshments, the Letterman (boys around 10-12) took some war canoes and silently crossed he lake and ambushed the Senior Campers. 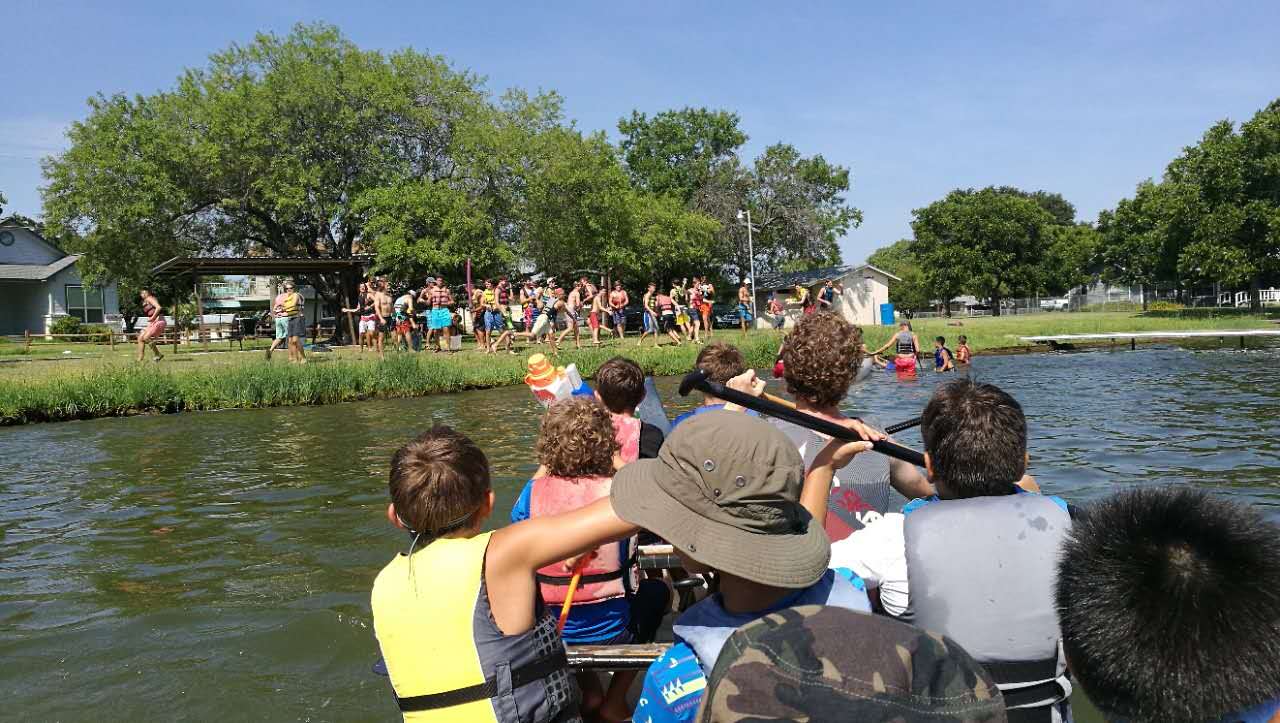 Unbeknownst to the Senior Campers, their division leader had brought a few water balloons and water guns as well, so they had a fighting chance. 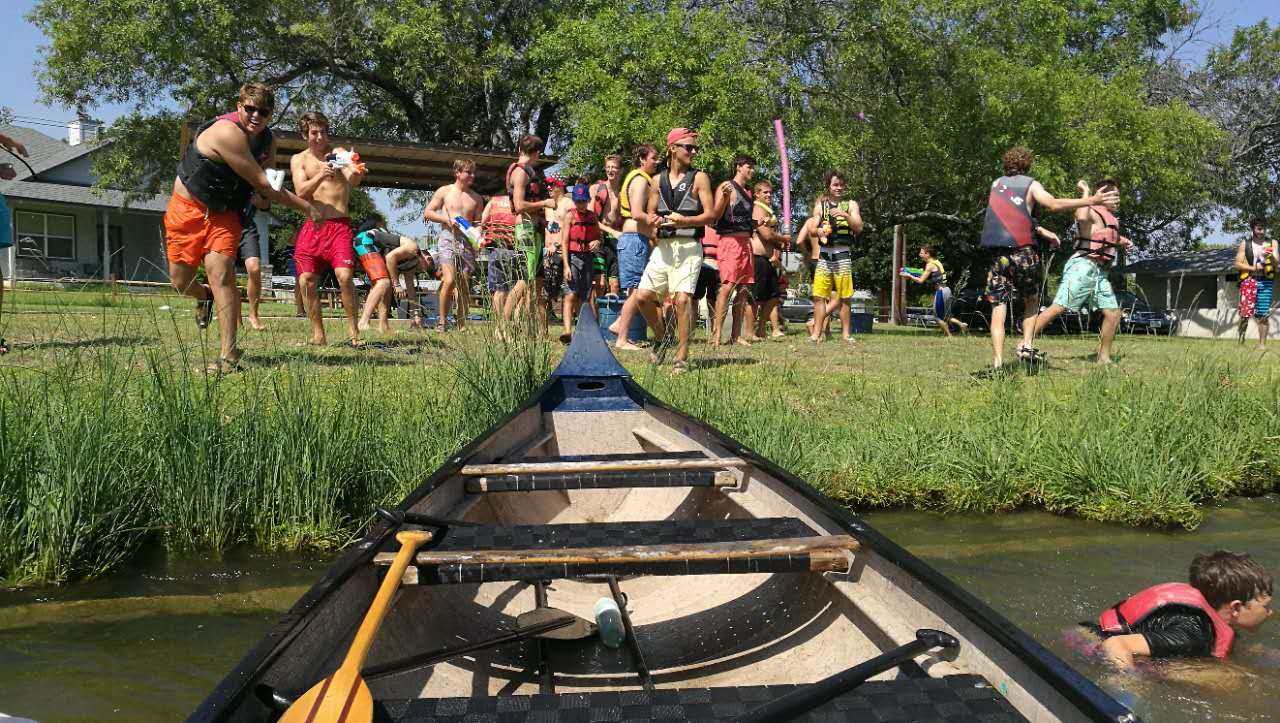 Eventually, the battle ended when the two division leaders conducted a peace ceremony in which they 1) shook hands and 2) the Senior Camper division leader put a pie into the Letterman’s face. [Note: the historians among you may remember that this is exactly how the battle of Appomattox concluded.] Everyone then got an ice cream sandwich (again, Appomattox) and returned home.

So it would seem that there is only upside to attending camp at the end. We hope you are as happy as we are.