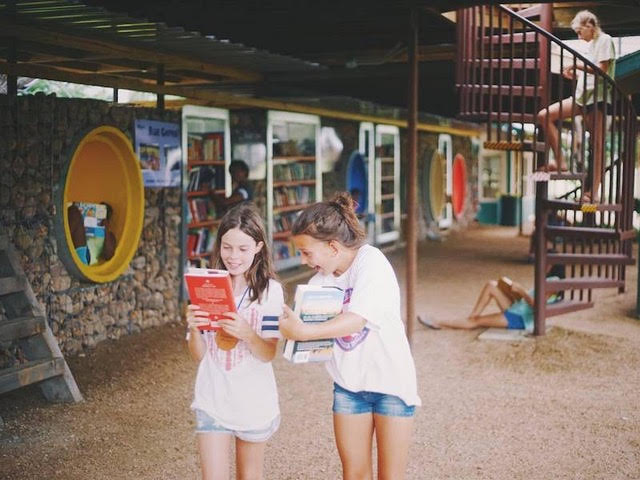 Normally, I would be telling you about the Holiday Dance, division afternoon (activities for groups of 4-5 cabins) or Trojan-Spartan games. Let me assure you that all went very well. Campers competed, danced and played heartily.

Today would have been my little brother’s 51st birthday. Two years ago, he passed as the result of a rare form of non-smoker lung cancer.

JJ was a dedicated husband and father to two wonderful boys.

He was also the most enthusiastic volunteer I ever met. Whenever I found myself in Austin, I inevitably met a JJ admirer who would share a story about him. Some would tell me about his advice, while others would explain how he helped them raise money for a worthy cause.

Everyone still comments on his humor.

JJ loved libraries. He saw them as an opportunity to provide access to computers and books to everyone regardless of their background. A great library can be a powerful equalizer and he wanted to make sure that the internet did not kill them.

When he passed, we wanted to honor him here at camp. About the same time, we had a few people talk about how much they wanted places of reflection and serenity at camp. On a typical day, we have a plethora of craziness and chaos. But we also wanted places to be calm and centered.

We decided to built the Hearth (our 5 studio Arts Center) and combine it with a library. We commissioned an architect (who, of course, JJ helped us find) to design both. We began to collect books after he passed in 2015, but we needed time to build a structure that would be good enough for your children and my brother.

We are thrilled with what we have now.

Perhaps the biggest surprise for me is to see so many of our high-energy, bounce-off-the-wall campers join their calmer comrades in the library.

Seeing the campers there make me realize that JJ is still here at Camp Champions. That is quite a reassuring thought.