Hanging at the Hearth and SImple Kindness 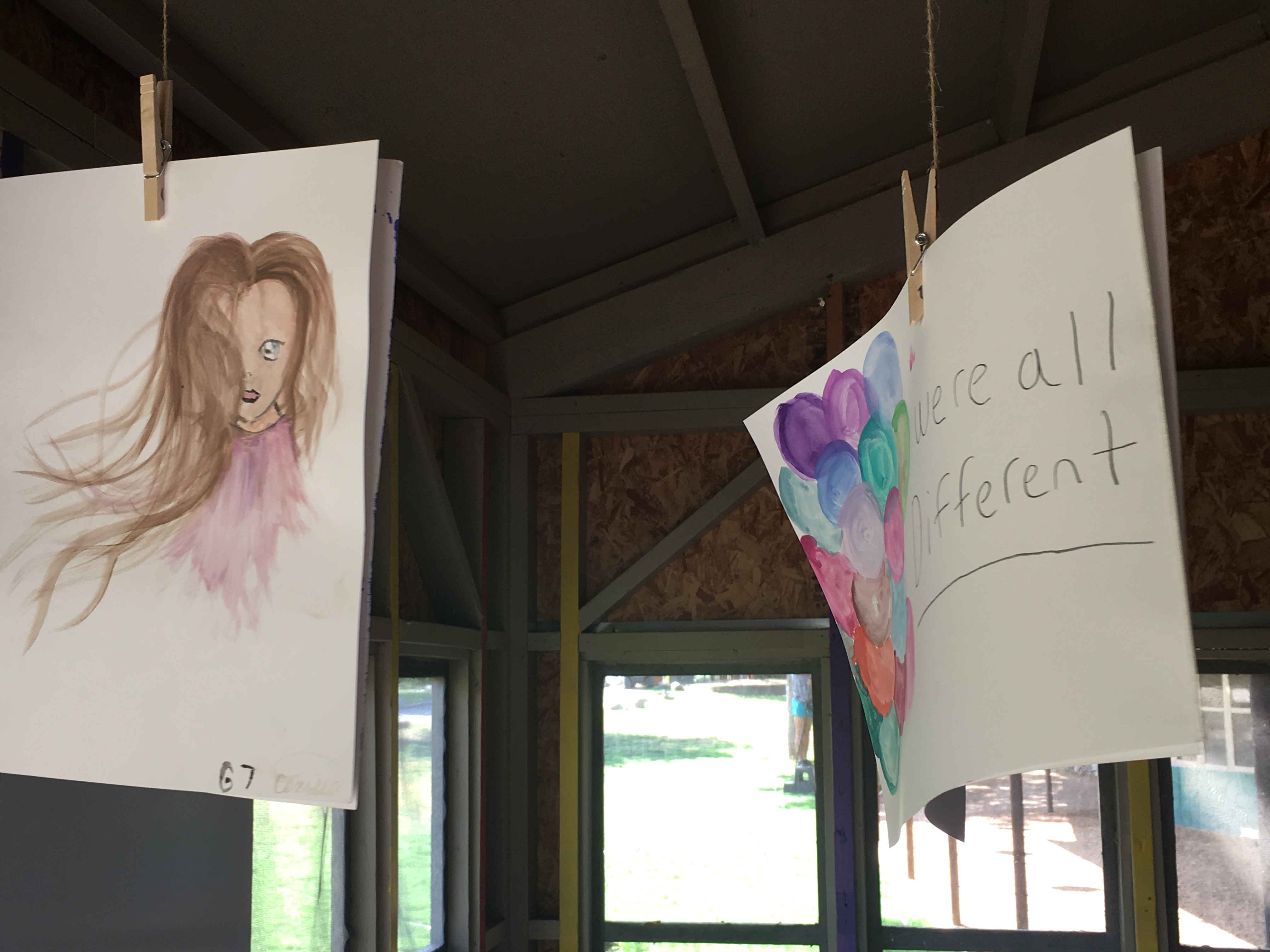 Sometimes a blog writes itself. Today is such a day. I have two fun items to share.

First, I managed to spend some time at the Hearth to see how the campers are enjoying it. Yesterday, we had our painting and drawing specialist come for a day of clinics. Karen Maness teaches painting (including painting for theater and opera productions) at the University of Texas. She, her husband Rusty (who also teaches at UT) and their two sons (8 and almost 2) joined us for a day. They had a blast, but so did everyone that got a chance to work with her. 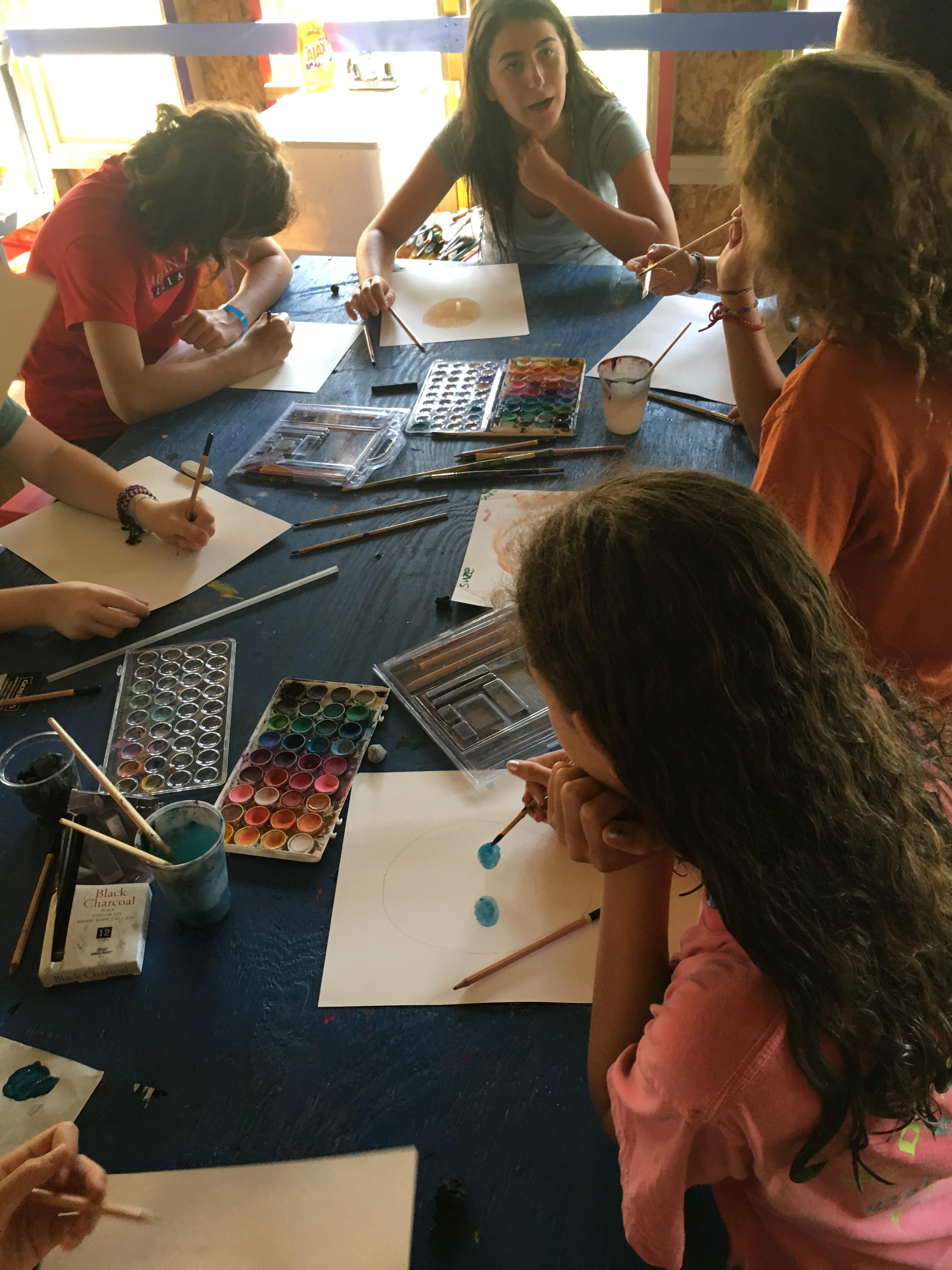 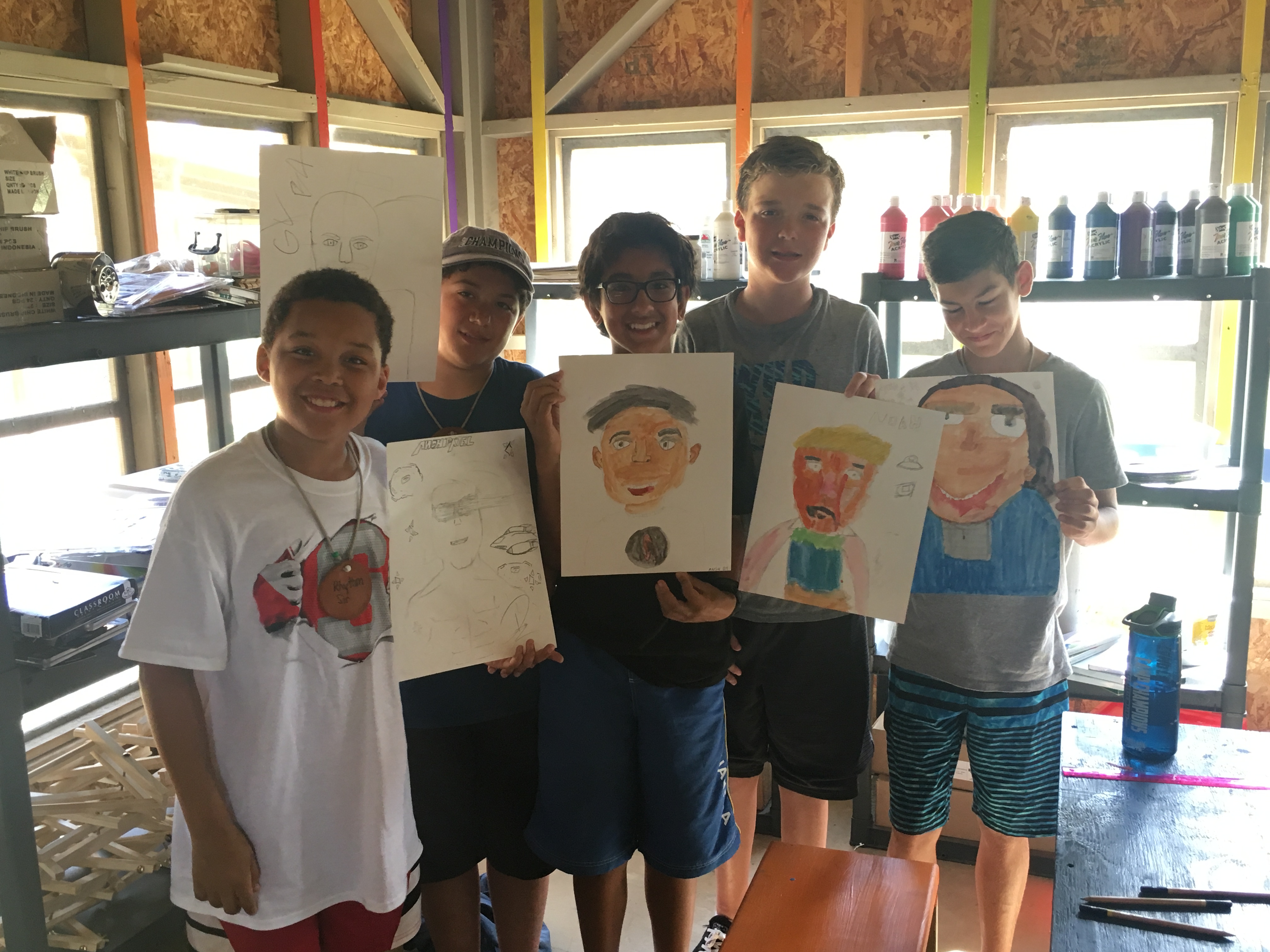 I saw some of the drawings that campers created while she was there, but I also saw much more. 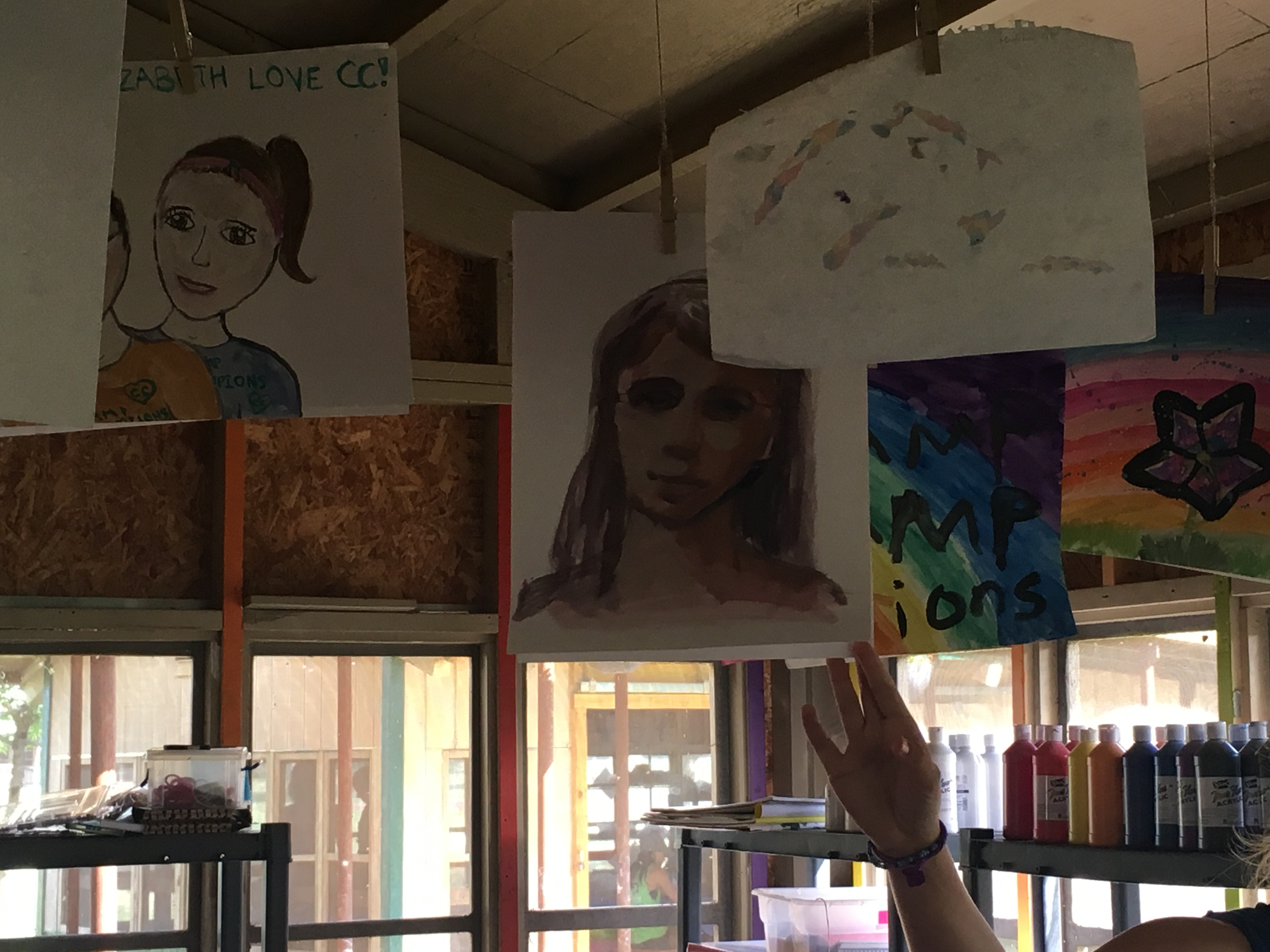 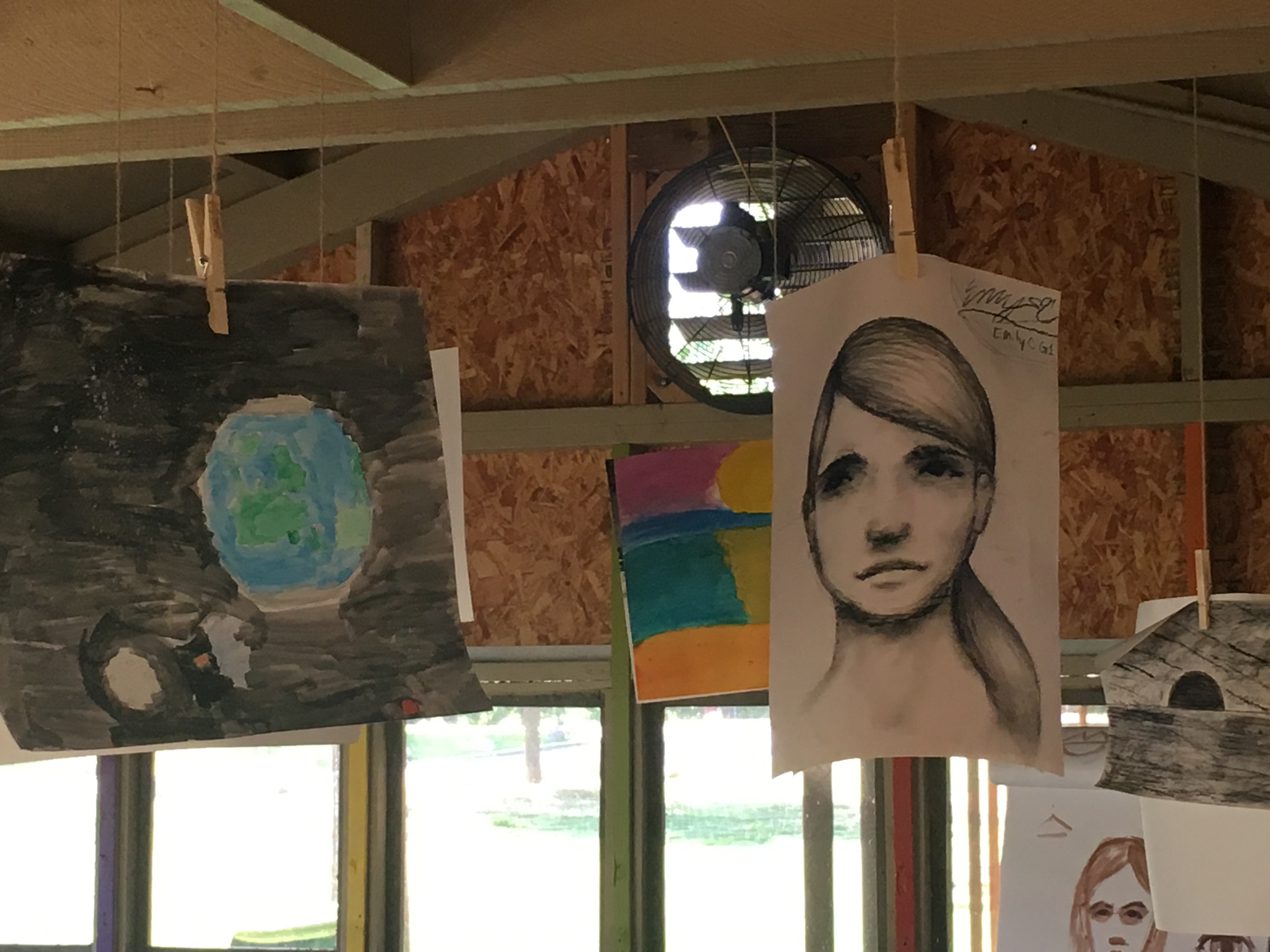 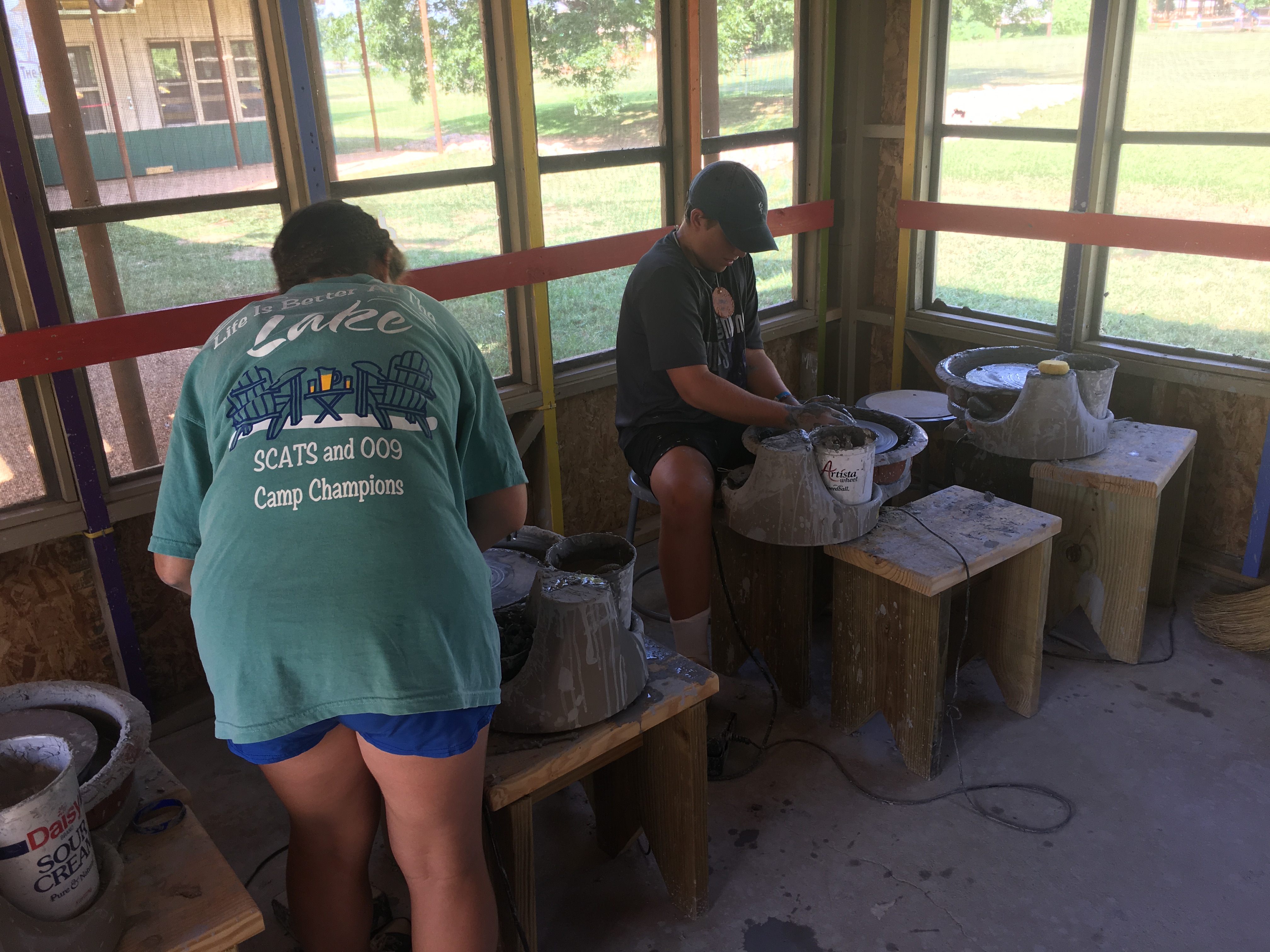 Woodworking was making cool plaques with nails, paint and string. 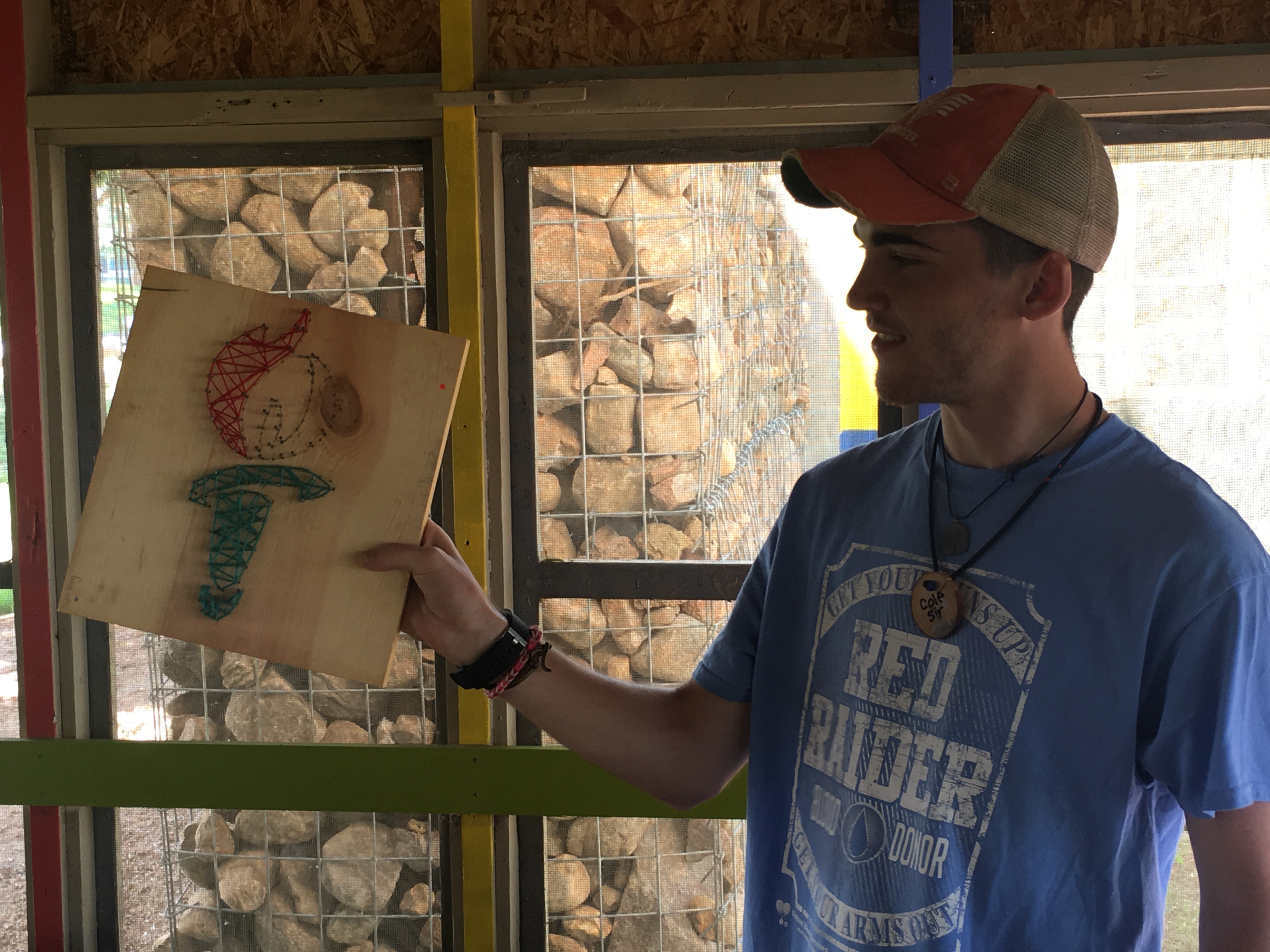 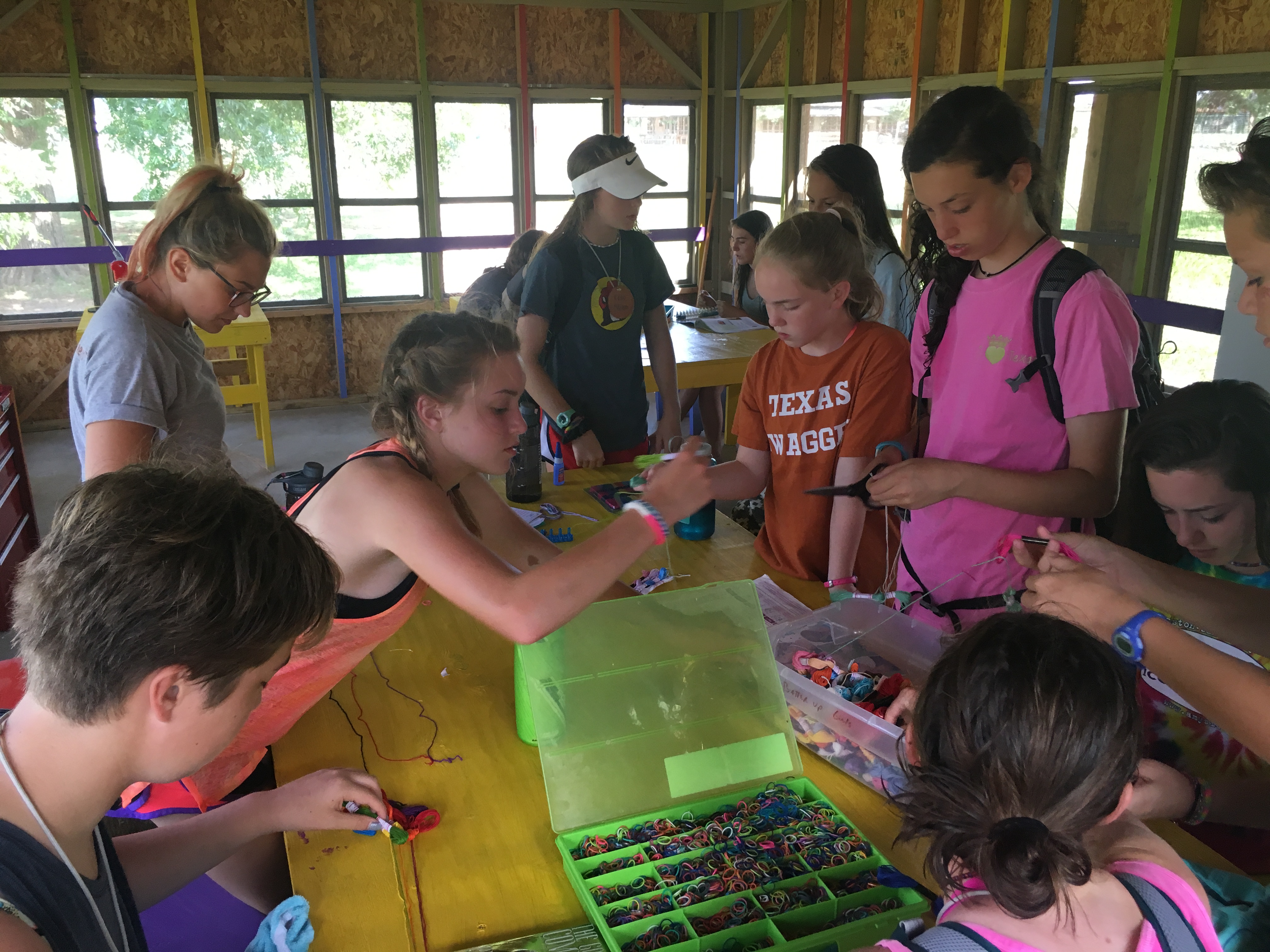 And campers of all ages and genders were perusing books in the library. This camper is one of our highest-energy 7th graders, but he found solace in an hour of swinging and reading. 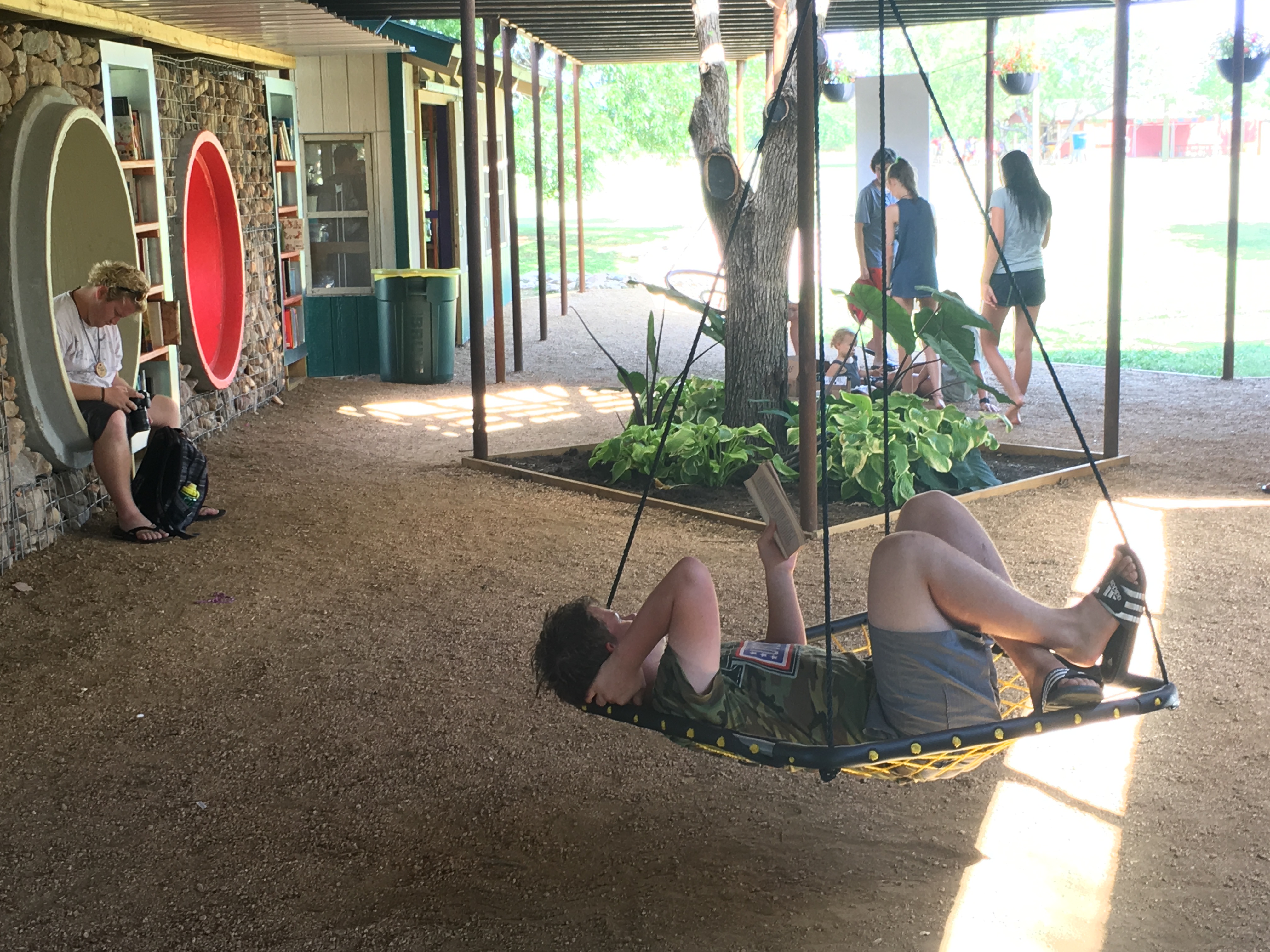 This spring, we heard a talk by Susan Cain, the nation’s leading expert on introverts. She described how being at camp was a challenge for her because everyone wanted her to be loud and rowdy. A few years ago, Susie Ma’am and I had heard her TED talk describe this experience.

We resolved that Camp Champions would be a place that celebrates extroverts and introverts. The Health and the Library are part of that plan.   I was thrilled to see it working perfectly. Even the non-introverts were relishing the quieter, more sedate atmosphere of this refuge.

The second item I would like to share was a comment on one of my blogs from the parent of a fourth year camper. I think it speaks for itself.

“We’ve certainly seen the benefits of camp transfer back home. This past school year, [my husband] was approached by [our daughter]’s music teacher. She wanted to commend us on something that she had witnessed in her music class. There was a boy with special needs who never wanted to participate in music. He sat in the back and never sang, clapped or even paid attention. He happened to be in [our daughter]’s class this year and, as always, the music teacher was trying to get him involved. One day [our daughter] grabbed the boy (I’ll call him Johnny) by the hand and brought him to sit by her and a friend at the front of the class. She encouraged him to clap and dance and sing along with the class. He began to follow along and participate. Ever since, [Our daughter] makes sure Johnny sits by her and her friends at the front of the class each time. The teacher commended [my husband] and I on doing such a great job raising our daughter to seek to include Johnny rather than leave him out. Our first thought was, “Oh that’s from camp”. The Reaching Out goal of camp is hands down my favorite of the four R’s.”

In case you are wondering, I think that mom gives us a bit more credit than we deserve, but we love the idea of the gifts of camp following our campers home.