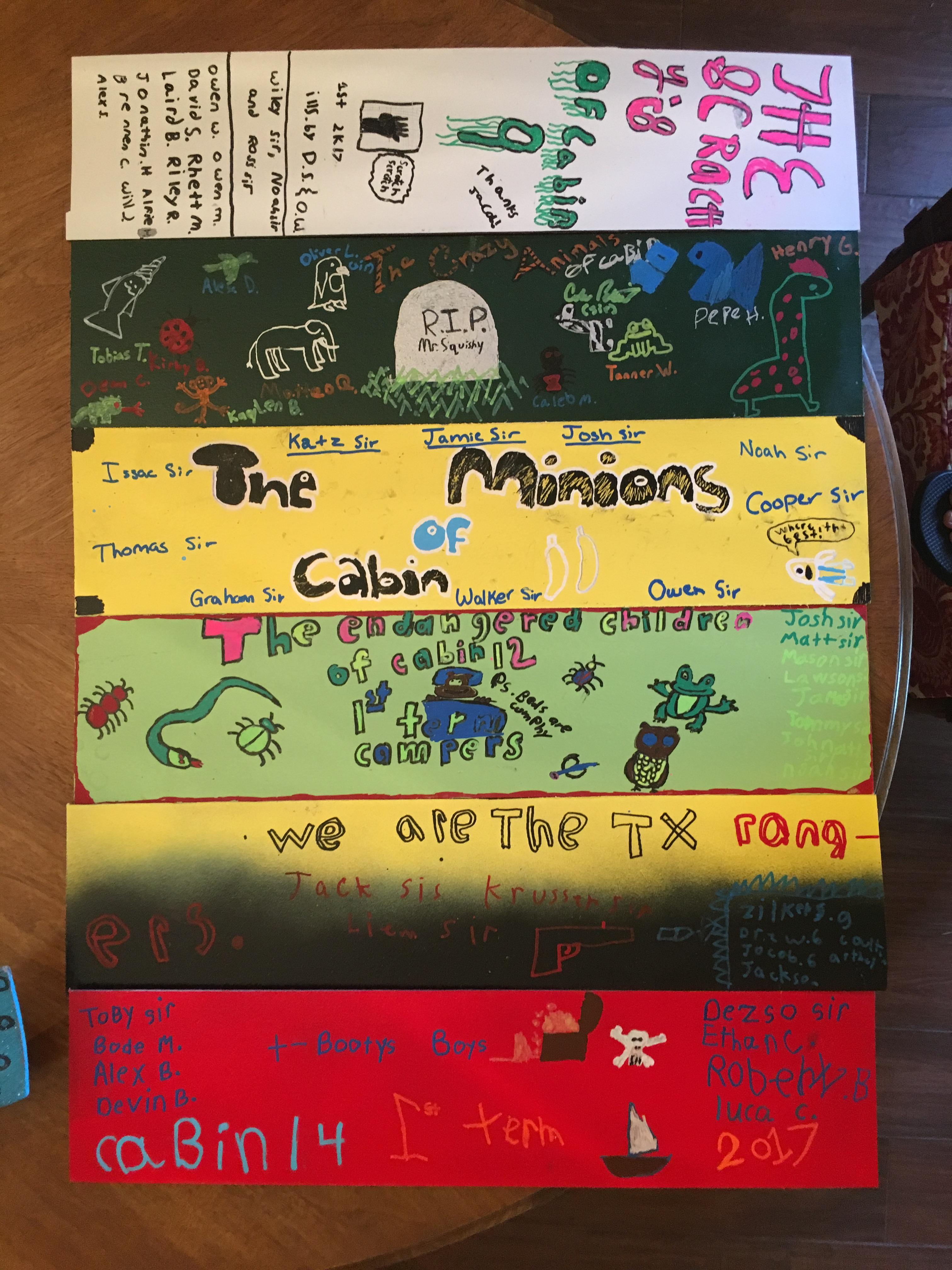 “Today is my favorite day at camp!”

This is Brett’s 13th summer at camp. She has been a camper, a Senior Camper, a counselor and is part of our leadership team, serving on our new camper team.

“Because everything you need to know about camp you can see at the lake and the pool today.”

As a reminder, today is the day the 7th and 8th grade girls do the Lake Swim (see photo below) while the younger campers swim a kilometer in the lake (4th and 5th graders) and in the pool (3rd and younger). 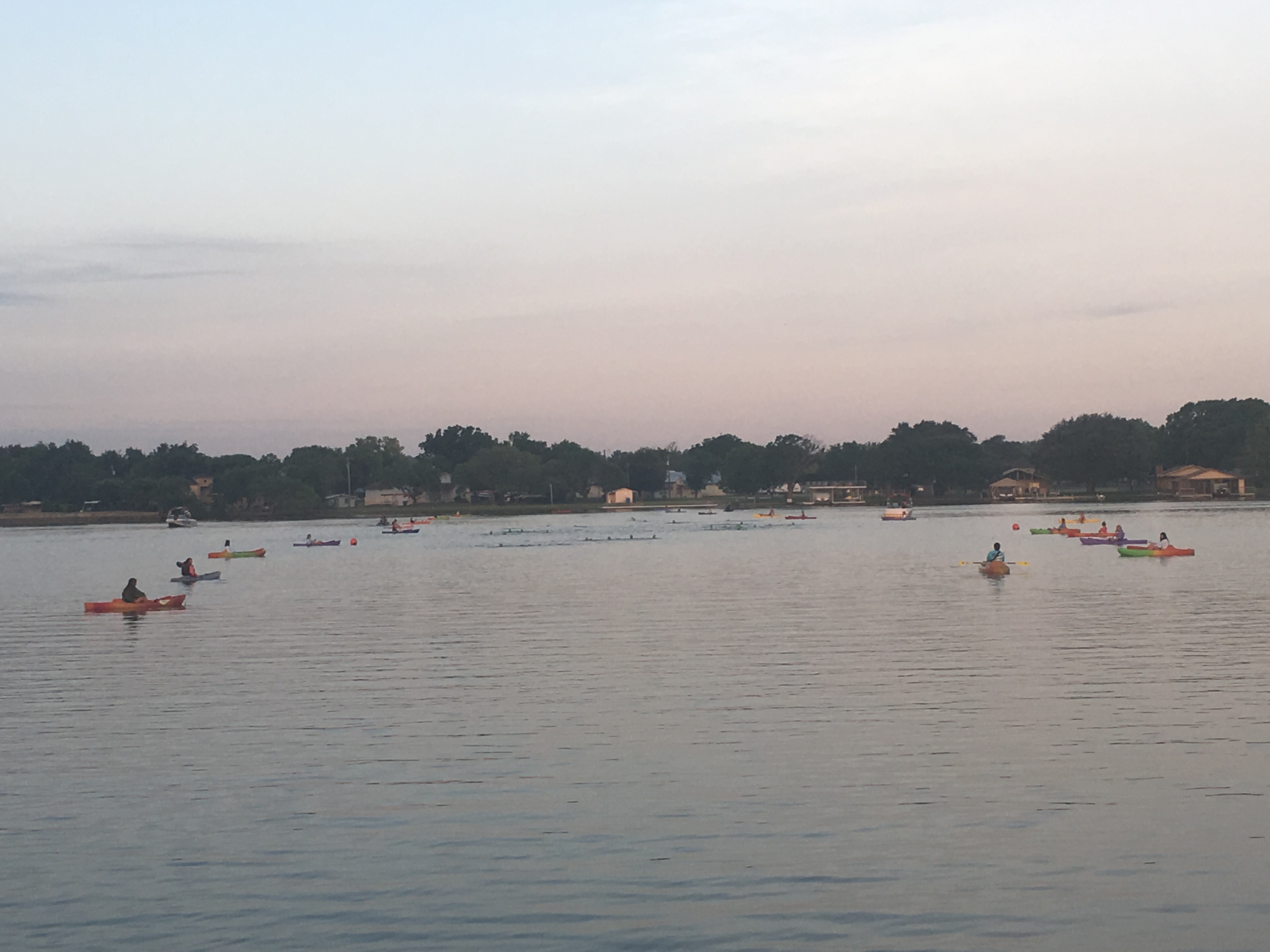 “Just think about the pool. We are playing fun music and people are smiling. That’s fun – just like camp. But there are also campers who are nervous. They are not sure whether they can swim a kilometer. But they try anyway. Of course, they are not alone. Their counselors – even the ones that work in non-swimming activities – are in the water with them, swimming, treading water and encouraging.”

“One by one, the girls emerge from the pool with huge grins. They are proud and seem stronger, even if they are tired. The counselors are exhausted, but elated as they give their girls congratulatory hugs.”

Our swim challenges are all challenge-by-choice. If a camper is really worried about the swim, we let them do so in a life jacket. We also like to tell them that the second best athlete that ever attended Champions wore a life jacket for the Lake Swim. [Note: the best athlete was Super Bowl MVP Drew Brees, who attended for 9 summers despite his coaches cajoling him to focus on football. The second best is a young man who will play lacrosse at Duke, having turned down a chance to play football at Stanford.]

We want to make sure that campers always feel safe, even when they are out of their comfort zones.

I also want to share a story and some Rookie creativity.

The story reflects the dedication of our counselors. The counselors are there for your children, - day or night – to meet their needs. If a camper is feeling poorly in the middle of the night, they escort the little ones to the nurses to make sure they are OK. If they are missing home, they will read to them until they fall asleep.

Occasionally, a counselor is awakened for something less than a true emergency, but they are great sports about it.

A counselor for 9-year-olf girls reported to me that a camper woke her insistently at 6 AM a week ago.

“Wake up, wake up!” They girl said as she shook her counselor.

After shaking the mental cobwebs, the counselor sat up, focused on the camper and responded, “What’s up? How can I help?”

Holding up a letter home, the little girl simply asked, “How do you spell ‘pirate’?”

Speaking of spelling, the division leader of the youngest boys took a reasonable risk this week when he allowed his campers to make their own plaques. Every cabin makes a plaque every session and we hang them in the Fillin Station for everyone to appreciate while they eat. Looking at the plaques is like a walk through time, with some from every decade back to the 1960’s.

Typically, boys lack both artistic refinement and taste. You never really know what 7-9 year-olds will come up with.

In this case, they are pretty cute. OK, they are not museum-worthy, but they are colorful, creative and really fun. Their creativity extends to their spelling. “Scratchy” becomes “Scrachy”, a counselor named Richard Kreuser becomes “krusser”.

One group comments that the “beds are comphy”. I have no idea why the campers of Cabin 12 consider themselves “endangered”, but since they have the “comphy” beds, I guess everything evens out.

The boys of cabin 10 are mourning the passing of “Mr Squishy”. A bit of research reveals that Mr Squishy is – was – a frog. I do not know with certainty how Mr Squishy passed, but he is now immortalized.

I was unsure about “Bootys Boys” until I saw the drawing of a treasure chest and realized it was pirate booty.

At least they did not have to spell “pirate”.