Camper-Inspired Silliness, or A Camp Wedding 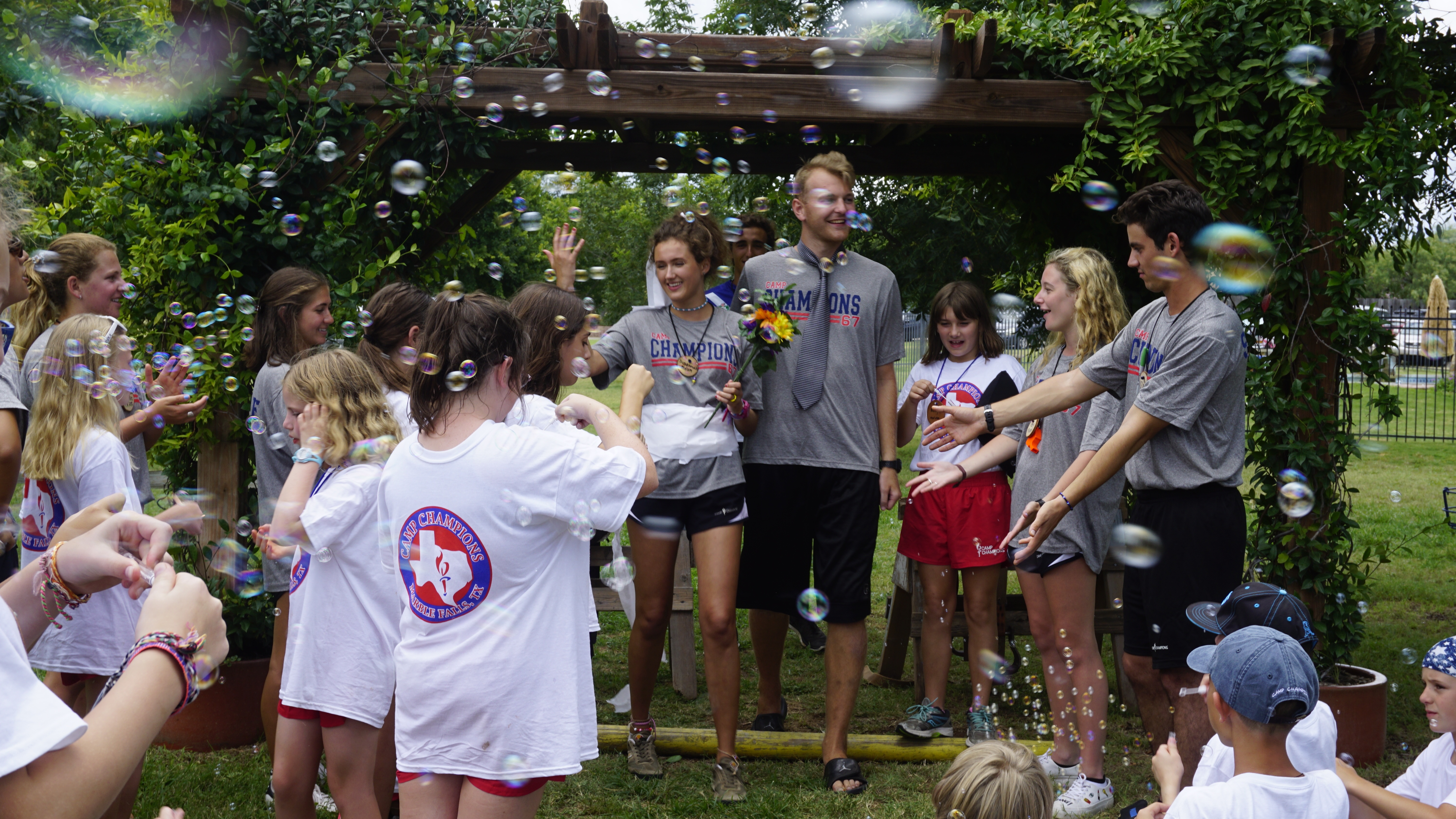 Sometimes, the best camp memories entirely emerge from the minds of the campers.

Sure, we have 6 periods of activities everyday plus special events in the evenings and on the weekend. We spend months planning what we hope will be fun and special memories for the campers.

But we are also open to the ideas of creative minds.

No one is quite sure where the idea of a “camp wedding” came from.   Actually, we know it came from a group of girls in the Midi division who just finished 5th grade. We, however, cannot assign complete credit to any one girl. Many claim credit, but those who were there remember it as an organic idea that seemed to grow rapidly in a moment of minutes.

During their swim tests on Sunday, several of the girls noticed their two counselors talking to two male counselors. Just talking. Not flirting. According to the counselors themselves, the conversation was primarily about the afternoon schedule, not exactly romantic faire.

But the imagination of an 11 year-old is a powerful force. Observing the chat between their counselors and these two guys, the girls came to the only conclusion that seemed logical to their minds.

They were fated to be married.

If you have ever attempted to separate an 11 year-old girl from an idea that 1) amuses her and 2) could result in a fun event, you know that this concept had tenacity. Now imagine the power of 9 such girls simultaneously united.

Yep. A “camp wedding” was going to happen.

Before I go any further, please know that we value and respect the institution of marriage. My marriage to Susie has been perhaps the single most important commitment of my life. The event that these girls organized was as much a wedding as our Trojan-Spartan games are a study in Hellenic history.

Nope, this event was an excuse to be silly and create a memory.

In this regard, it was wonderfully successful.

The “ceremony” happened under the first tee of our disc-golf course, the couple sat on saddles placed on saw-horses 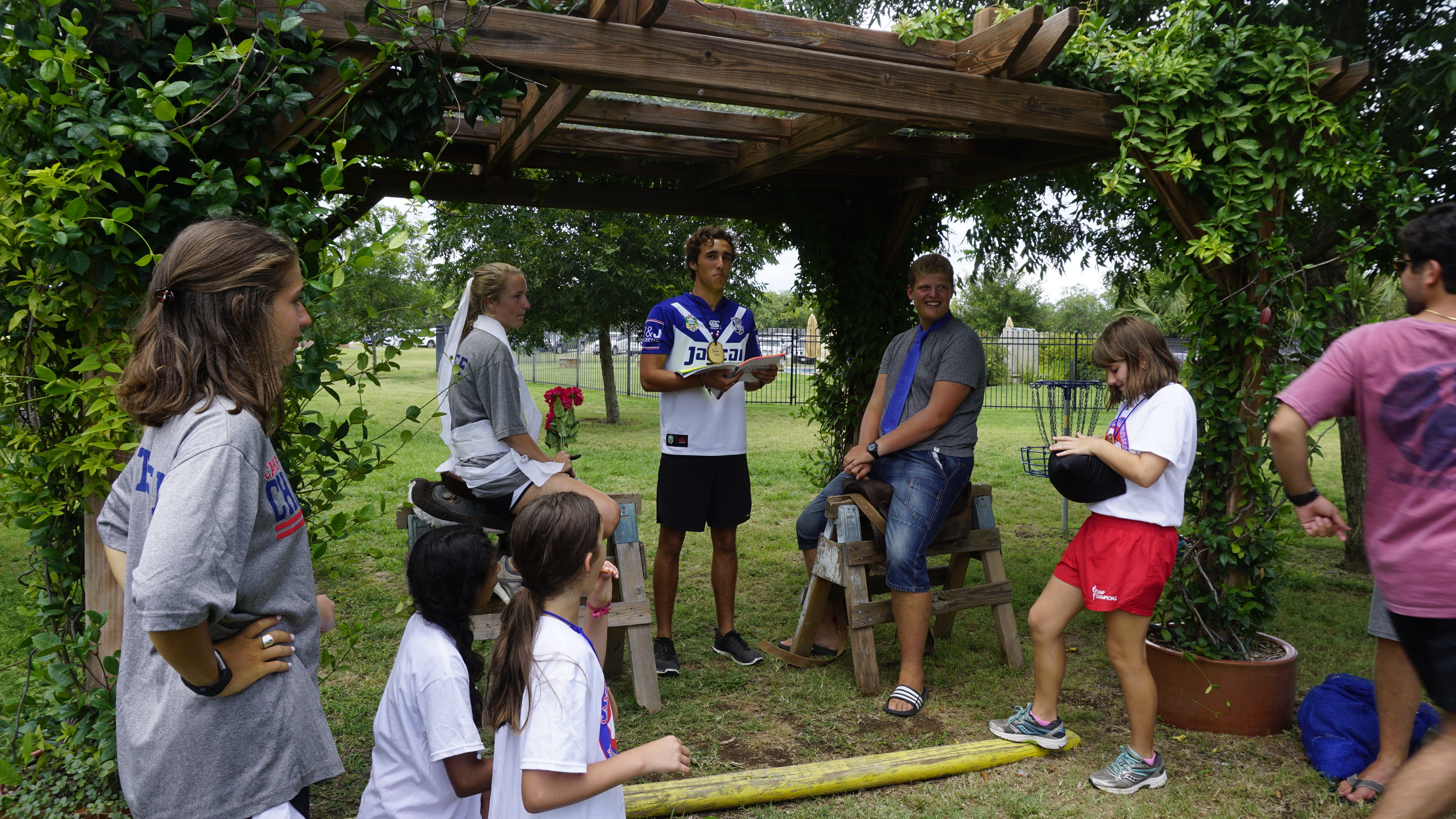 and the officiate was Liam Sir (wearing the traditional garb of a Rugby shirt) who presided “by the power vesting in me by the CC Counselor Handbook. [Note: as one of the co-writers of the aforementioned handbook, I was unaware of any such power. I guess it must have more umph than I thought.] 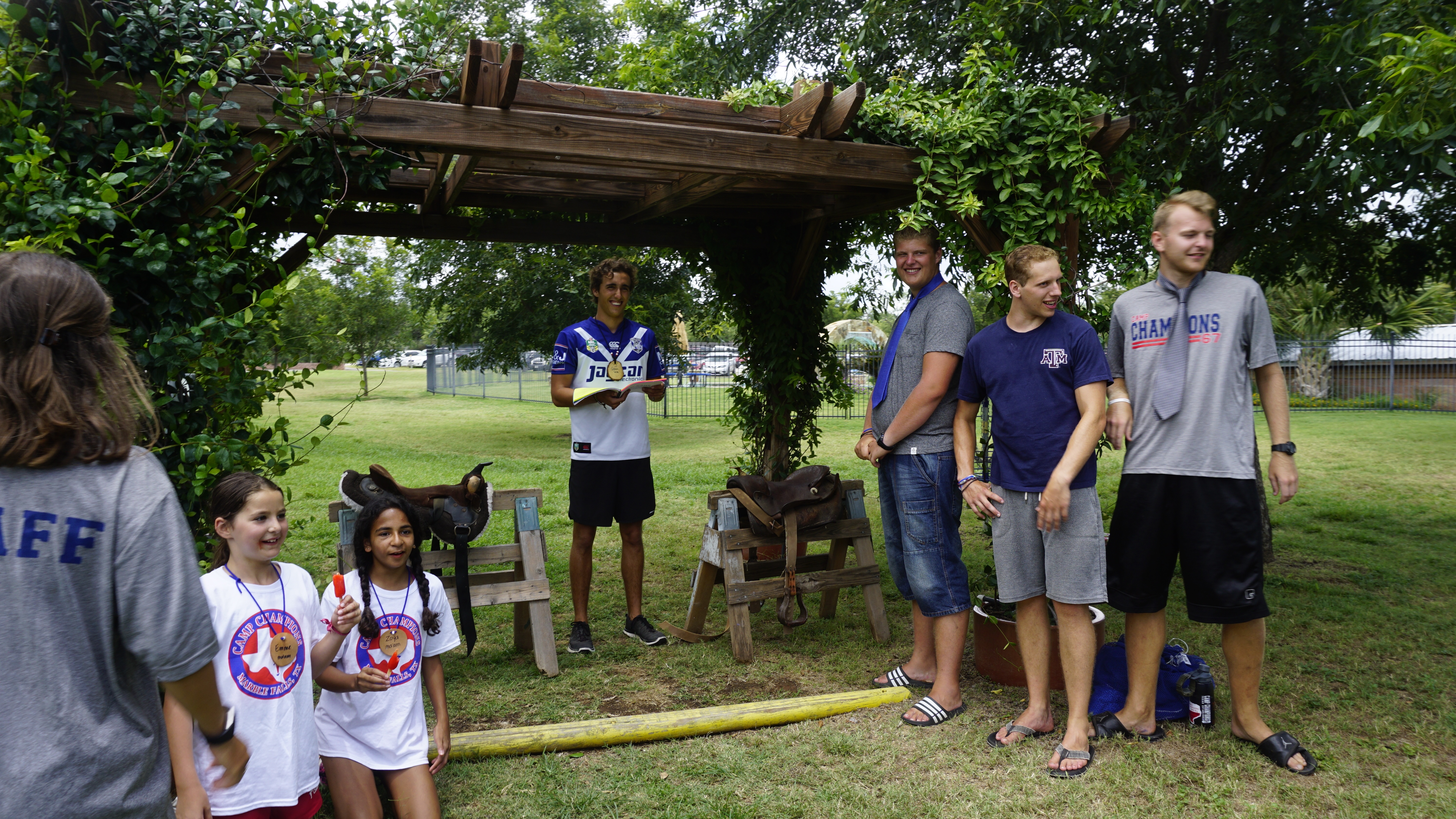 AC, the Midi Division Leader who is studying musical theater, sang a Taylor Swift song. The “brides” wore veils and sashes of toilet paper. The grooms donned t-shirts with ties (real ties, not clip ons!). In short, a traditional affair.

The real stars were the girls who laughed and blew bubbles on the couples after the “ceremony”. They fashioned the rings in their jewelry making class. They wept profuse and loud fake tears.

That evening at torchlight, the girls had a special role call: “If you want to get married, call us.”