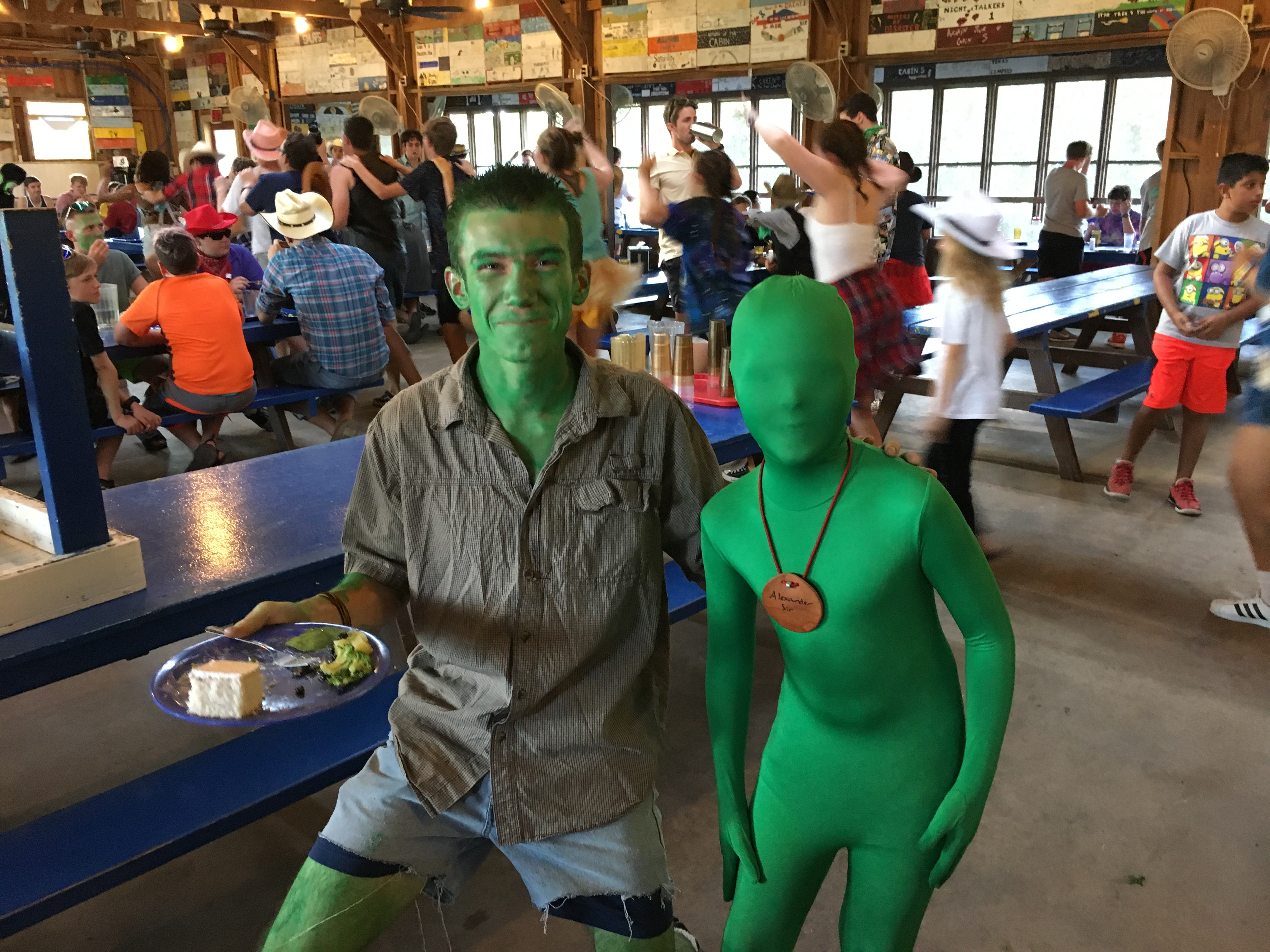 Camp dances are strange and amusing events.  [Note: I love this picture - the anonymous morph costume with the nametag!]

Remember the nervousness and social awkwardness of your middle school dances?

Well, I am delighted to tell you that camp dances are nothing like that. In fact, it is more like a crazy costume party set to music than a boy-girl social event.  Some campers really get into the spirit. 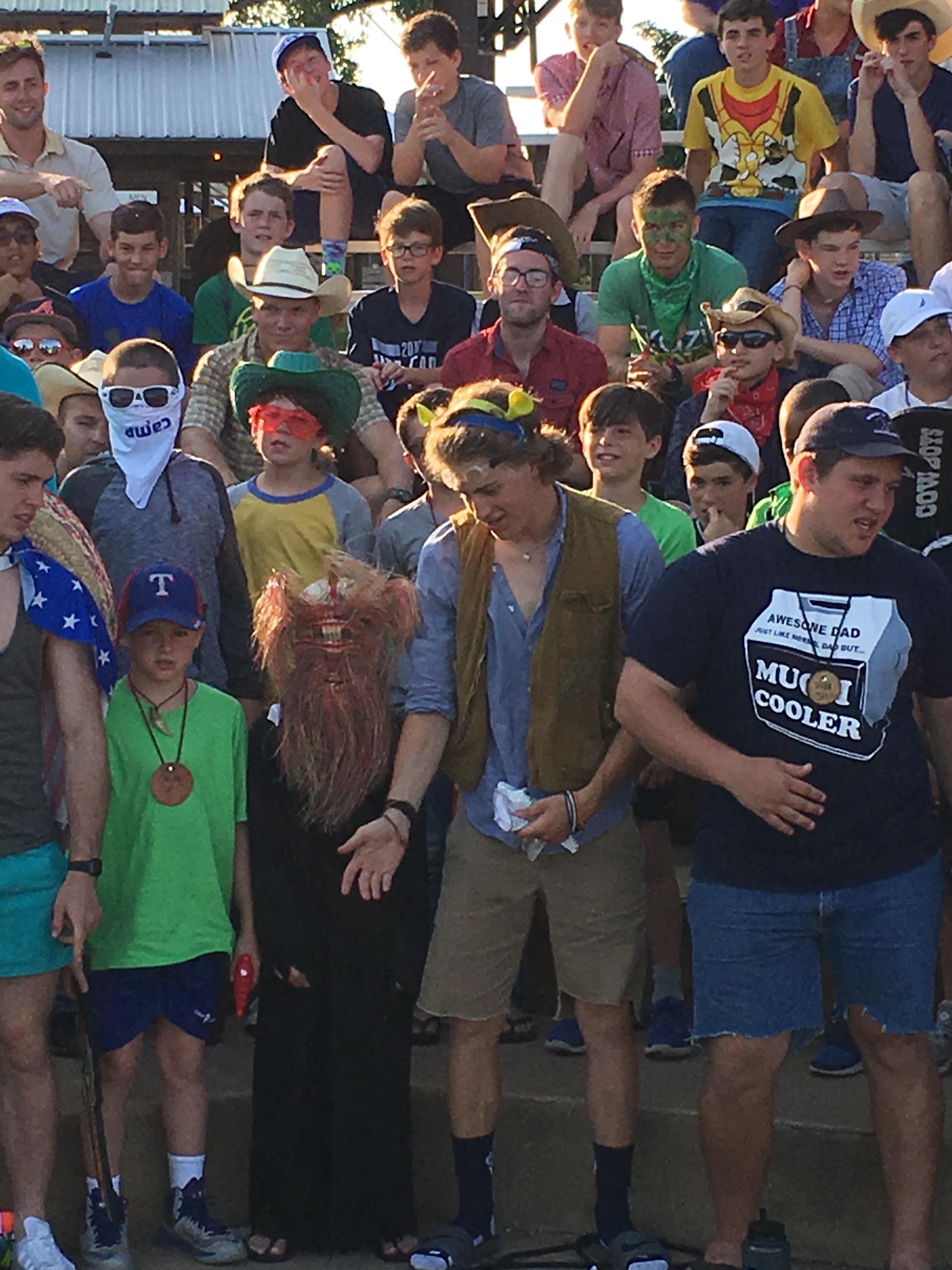 I love the wookie! 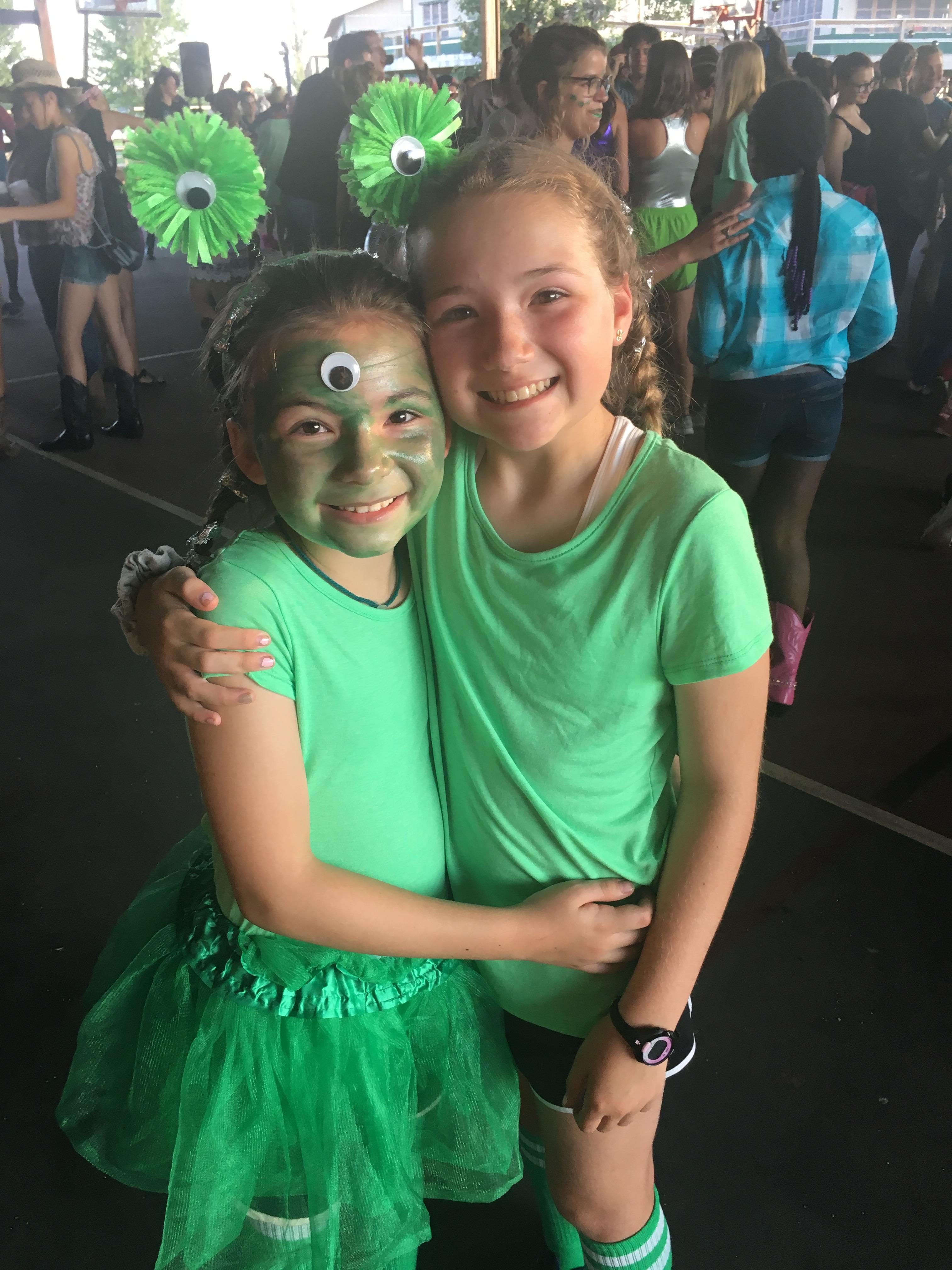 The counselors get into the act as well. 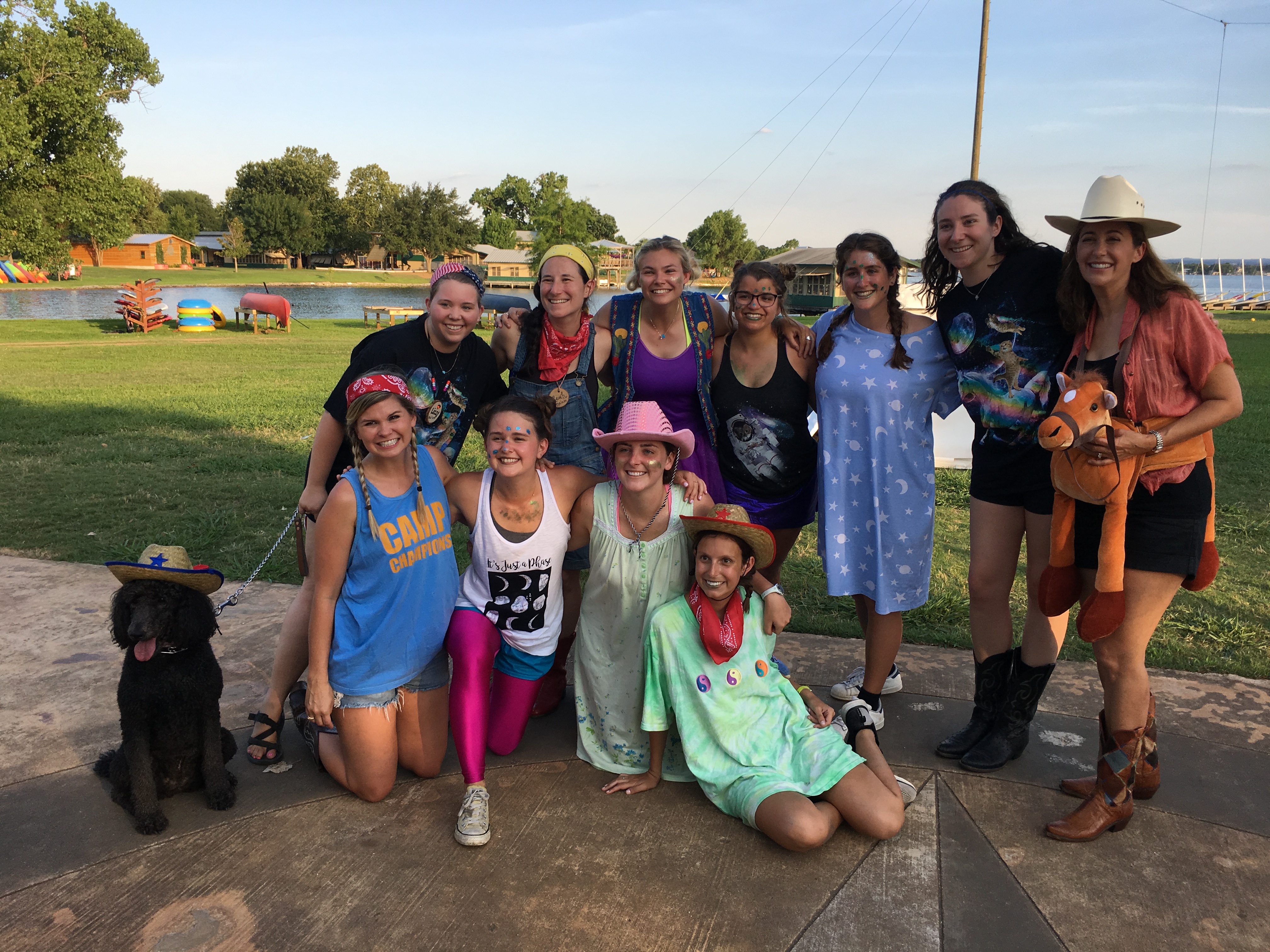 Even the basset hound shows her dance spirit. 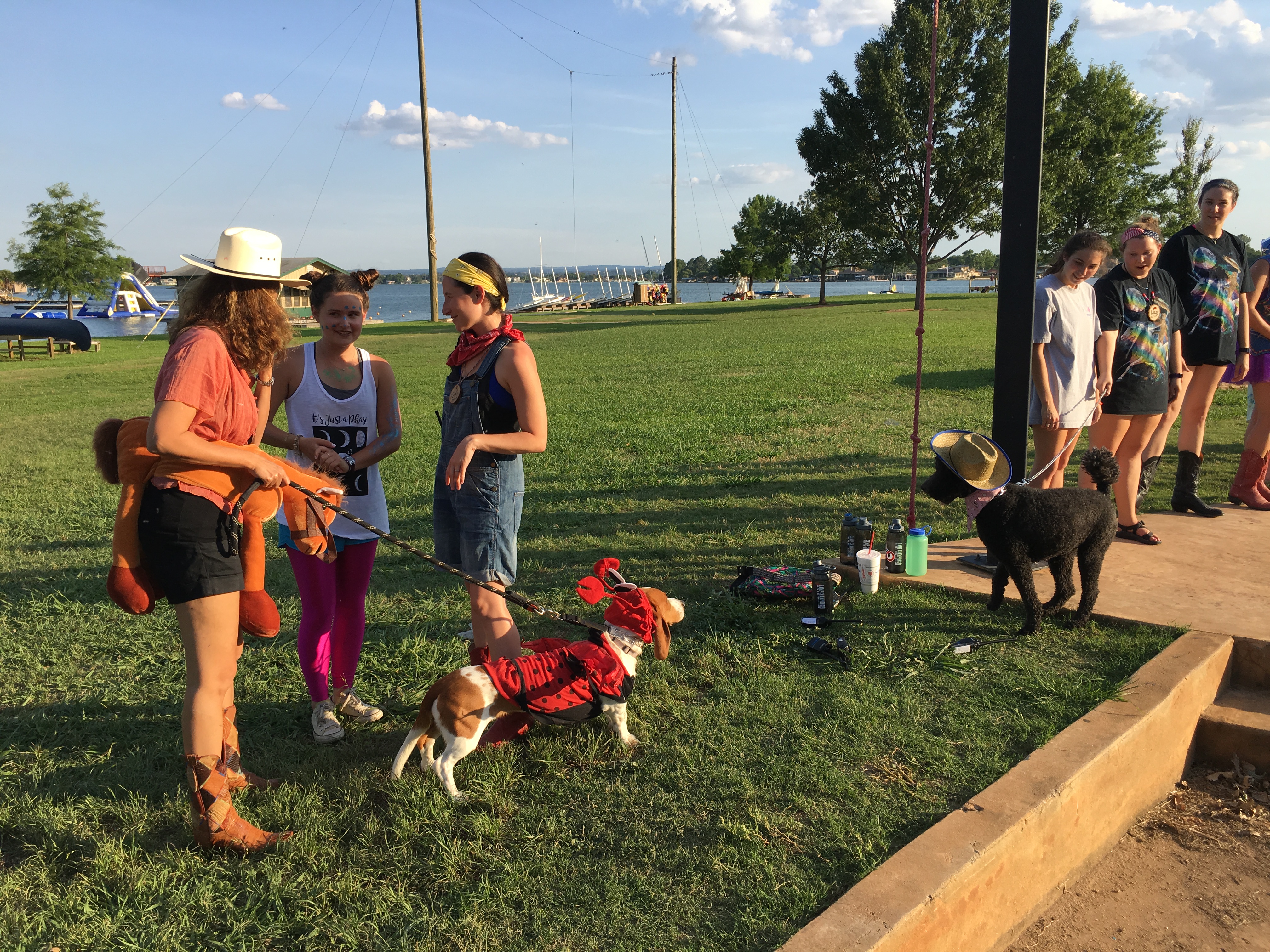 Most campers dance in groups. Many dance with their entire cabin and their counselors.

Some follow the moves of Robbie Sir, one of our Activity Directors, who stands in one corner and creates dance moves based on aspects of camp. He has moves based on dribbling, sprinklers, Frisbee tosses, putting on sunscreen and swimming.

Those with no interest in dancing at all can go to the play areas below some of the nearby cabins and play gaga, box hockey, tetherball or skee ball. 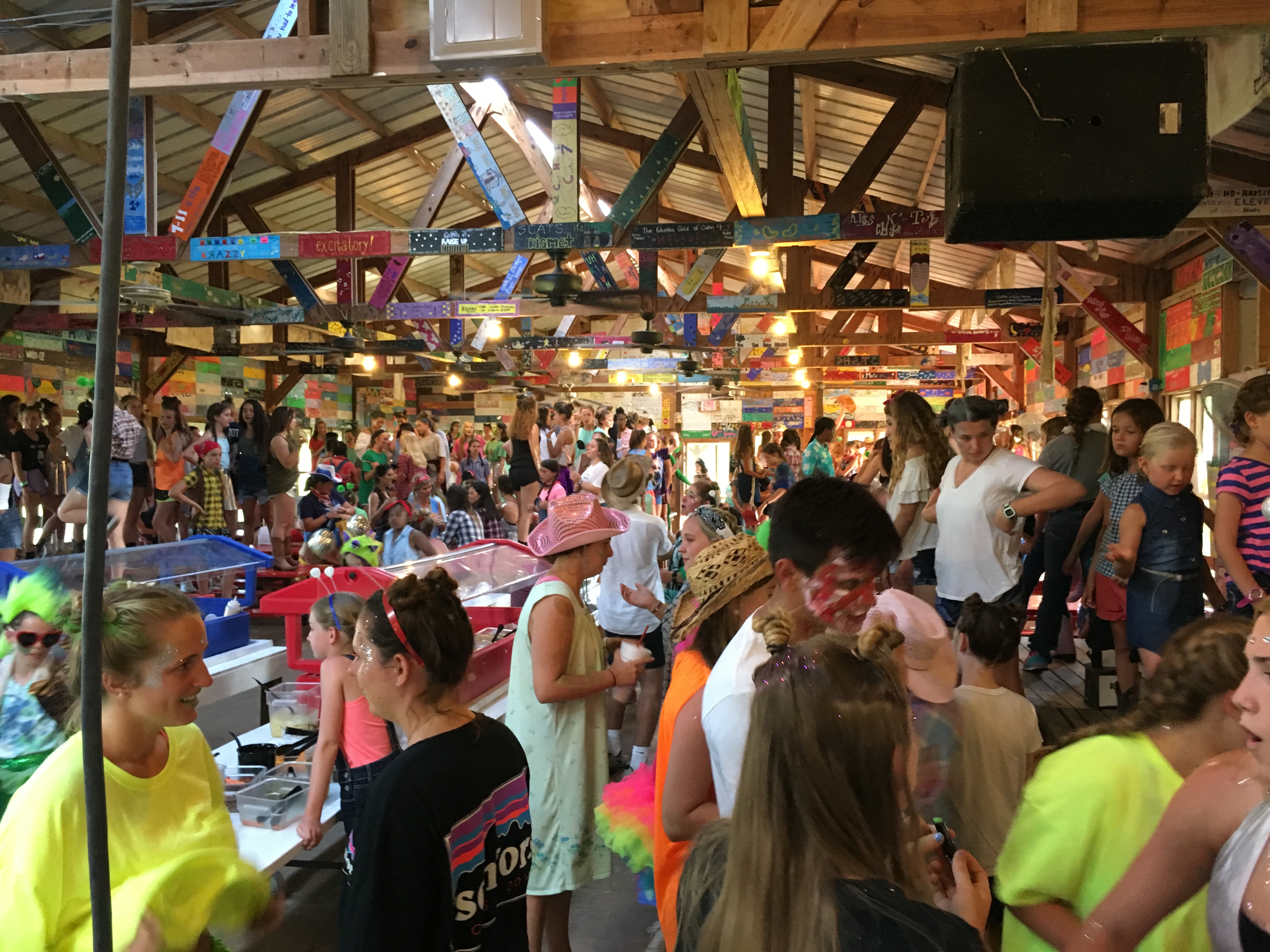 From there, we go to Torchlight for announcements and the start of the dance. We break the dance into two segments. Everyone participates in the first 40 minutes and then we have a second half for the oldest campers (generally 13 and up). The second half goes another 30 minutes. We make sure to keep the music rated “G”.

We also encourage the campers to take a picture in front of a backdrop that our 9th graders made during the day. 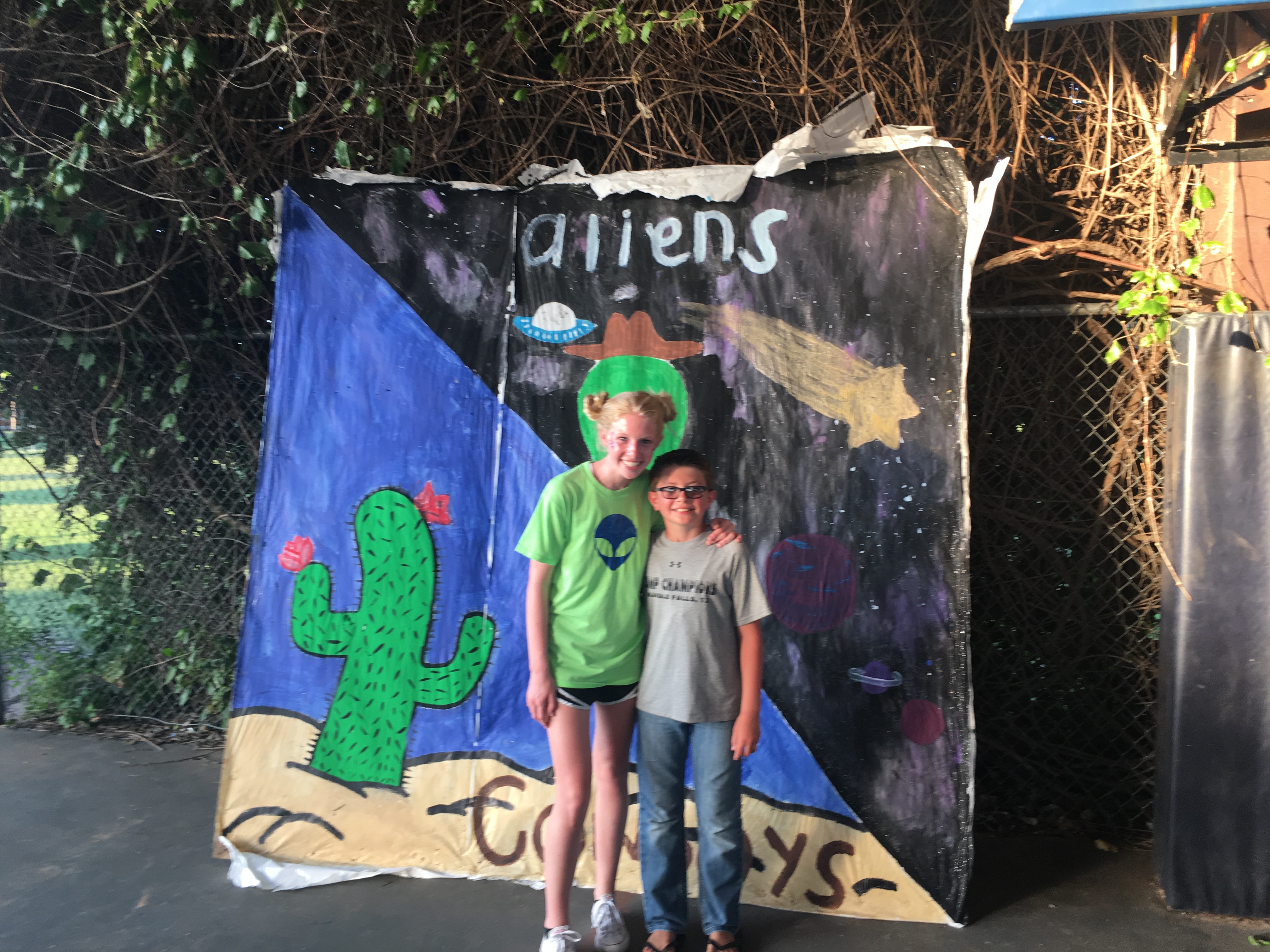 I would also happy to report that our first three days of activities have been going wonderfully. The counselors are so excited to share the skills they learned during orientation and the kids are clearly the beneficiaries.

In short, life at Camp Champions is delightful.