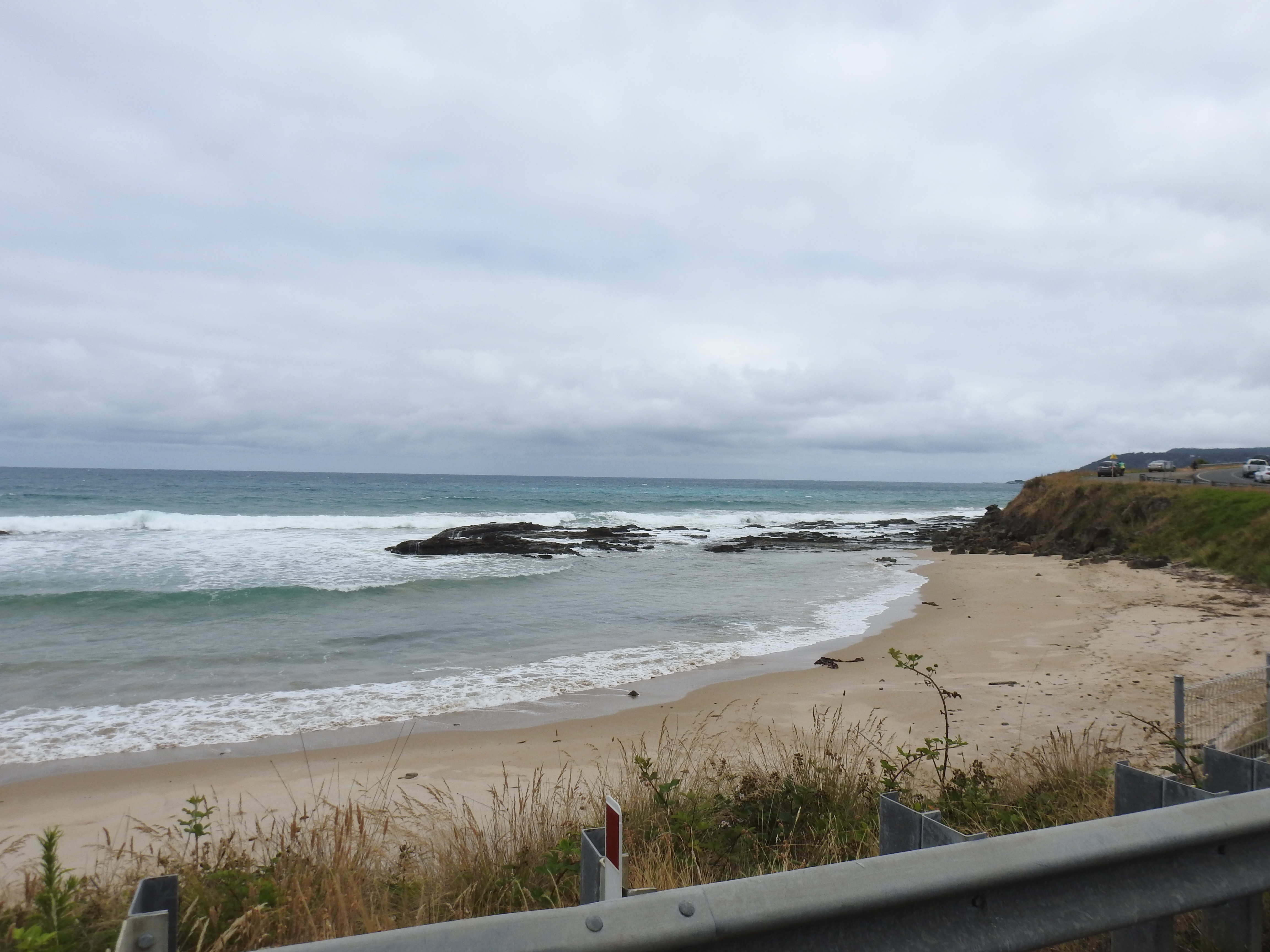 I have a terrible connection right now, so I hope to add better photos later.

When we traveled in New Zealand, we did not stay in hotels or inns, but instead used a camper-van as our mobile home. It enabled us to drive until we were tired and then stay the night. We often cooked our own meals.

It felt free and wonderfully convenient.

Australia seemed like a perfect place to reprise this experience.

The kids exercised a massive veto. They looked at a map and saw that the distances in this country dwarf those of New Zealand. They also made it crystal clear that they felt differently about the camper-vans. We loved the freedom and watching the countryside, but we failed to understand how their experienced differed from ours. Two of them would need to sit backwards and their windows provided almost no views.

In short, our dream vehicle was like a sealed tube for them.

So we decided to spend less time on the road in Australia and more in cities. But we did want to see some of the sites. In particular, we wanted to drive the Great Ocean Road, 150-miles of beach-hugging highway. The GOR was built by unemployed WWI veterans who needed work. While I might question the wisdom of employing men with “shell shock” in a job requiring dynamite, they managed to do a marvelous job.

But we would not use a camper-van. Instead, we would rent an SUV, just as we did in Perth and Hobart.

I was particularly happy about this fact because of some new information I had recently received.

Bryson called the GOR “a torturous, spectacularly scenic coastal highway” that “swoops along a impossibly challenging coastline in a hair-raising manner, barreling along rocky headlands and clinging to the sheer edges and crumbly cliffs”. He adds, “So demanding of attention are the endless hairpin bends that you scarcely have a moment to notice the views.”

So I knew I would not get to see all the beauty, I would at least be comfortable navigating this potentially treacherous road with a familiar vehicle. We had rented the same model that worked before.

But when we arrived at the Europcar rental office this morning, the two men there shared a tough fact – the vehicle that we rented would NOT be a Kia SUV.

Dazed, I explained that I could drive a 15-passenger van. He pointed outside the window at this sleek beast. 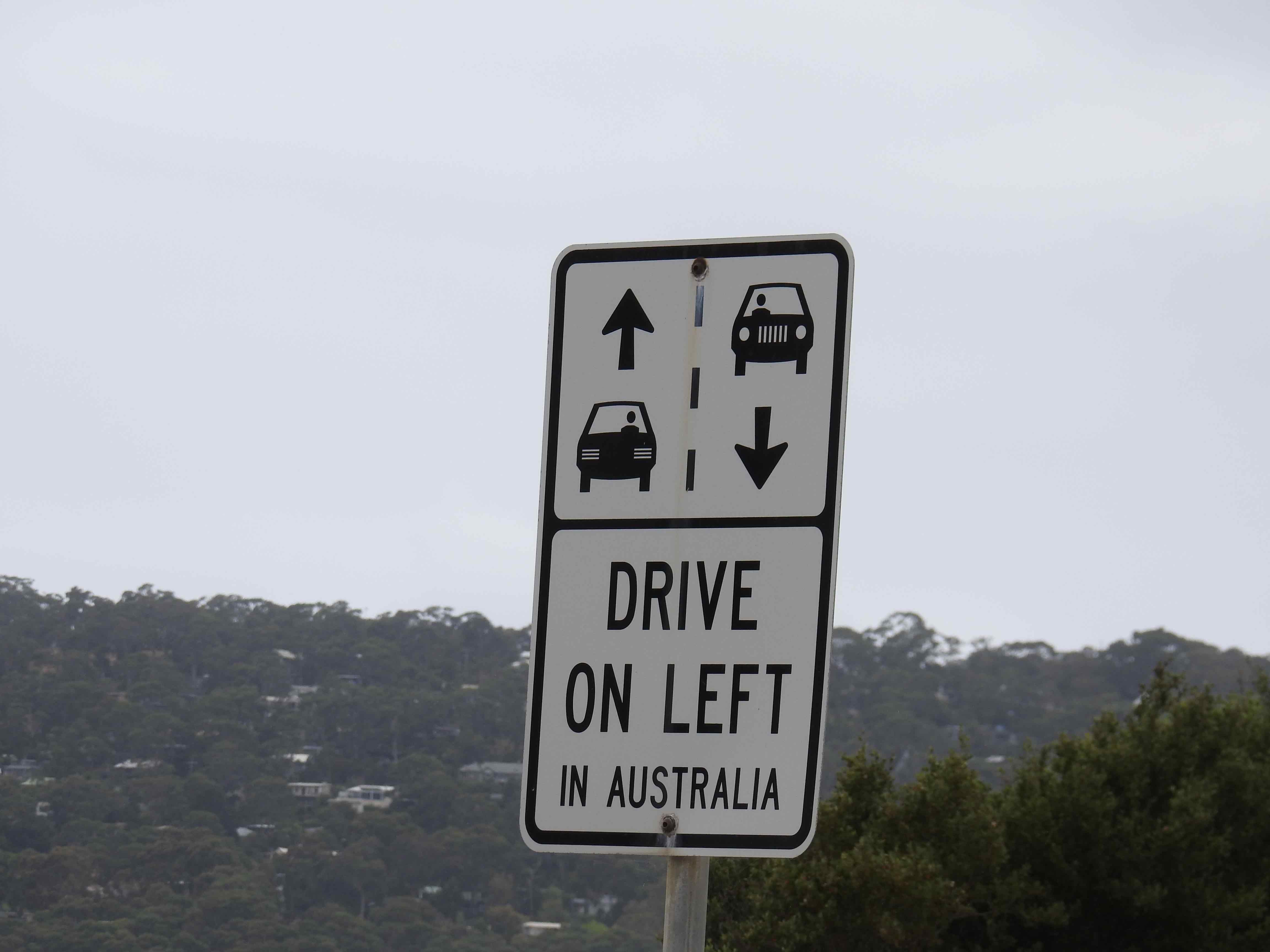 I am a big believer that you only put up signs when they are needed.  Would I be running headlong into an American or Chinese driver on the narrow roads?

We, however, received the ultimate mixed blessing. It turns out that January 2nd is a very popular driving day. By “popular”, I mean “the Beatles on the Ed Sullivan Show” popular. When we left Melbourne, we wondered about the fact that their streets and highways were incredibly empty. We would soon learn that this was because there were all on the Great Ocean Road.

A 30-mile stretch of highway took almost 3 hours to drive. I can think of many ways to explain how slowly we were going. Let me start by saying that I could fully appreciate the views. When we rarely exceeded 5 MPH for huge stretches, it enabled me to see the stunning vistas and lovely homes.

My ability to appreciate the scenery was the positive part of the mixed blessing.

But there were better ways to explain our slowness.

We were passed by a jogger (that we would never catch up with). But that is not the most surprising evidence of our snail-like pace.

We were also passed on the highway by this woman carrying her child. 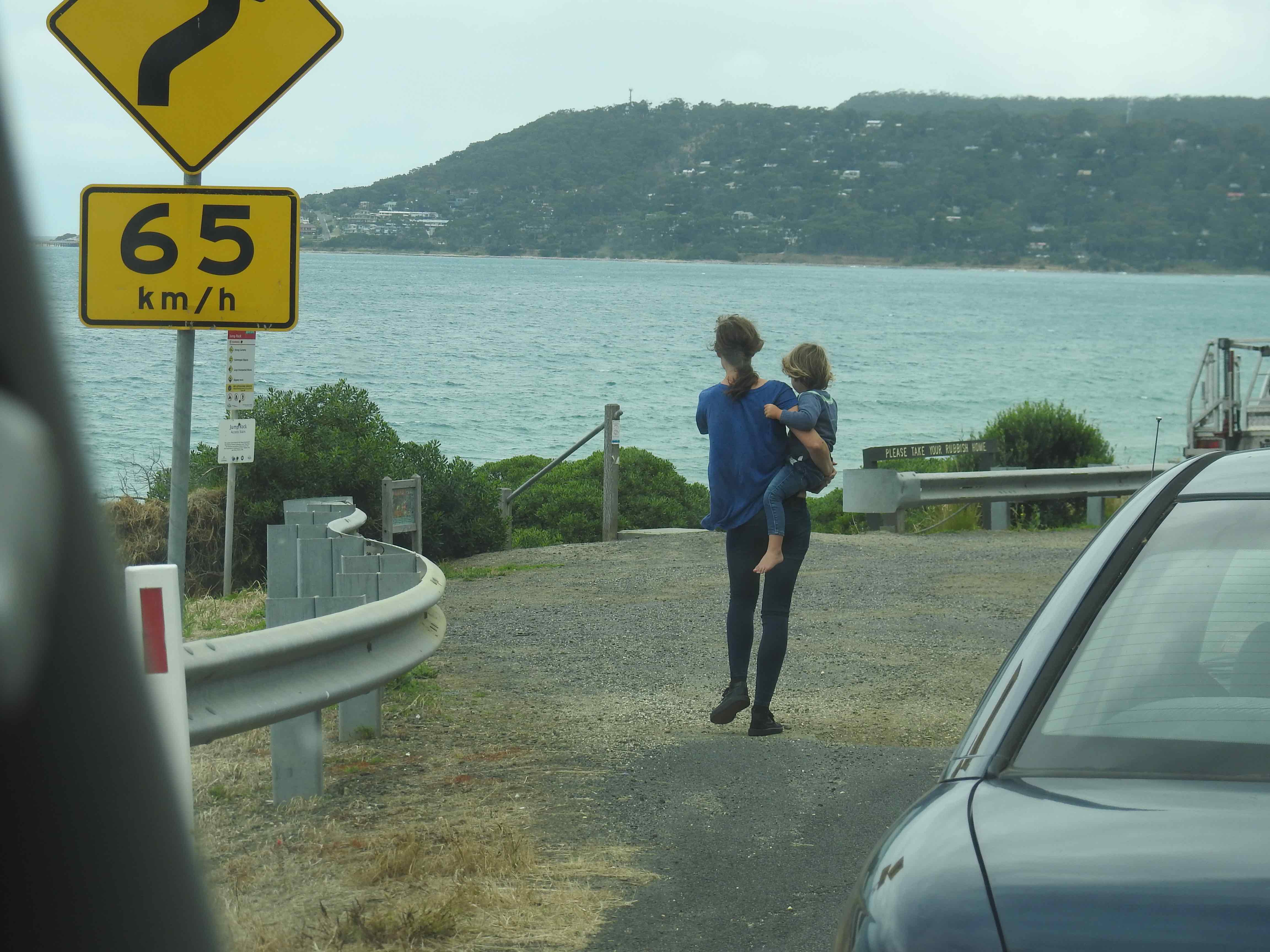 The license plate of the car in front of us shared this ironically untrue (at least for us) slogan. 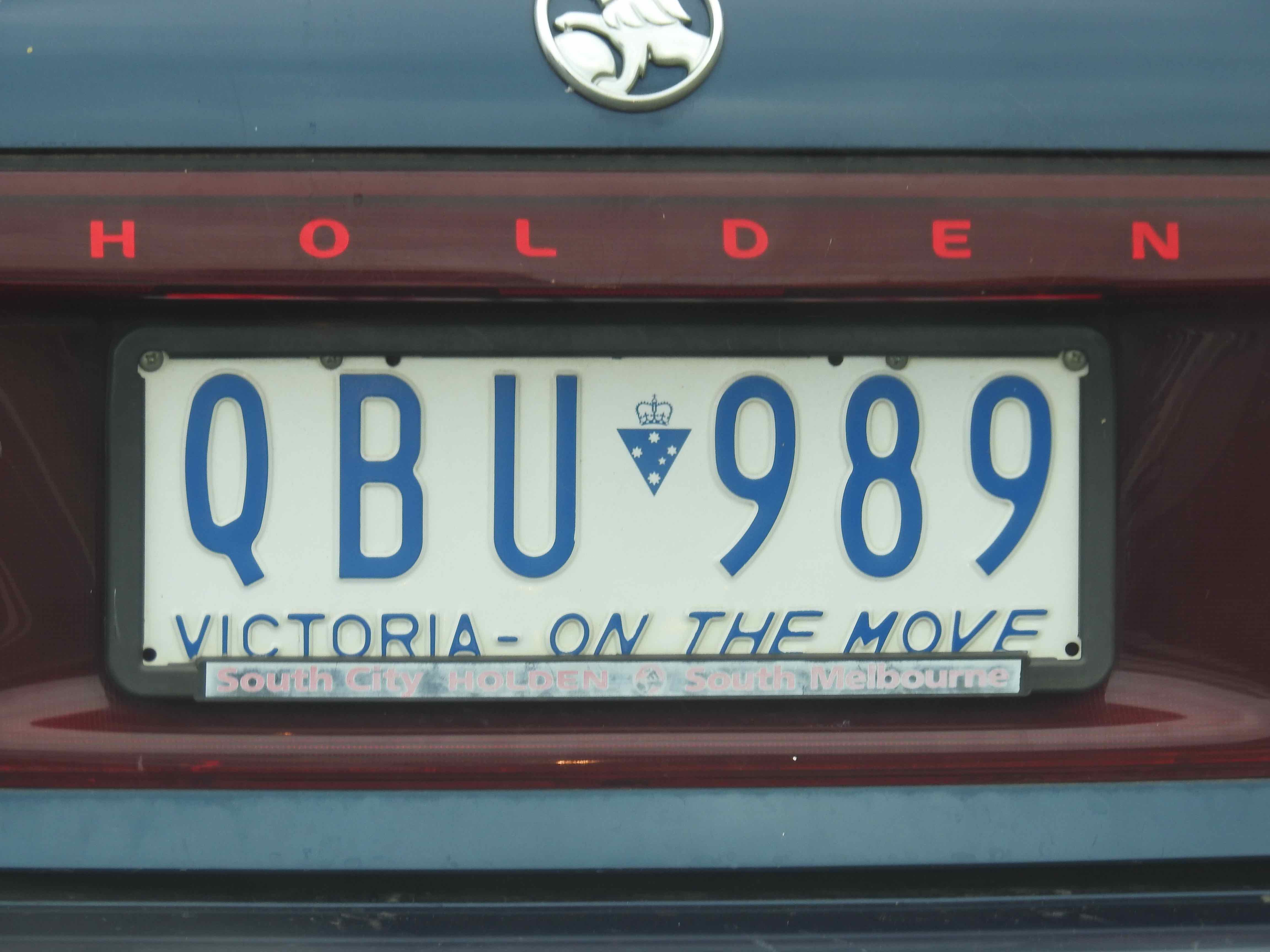 Let me assure you - we were NOT “on the move” for roughly 4 hours.

But ultimately, the beauty of the views slightly outweighed the laconic pace. We had more fun than not, but just barely.

We had a few additional treats. We saw some koalas in the wild. 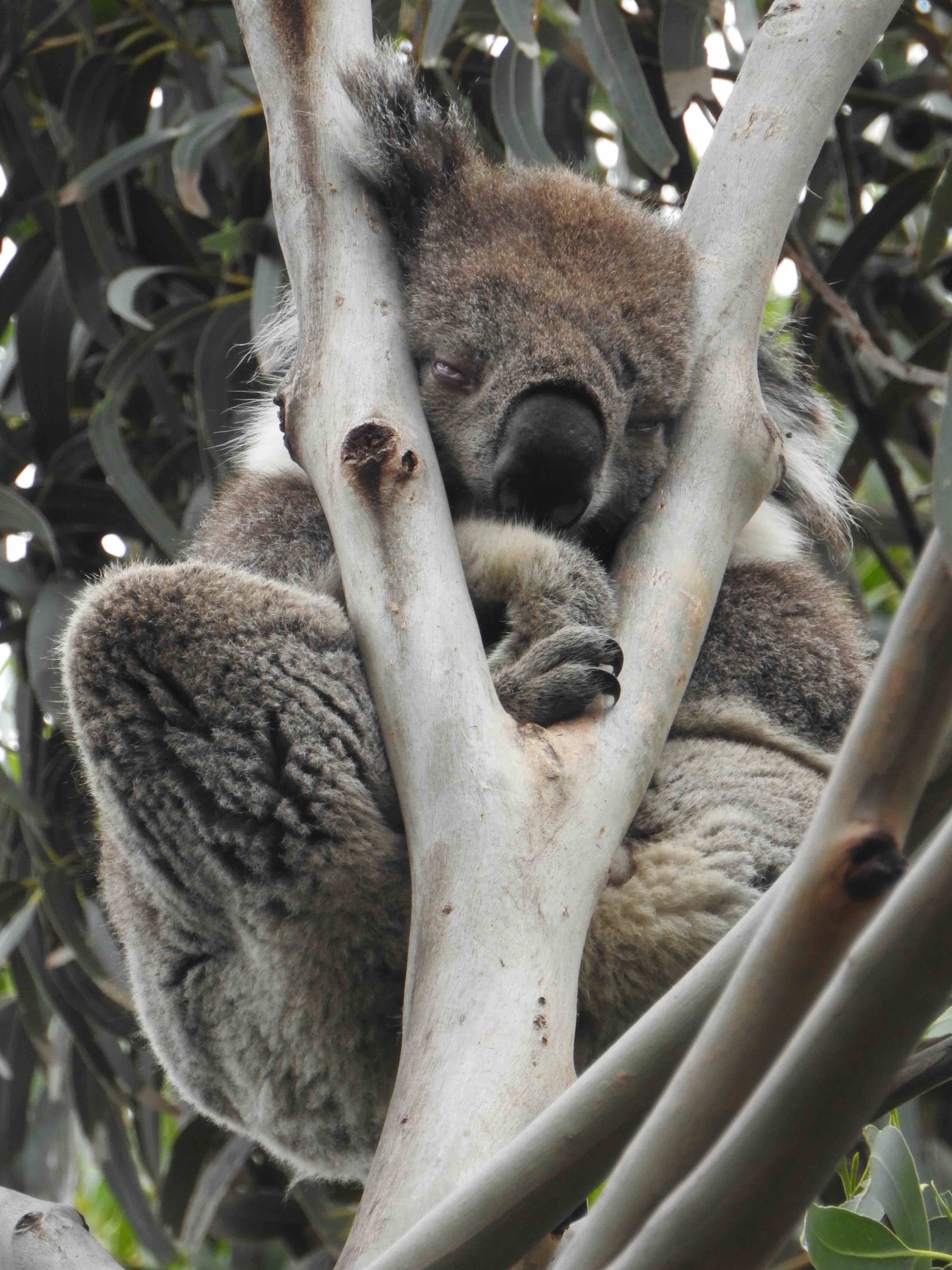 We also pleased my bird-loving bride by seeing a wide variety of feathered fellows. 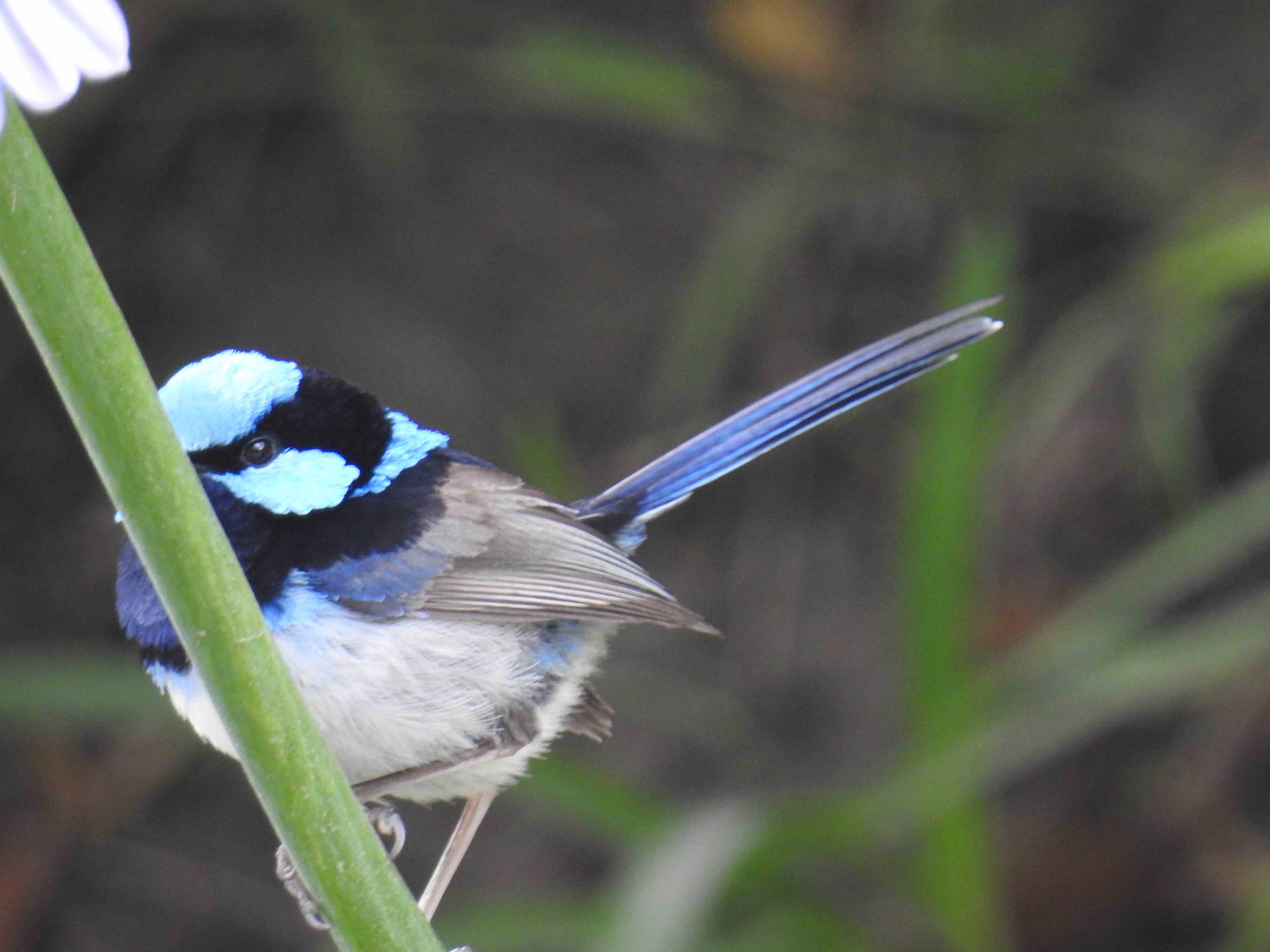 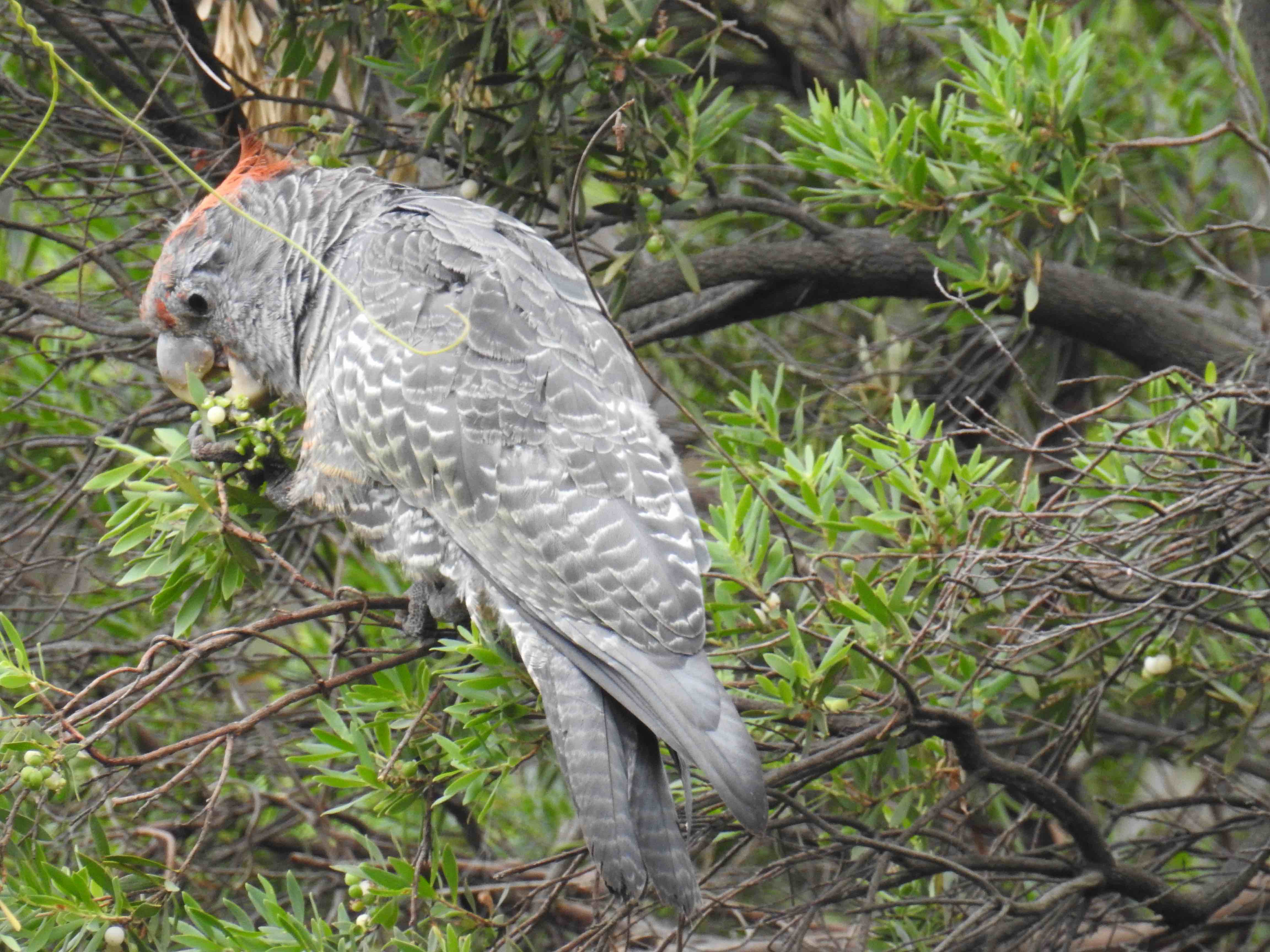 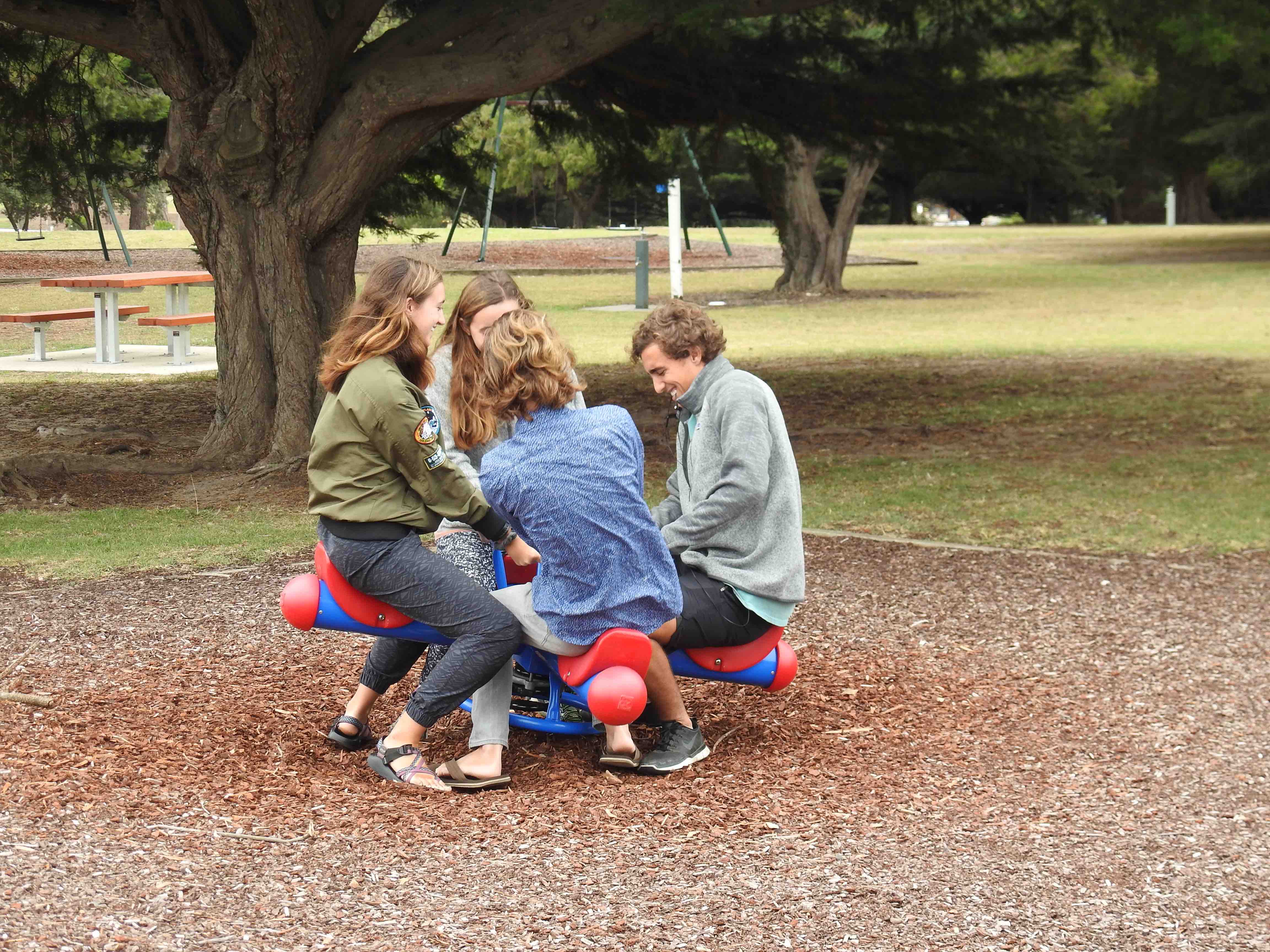 But it did not end gracefully. 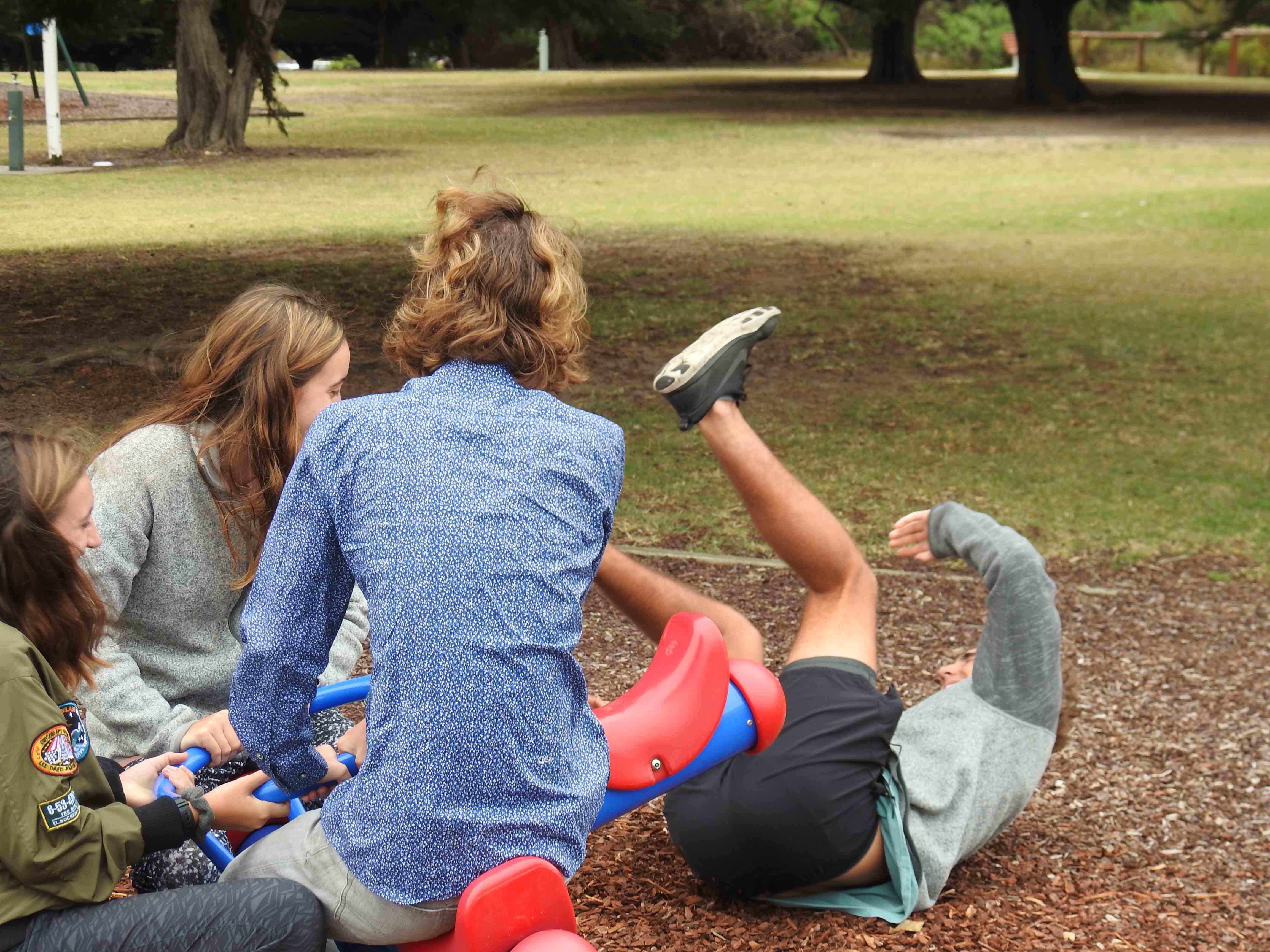 So while I feel like I aged a year on this drive, I am glad we took it!