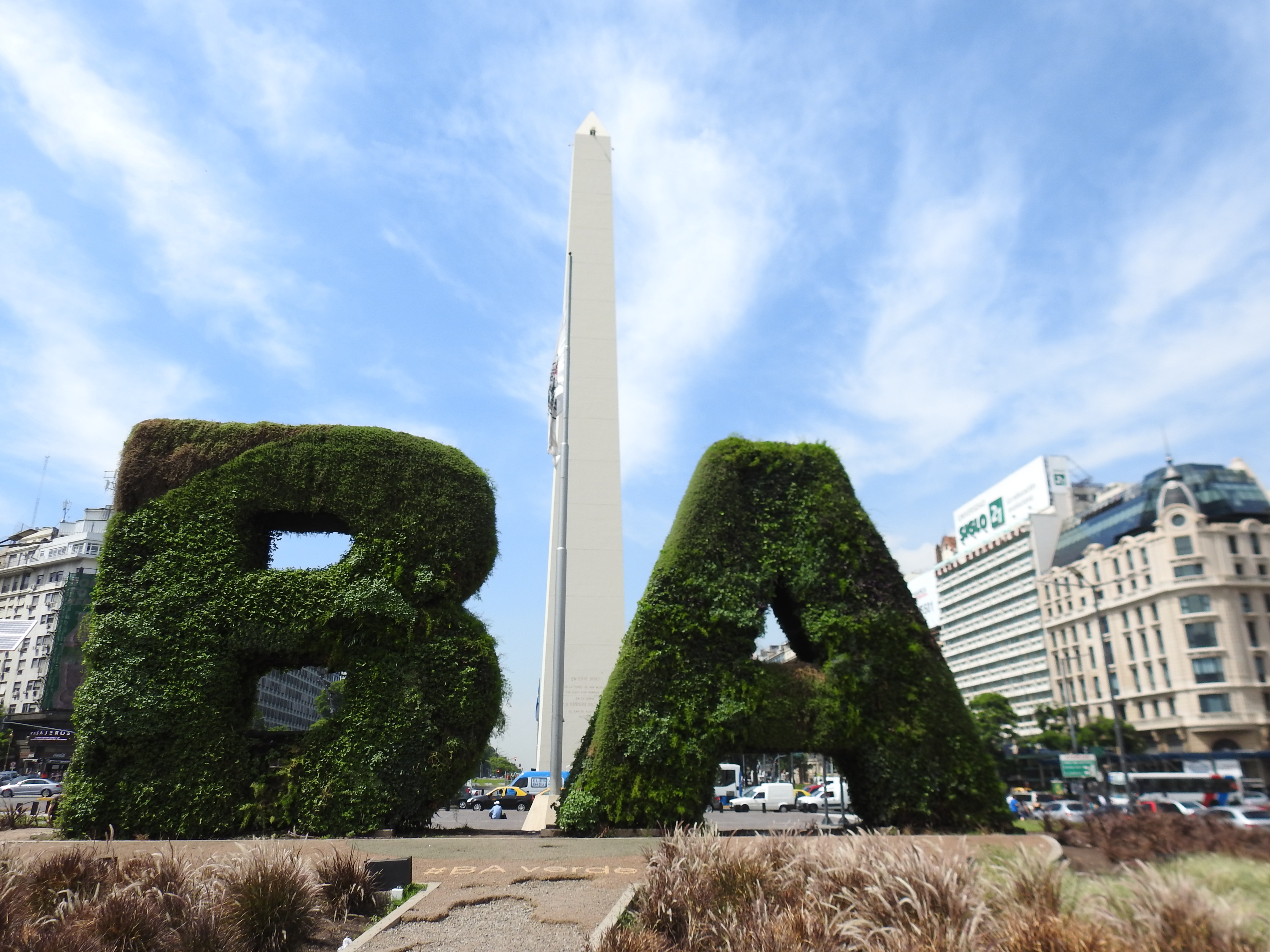 Yesterday, Wiley, Liam and Terrill had a hard night with jetlag. Tonight/this morning seems to be my turn.

After the football game, Liam and Wiley both had it particularly bad. Wiley went to bed at 3AM (remember, the game ended at 2:30 Argentine time), but woke completely at 6AM. Liam could not get to sleep until 9:30 and slept fitfully until we all woke at 2:30 in the afternoon. Or, to be more accurate, we were awakened by the housekeeper. Terrill had it better than the boys, but still had a poor night of sleep since it is hard to get quality rest when others around you are tossing and turning.

Meanwhile, Susie, Virginia and I (sharing the second room) were all groggy and even sore from a night of excess sleep. Susie and Virginia, completely disinterested in the game, went to bed around 10:30 or 11PM. I was asleep by 3AM. We all slept until the afternoon. So I had over 11 hours of sleep while Virginia and Susie had managed almost 16.

For some people, too much sleep is almost as problematic as too little. I am among them. I find myself achy and slightly irritable.

So after we woke, we did two things. First, I quickly produced the blog I shared yesterday. Afterall, Nick Saban does not lose that often and it simply needed to be acknowledged, if not celebrated.

Second, we had a family meeting and chose to have the least ambitious day possible. We were a cataclysm waiting to happen. We were all on edge from our erratic sleep experiences. While each person’s night had been different, none had been normal.

One of the keys to life is to know when to cut your losses and when to power through. Only a fool would have opted for “power through” yesterday. We were cutting losses in an epic way. Here was our plan.

Return to hotel to pack for the next day.

Amount of time outside the hotel would be less than 4 hours. Amount of decisions we would need to make could be counted on one hand. What do you want to eat? What direction should we walk? What kind of cheese and crackers would you like for dinner? Our travels have found that decisions are the catalyst for conflict. [Note: that could be a good poster.] Whenever we need to decide on an activity, a type of restaurant, movie to watch or even a pace to walk, we have almost as many opinions as we have Baskins. Admittedly, usually at least a couple of people are feeling accommodating at any given moment. Susie is the most likely to show flexibility, making her a terribly essential addition to our travel troupe. But at any given hour, we could have 4 different (strongly held) opinions.

When we are rested and content, everyone innately understands that compromise is needed and familial harmony an important asset.

But if someone is tired or sick or grumpy for whatever reason, the desire to win overrides the desire for harmony. These, my dear friends, can be testy moments. It does not take long to recognize them. Sadly, they are easier to recognize than to repair, so Susie and I are on the lookout for people in the “no-compromise zone” and spend extra time helping that person.

We have both been that person as well (I more than she) and we strive to help each other when we become intractable.

Which brings us back to a group of 6 people who all had radically altered sleep schedules. Normally, I would make some analogy about some of us being kindling and others being matches, but yesterday everyone was both fire and fuel. We were all capable of spontaneous emotional combustion which would (I suspect inevitably) lead to a domino effect that would take us out and perhaps a few innocent Argentinians in the process.

Thus, we created the Least Ambitious Travel Day Ever.

Which restaurant? The closest one that takes a credit card. It would be on our block. We did not call it breakfast or lunch or dinner. It was almost 4PM when we ate, so that is closer to a Cracker Barrell Early Bird dinner than anything else.

The supermarket stop was quick, but not quick enough. Wiley and Liam sat on the floor next to the cheese section. 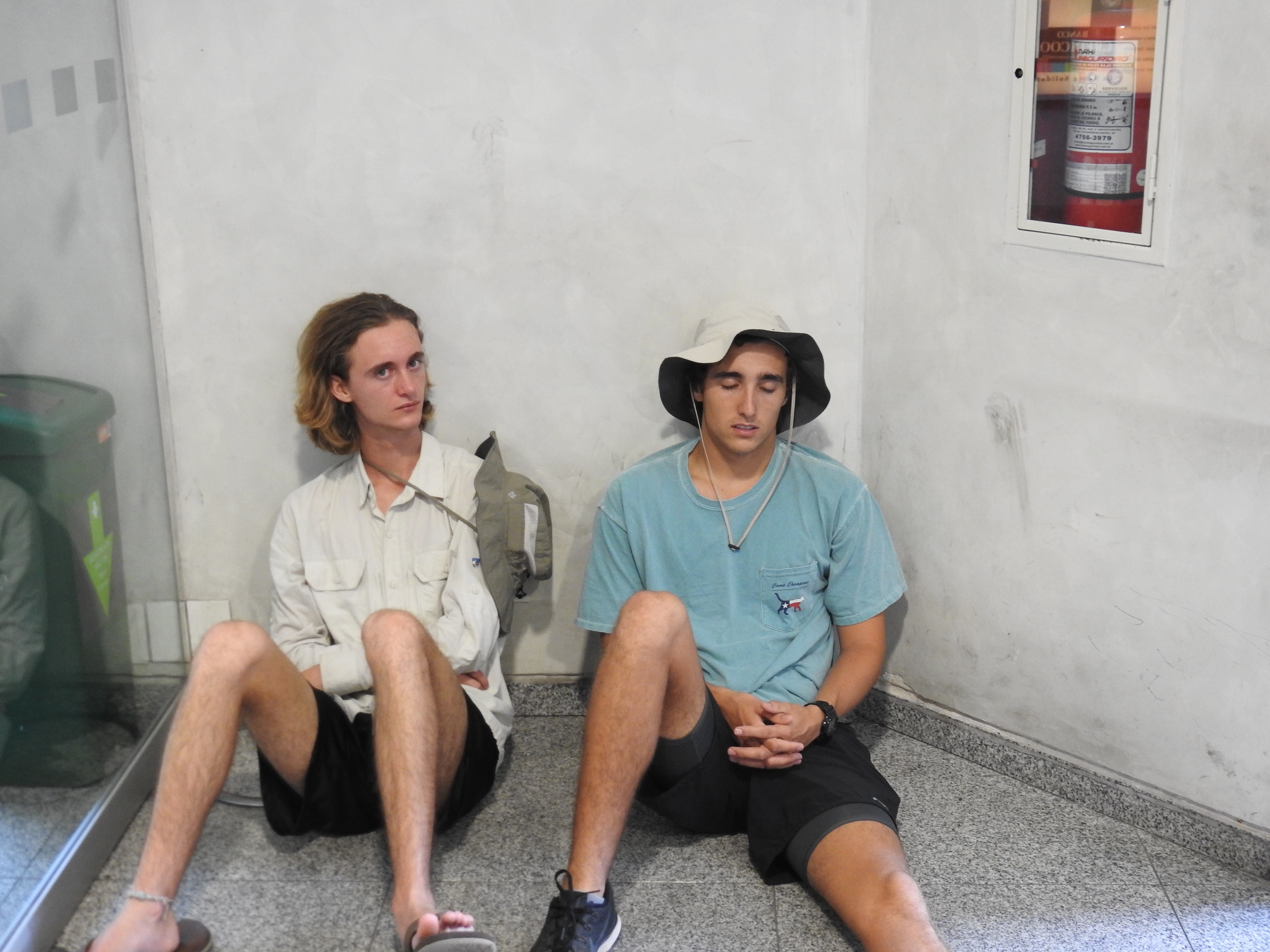 They were asleep by 8PM.

During the day, Liam seemed almost like a walking mannequin, looking blankly ahead and talking only if addressed. Wiley was slightly more engaged, but mostly walked with Liam, evoking some conversation from his twin. Terrill became wonderfully compliant and supportive. Terrill likes having a plan. Sure, ours was not a good or exiting plan, but she helped to keep us on track. She even reminded us to get extra cash out of an ATM since we would need some Pesos in Patagonia.

Virginia and I ended up in a discussion that we both should have known to avoid. I was questioning what venues are appropriate for political commentary (a concert, a Broadway show) when that commentary is not part of the performance itself. This topic is a fine one over a relaxed meal when everyone is rested and is excited to exchange ideas. But, to remind you, each of us was an unstable isotope. This day was not the day for erudite exchanges. In retrospect, we did much better than we deserved. No one yelled or left particularly angry, but it did create a conversation that was neither pleasant nor informative. Susie stayed above the fray, lovingly herding her sleep-altered crew through the streets of Buenos Aires. [Note: Susie’s bad day was the previous one. We can be thankful that we all did not crater on the same day.]

Now, I am suffering some bonus jetlag. I am writing to you at 4:30 AM after finally realizing that rotating in a bed for 2 hours does not lead to sleep.

I hope this blog has not seemed indulgent. My goal in these articles is to share what this odd adventure is like. I have no interest in presenting the trip as a dream vacation or portraying us as always harmonious since neither is true. To be clear, the trip is a rare gift and our family generally likes each other, but we have some tough days. We are in the middle of some right now.

Tomorrow (or, more specifically, in 6 hours) we fly south to El Calafate in southern Argentina to see Patagonia.

I am hopeful that some exercise and beauty will help us all hit our internal reset buttons.

Until then, we will be keeping our decisions limited and our topics tame.