We continue to find the charm of Lima. Liam [Note: I find myself constantly typing “Liam” when I mean “Lima” and vice versa] wanted to do something edgier. So he suggested that we go paragliding.

Before I go any further, I should share two thoughts. First, Susie has a strong dislike of flying. I deeply admire the fact that she has become a true world traveler despite her distrust of airborne machines. This distrust is not limited to airplanes, but extends to helicopters, balloons, parasailing and –yes- paragliding. Interestingly enough, her apprehension does NOT include bungee jumping. Sure, she found bungee jumping scary, but that was for completely normal reasons (the human body is designed to NOT want to jump into space and free-fall for 150 feet). Her distrust of flight does not apply to bungee jumps because you are always tethered to something connected to the ground.

But when something is in the air aided by concepts like “lift” and “airfoil” and “drag” and “buoyancy”, she seems to focus slightly more on concepts like “gravity” and “heavy” as they show up in the following sentence, “that plane looks really heavy and I bet that gravity applies to it”.

My second thought applies to my own impression of paragliding. I actually feel completely and utterly comfortable in planes and helicopters. As a child, my father would fly us around in a single-engine Cessna airplane. It was small, ill-smelling and easily buffered by wind and weather. I was not crazy about the plane, but it was never for fear of flying, but for motion sickness. I did not fly commercially until I was in high-school and that plane felt as solid as a Plymouth to me. So I trust planes.

But the paragliders look non-buoyant even to me. There is really very little fabric involved. OK, perhaps it has enough to slow a descent, like a parachute, but how in the world would it actually go “up”. 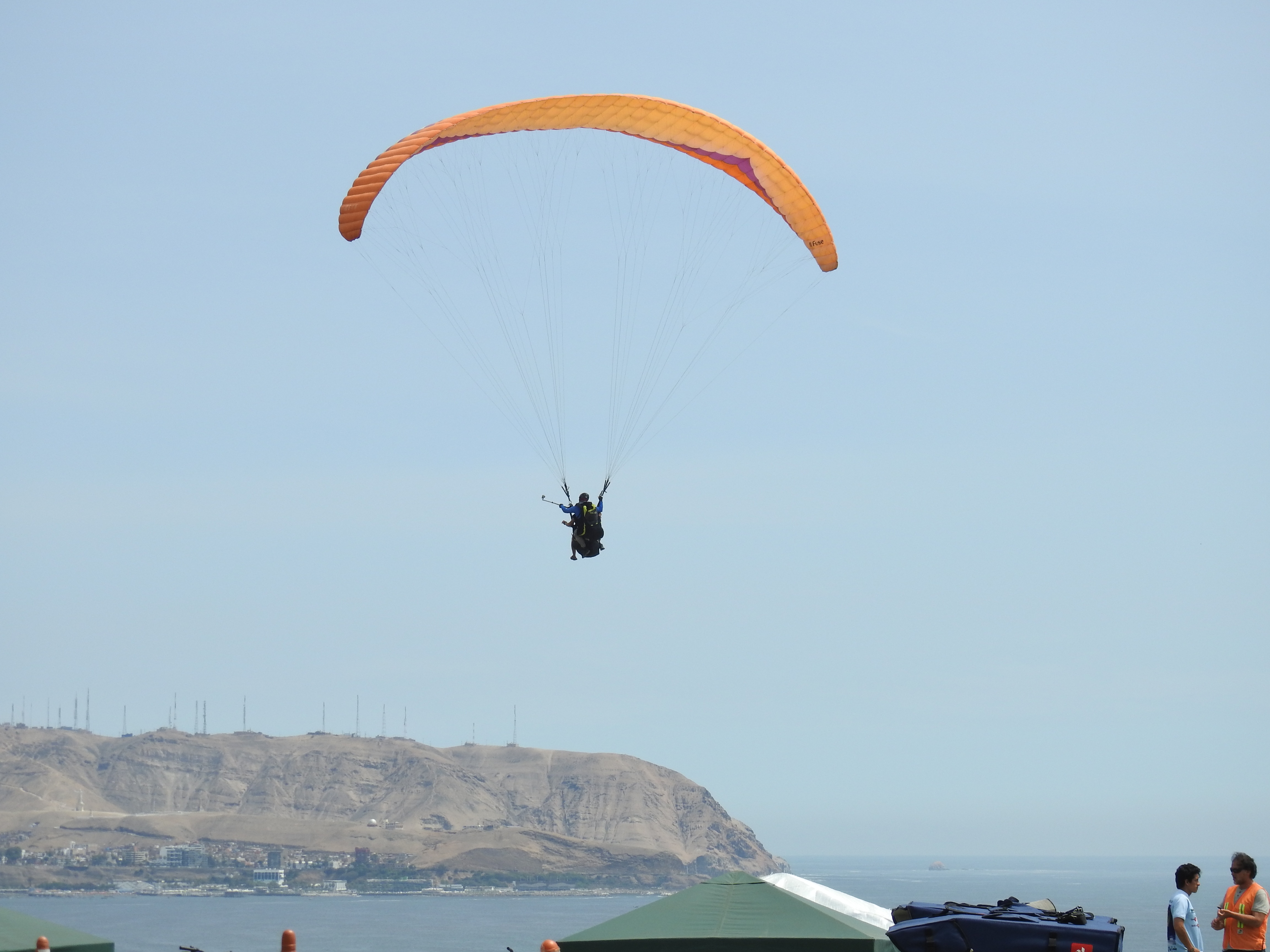 But give it a little wind (14MPH or more) and this ridiculous contraption glides, rises and soars.

Four of us (Liam, Terrill, Virginia, and me) decided to fly. Susie passed (for reasons that I already explained) and Wiley said, “It looks likes an expensive sitting experience to me.”

Each of us had a very different experience with our paraglider pilots.

Virginia’s pilot had parents who met at Texas A&M (how odd is that?). Mom was Peruvian and dad was a Spanish major. His mastery of English relied heavily on the use of expletives. Of course, this would be the pilot that our 15 year-old got.

Liam’s was incredibly taciturn, but provided a particularly exciting ride. The went low and stayed low for a long time, leading Liam to ask, “How many times did you think you would hit the cliffs?”

We were all at least a hundred feet above the cliffs, but Liam (who I could see clearly from perhaps 200 below me had come so close to a shopping center than he almost ordered a Frappuccino. While they were low, Liam asked (in Spanish), “Can we fly right over the surfers?”

The response (and I want you to speculate what he meant by this), “No, I am not an airplane.”

What, exactly, did this man think an airplane does? World War II spitfires strafing civilians? Mine just go from place to place. Heck, they never get close to a Starbucks. So, to summarize, the man Liam trusted with his life was fundamentally confused what an airplane does.

Terrill has a pilot that was both verbal and skilled. He described that aerodynamics of the airfoils and how the paragliders work. Terrill found him as charming as he was informative. They spoke for the majority of their 11-12 minutes of flight.

My pilot and I spent two minutes on this scintillating topic: how old are you? He is 4 years younger than I am. Read that sentence again and estimate how much time you would allocate to communicating that information. Now realize we spent 120 minutes.

But in the end, the rides provided a great view of a striking city.

We also found some unusual Peruvian crafts from local artisans. 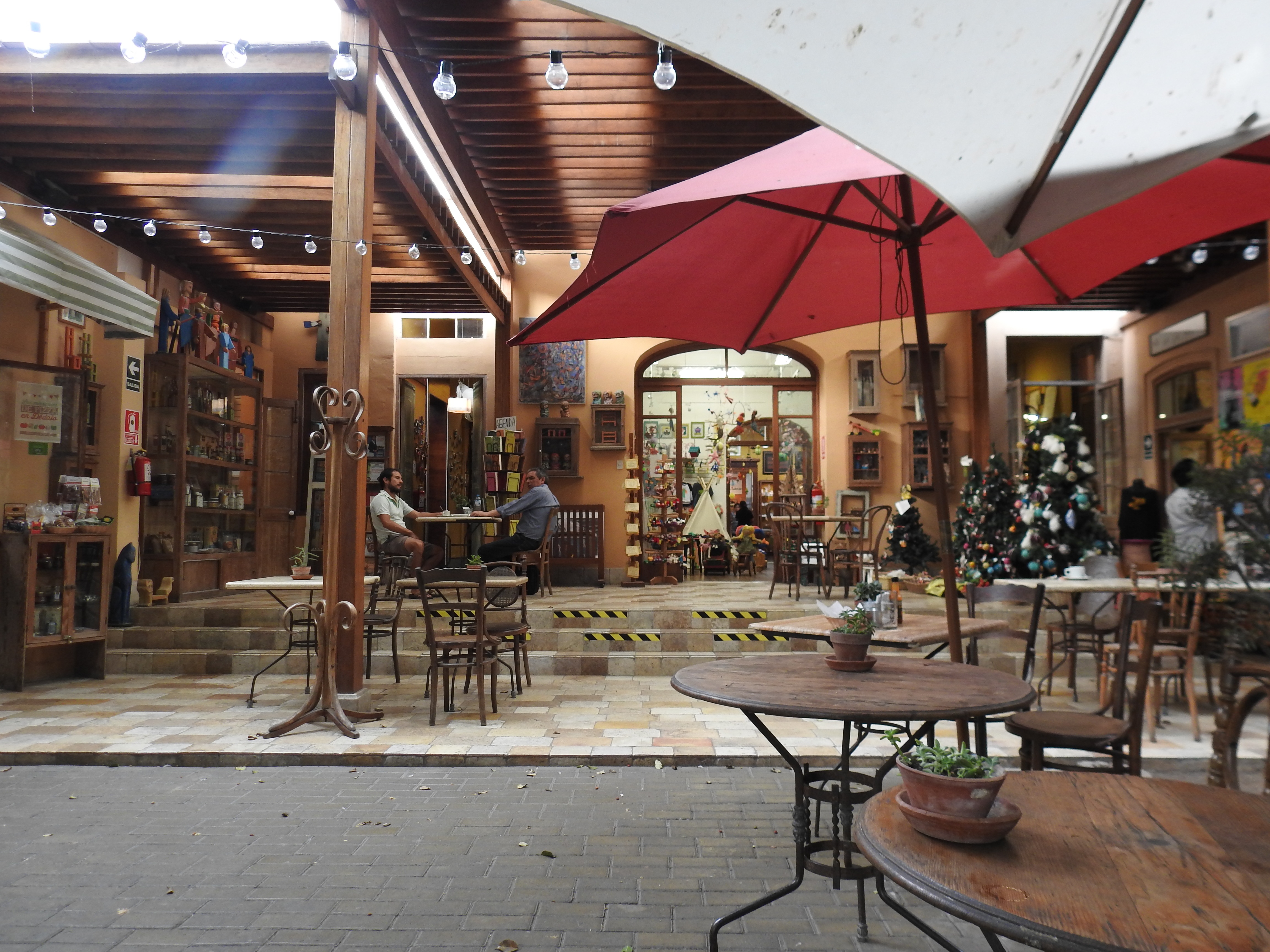 These were not the items we have been seeing at the souvenir stands, but unique works of creativity they bought from a artisan cooperative. Susie, Terrill and Virginia all made those rare acquisitions that have the ability to transform you back to the place you bought them. The boys and I did not find anything fitting that description, but enjoyed a day of walking and talking and hanging out in a city full of cool sites. 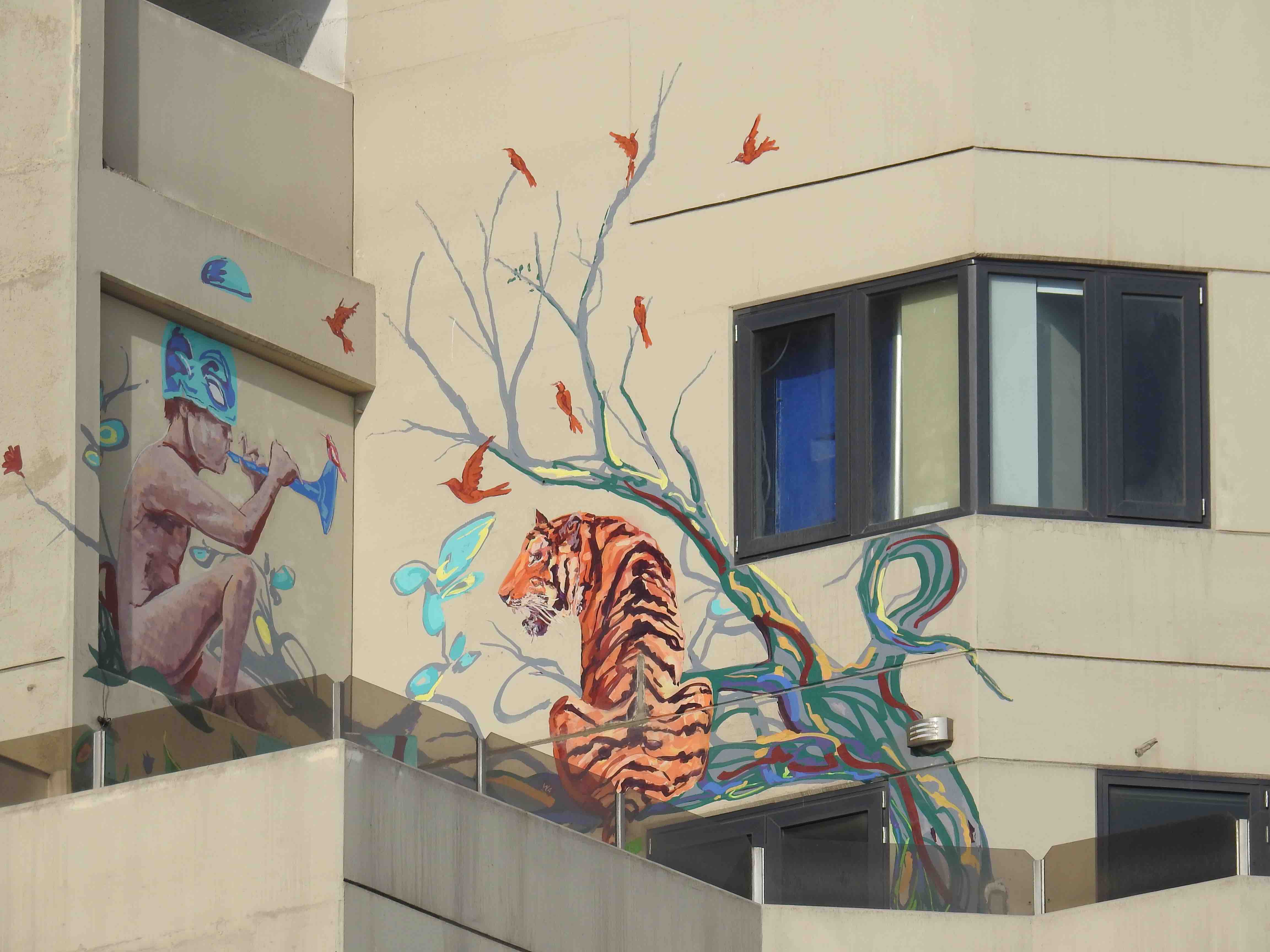 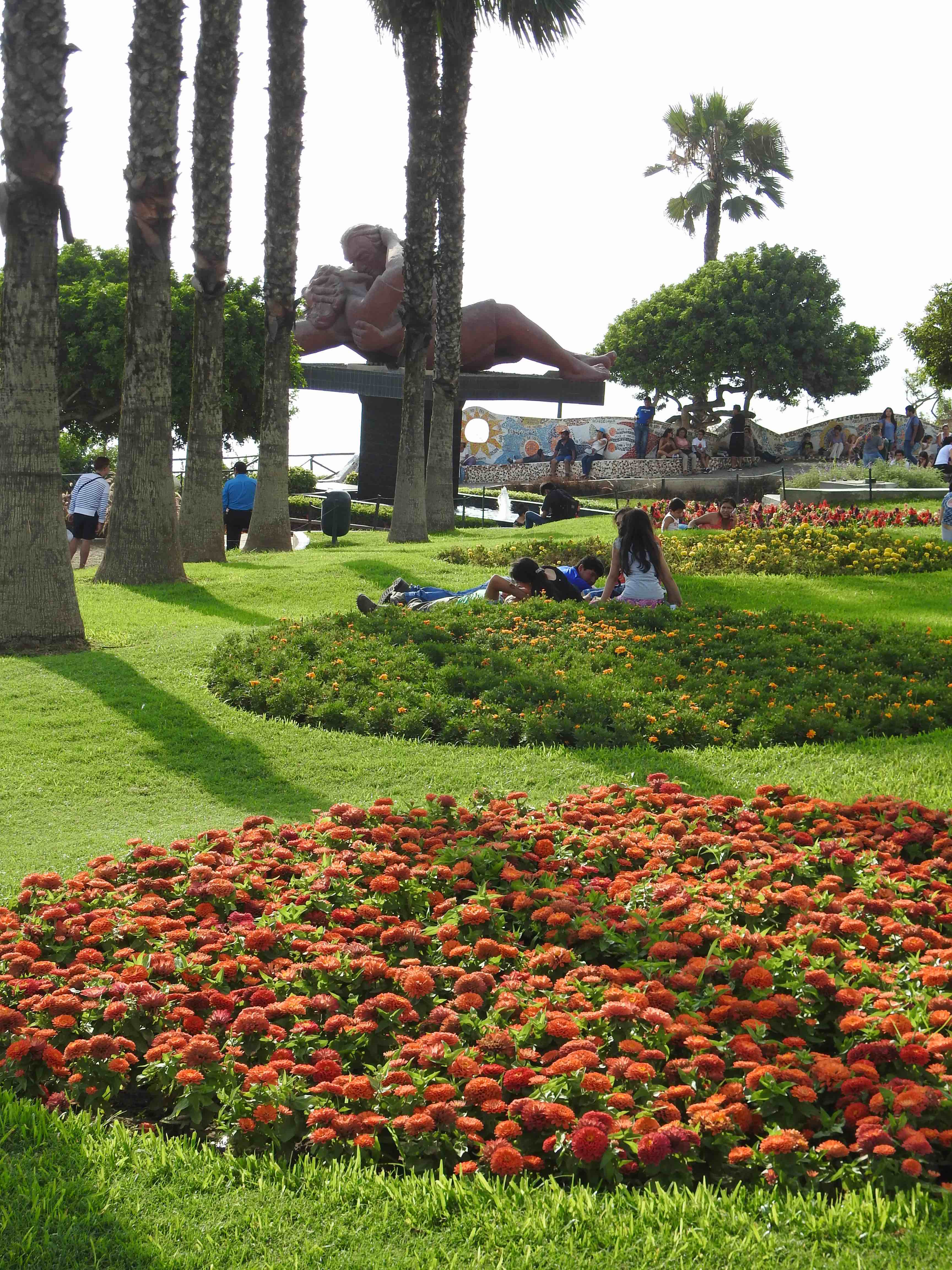 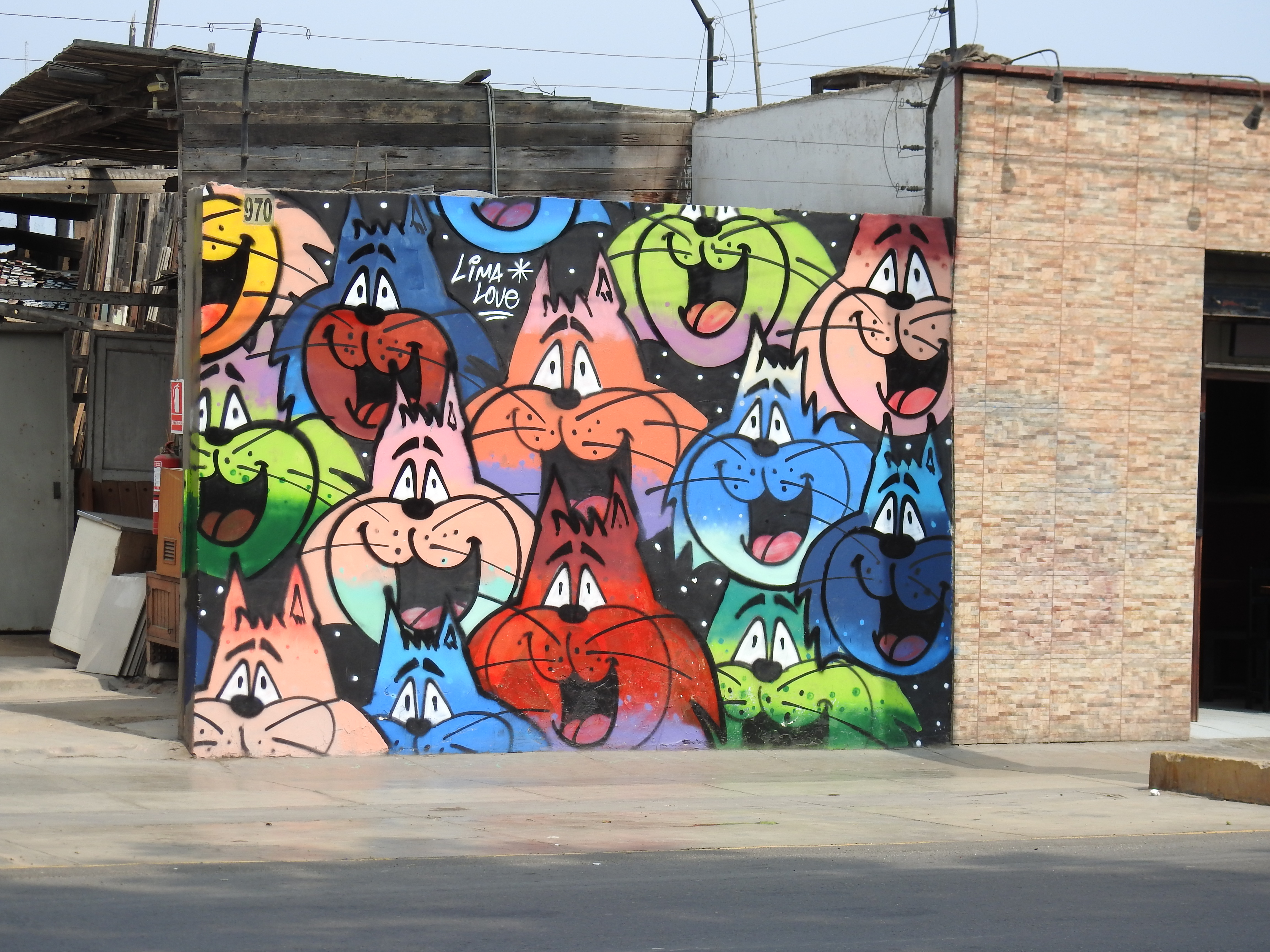 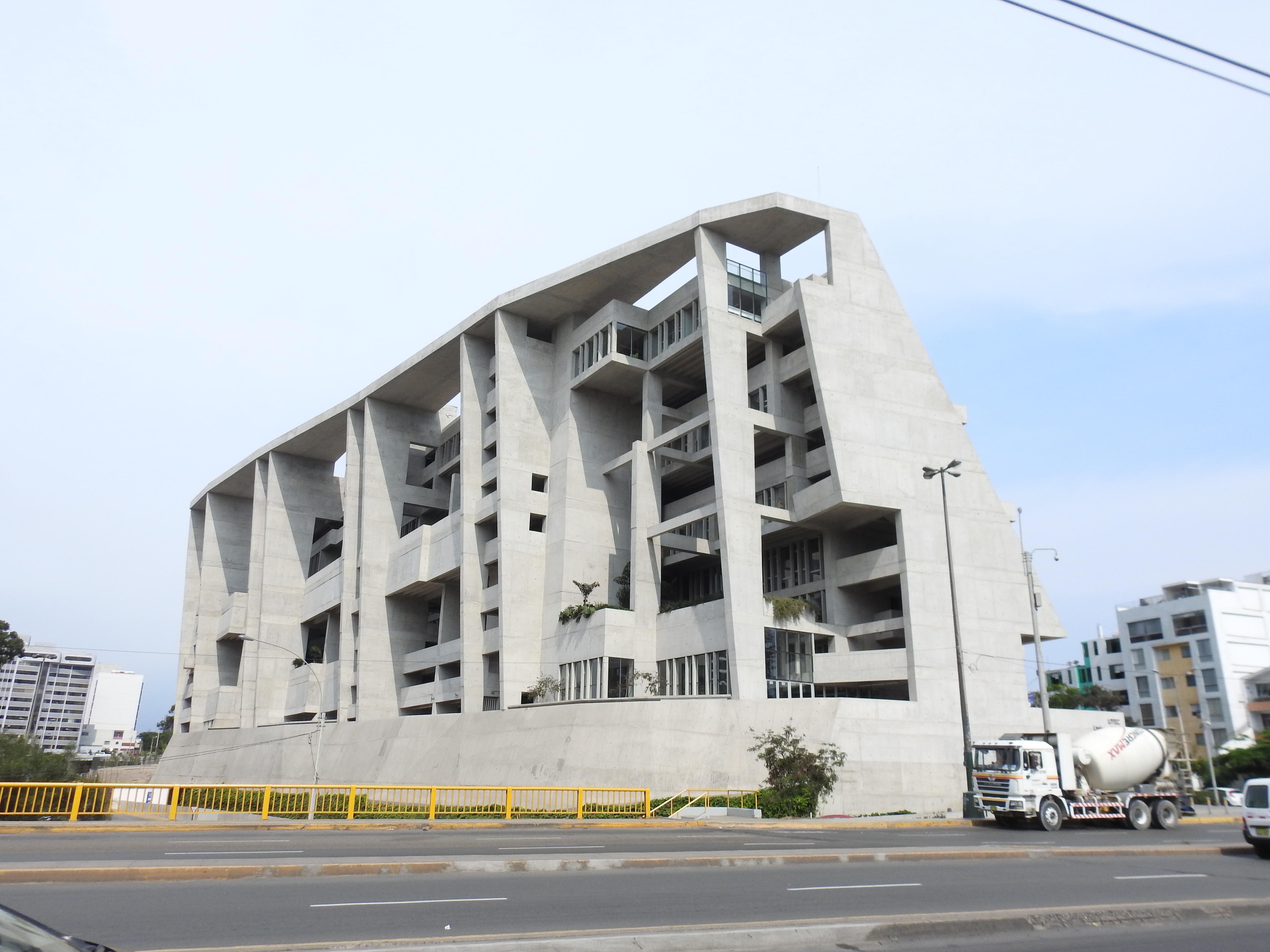