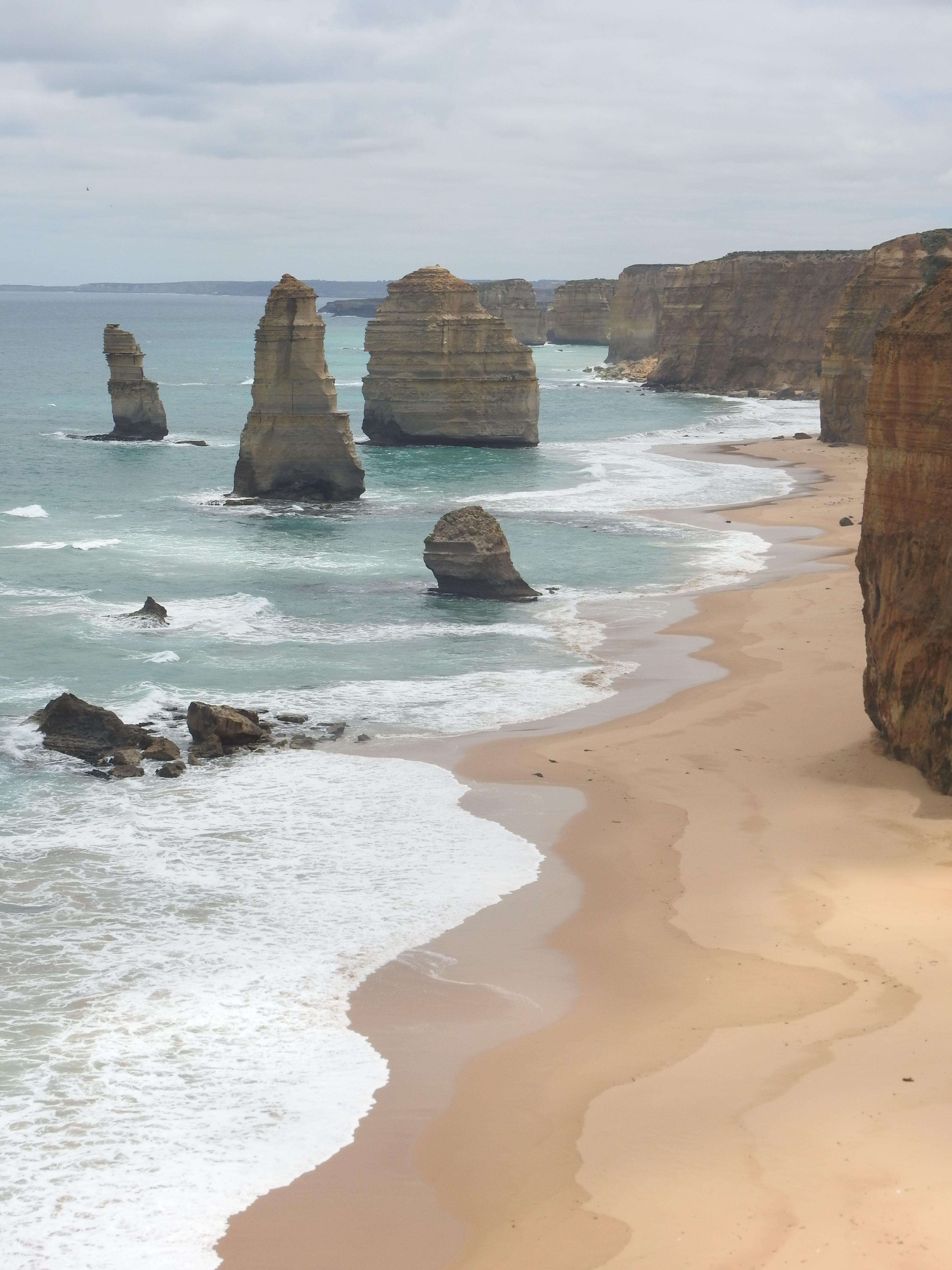 We have enjoyed two days as vagabonds.

We drove the Great Ocean Road. Unlike yesterday, we now know what the fuss is about. As you may recall, yesterday our intrepid travelers found ourselves in a staggering traffic jam.

Today, we got back on the road.

Have you ever watched a movie were the second half is vastly better than the first? “The Usual Suspects” fits that description. “Vertigo” and “Carrie” are also in that category.

The Great Ocean Road is exactly like that. It was OK (despite the traffic) yesterday. It was transcendently great today.

You think about places that you must visit. You know the list: the Grand Canyon, the Great Wall of China, the Pyramids of Giza, etc. I am not absolutely sure that the Great Ocean Road belongs on that list. But if it is not, it is close.

The coastline of southern Australia has been cut and carved by the harsh current and waves coming from Antarctica. The water has created epic and majestic sculptures.

Susie and I have discussed how to express the majesty of these formations. I think this might be the best way to describe it.

The kids were happy to stop 6 separate times to look at them.

We have found that the one thing that 4 young adults can agree on is that they should not agree on anything. We have found that choosing a restaurant soon devolves into a debate. In a way, each person wants to assert his or her will. Of course, they do not want to LOOK like they are asserting their wills. Instead, they get creative, “I do not care what we eat, as long as we do not have seafood” or “Go with what you want, but I want pizza.”

I am waiting for “we can go anywhere you want, as long as I can get vegan Icelandic comfort food.”

Each of our four children is striving to assert his or her independence. Perhaps more salient is the fact that they do NOT want to bend to the will of their siblings. Brothers and sisters understand that every battle influences future discussions. A concession on day 1 of a 5-month trip could lead to daily concessions thereafter.

As a result, our (adult) children are inclined to express strong opinions.

These opinions manifest often when we are driving. Every decision leads to a long discussion.

So when I kept asking, “Do you mind if we stop again to see more sites?”, I expected debates. Instead, they were expressed a willingness to see everything. 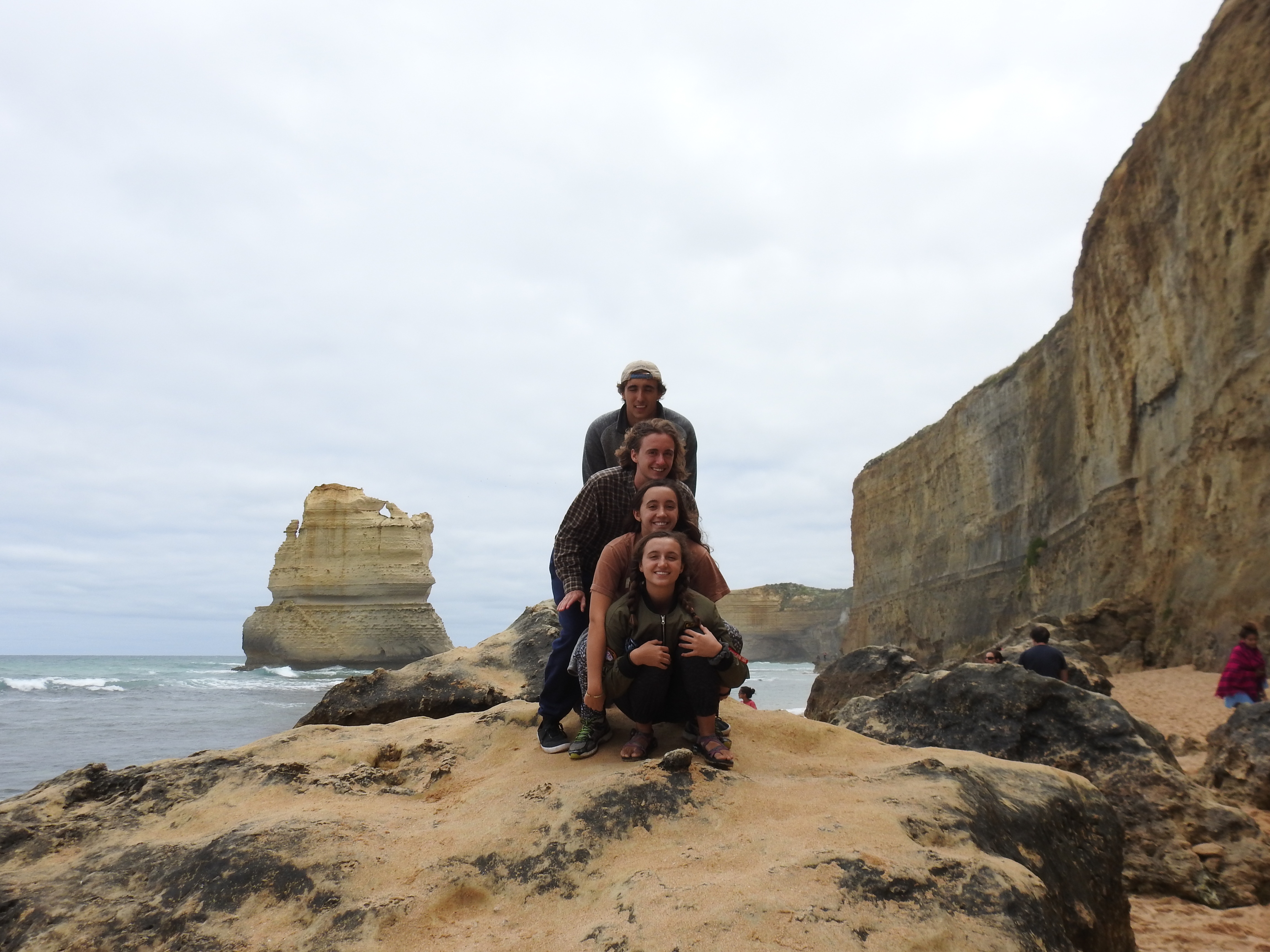 We enjoyed the 12 Apostles, the Loch Ard Gorge, the Arch and London Bridge. 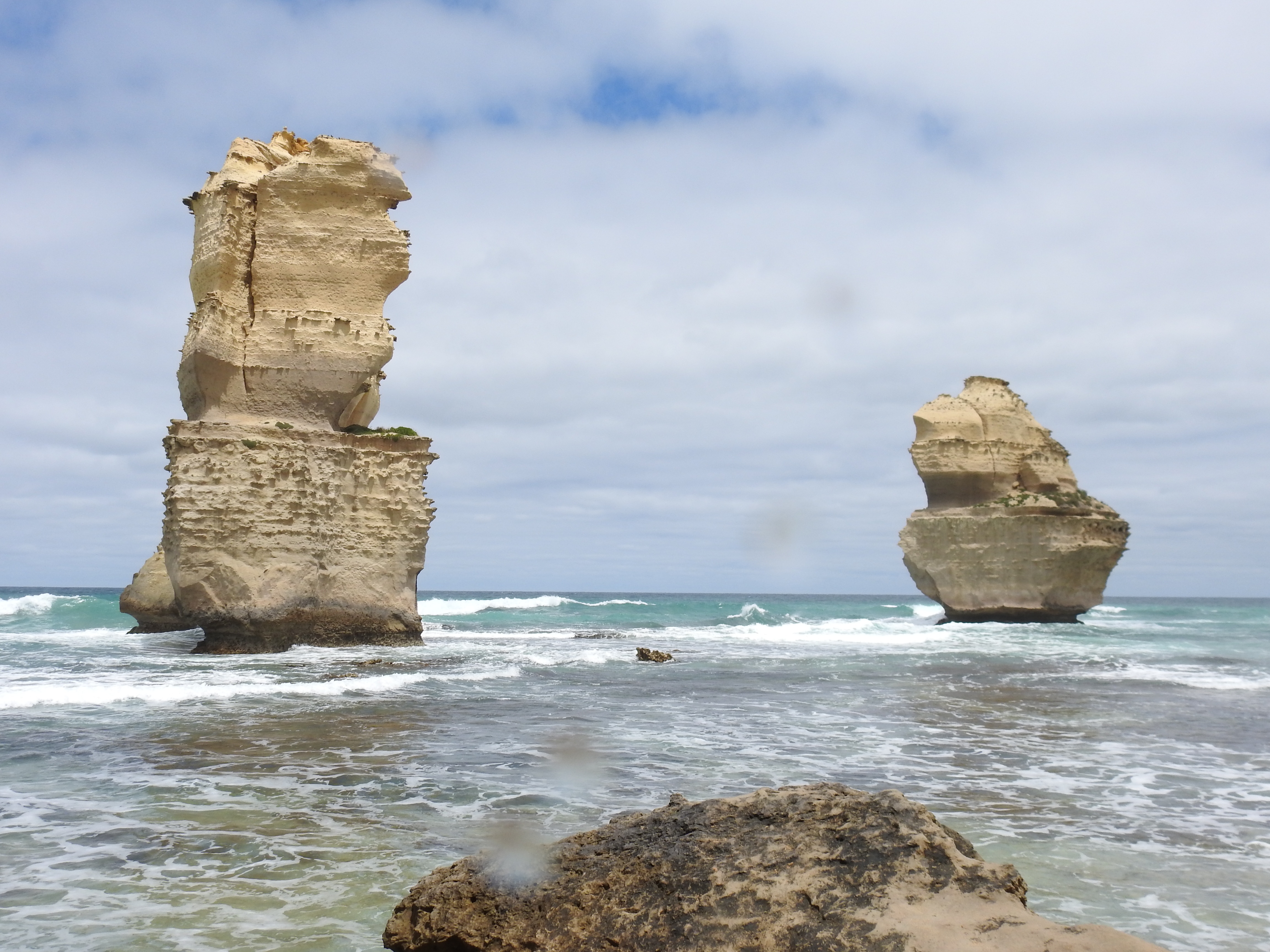 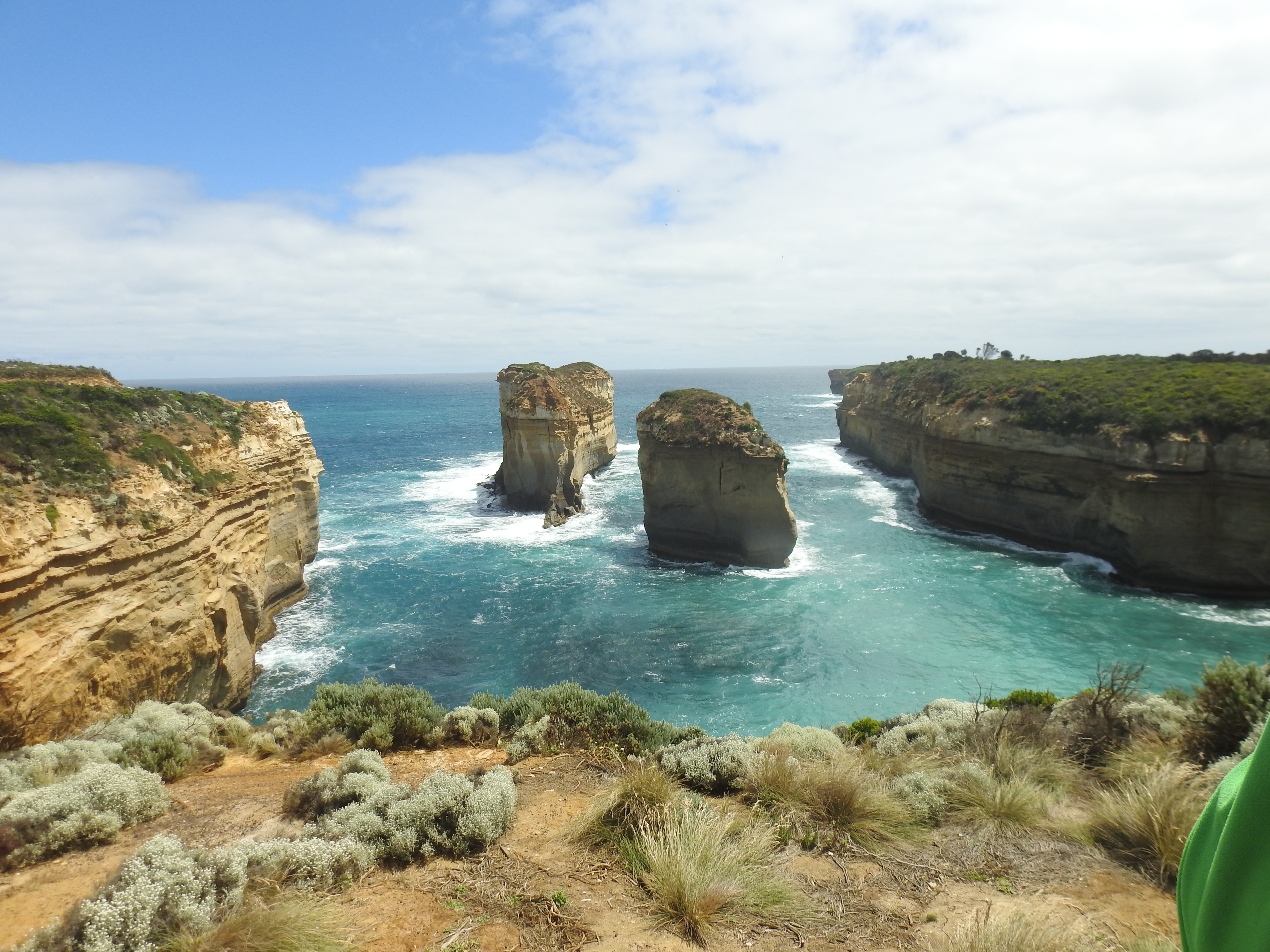 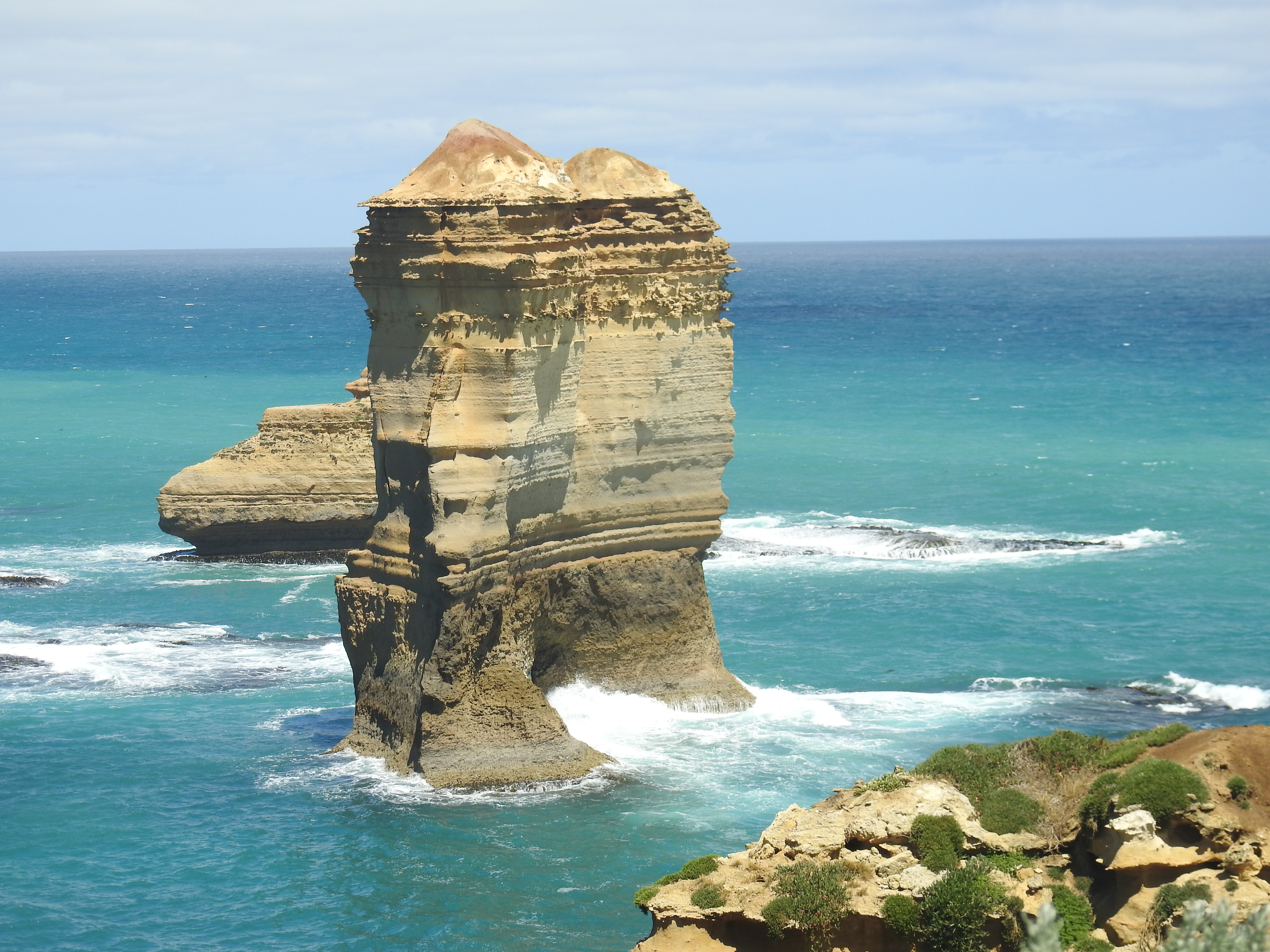 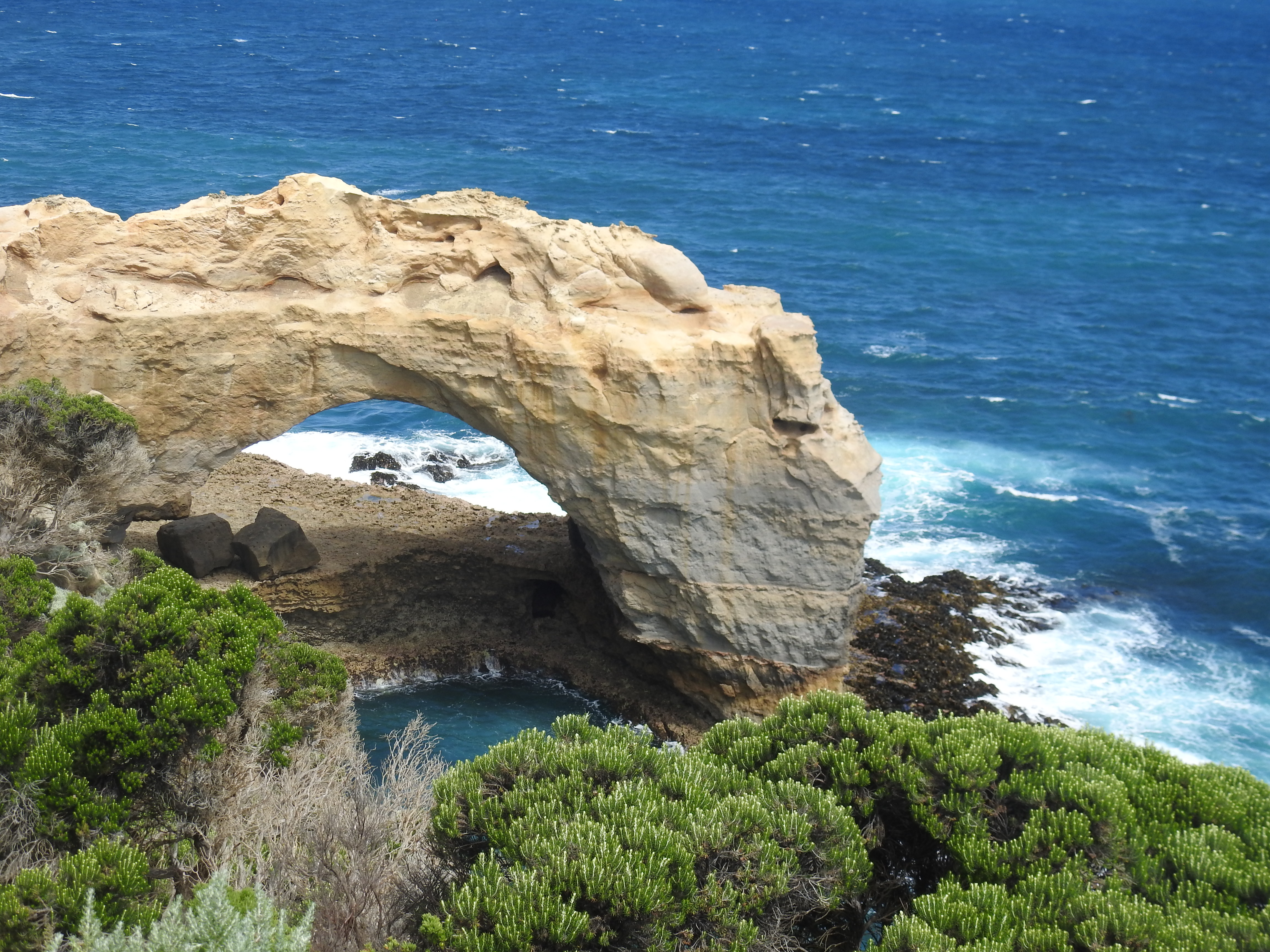 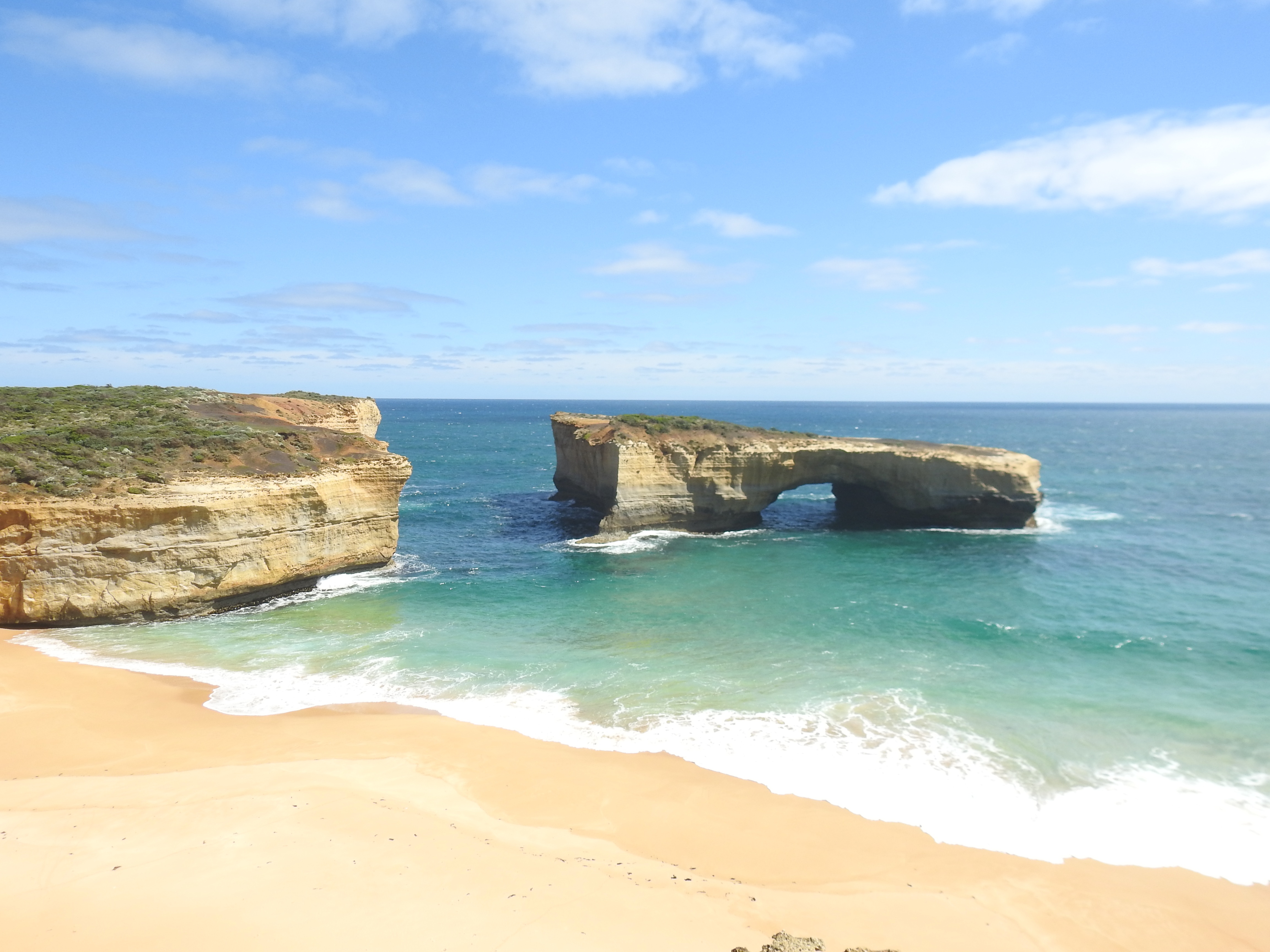 It is worth noting that London Bridge once had a stone span over this large gap. In fact, people were allowed to walk across the span. On a January day in 1990, the bridge eroded and sunk into the sea (yes, our grammar school poems seemed prescient – London Bridge did fall down) leaving two shocked souls stuck on the newly created island. [Note: for those of you who, like me, wonder “what happened to the two of them?” they were evacuated by helicopter.]

This exotic day ended in a wonderfully pedestrian way – our meal would come form KFC. Liam has been craving food that is familiar and inexpensive. Specifically, he has been asking for KFC. When he saw that our motel was adjacent to a KFC franchise (once again, we are in the high-rent district), he launched into action. He took specific orders, went next door and delivered meals to each Baskin.

So we spent the day seeing singular beauty on the far side of the world only to conclude it was a meal with Colonel Sanders.

PS One other fun detail from our day. Liam waded into the sea and found a completely empty beach where he strolled while observed by hundreds of people thousands of feet away. Here is Liam’s beach from their vantage point. 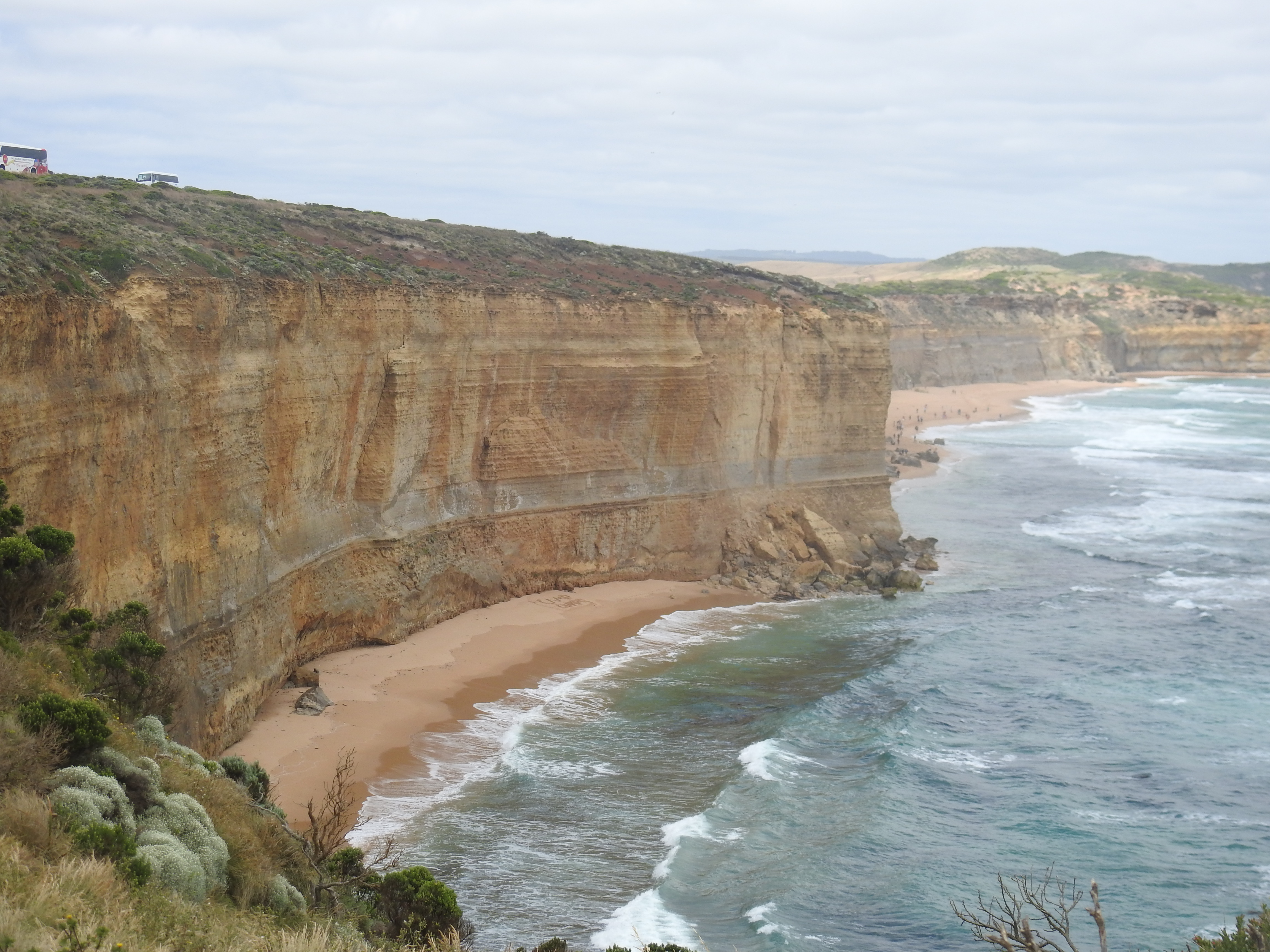 While on the beach, he wrote “Camp Champs” into the sand. An hour later, we ended up at the same observation platform and appreciated Liam’s work. 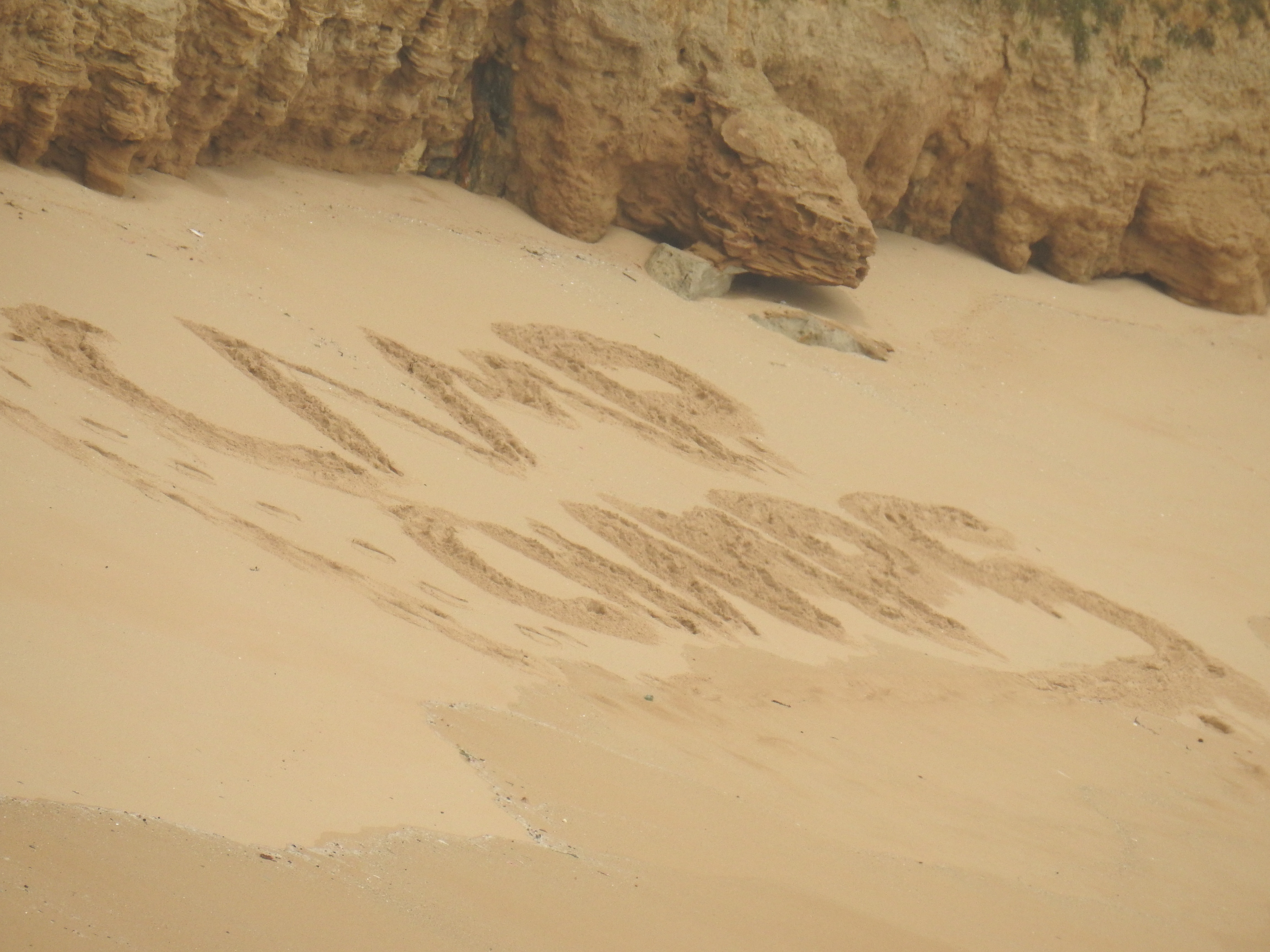 PPS I also want to include two other pictures.  The first shows vandalism at its most creative. 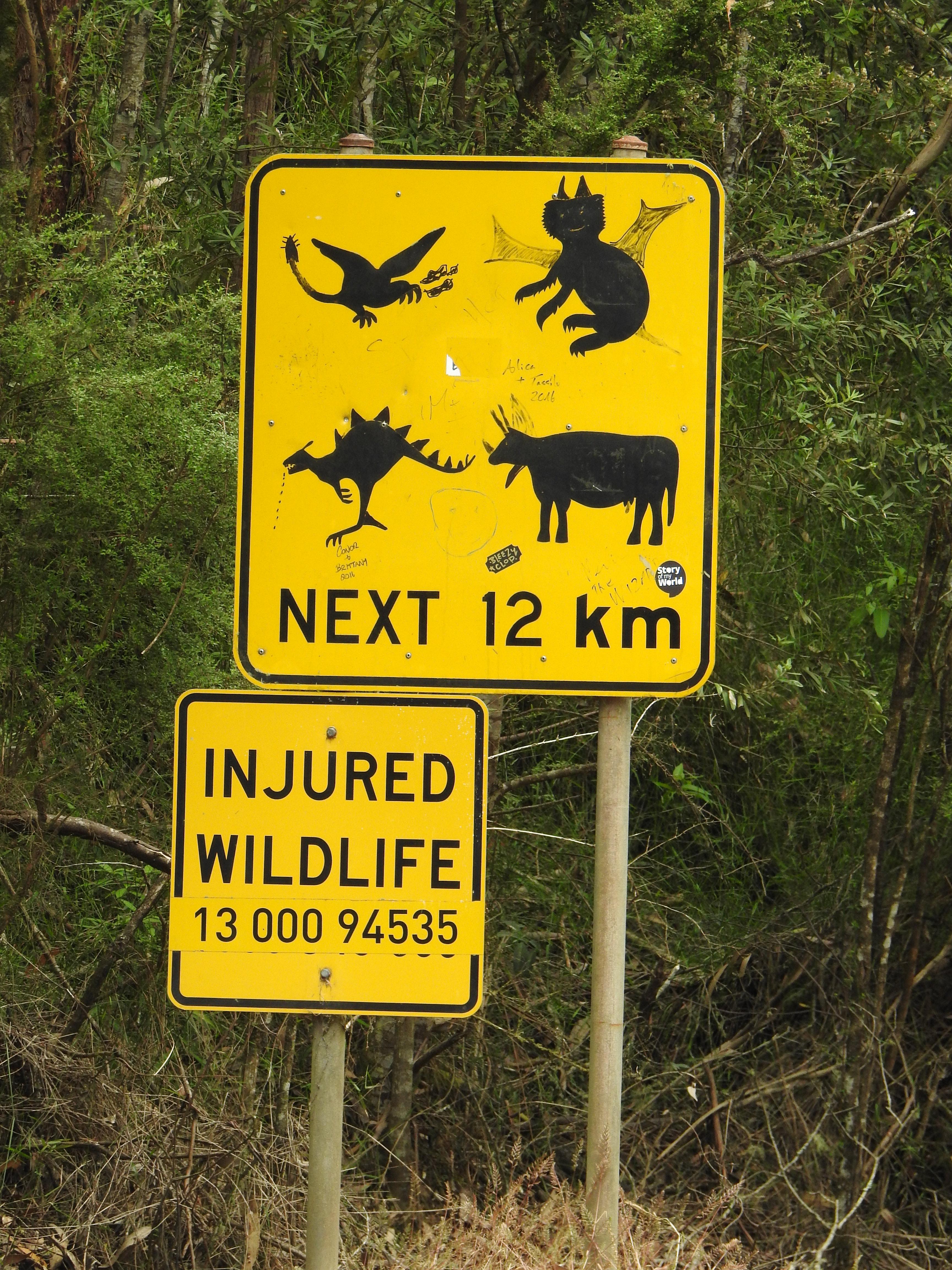 The second shows the a denuded Eucalyptus forest that struck us as hauntingly beautiful. 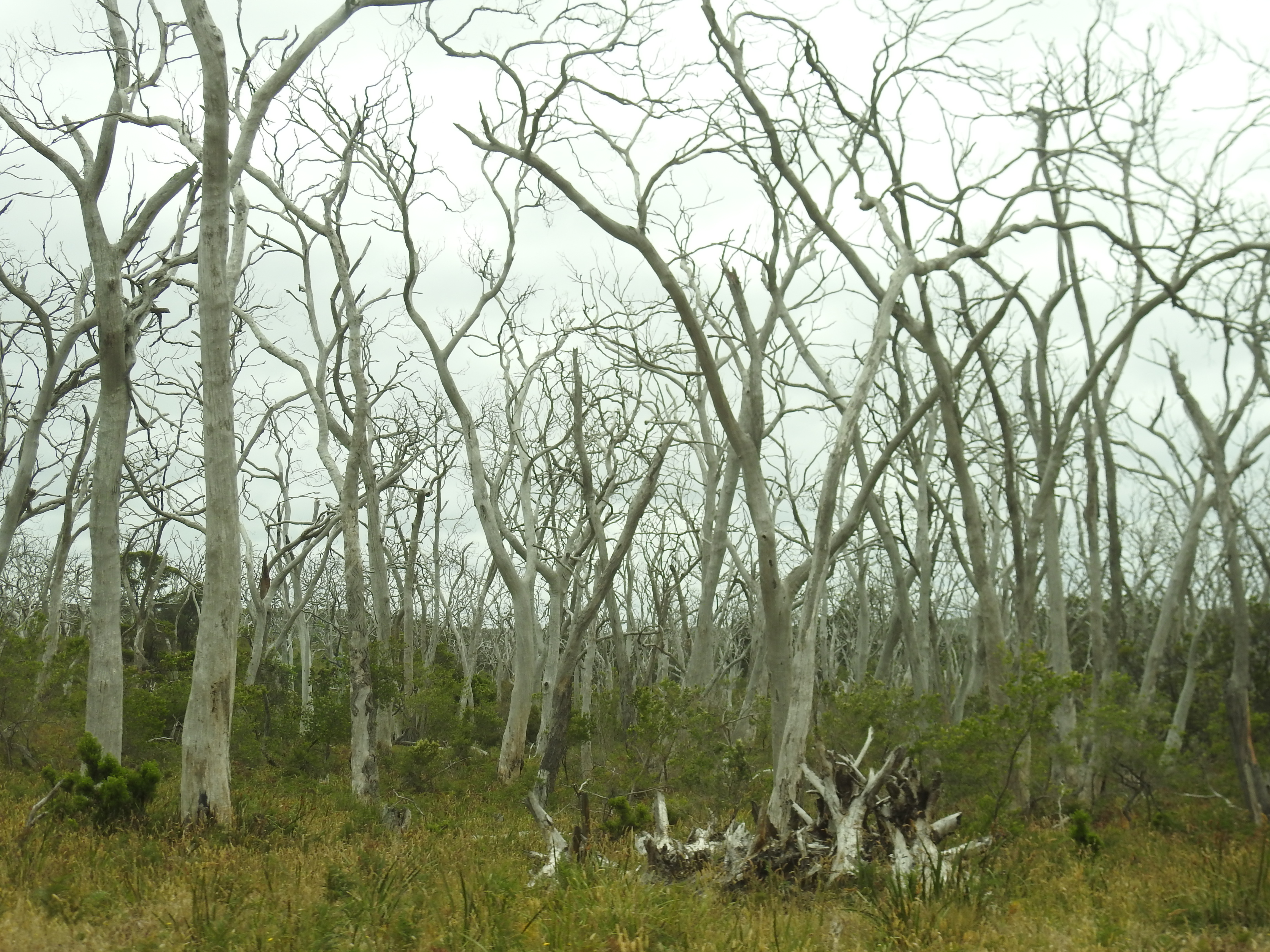