Happy Birthday to the Boys 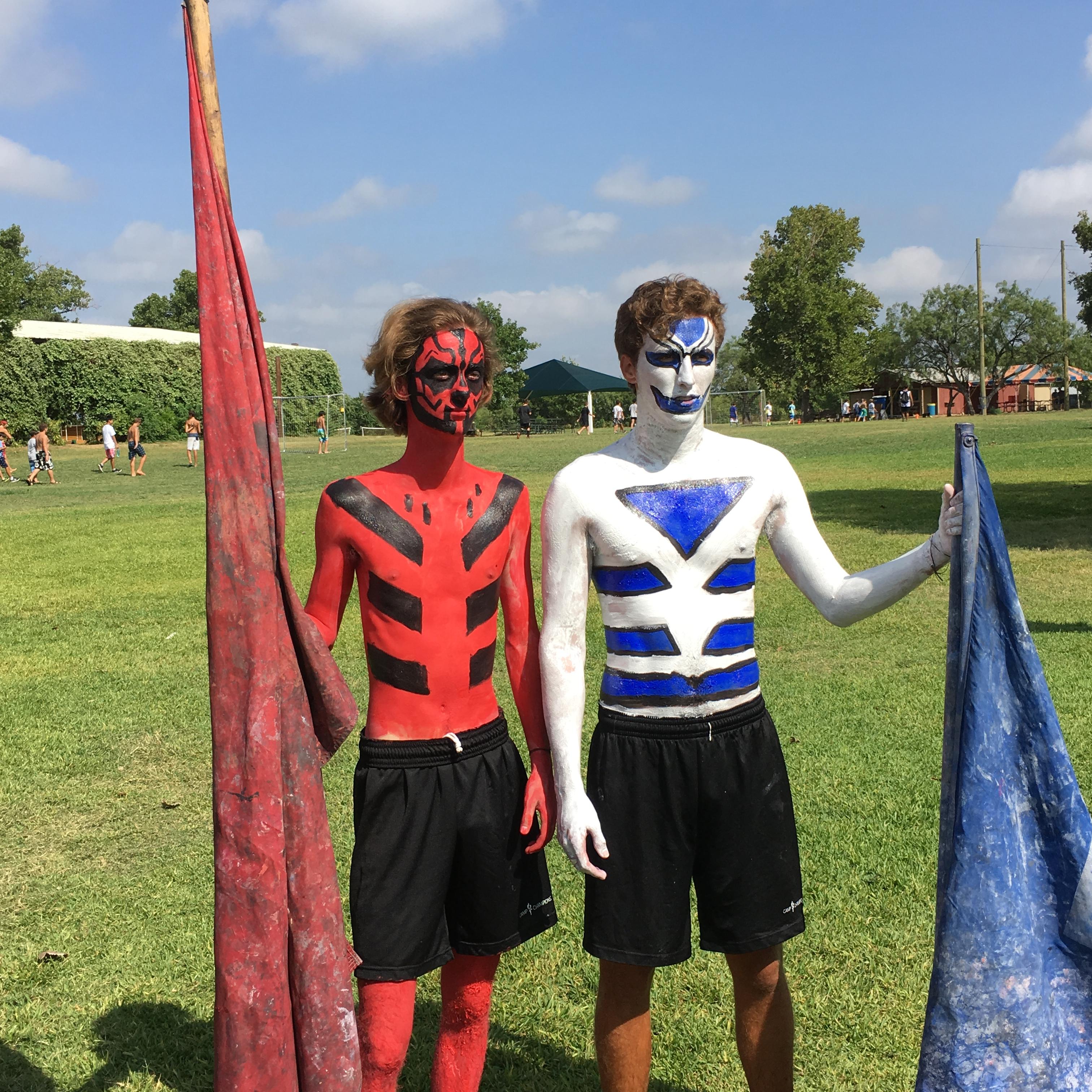 Today, we are not longer parents of four teenagers. Wiley and Liam turned 20 today. I must admit, it does not seem like we spent two decades together. It felt much shorter than that.

So, with the New Year is here, we have yet another reason to face our perpetual maturation. Yesterday, I struggled with technology. Now we have 20-year old children.

At the risk of seeming sappy, I want to state that Liam and Wiley have been wonderful sons and siblings. We are also quite proud of them (just as we are Terrill and Virginia, but today is the boys’ birthday, so I will focus on them for now). They have been accomplished in many of the ways that earn public accolades. They are very good students (graduating first and second in their class) who will be attending their dream schools. They were very good athletes and debaters.

But I am most proud of who they are in ways that are not measured, in acts that do not get a picture in the paper. They are fiercely loyal friends. They are both very talented camp counselors. Each has a different age group and activity specialty. Wiley leads the youngest boys and teaches Fine Arts, Liam works with the 10-12 year olds and teaches skiing/wakeboarding.

The picture above is from their time as leaders of the Trojans and Spartans at camp this summer.

They also both possess fine, but highly different, senses of humor,

In many ways, they could not be more different. Liam cannot go a day without exercising. Wiley would happily pass on most days. Liam must have a plan and seeks out groups of people. Wiley likes the idea of people, but does not crave crowds. He is more than happy to have Liam report back to him after a night out. Last night, the boys and Terrill went out with a camp friend for New Years Eve. Liam was completely excited. Wiley was not, but I could tell that he was going because it meant something to his twin.

I wonder how they will do at different schools. To be clear, they are not like identical twins who finish each other’s sentences. But they have lived together, gone to school together, attended camp together and traveled together for 20 years. They have only been apart for more than 3 weeks 4 or 5 times and never for more than 6 weeks. They have a powerful and fun bond. I love that they are forging separate paths, but I suspect neither knows what that will feel like to be twin-less.

I know I have no idea what it will be like to have them (and Terrill) gone.

As far as I can tell, the primary goal of parenting is to prepare your children for the world. It is not our job to love them – that is our joy. The JOB is to foster the skills and mindsets that will allow them to not just survive, but thrive. Susie states this in a simple way, “Being a parent is different from other jobs – when you do it right, you are no longer needed.”

Virginia (age 15) stills needs us. She might not think that she needs us, but she does. Wiley, Liam and Terrill are ready to fly solo. Certainly, they will have their difficult moments and we will be an ear to talk to or a shoulder to cry on, but they cannot wait to take the next step.

We are sad, but excited, to see them do so.

Before I close, I want to share a quick report on last night. I have never been in a major city during New Years Eve.   OK, I was in New York once, but I chose to avoid Times Square. Last night, we took in the New Year in Melbourne and watched their excellent fireworks display. 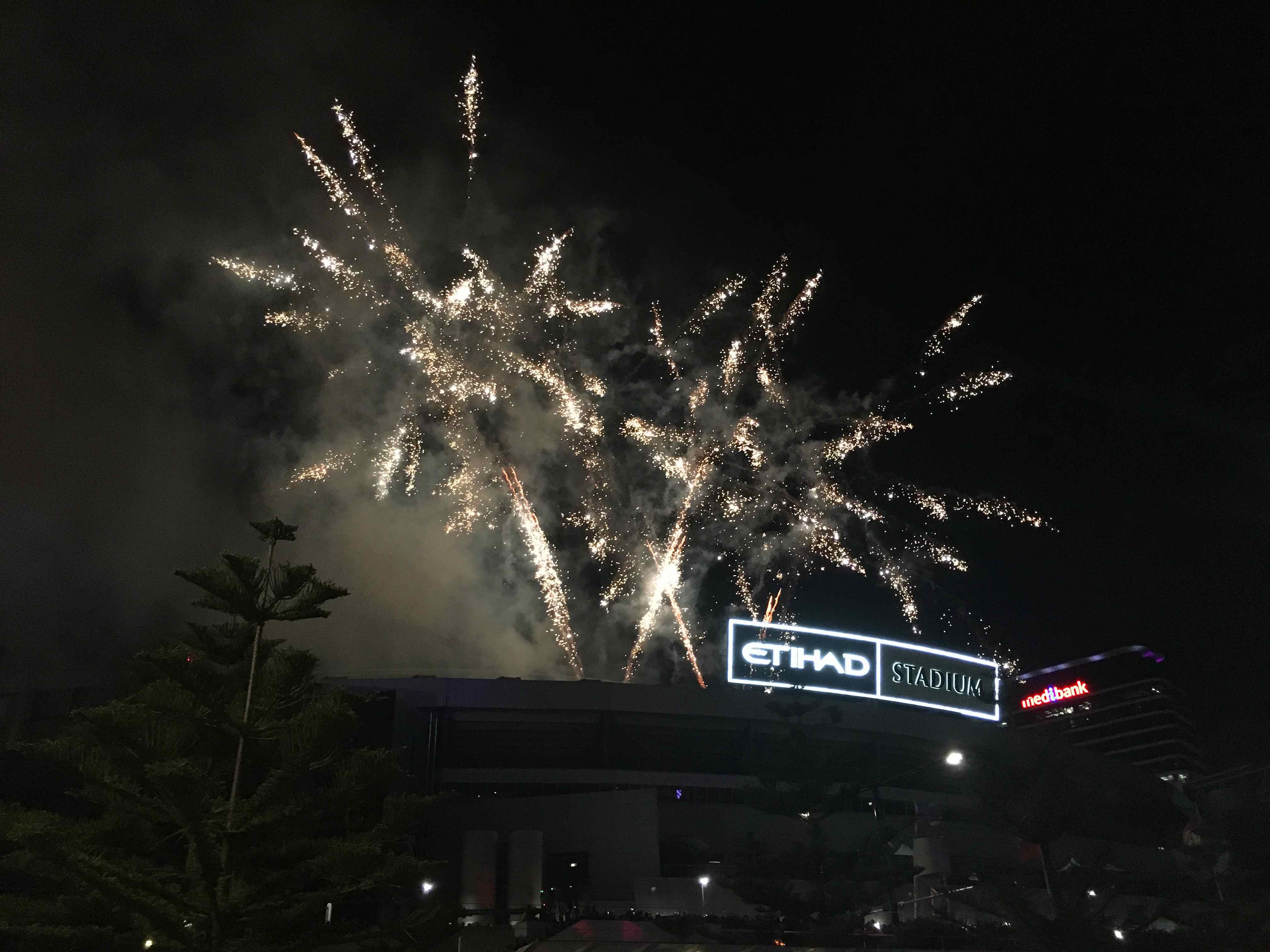 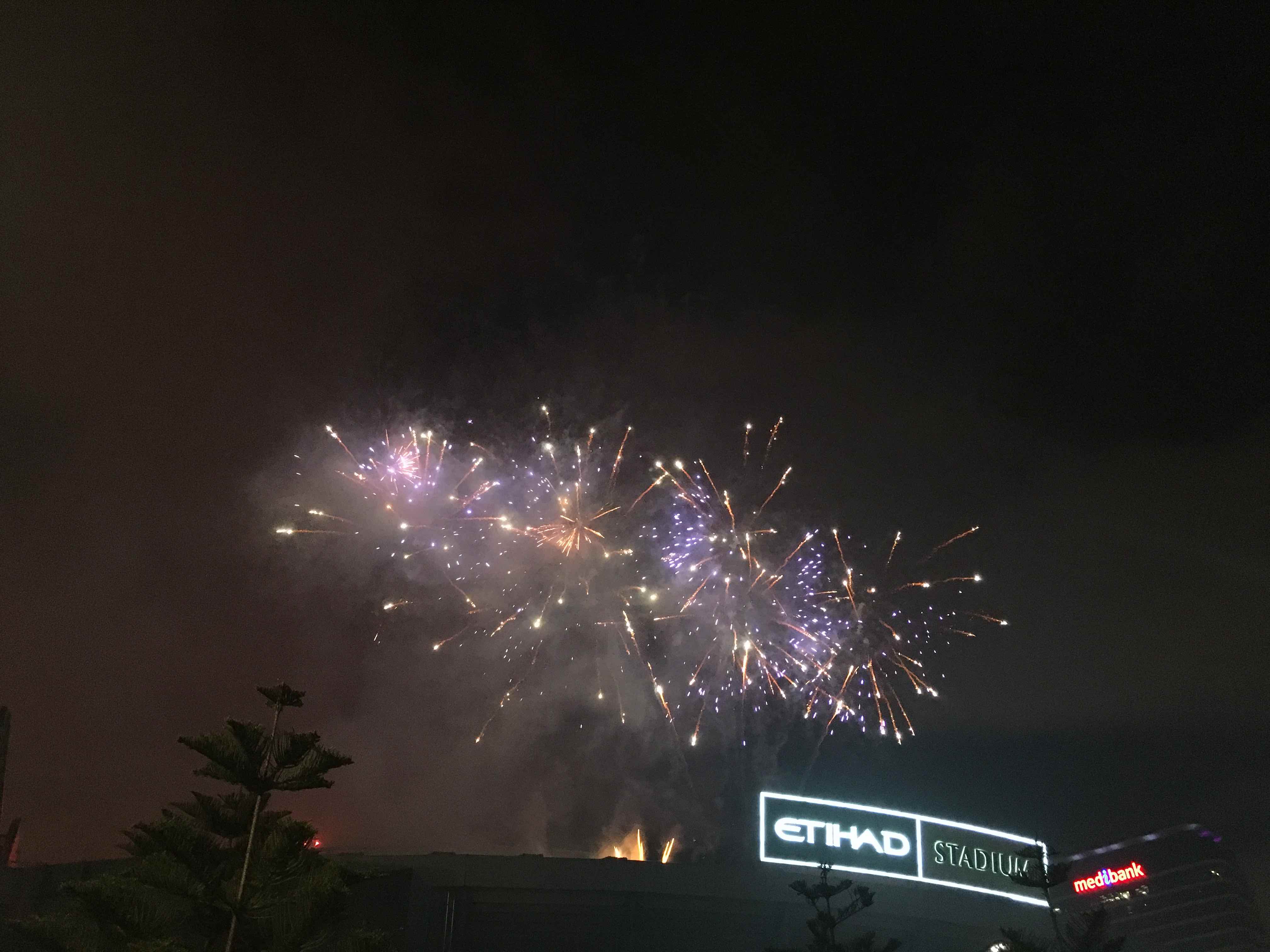 We also saw Darth Vader play guitar. [Note: it was heavy metal done pretty well – about what you would expect out of the dark side of the Force.] 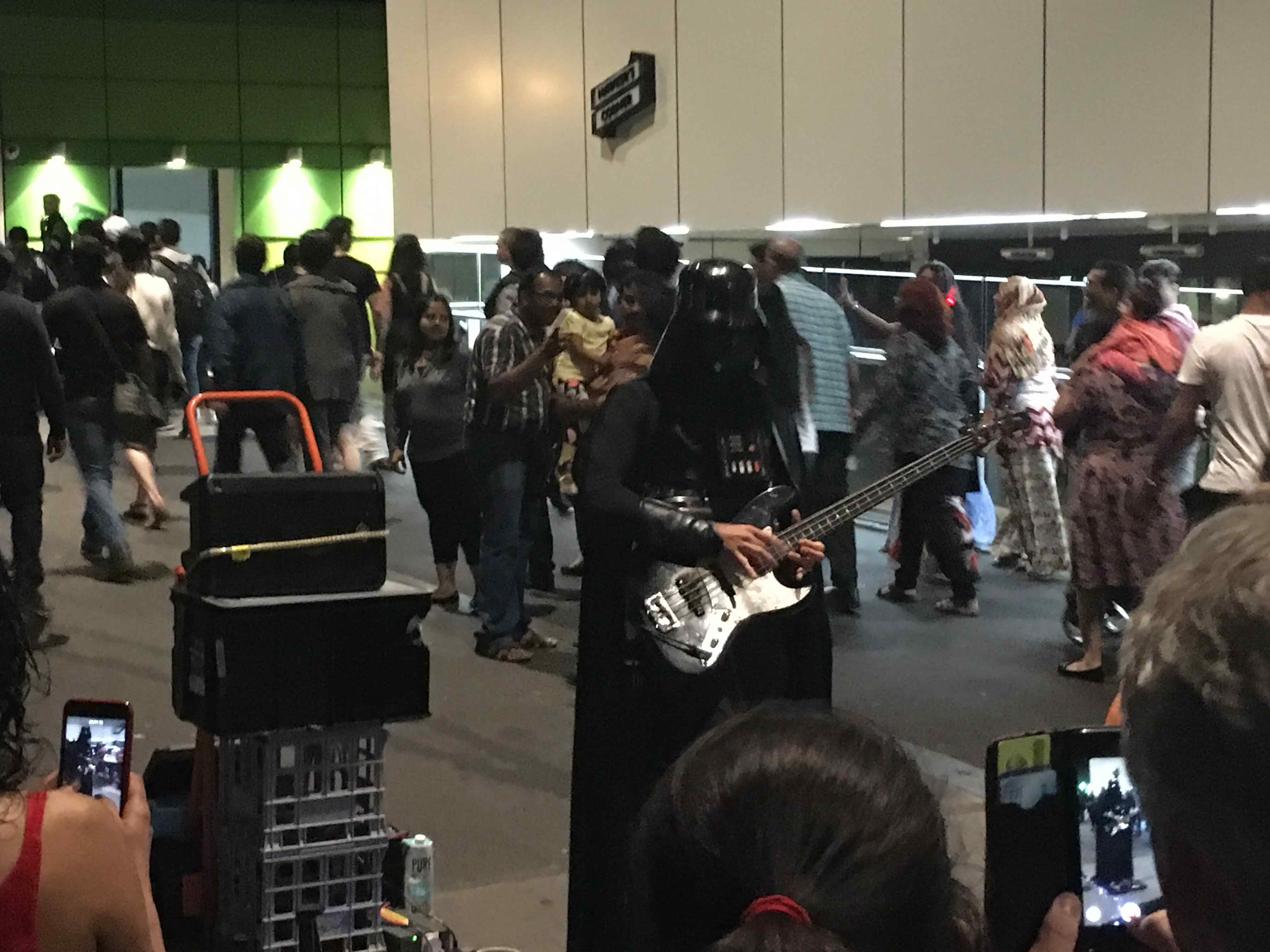 It was odd to hear “Happy New Year” and see shorts everywhere.

I also had two other strong impressions. First, everyone was truly well-behaved. I did not see massive drunkenness or unruly behavior Second, Melbourne is incredibly international. We saw people from Japan, China, India, Africa (Nigeria I think), England and Texas. I suspect there were South Americans there as well, but I do not have confirmation. In short, this is a true mixing pot, with all the culture, food and energy that comes with that.