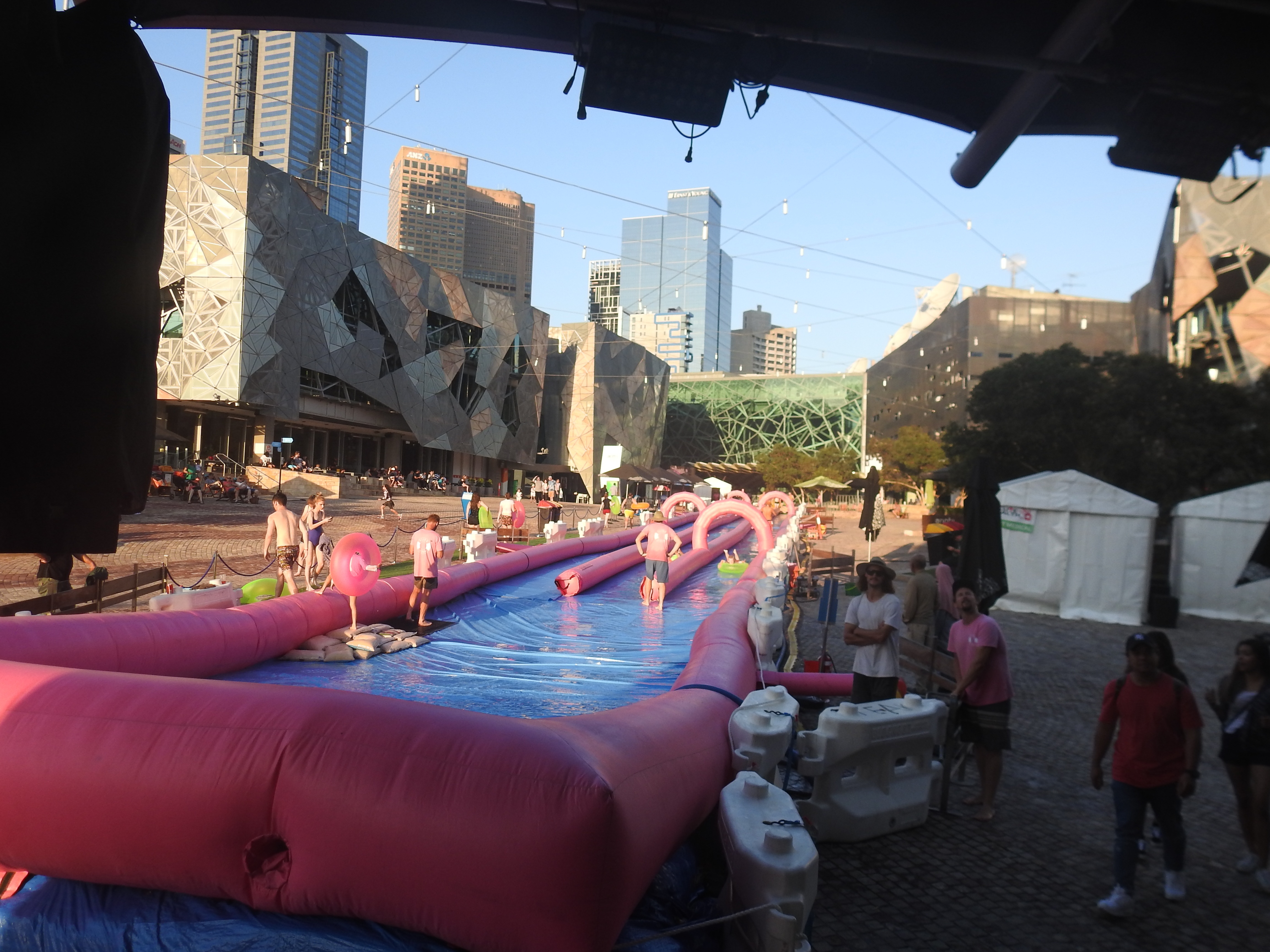 Today, I do not have any grand insight into life, travel or family. I do not have a unifying theme. But I have a series of tidbits that might amuse you. I hope you enjoy it.

Lord of the Flies

When we went to Rottsnest Island off Perth, I mentioned the flies. Perhaps you have seen one of these ridiculous hats in a movie or a picture. 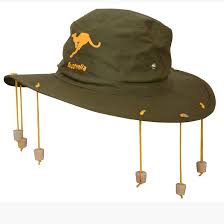 Frankly, I had never thought about why someone might wear something as silly as this. I guess I chalked it up to an odd Aussie sense of fashion (“Hey mate, nice corks on your hat!”), but a utilitarian purpose never occurred to me.

The black flies of Australia have helped set me straight. The corks interrupt the flight paths of the insects and keep them from doing what they do best, which includes flying excitedly into nostrils, ears, mouths and ears. Each of us experienced a fly in our mouths and half of us swallowed one (names withheld to protect the victims).

These are serious pests.

When we were traveling the Great Ocean Road and saw the stunning rock formations, we were not alone. We had flying friends join us.

For reasons that none of us could contemplate, they particularly loved me and my shirt. We could not determine why I was so popular. Could they love baby blue? Did I smell differently (a humiliating possibility)? Or – my personal favorite – was it because I was the only person wearing a shirt that had been soaked in an anti-mosquito formula?

For whatever reason, here is what I was dealing with. 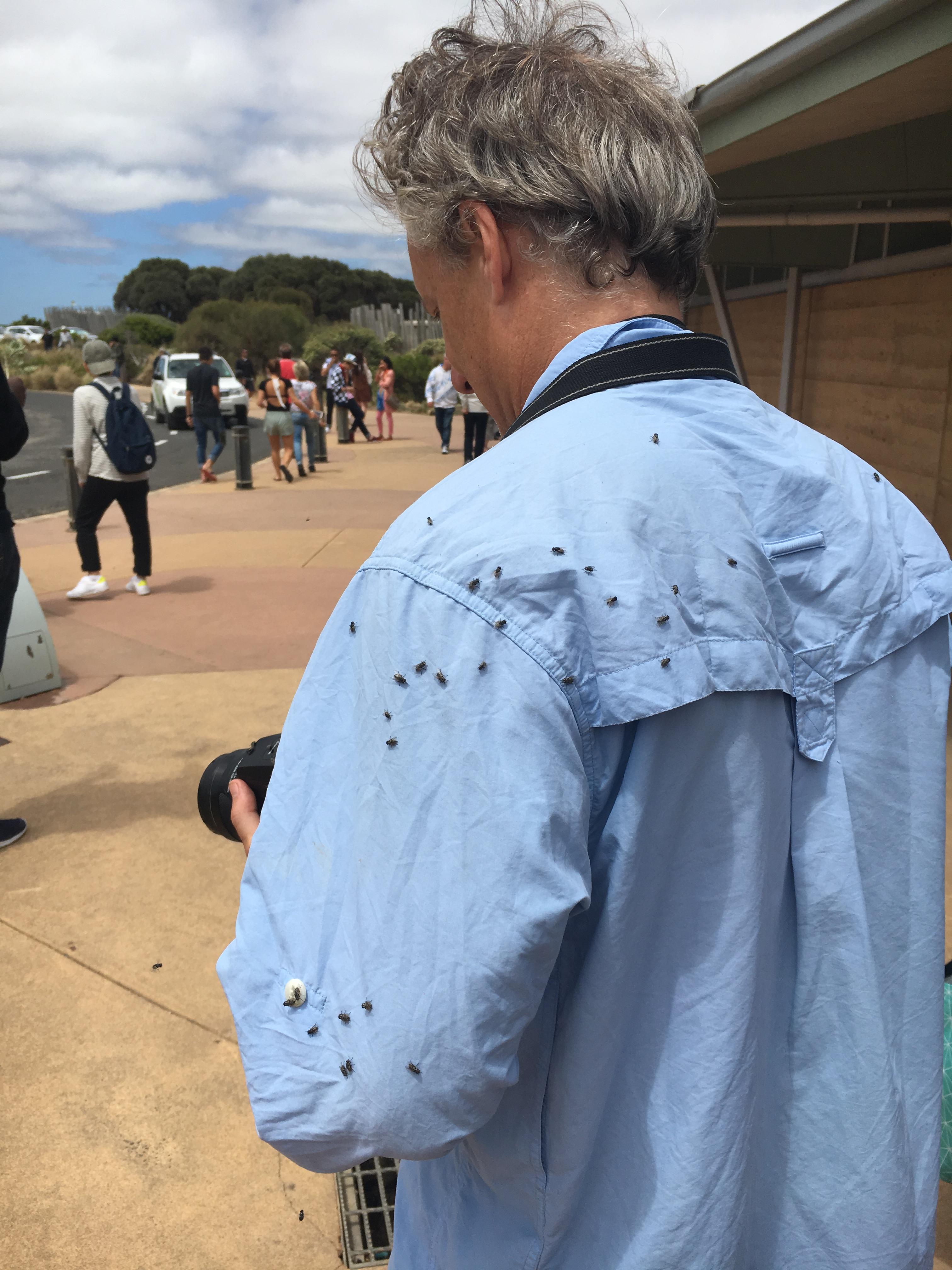 Dyslexia and a Double Take

As we were walking, Virginia was talking about a video message she sent a friend.

She was describing our time in Myanmar when we each of us got some food poisoning from Inle Lake water.

“She was surprised that I got gonnorhea.”

“What?!?!?” I replied, trying to seem calm, but feeling oddly horrified and clueless at the same time.

“You know daddy,” she explained, “When we were in Myanmar and everyone got sick.”

“Giardia, sweetheart. We all got Giardia.” The relief in my voice must have been audible.

Wiley and a Career as a Mediocre Spy

As we left the Melbourne airport, Wiley asked a question.

I assume it means that you drive a Chevy rather than an Aston Martin, drink Bud rather than Vodka martinis and explore exotic sites like Omaha or Albuquerque.

We came upon a fun summer tradition in Melbourne – Slide into Summer. The city puts up a long slip-and-slide and allows people to ride for Aus$25 (US$18) per hour. The crew was about to wrap everything up when we came upon the square. Liam strips to his shorts, strolled up to the facilitators and explained that he wanted to channel his inner Texas child.

Once again, a big smile and a Texas reference won the day. They allowed him a few rides for free. 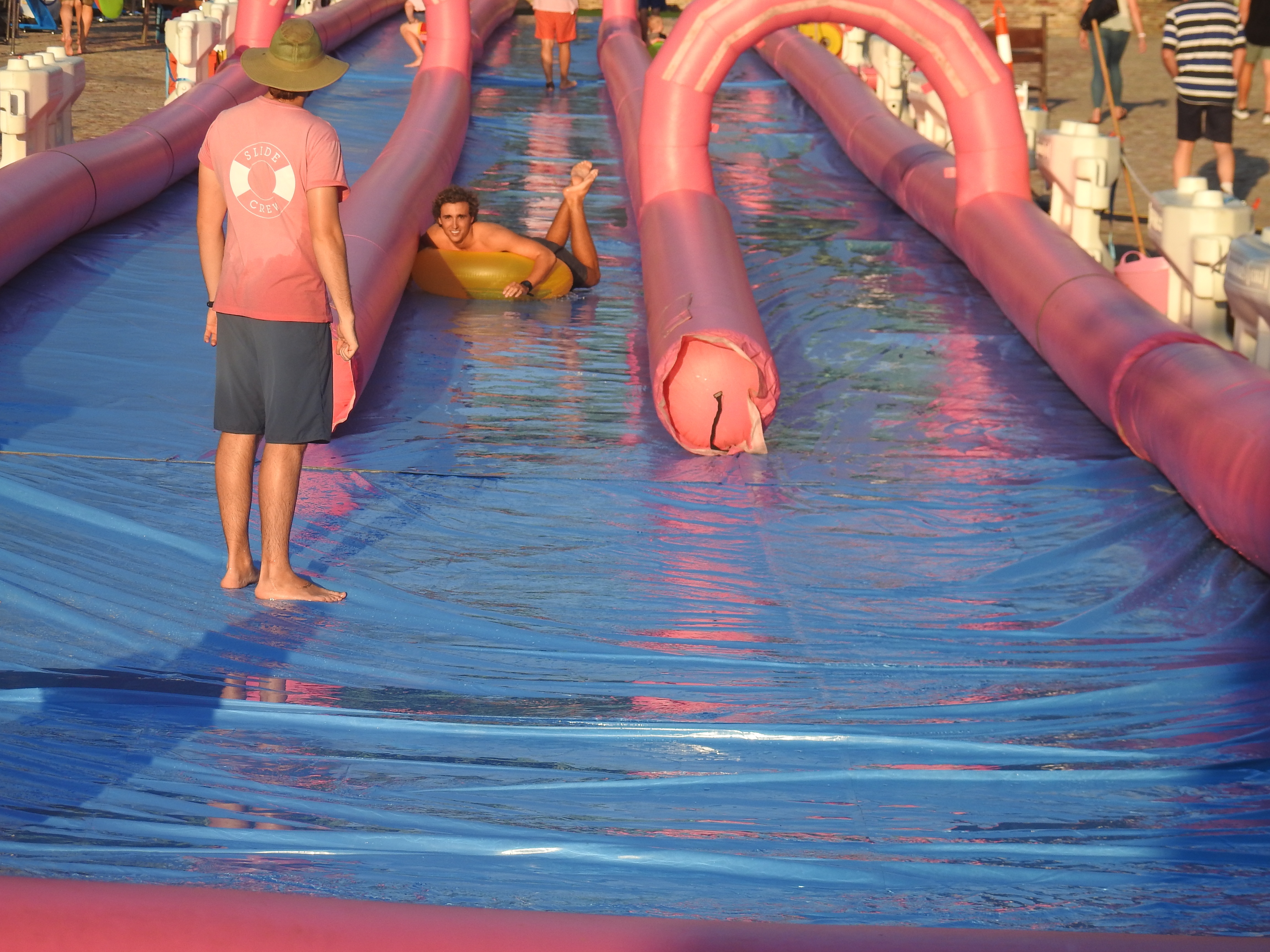 Terrill shares her mother’s love of the English language. Such affection will inevitably lead to frustration in Australia – a country committed to twisting and torturing the tongue of Mother England.

In addition to their accent (which is so brash as to make Texans seem subtle) they have a particular habit of creating cute terms for common words.

[Note: before I continue this point, I would like to comment on the source of the Aussie accent. Research has determined that much of it is the result of speaking while drunk (I am not making this up) and changing consonants and verbs. I read an article that shared this paragraph:

“The average Australian speaks to just two thirds capacity – with one third of our articulator muscles always sedentary as if lying on the couch; and that’s just concerning articulation. Missing consonants can include missing “t”s (Impordant), “l”s (Austraya) and “s”s (yesh), while many of our vowels are lazily transformed into other vowels, especially “a”s to “e”s (stending) and “i”s (New South Wyles) and “i”s to “oi”s (noight).”

I know we strive to avoid stereotypes, but this is just too much to ignore.]

Well, they have butchered words just as they butcher verbs and consonants.

To my amusement, it really annoys Terrill.

Remember the wise advice to have “serenity regarding the things we cannot control”? Terrill is not a fan when it comes to language.

Here are the Aussie-isms that grate the most.

Breakfast become “brekky”. Terrill heard it and frowned. She hated it when she thought it was “brecky”, but when I showed that the “c” was gone and replaced with two “k’s”, she gave me a look of horror, yelled and just shook her head in disgust.

And (her favorite), McDonalds is “Maccas”. Think of it as “Mecca”, but with fries.

“So, you can go to Maccas on Chrissie for some brekky with hosties (but you better leave the ciggies outside).”

I know it sounds like baby talk, but this is a sentence that an adult could actually utter without disdain in Australia.