Continuing the Wrong Tradition (and a Note on Bushfires) 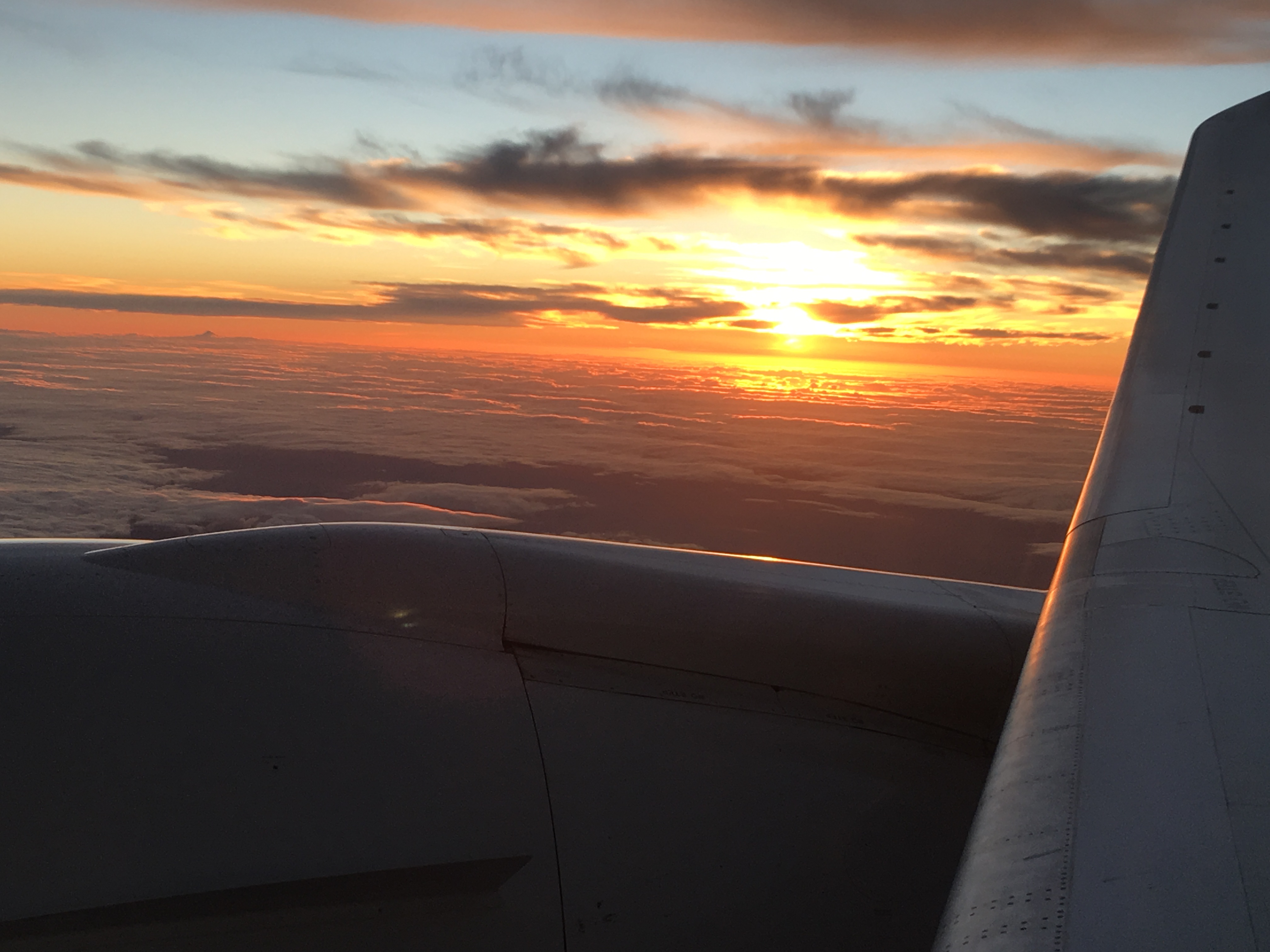 In movies, we often see a dramatic moment when someone asks, “Is there a doctor in the house?” The slightly less common, but just as cliché quote asks if there is a doctor on an airplane.

] I have flown hundreds of flights in my lifetime, but have never heard a request for a doctor or medical professional.

Not until yesterday. My trans-pacific slumber was briefly interrupted when the PA system made that very request. I had three reactions. First, I hoped that the person was OK. Second, I noted that I had never heard this before. Finally, I wondered how the movie I had been watching ended, as I had conked out before its conclusion. [Note: rather sadly after rewinding later.]

I then happily fell back asleep. This is no small task. We fly economy which is not burden on 3-5 hour flights, but can leave a heavy toll on a 52 year-old body over 13 hours. If you can find sleep in those seats, take it.

Some travel experiences morph into travel traditions. For example, when we first arrive in a new city, we like to take a long walk through it rather than take public transportation.   We also like to eat some street food in every place we visit.

Some experiences, however, are better left as one-off events rather than traditions.

Playing “Phase 10” was a tradition that began as a source of consistent amusement and became instead a destabilizing force against familial harmony. The game is not unlike Uno, where you can play cards that not only help oneself, but also hurt an opponent. In a friendly game, this is accepted as par for the course – a valid strategy to win a pointless game. But when the contestants are all (or almost all) highly competitive AND they have been interacting constantly, the game takes on a new tone.

A simple play that sets back a sibling is like a match tossed into a dry haystack doused in gasoline. Or, to share an Australian fact, like a match tossed into a Eucalyptus (gum tree) forest during a heat wave. [Note: I have been wanting to share this tidbit for a few days and have forgotten to do so. When watching Aussie TV or driving on their roads, you are inundated with references to “bushfires” (what we call forest fires). Their interest in bushfires borders on the obsessive. For a country that routinely shrugs off Great White Sharks, armies of venomous snakes and fatal jellyfish, their interest in fires caught my attention.

Susie found the answer from the Bill Bryson book she read about Australia. An Aussie was explaining why he did not want to buy a house “in the bush” despite a good price and a deep love of the woods. The Aussie simply said “bushfires” and then offered this explanation,

“Gum trees just want to burn, you know. Its part of their strategy. How they compete with other plants. They-re full of oil, and once they catch fire, they’re a bugger to put out. You get a really big bushfire moving across the landscape at fifty miles an hour with flames leaping a hundred and fifty feet in the air and it’s an awesome sight, believe me.”

These trees have paper-thin bark that peels all the time, sometimes in carbboard-like sheets and other times in thin strings. 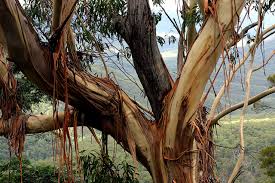 As they peel, they form a bed of unequaled kindling at their base. As the quote mentions, their sap is highly oily and burns hot and even occasionally explodes. The kicker here is the fact that gum tree seeds need extreme heat to germinate, so a bushfire not only wipes out the competition, but also frees them up to flourish.

I am sure there are other plants that benefit from fires, but none as well as the gum tree.

So these fires are Olympic level. A fire in 2009 managed to kill 173 people. Perhaps the best evidence of the hold that bushfires have on the Aussie consciousness is the fact that a soap operashas committed an entire mini-series to its characters trying to survive one. Yes, a soap opera has determined that outracing a fire trumps discussing the paternity of a baby or dealing with amnesia.

Lets just add that to the list of bizarre ways you can experience harm in Australia.

[End of digression. Back to the plane.]

So someone had escaped the perils of Australia only to need medical help on our plane.

This brings me to the experience that I would rather not become a tradition.

That patient was Wiley.

Before I go any further, I should say that Wiley got a clean bill of health and is feeling 100% now. He fainted while walking down the aisle, luckily caught by a gigantic male Maori flight attendant. Susie, who had been there for all the excitement, was happy with the Buenos Aires-based doctor who evaluated him. I think Susie was unbelievably sweet to let the rest of us sleep.

When we traveled in China 5 years ago, Wiley also fainted. On that occasion, he was not as considerate and did not do so near a large flight attendant or in a plane staffed with some medical professionals. He did it next to the Li River and not near anything else. Our saving grace was a Chinese woman who had been walking near us in hopes of selling us fruit or water. We had not needed provisions, but we did deeply appreciate her help. She saw Wiley teeter and lead us to a friend’s hut where we (happily) bought lots of water and fruit from her as he lay on the dirt floor.

So we are now healthy and happy in Buenos Aires, though horrifically jet-lagged . We crossed 14 time zones and all woke between 3 and 6 AM. So our plan is to put on our walking shoes and attempt to discover the city.

Hopefully with everyone remaining totally conscious. Call me a dreamer.