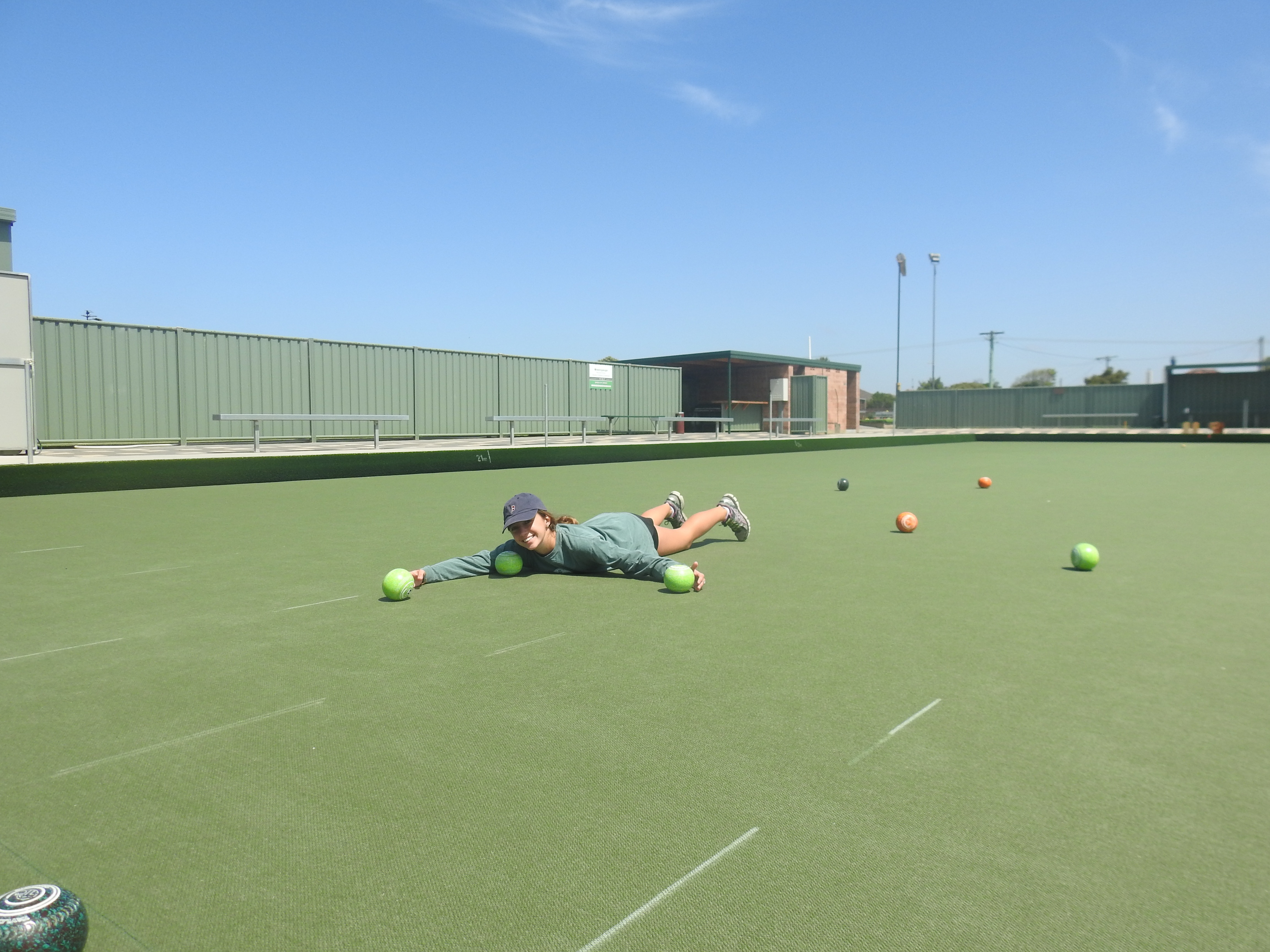 As a country, Australia is obsessed with sports. Every paper and newscast includes long descriptions of the various sports – Australian Rules Football, Soccer, Rugby, Cricket, Volleyball, and Swimming are covered regularly. But they do not stop there, we have seen coverage on horse racing, harness racing, greyhound racing, snooker and (wait for it) bowls.

Bowls, (also called “lawn bowling”) is a sport typically embraced by retirees, think croquet without mallets.   Bowls is the love-child of curling and shuffleboard. But this in not a sport limited to the older set. We sat in a restaurant and watched the world championship of bowls. Everyone was excited to watch.

Of course, the interest of the “fans” might have been a function of some wagering. Not only will the Aussies watch every sport, but they will also bet on them. The Baskin Clan is rather anti-gambling, but we also want to embrace the local culture.

So we spent a few hours bowling.

The Bowls Club was strange enough. It features 2 fully stocked bars, 2 restaurants, a kiddie play area and 20 bowling slots. We learned how to play from the wizened grounds keeper named Graham. [Note: “grounds keeping does not involve mowing or edging grass. Instead, Graham pushes a machine that assures that the pile of the astroturf remains “even”.]

By the way, we were both amused and horrified by the brochures in the lobby. In addition to the youth league and the summer specials, they also offer 10% discounts for members on memorial services held at the club. 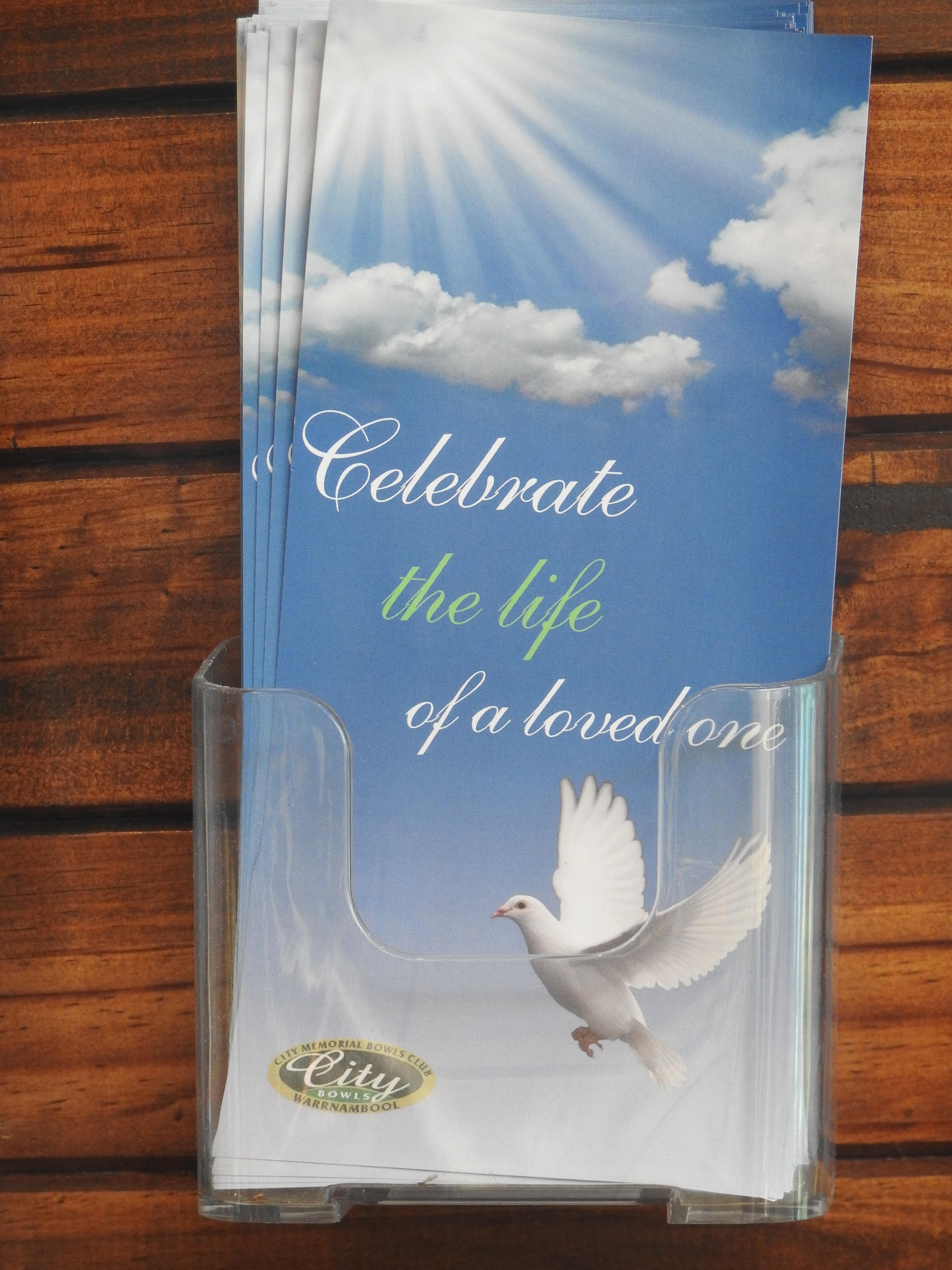 The sport (is that the right word?) is made more challenging by the balls, which are assymetrical. As a result, they curve when bowled. Put differently, there is no way to bowl them in a straight line. 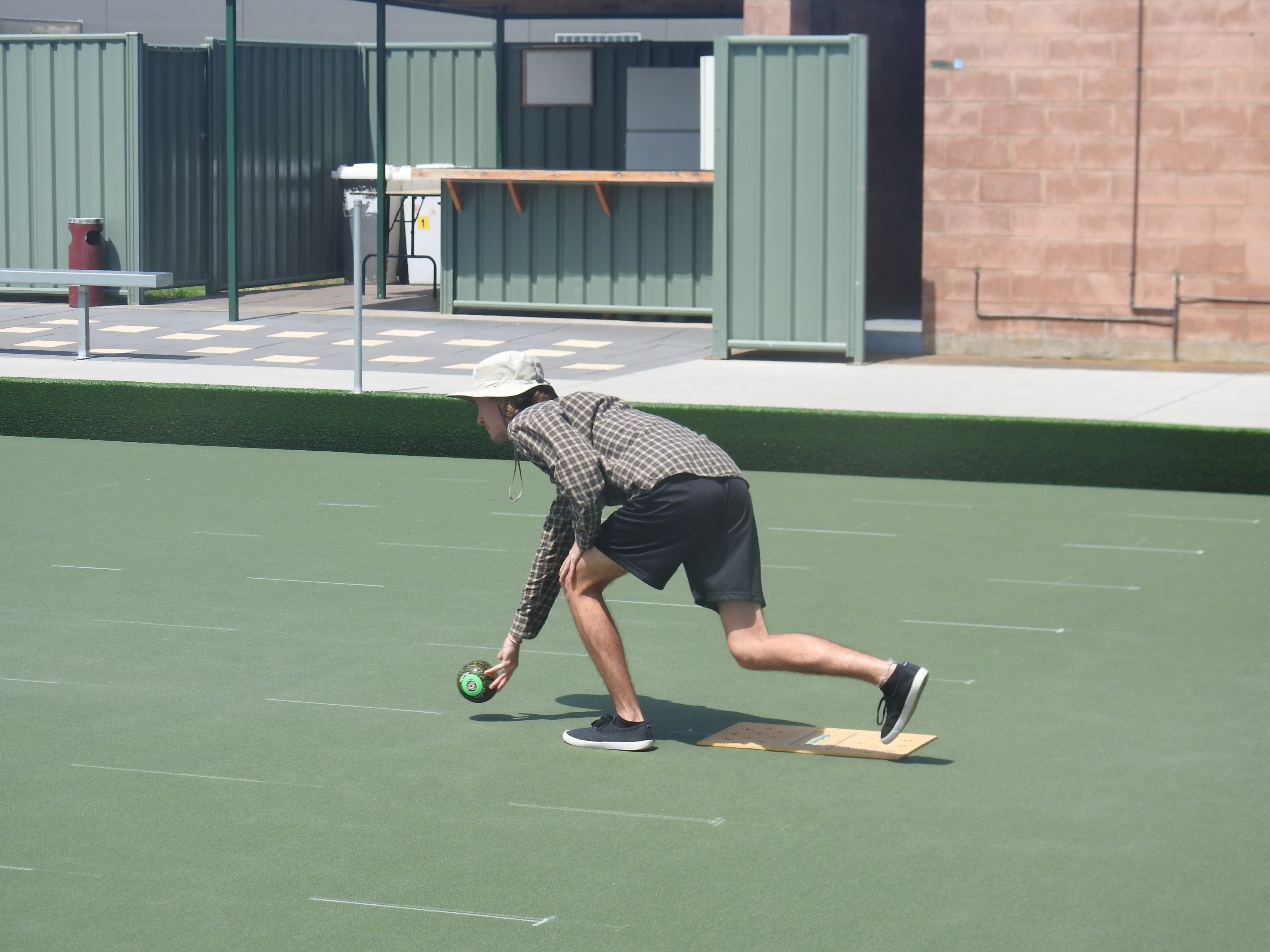 We loved our play. Susie, Wiley, Terrill and Virginia played one game while Liam and I played separately. Liam and I are the most competitive of the Clan, so we were sequestered from the family for this competition. 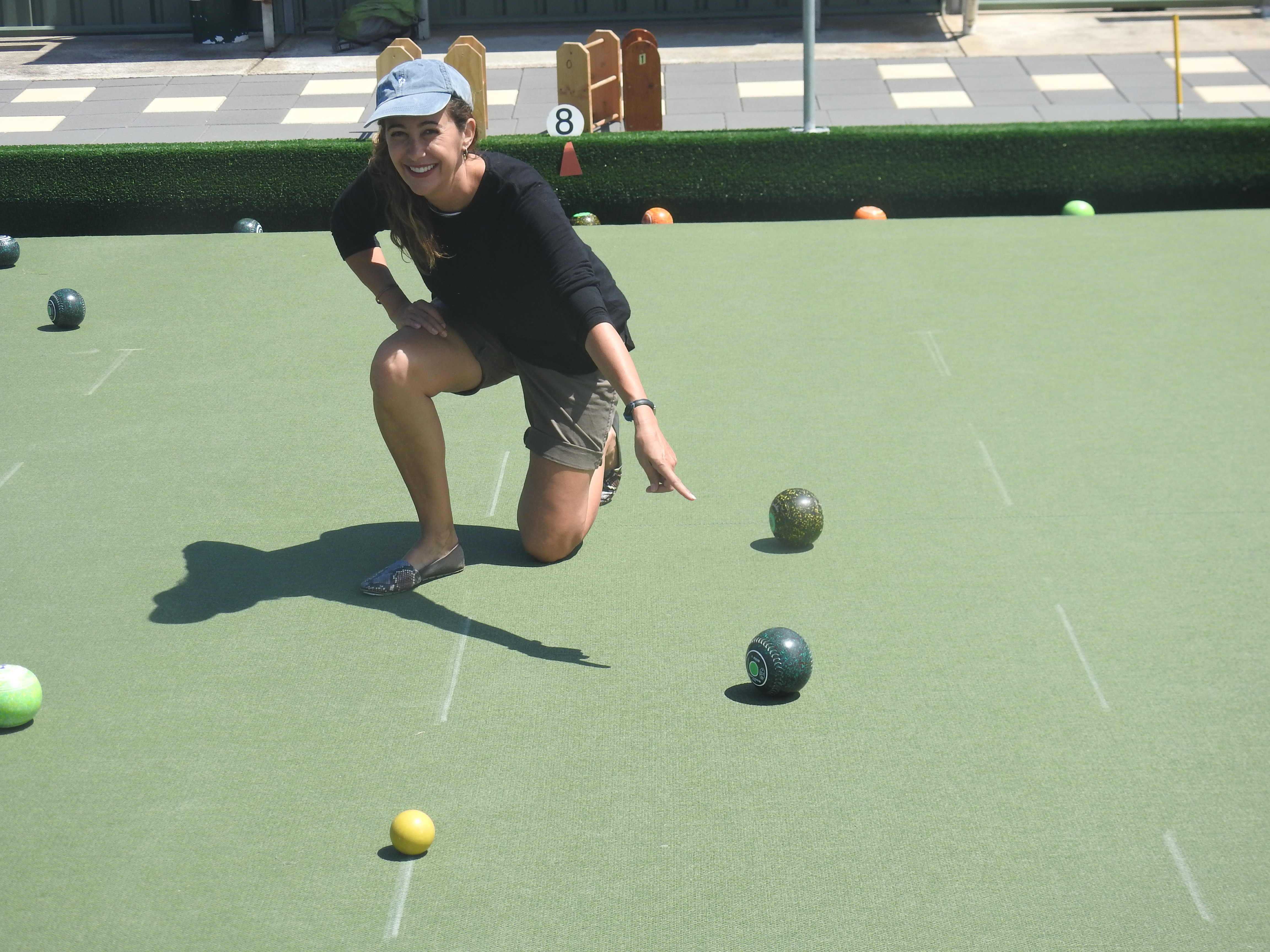 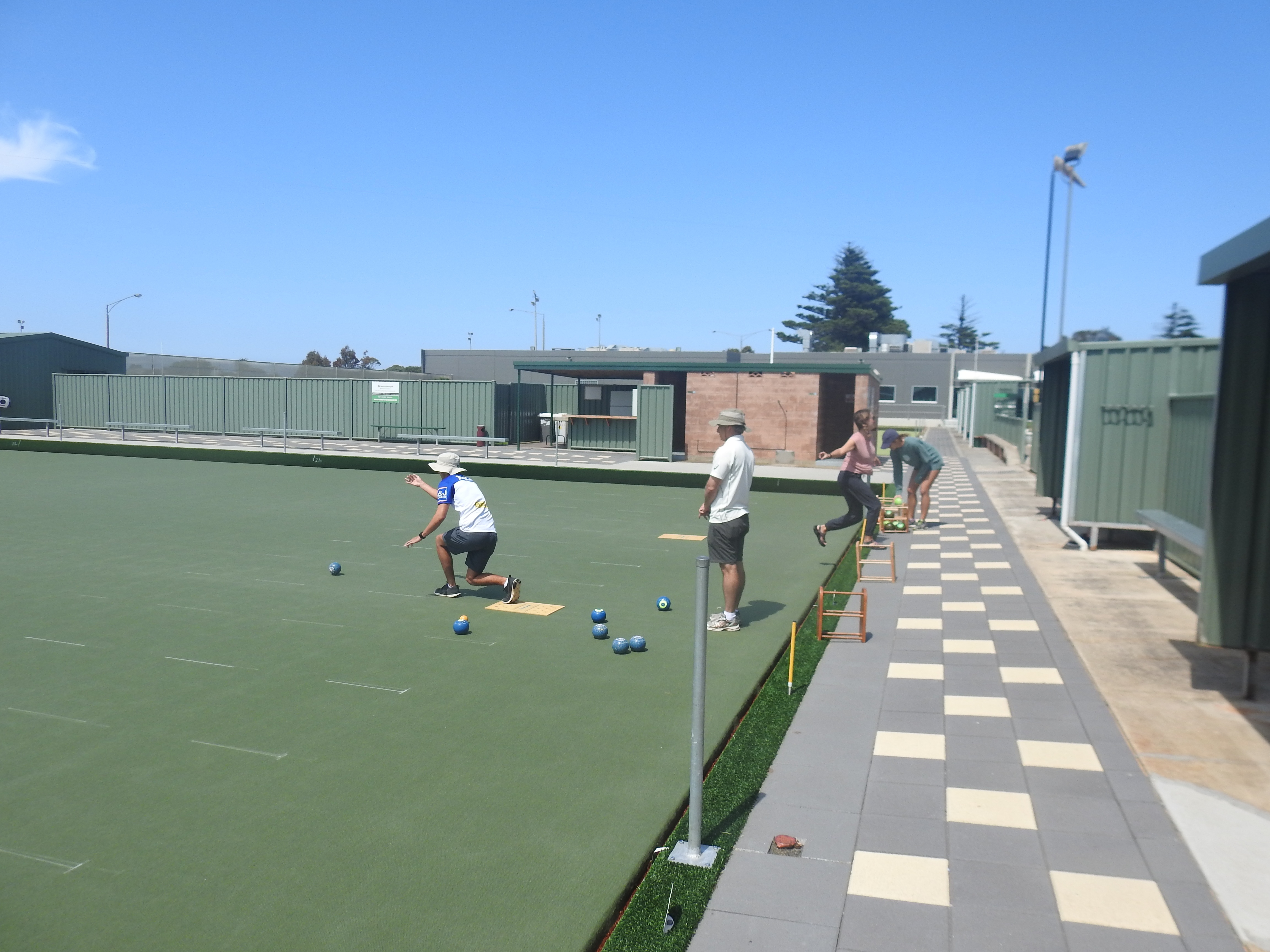 For those of you curious, Liam won two matches (5 sets of 4 balls each) and I won two (one set of 5 and one of 3). When I asked the quartet who won the match, their answer was ambiguous, as if this experience was more about fun than competition.

After playing for 90 minutes, we went to the bar to pay. While there, we learned that the entire experience was free – part of a summer promotion. We are in the busiest part of the travel season in Australia. If you were to think of the best time to have a promotion, January (the busiest travel season) would be at the bottom of the list. But for reasons I cannot comprehend, we bowled for free.

As I have said, the Aussies are like misplaced Texans, rough around the edges but wonderfully generous.

We enjoyed ourselves so much that Susie and I started to talk about building a bowling site at camp. The kids quickly set us straight. This would not be as much fun on Texas grass in our summer than in here with cooler weather and atroturf. Nevertheless, it now numbers among our great Aussie experiences.