A Nod to the Land of the Kiwis 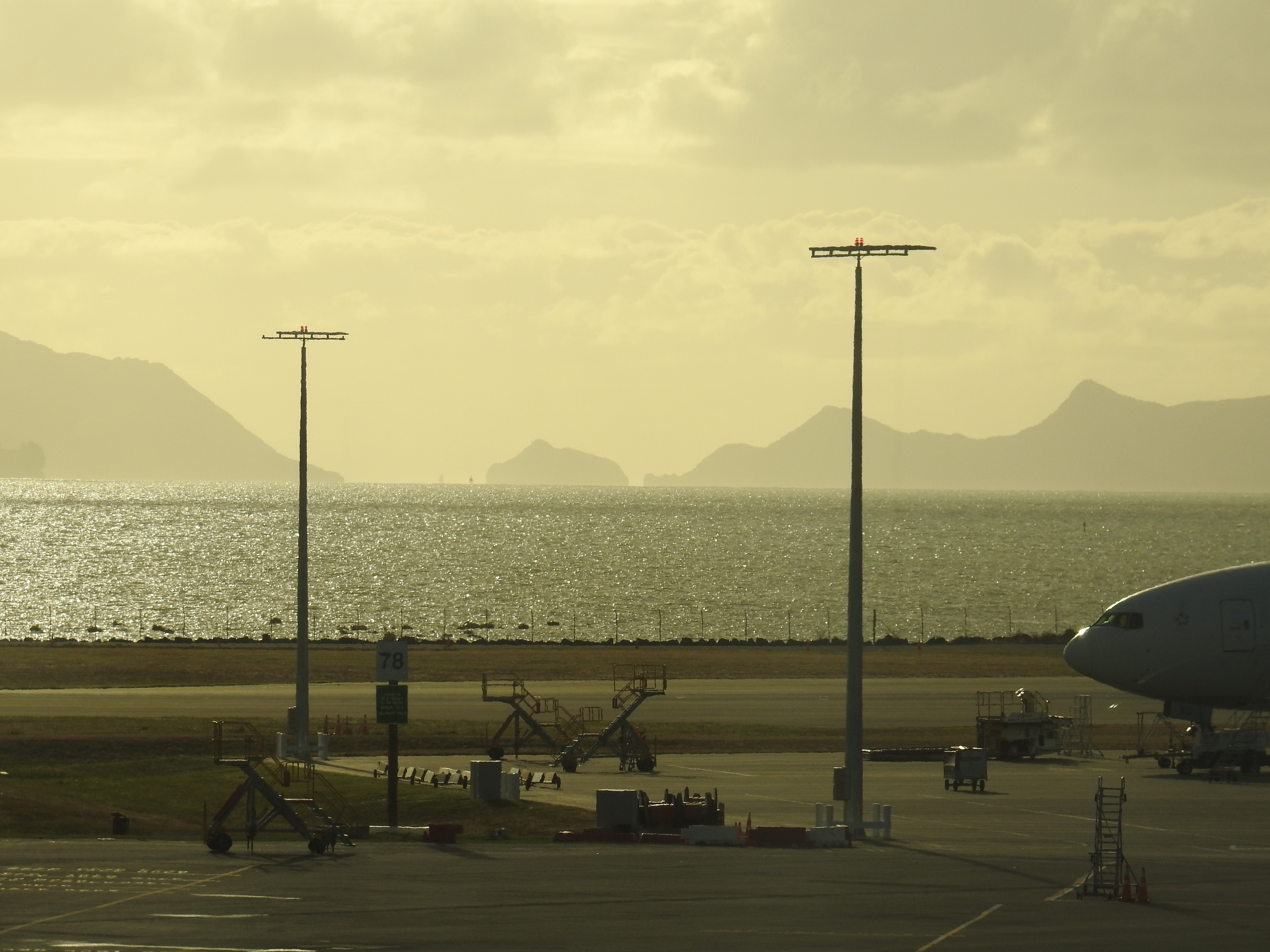 We are feeling a tad melancholy at this moment.

No, it is not because we miss Australia. I am sure that we soon will be soon miss the wonderful land of Oz (as the natives often call it), but our departure is not quite real yet.

No, our melancholy comes from the fact that we have a layover in Auckland, NZ. Put simply, our family adores New Zealand. While Australia has much to offer, its beauty is spread over an area the size of the US. In contrast, New Zealand (and the South Island in particular) features concentrated beauty.   Imagine everything beautiful in Europe – the Austrian Alps, the glaciers of Switzerland, the Norwegian fjords, the beaches of France and Spain, the Black Forest of Germany, the cliffs of Ireland and the rolling pastures of England – all crammed into Florida.

The South Island has all of that and rain forests to boot.

I must admit that my analogy is not quite right. All this beauty is not crammed into a space the size of Florida. The South Island is, in fact, 10% smaller than Florida.

As a result, you can rent a car or campervan and see two or three stunning sites before the sun goes down. In a way, it is like going to Epcot.   Just as a stroll around the lake will take you to the “greatest hits” of world culture in a short period of time, NZ does the same thing with natural beauty. [Note: NZ is better than Epcot because I have never observed large costumed mascots walking in New Zealand. Instead, they have cute, defenseless, flightless birds.]

Like the Aussies, Kiwis are terminally nice. They always have time for a chat, to give advice or lend a hand. But since their culture is even more isolated than Australia, there is very little tourist fatigue here. [Note: a recent story might indicate a change in this trend. Apparently, the number of tourists from Asia has exploded in recent years as countries like Thailand, China, India and Vietnam have developed middle classes that want to travel. So far, so good. Unfortunately, it has led to a cultural difference that has resulted in some hostility. These tourists are accustomed to countries with incredibly high population density. Driving in Ho Chi Ming City or Beijing can be an exercise in mass frustration with traffic jams starting at 5AM and lending around midnight.

Suddenly, these citizens find themselves in a place so devoid of humanity that you can drive for an hour and not see another soul. There are around 1 million people in the South Island. Shanghai has 25 million. I find it hard to wrap my mind around the difference in these numbers. Basically, Shanghai is 300 times more dense than the South Island.

Also, the South Island (as previously noted) is full of beauty, much of it surprising you as you turn a corner.

The low population density coupled with the high beauty density has led to an odd trend – tourist leaving their cars parked in the middle of a highway (still running) while the driver and other occupants leave to take a picture. Since many roads become single lane and none are wider than two lanes, this has a seriously deleterious affect on traffic flow. Some natives have taken a ruthless approach to this trend.

The take the keys out of the rental car and drive off, leaving the tourists next to a now hopelessly non-mobile automobile.

We, however, have never had anything but pleasant interactions here.]

So as we flew in, we went over beautiful shorelines and bucolic pastures.

Even the airport sports a great view.

So we bought a few souvenirs while in the Auckland International Airport.

And we have been sighing.

PS I leave you with a fun picture from 5 years ago in Queenstown in the South Island. 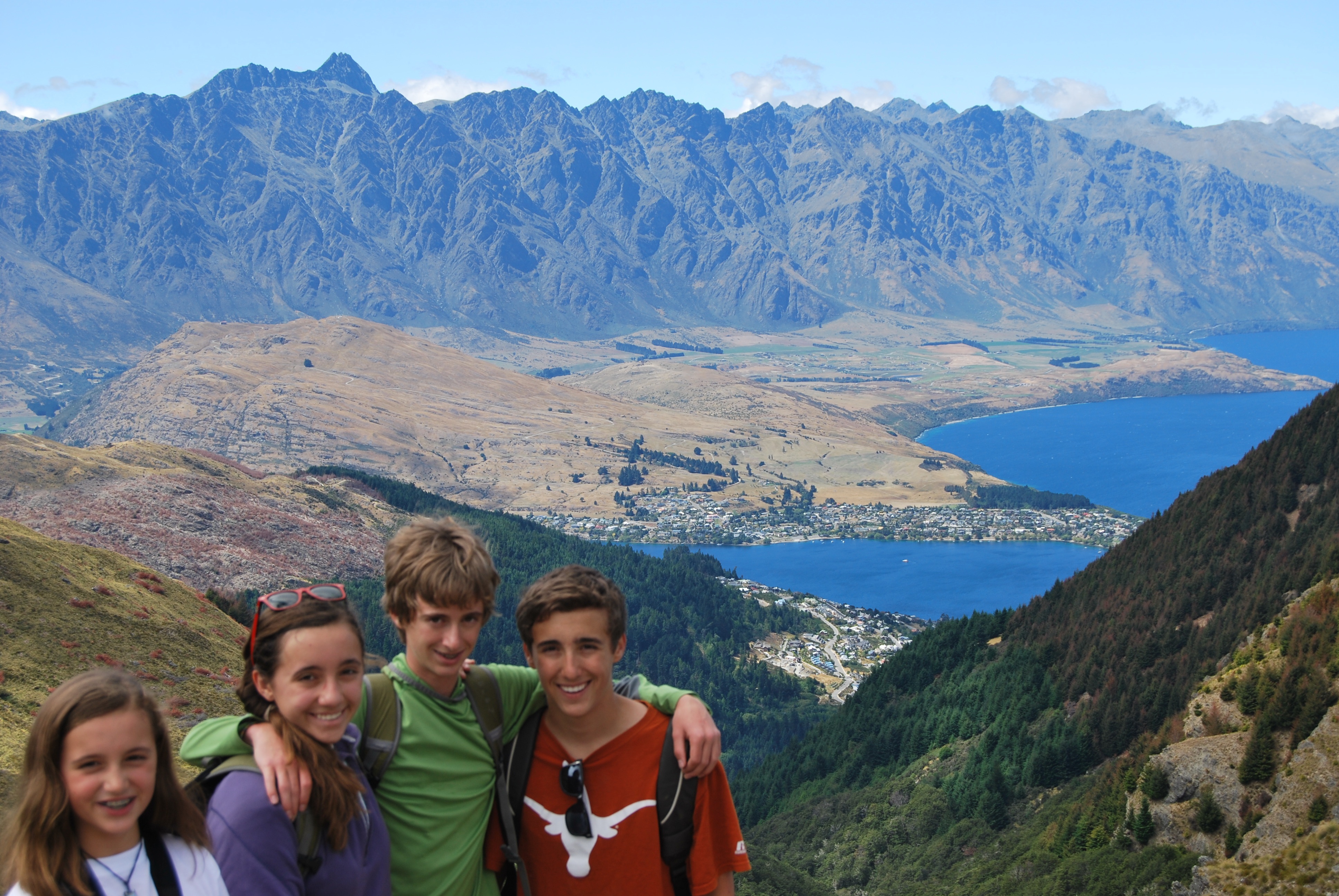