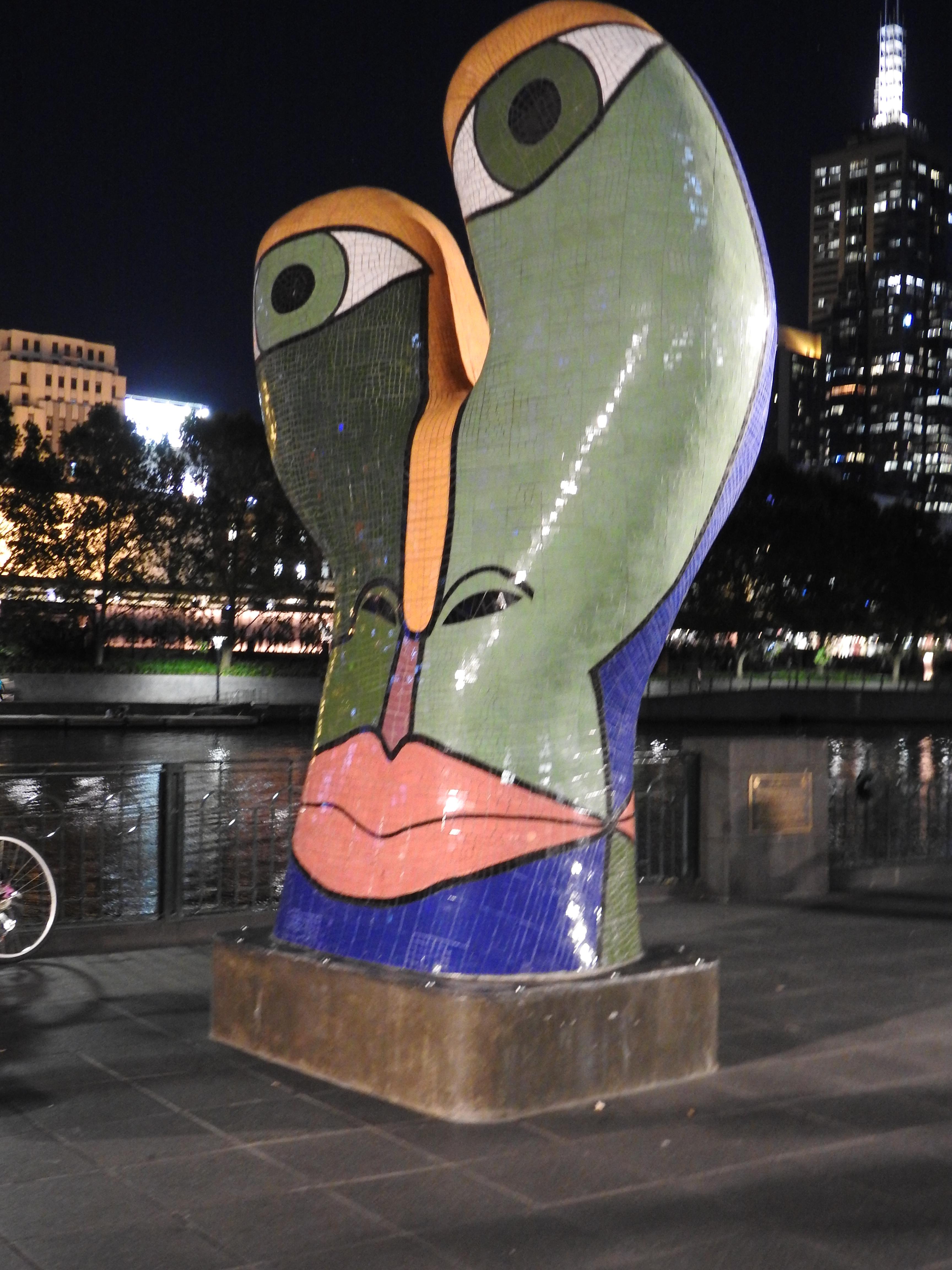 As we arrived at the counselor Camp Fair, Susie and I noted that we have never been to a counselor recruiting fair before. We have more applicants for Camp Champions than we can hire, so we have typically have not gone to job fairs.

About 4 years ago, Leah Ma’am started to attend one in London. She did so not because we needed more counselors, but because we wanted to add some variety – some spice – to our staff. The next year in London, we had the most people wanting to work for us than any of the other 130 camps at that fair. Our returning counselors raved about our community and our commitment to the kids, thus intriguing their friends and classmates. Leah added Scotland the next year and we now have similar success there.

Susie and I have always enjoyed the Kiwis and Aussies that we have met, but we have been reluctant to hire them without interviewing them in person. One reason for this is our non-drinking policy. As you may know, we ask our counselors (and our entire staff including Susie and myself) to agree to an alcohol-free summer. We are not prohibitionists, but we have found that this rule does a wonderful job of sorting out the counselors who are passionate about impacting children from the ones that just want a “fun” summer. [Note: I like to say that I would not have hired myself as a Freshman in college, but I would have hired myself as a Junior or Senior.]

This rule has kept us from hiring people from other continents unless we can talk with them in person. If a Houstonian breaks our rule and we fire him, he can be home that afternoon and have another job the next day. Someone from Scotland or Australia would have to book an expensive flight home (their visa becomes void if they are fired) and end their adventure in the states. We would hate to do that to someone, so we want (in the spirit of fairness) to let them know that this is a true standards that we do not compromise on.

So when we planned to be in Australia, we scheduled our travels around the camp fair here. We want to add Australia to the list of countries that send us excellent counselors and thought we would be able to do that.

We, however, had a strategic advantage. While most camps had 1-2 interviewers, we had our whole family. Also, having owners (Susie and Steve) and counselors (Liam, Wiley and Terrill) and a camper (Virginia) all share their perspective on the Champions experience helped us recruit the counselors we wanted.

We hired 5 people. Everyone of them accepted our offers on the spot. Every other camp had people pass or at least interview with other camps. But I think they could see how much our kids love camp and their youthful enthusiasm was contagious. 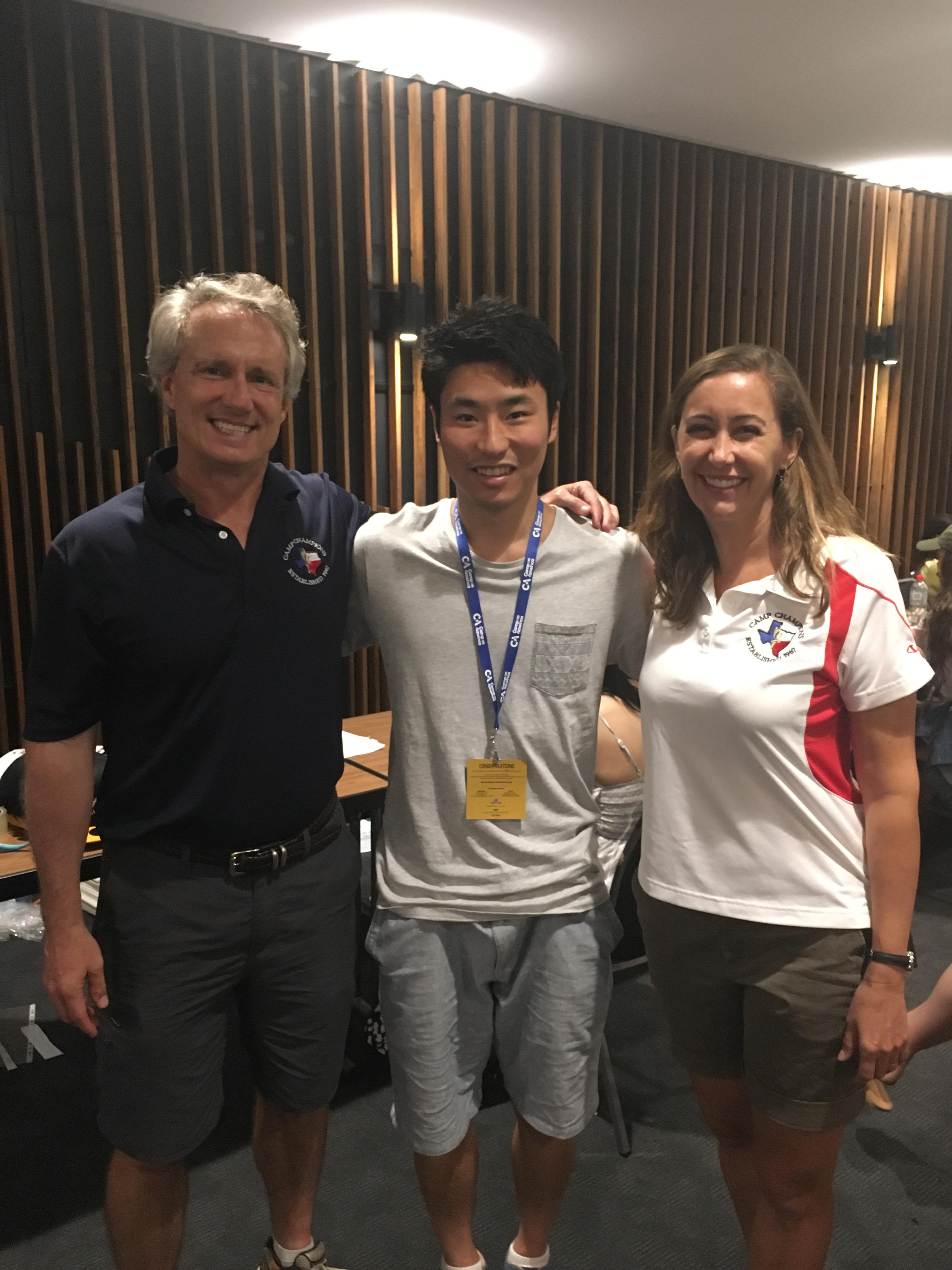 This is So, who sports a great Aussie accent but also speaks Japanese. He is one of our 5 stars.

Terrill also commented on the value of her experience. “I know that someday I will need to interview for a job. Being the interviewer helps me better understand what answers and body language are effective. I had fun, but I also learned a lot.”

So we are back in our shoebox sized AirBNB and packing for our 18-hour trip to Buenos Aires.

I must say that we feel like we are leaving a second home. Susie made an observation that initially surprised me. Our stay in Australia has been the longest in any country other than the US. We have been here almost a month.   Also, the hospitality of the Aussies (particularly the mates in Sydney) helped make us feel like we have come to a place that we belong in.

Here are a few indicators of how much we feel like Aussies:

Susie also takes for granted that we can understand the language. Every other place we have traveled to has been to non-English countries. This is important not only because it is easier to order food, get directions or understand signage. It is also odd to pick up snippets of conversations as people walk by. In the other countries, language represented a barrier between us and the natives. Even when they are lovely and hospitable, we are not part of their world. Here, like in the US, we feel somewhat interwoven into the people on the streets or in elevators. That will end tomorrow.

Or, at least, it will end for Susie and me. The kids all speak Spanish. I suspect that they will relish being more informed and comfortable than we will be.

PS I will toss in a few cool examples of Melbourne architecture for fun. 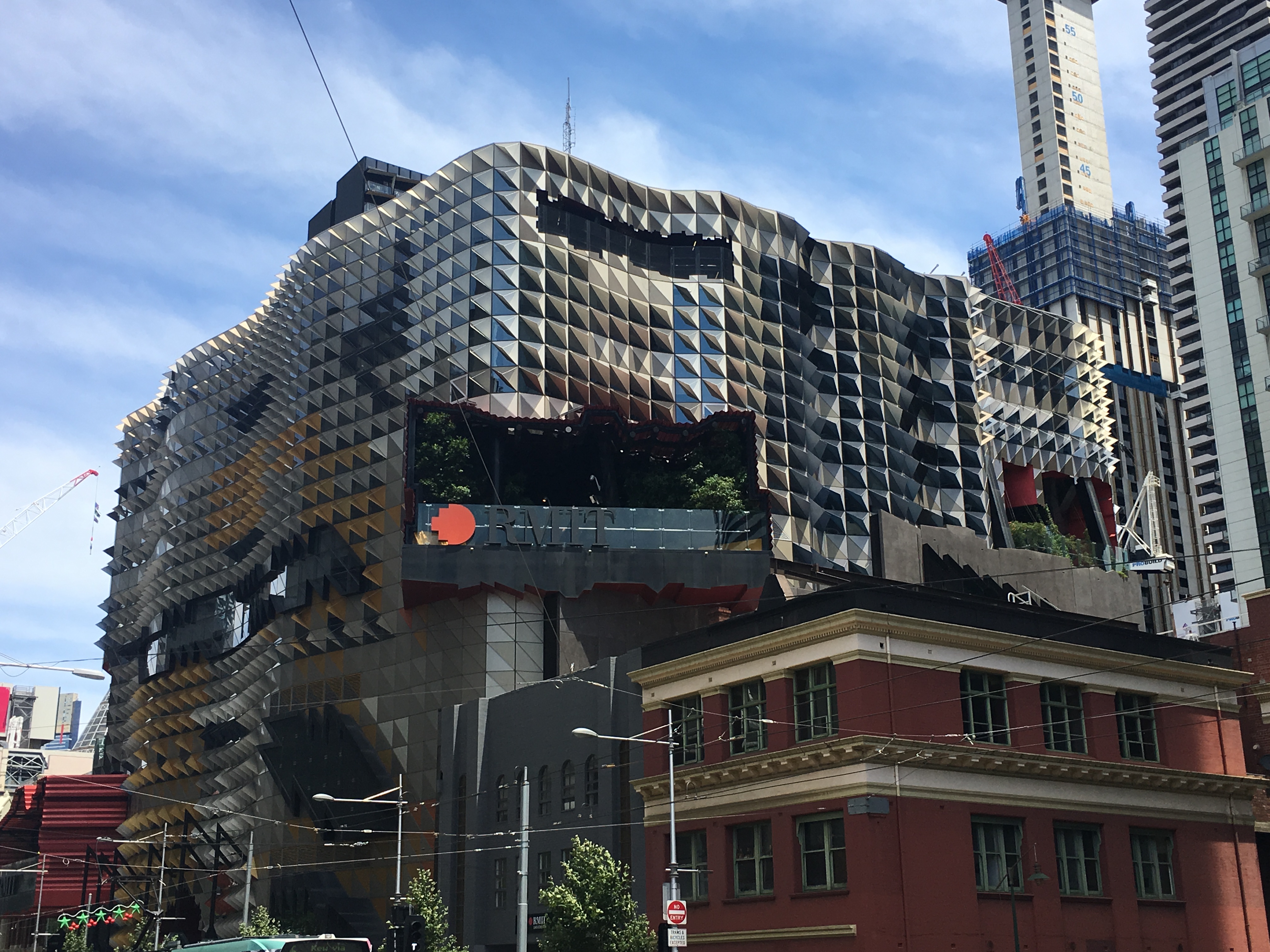 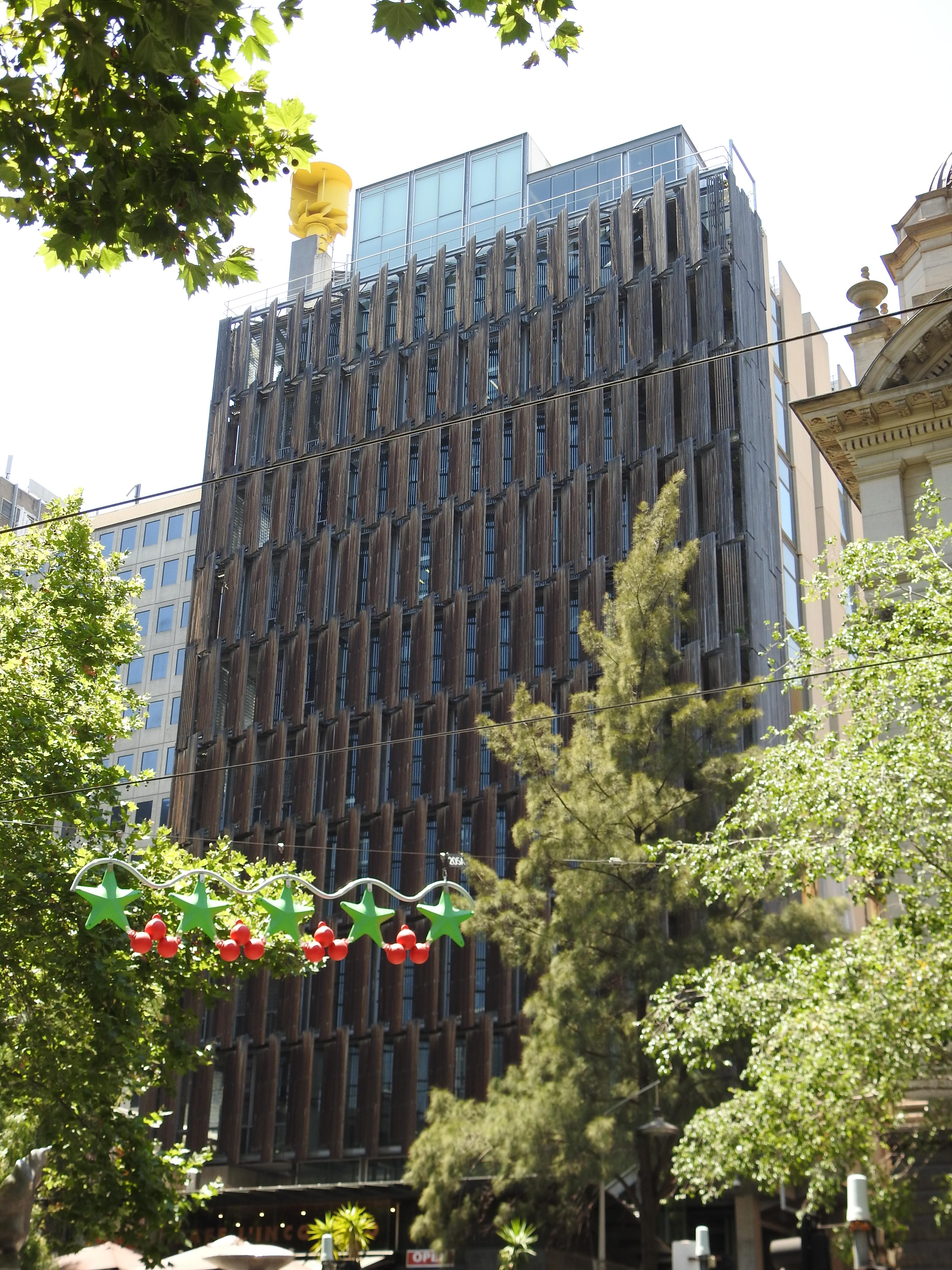 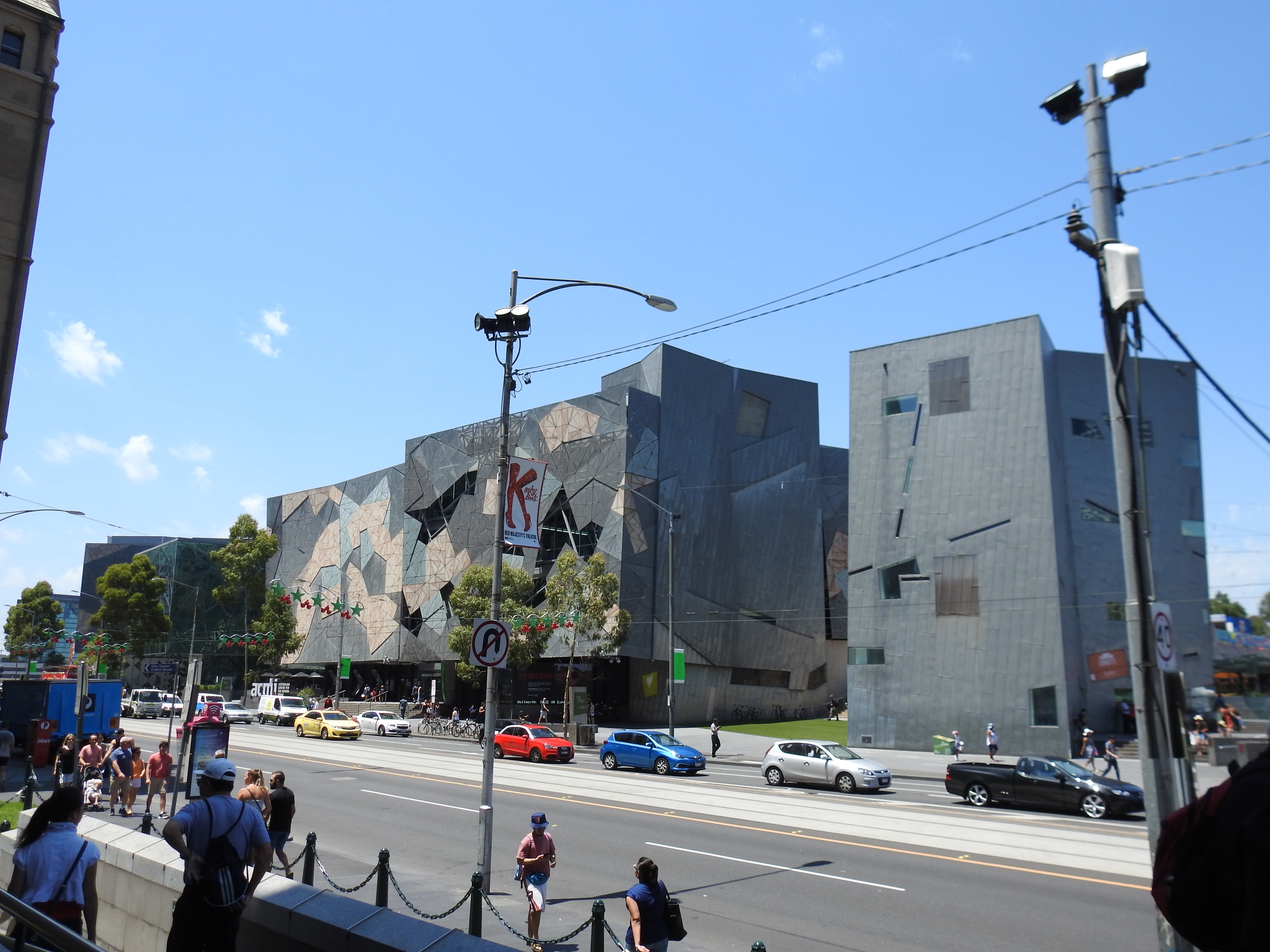 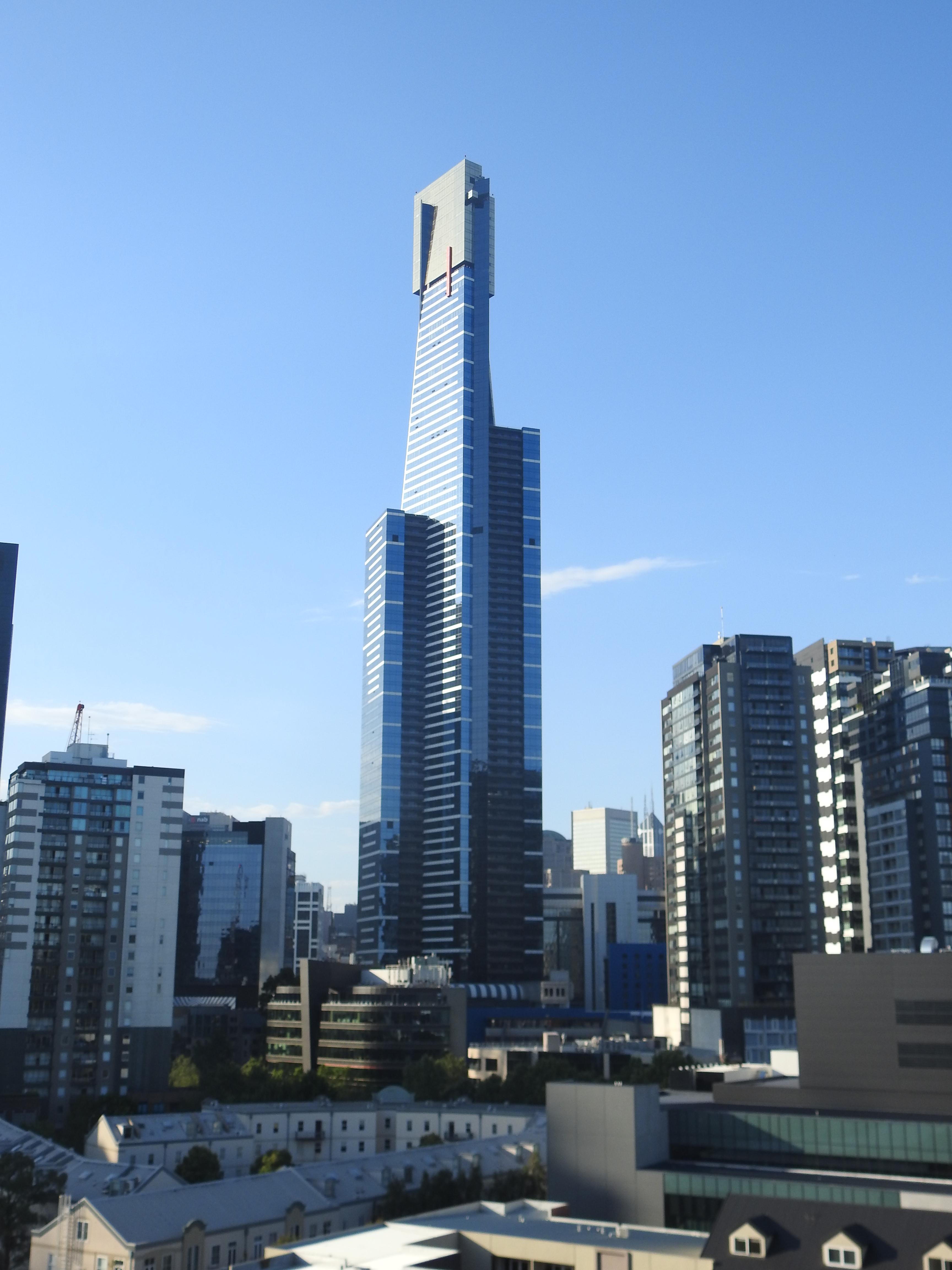 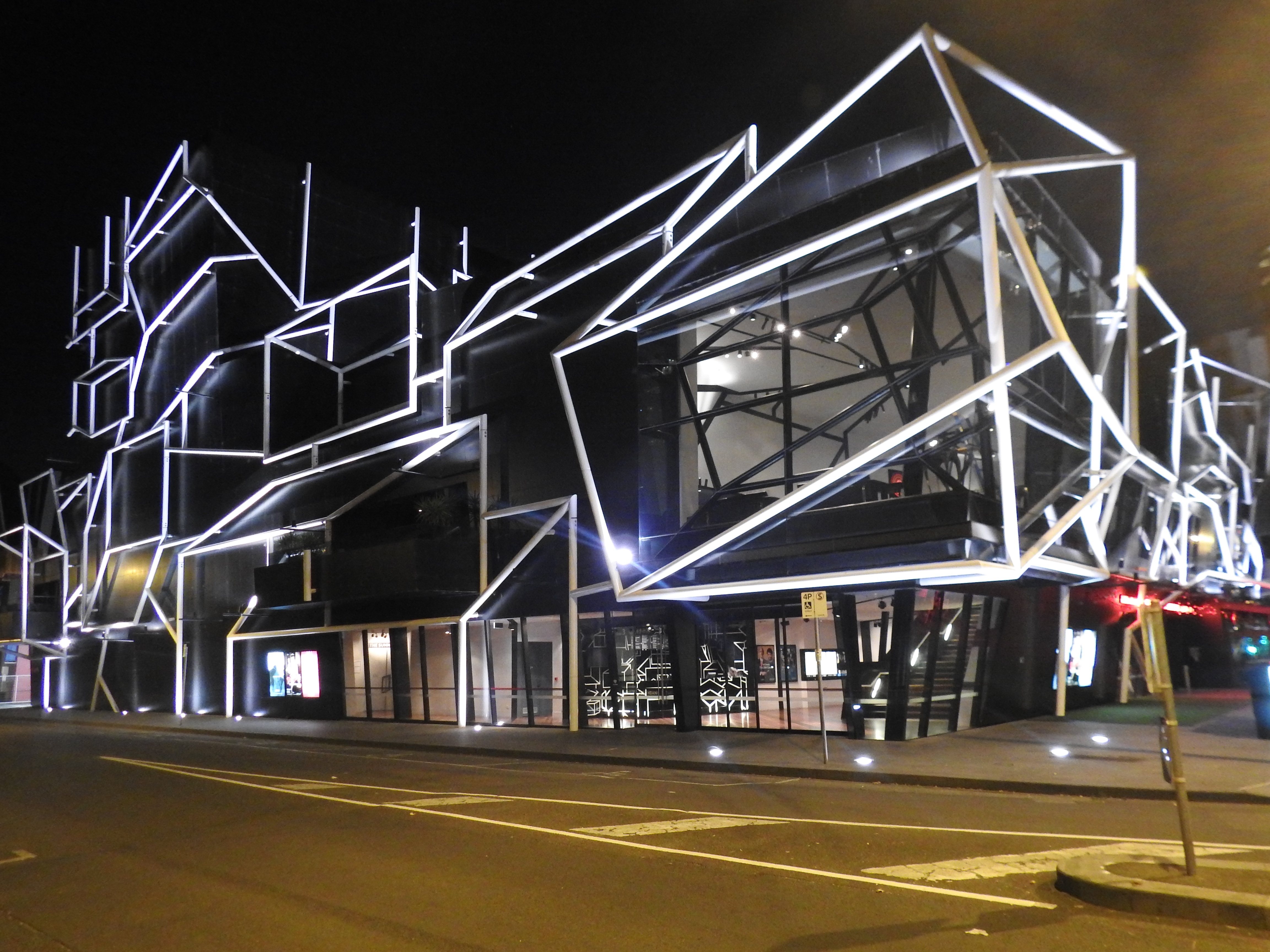 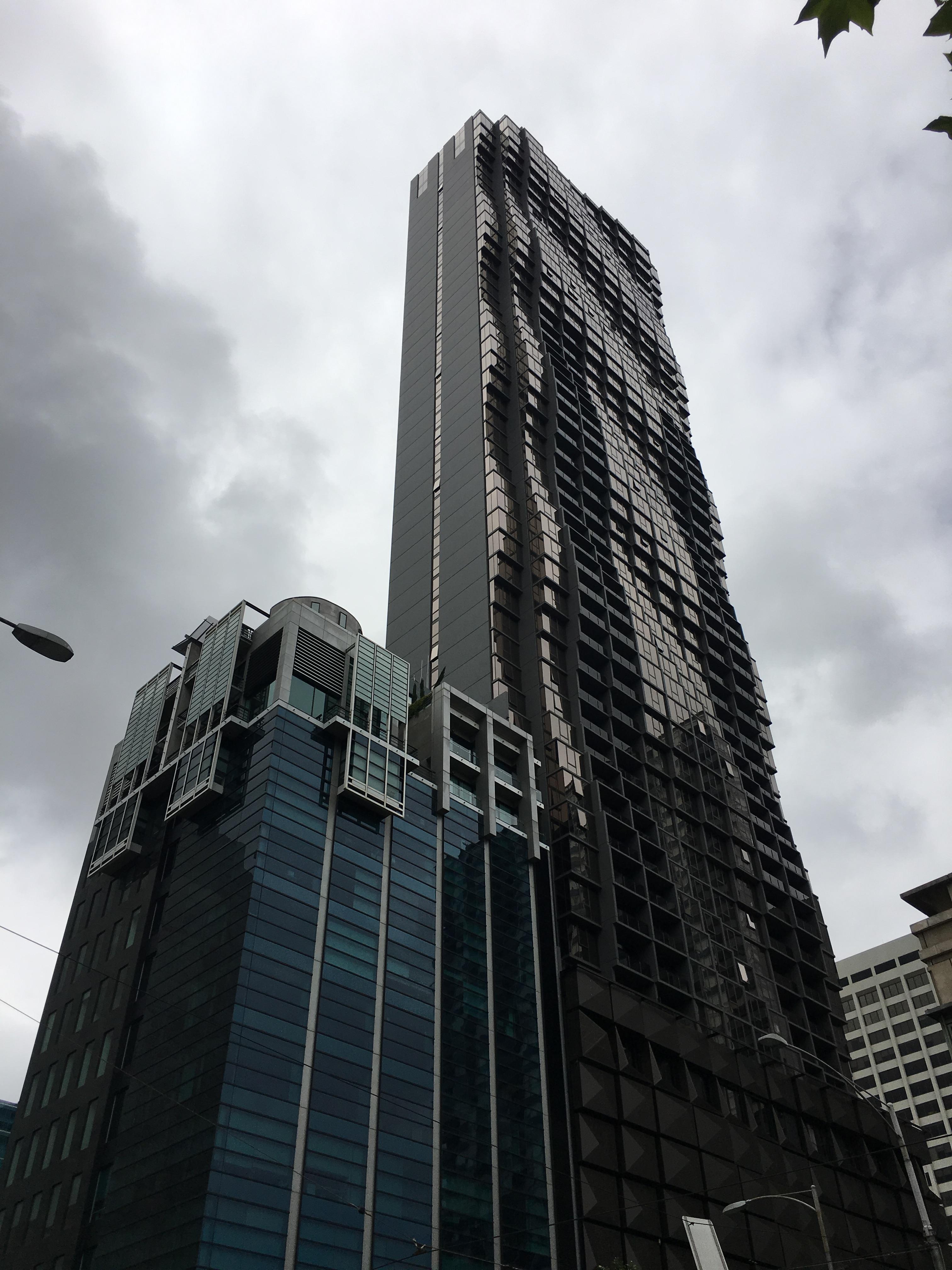 PPS And I share this safety tip.  I think they want us to avoid skateboarding rhinos - dang, this IS a dangerous counrty! 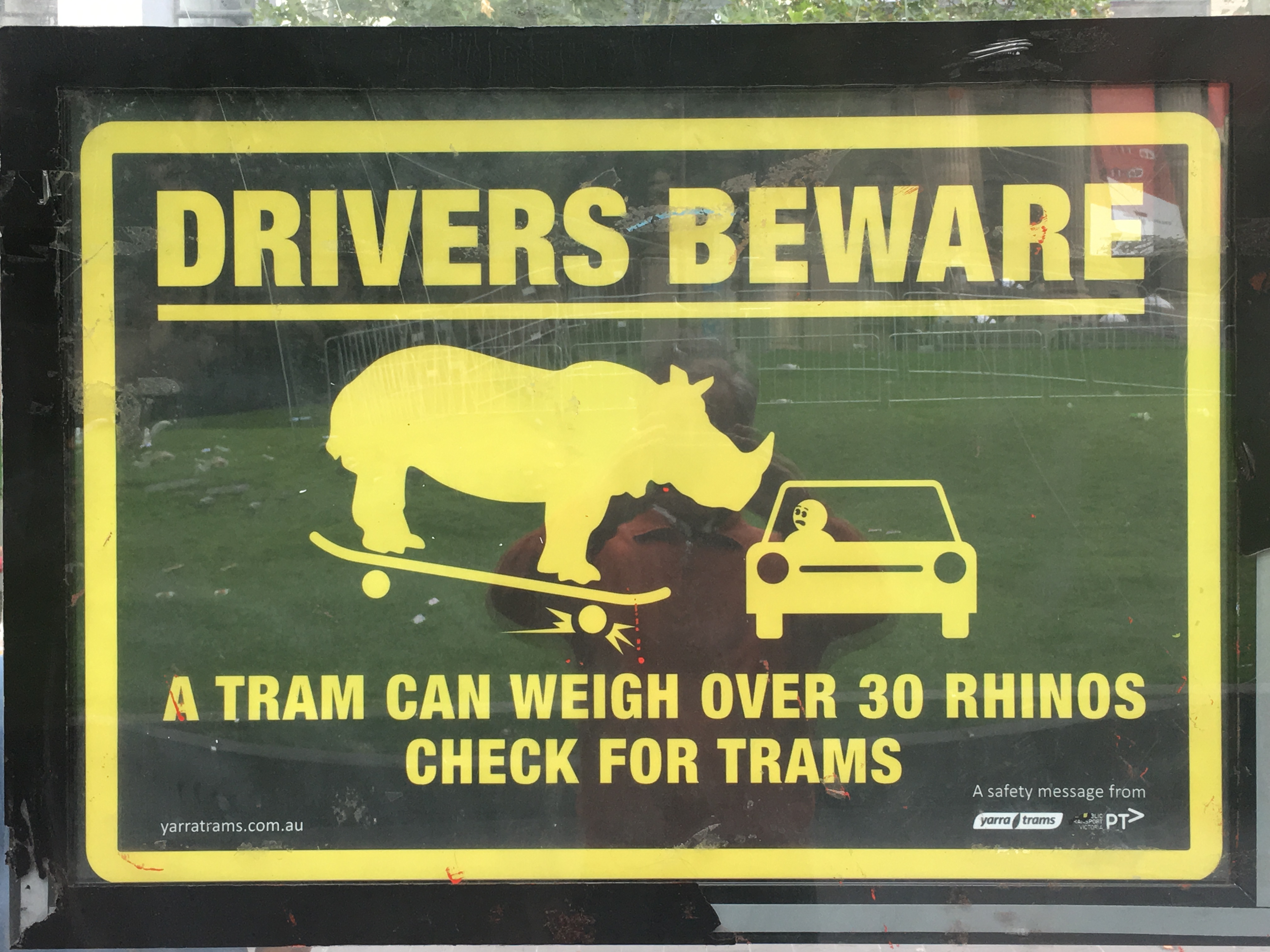