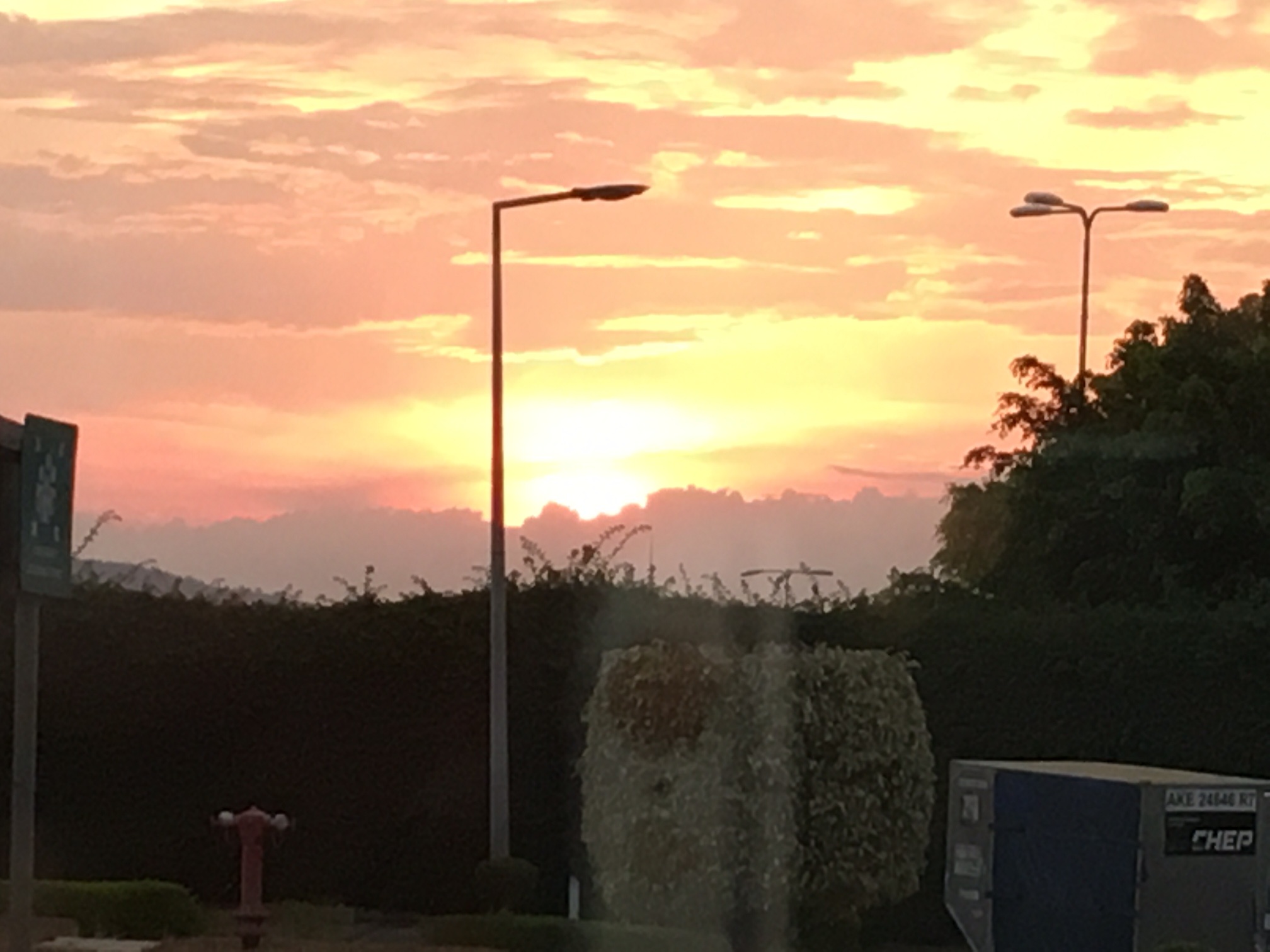 After I wrote the article about Rwandan security, I thought our travails had ended.  Relieved, I took this picture of the sunset from the Kigali, Rwanda airport.  Our toubles were behind us.

In retrospect, I was horribly optimistic. Admittedly, this was the optimism of a man that was boarding the first of two flights (totally 5 hours) at 7:30PM who simply could not fathom any additional challenges. We were on a plane heading to the most developed of African countries, South Africa.

I was sure we were OK, even if I was temporarily without my Pocket Monkey.

Surely, we had experienced enough excitement.

The kids were tired, all looking like they had taken a bullet. 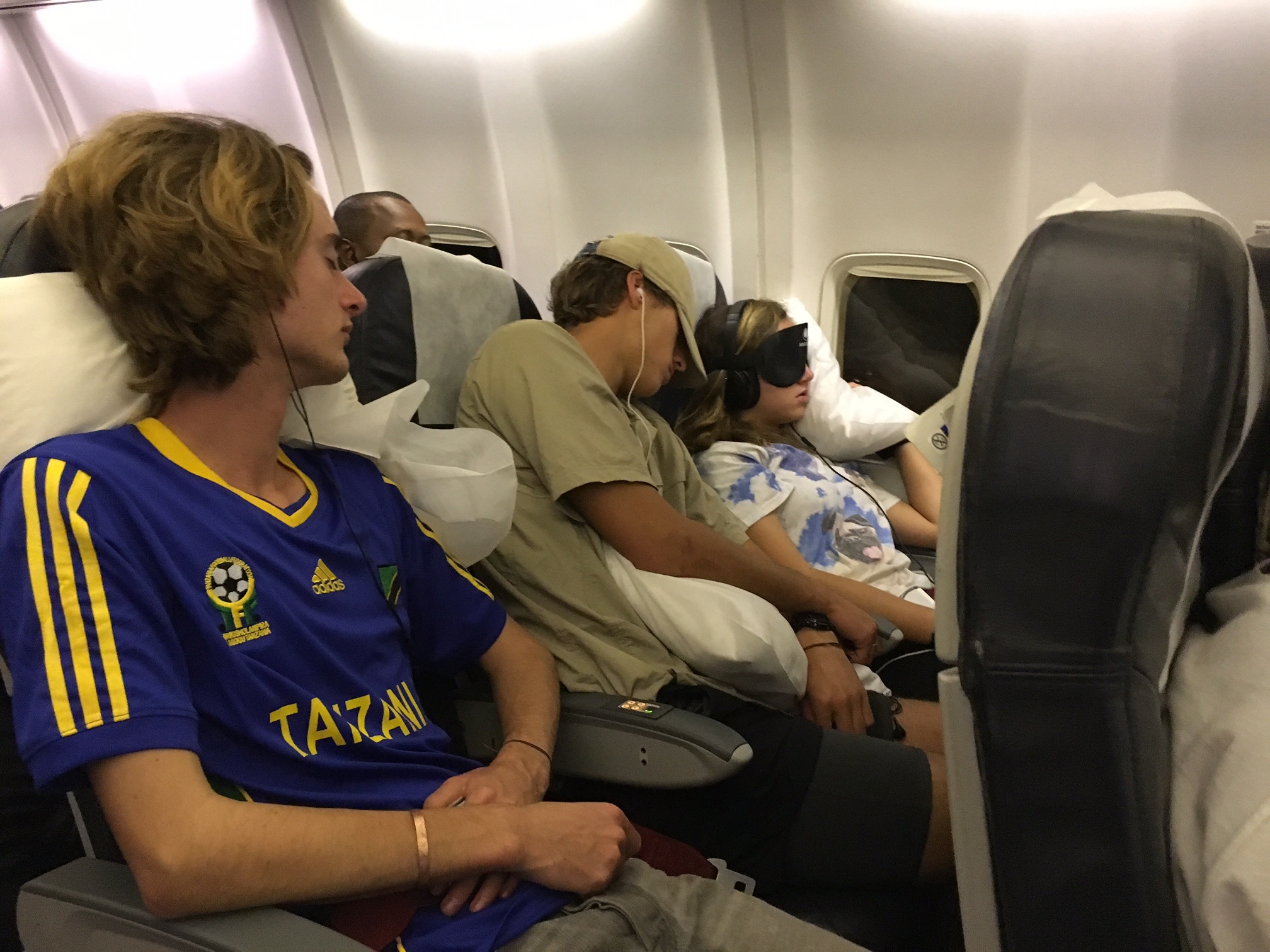 But the flight itself would be a tad weird. For example, we had a 2 hour and 20 minute flight to Zambia for a short layover. Plenty of time for a 95-minute, highly-suspenseful movie, unless you decide to 90 minutes to hit “play”.

That would be the decision they made.

But they did serve a nice meal, so we had that going for us.

We landed in Zambia for a 40 minutes layover. The next to Johannesburg would be 90 minutes long. Plenty of time to finish that movie, right?

Nope, the next flight did not finish the movie, but it did inexplicably serve a second meal.

Who serves a meal on a 90-minute flight?

So we land; exhausted, stuffed with food and deeply concerned about whether the little boy in the movie would survive the trip.

But we knew that we had a free shuttle waiting for us to drive us to our hotel. Check that. We learned moments before take-off that our airport shuttle was not a free, 5-minute ride, but a $105, 30-minute drive. By the way, they would like that in South African Rand and not dollars, so we would need to find an ATM after midnight.

After landing, we sped off the plane and endeavored to be among the first to clear passport control. We are good at this and were at the front of the line.

Being at the front of the line is generally really cool. It feels cool when your first son clears the booths. It is still cool when you older daughter clears as well.

It, however, is naught but a hollow victory when you wife stares at you with an ashen expression. I mean the type of ashen expression that comes with news like “your child has pneumonia” or “the Astros are switching to the American League”. Susie then waved me over.

I walked up and heard a sentence I did not expect.

There are statements that you never expect to hear.

There are statements that you never want to hear.

There are statements that seem so unlikely that they would never enter the realm of possibilities.

This one utterance was all three.

“We need her birth certificate,” the South African official declared.

“But here is her passport,” we cheerfully retorted.

“Yes, but we need the birth certificate.”

Apparently, the South African government passed a law that says that no minor can enter the country without a birth certificate.

We were stunned. The airline did not say anything. Nothing we read suggested this would be a problem. We have asked many people here if they have heard of this law. We still have not met anyone who knows about it.

Sorry, we did meet a few. They were the ones deciding if we could pass through passport control. That made them the really important ones.

I resisted assuring them that she had, in fact been born. While I suspected that this comment would be received as unnecessarily sarcastic, I could not fathom what a birth certificate proves that a Passport does not.

I missed the one answer – the progeny of the parents.

Clearly, some parent had taken a child into or out of South Africa without notifying the other biological parent. We like to call this “kidnapping”.

The fact that Virginia was able to promise that we are both the real parents did nothing to assuage them. Clearly, we were suffering from Susie’s deceptive youth – she simply looked too young to be married to me. I choose to believe that the passport control people simply assumed that Susie was like a trophy wife and we were taking Virginia into S Africa without her REAL mom’s knowledge.

In any event, we got the rare pleasure of watching every other soul form our flight pass though, get their luggage and clear customs.

In all seriousness, I was devising a plan that involved the boys pulling Virginia’s and my sleeping bag from the our luggage, tossing it back to us and offering to sleep right there next to passport control.

We were not aggressive or unpleasant. I simply wanted them to contemplate the inconvenience of having us camp out outside the passport area for several days.

Eventually, we achieve a resolution. We were getting our camp team to find the birth certificate and text it to us, but this was taking a lot of time.

The resolution came as a result of a simple fact; it was almost 1 AM. If they stopped us, there was paperwork and hassle in their immediate future. Also, we did not exactly create the most threatening of presences. Our spirits had been snapped like dried twigs. They knew it. They could be precise and obey the law, but they would also be there a LOT longer.

They let us through.

I am delighted to report that Virginia is now an illegal immigrant in South Africa, so she has that going for her.  Here is the face of a criminal: 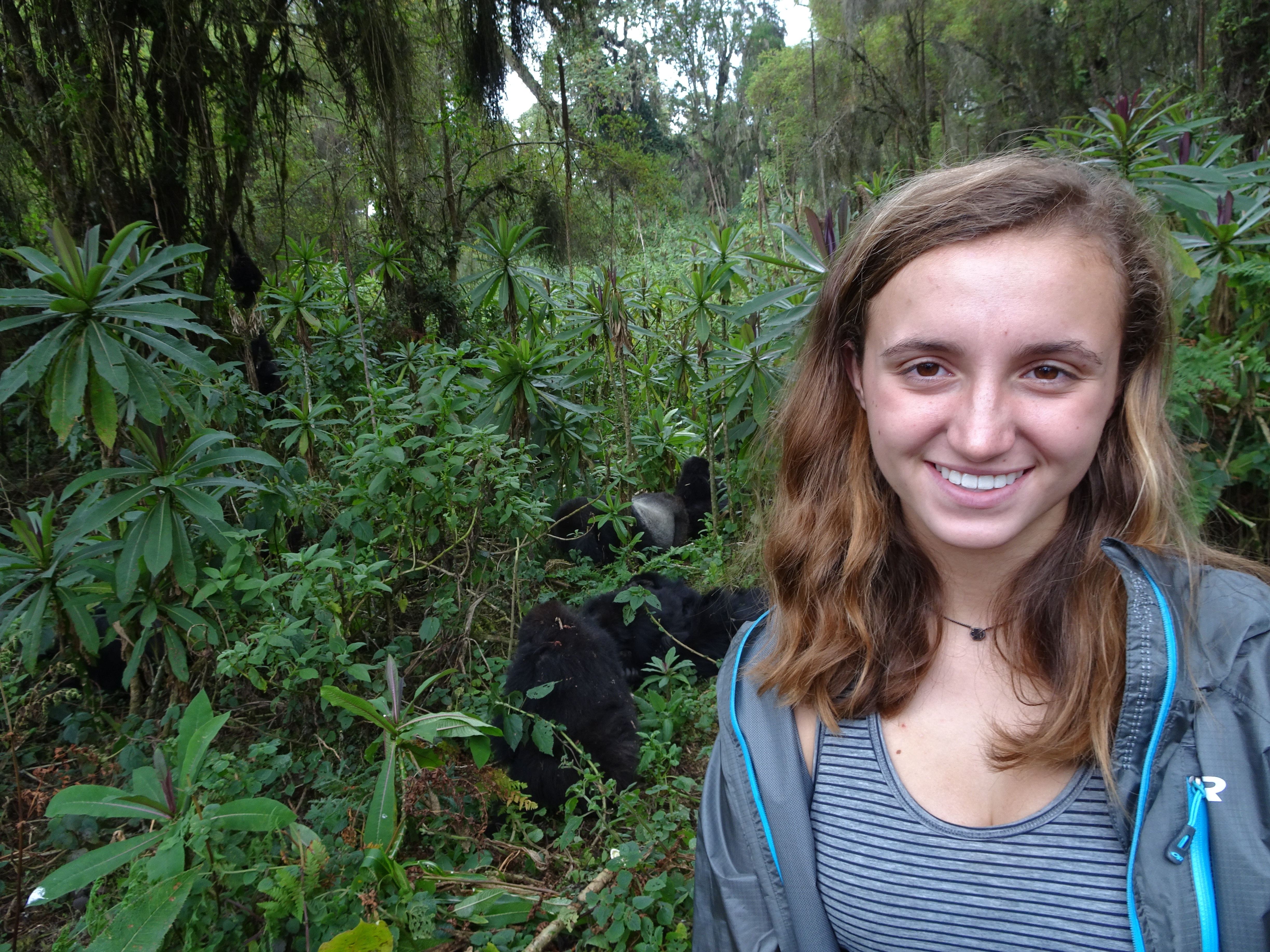