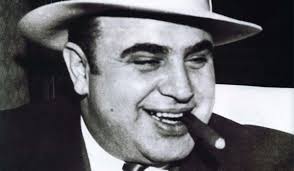 With the US elections coming up, Walter asked a lot of questions about our politics. We made a deal with him that we would answer his questions if he would tell us about Tanzanian politics.

After many, many discussions, I have come to two conclusions.

First, Tanzania is like Chicago in the 1930’s. Until the recent president, corruption and graft were rampant. Despite making animal conservation (and the tourism it brings) a priority, poaching of elephants continued. What was good for Tanzania was often lost in piles of large bills handed to well-placed politicians.

Also, despite spending a fair amount to develop an airline, the only result was a grounded 747 and a few people driving Mercedes.

Whenever someone got arrested for poaching or corruption, a friendly judge would arrange an acquittal or a suspended sentence.

It felt like the government worked for the criminal element. I could almost picture Al Capone, except wearing Maasai attire. [Note: take a moment to create this mental picture in your mind. It is quite amusing.]

The ruling party lost power years ago when all the rival parties united to create a new government,. These leaders knew they needed to do something radical.

They looked internally to find an attractive option to offer the people. Within their ranks was a man who had a sterling reputation as a person of honor, John Magufuli. According to Walter, he did not seek this nomination, but instead was persuaded that he was needed.

He ran and he won.

The next part of the story reminds me of the movie “Becket”. In this movie, Henry II decides to address his rivalry with the Catholic Church by appointing his best friend, Thomas Becket, as the Archbishop of Canterbury.

This appointment did not have the desired effect.

While Becket was a great friend and loyal subject, he was also a devout Catholic. When faced with a decision to serve the Crown or the Cross, he chose the latter and became a huge thorn in Henry’s side.

This was NOT what party leaders had in mind.

In essence, Magufuli was the Elliot Ness who shaped up Chicago.

But the story of our friend Magufuli becomes more complicated when you ask other people about him. These people help us understand where Magufuli gets his nickname, “The Bulldozer”.

One of the staff at St Judes (who works for less than $100/week) shook here head. “He is terrible. He is making it impossible for foreigners to work or volunteer here.”

Someone else there told us that he does not tolerate public criticism, having arrested a person for posting a strong critique on Facebook.

Gemma (the founder of St Judes and owner of Safaris-R-Us”) bemoaned the 18% increase in tourism-related taxes. This increase went into place in August. Gemma offered to split the increase with us as it went into effect between when we booked and when we traveled.

One person was terribly frustrated, “I think he is a dictator. He wants to close all the orphanages!”   When I asked Walter about this, he gave us a thoughtful response.

In Tanzania, communities traditionally take care of orphans. Perhaps he wants to encourage the old ways. Also, orphanages and other not-for-profit corporations were used to cheat on taxes. Companies would create a not-for-profit (e.g., an orphanage) and buy cars and other highly-taxed items through these entities even though the cars were always for the for-profit entity.

Walter speculated that he is less anti-school or anti-orphanage as he is anti-corruption.

So, in summary, politics in Tanzania are like politics in the US: truth is in the eye of the beholder.

The Mystery of Tipping

We have been here almost 3 weeks and I can say one thing with certain – I have no idea how to tip here.

I do not know when.

I do not now how.

I do not know how much.

In Europe, you do not tip anyone. Not bartenders or waiters. The US (especially the big cities) is the opposite end of the continuum. We have to tip for everything. I remember arriving in New York and having a person angry because I did not tip someone for opening a door to a taxi. Once again, our nation is the world leader here. No other nation could create the bathroom attendant: an actual job where you get paid to hand paper towels out in a bathroom.

Gemma had given us some guidelines for drivers and porters, but said nothing about hotel staff or waitresses.

We were initially delighted to see a “Tip Box” at the lodges and hotels. The idea of the boxes were simple, you could make sure that all the service staff got a tip and you would not have to be handing out small tips all the time. Walter encouraged us to use them. The only problem is that awkward feeling when a nice guy has carried your backpack to your room. What do you do then? This happened a fair amount and I dreaded it all the time. Frankly, I want to encourage our kids to be self-reliant and strong. All of us carry our own luggage. Also, I rarely have small bills, leaving me the option to tip nothing or way, way too much.

Speaking of “too much”, what would you think a good tip would be?. Here are some data points. Tailors will make a custom shirt for $6. The average income in Rwanda is $700/year, or $14/week., suggesting an hourly wage south of $0.30.

But we were also paying almost-western prices for drinks and food in these nice lodges and hotels.

Our confusion reached its pinnacle at the Mountain Gorilla Lodge. A sweet, older man knocked on the door of our room.

It would become undeniably clear that “fire” was the extent of his English mastery. I was unpacking and Susie was washing clothes in the bathroom sink. While our fire master was working on the fire, Susie asks me to check in on the kids who were in different rooms.

She thought I had tipped him. I thought that she would.

OK, OK, we know about the Tip Box, but this guy really seemed like a little bit would go a long way. Also, there was a palpable kindness about him that we both connected with.

We had to set things right.

Fifteen minutes later, Virginia was in the room. Susie and I were both bemoaning our failure to help this man when we saw someone walking outside our on the path he had left by.

We quickly pulled together $3 of Rwandan Shillings.

“Virginia, please quickly go give this to that man.”

“Please, sweetheart? We are feeling guilty. Can you help us?”

With only a slight eye-roll, she was off. She disappeared from our sight. Two minutes later, she walked back in. Her eyes shot darts into us.

“I ran up to him. He seemed confused to have a person dash toward. I smiled, offered him the money and said ‘thank you for the fire’.”

“The fire you made for my parents.”

Understandably flustered, Virginia handed him the 2000 shillings and said, “Thank you anyway.”

Do not worry, we managed to tip the right guy when he returned later that evening.

Oh, and we are not enlisting Virginia’s help for tip distribution any time soon. I am not sure I can survive the resulting eye-roll.