Driving in Soweto, or What was I Thinking? 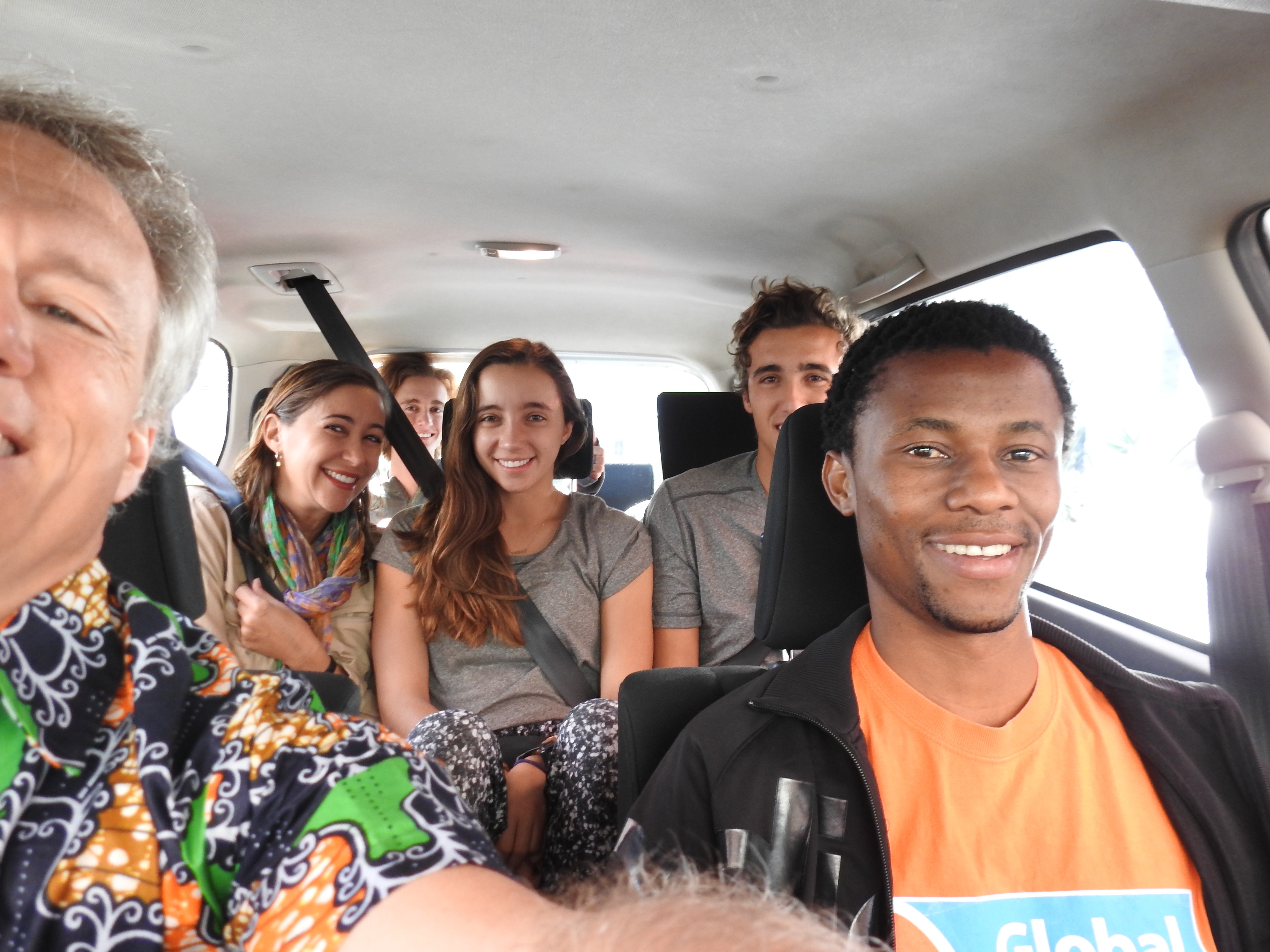 Some experiences test the true mettle of a man.

Driving in Soweto is one such experience.

In the US, governments and municipalities paint lines down the middle of highways and roads to create “lanes”.  Civilized people keep their cars in these “lanes” to provide a safe and orderly driving experience.

The fine folks of Soweto do not allow themselves to be constrained by such limiting conventions. I am not saying that the roads have no stripes. They do, but I can only assume that they are there for an aesthetic reason, because it seems to have no bearing on car positioning or even car direction.

I have been the Baskin Family chauffeur in South Africa. In Joburg, this has meant I am driving this Toyota. 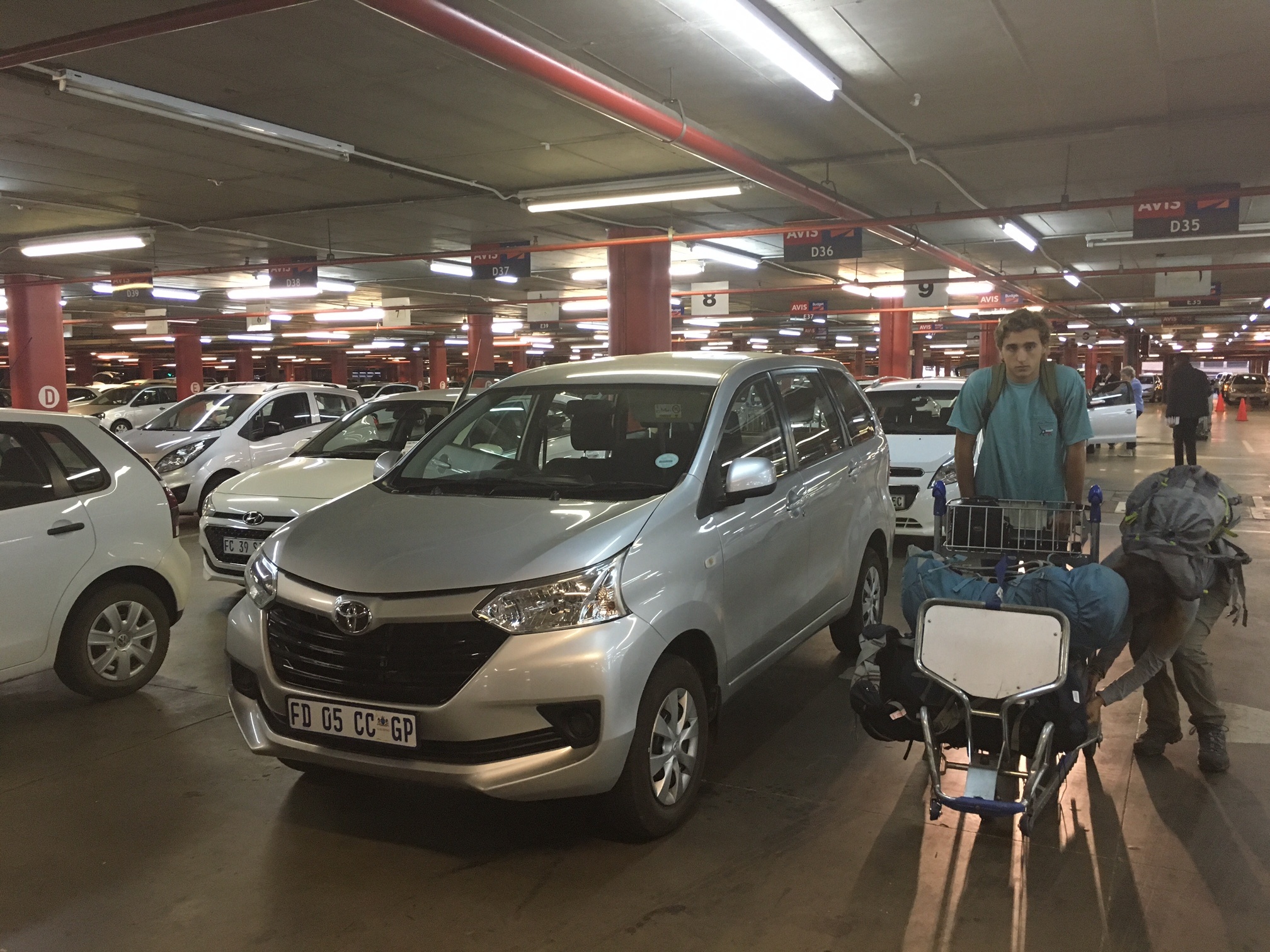 This Toyota “SUV” is a standard, which is not a problem for me in general. The challenge here is the fact that the gear shift is on my left because the steering wheel is on the right.

There are some things that become second nature to us. Manners are a good example. If someone extendshis or her right hand, you shake it. If they wave, you wave back. “How are you doing?” Elicits a polite “Fine, how about you?”

You do not think about these things, you just do them reflexively.

When was the last time you thought about the side of the road you drive on?

That is until I became the South African driver. Now I find myself gripping the wheel saying “stay left, stay left” frequently. Driving on the opposite side of the road creates a baseline of excitement for any drive, since there remains some chance I will revert to old habits.

But let’s now make the car a standard. [Note: that also means that the turn indicator and the windshield wipers are on opposite sides as the US as well, providing my children with frequent opportunities to do one of their favorite activities: mocking their father “the windshield wipers still work, Steve Sir”.]

And let’s pepper the road with cabs who are immune to traffic laws (including, I kid you not, red lights).   Actually, it is worth noting that the traffic lights here change VERY quickly. Yellow lights turn to red in less than three seconds. In four days, I have managed to run at least 3 red lights myself.

Now we have a full adventure on our hands. I had two days to acclimate to these conditions before KB took us to Soweto. I could have used a full week.

In Soweto, the horn is as essential to locomotion as the brake or the accelerator. I base this assessment in the fact that virtually every mild driving inconvenience elicits a honk (or “hoot” in the local parlance).  I have been honked at for driving slow, driving fast, changing lanes to avoid a suddenly stopped truck and, get this, stopping at a red light.

The lane change was perhaps my favorite. A truck completely and suddenly stopped in the left lane. A Volvo was coming up on my right, but was still 100 feet behind me. I rapidly switched lanes well in from of the driver. I did not put her at risk at all. I, however, did make her decelerate slightly. She hooted long and angrily as she whipped by me to the left and swiftly swooped back in front of me.  At a stop light, she was still livid. I was a little surprised to see that she was a middle-aged, female Afrikaner since this level of road rage usually comes from excess testosterone.

I smiled back. She got more angry. I waved. She called me a name. I will not share it, but lets just say that it is uniquely English and not complimentary.

Her anger was really surprising, but I consider her disdain a badge of honor.

Susie then told me that our angry driver had been texting as she drove and may have missed my signal indicator and the initial lane change. Susie speculates that she looked up to see me in her lane and she somewhat panicked. Perhaps she was having a terrible stressful day and the text was incredibly bad news and my lane change was the last straw.

This motorist will never know.

In the course of two hours of driving, I narrowly missed a person in a wheelchair, a truck that suddenly backed up into my lane and multiple drifting taxis. The high point was passing a truck on the right while another car was darting toward me. That would not be an issue if there were three lanes. There were barely two.

My mom jokes that Austin likes to add lanes by painting narrower lanes rather than making wider roads. She sites Enfield as the prime example. Enfield looked like I-35 compared to these roads.

After that day, I doubt that I will worry about any roads in the US.

Before I close, I would like to add one last thought on our rental “SUV”. Advertised as “seating 7” with a picture of a van. We were expecting a reasonably sized vehicle. We missed the small print next to the van picture “or equivalent vehicle”. To someone at Avis, this conveyance is “equivalent” to a van.

Terrill called it our “clown car” because we poured way too many people and backpacks into way too little automobile. I hope we amused the locals whenever we stopped and then disgorged 6 people (7 on the day with KB) like circus clowns out of a VW bug. 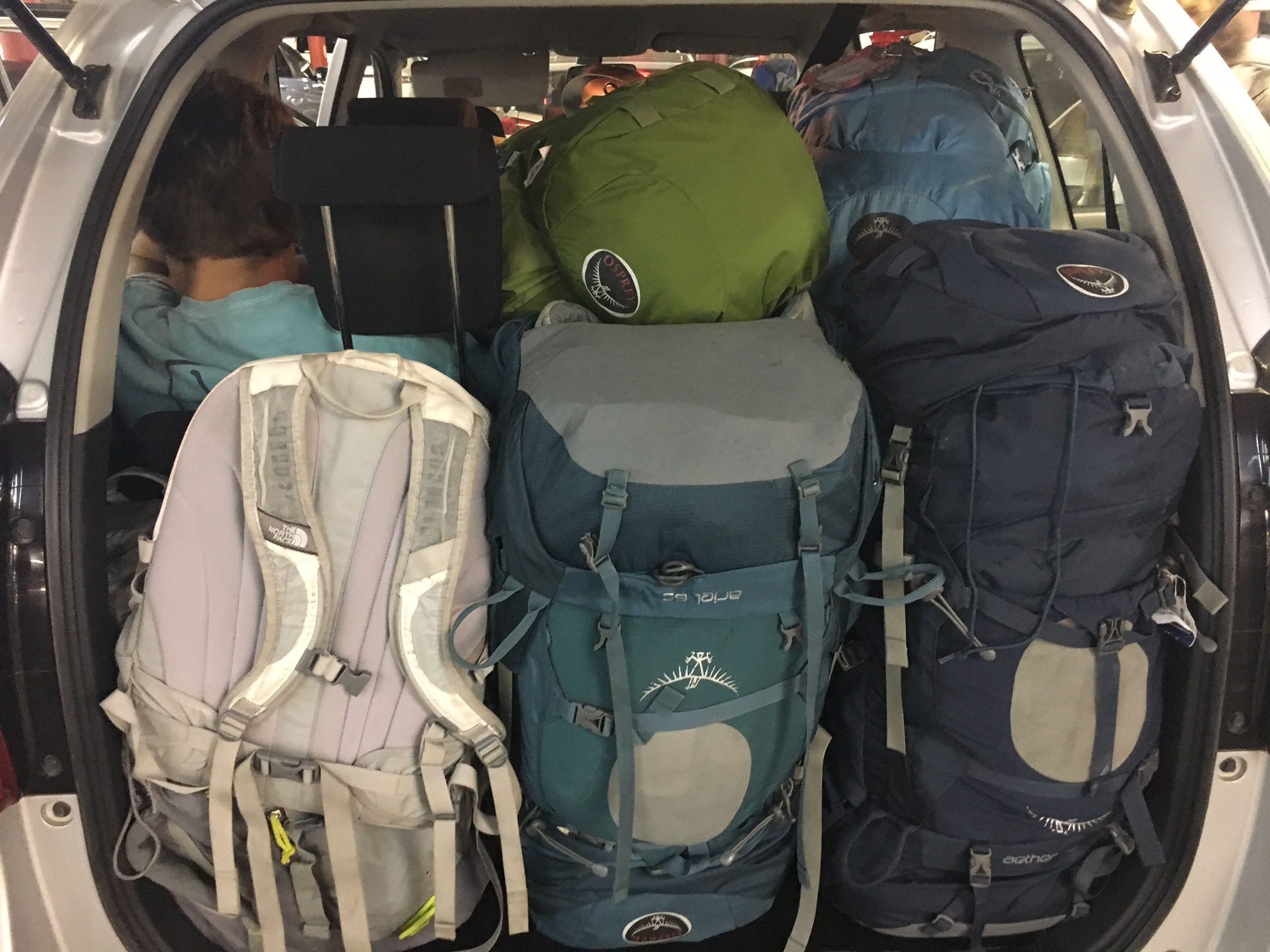 I have an odd confession to make. Packing cars is an art to be embraced, not eschewed. Part of me believes that you only THINK a car is too small. There are ways to make it work if you are determined enough. Luckily, I am married to a woman of great wisdom and insight who almost always arranges the perfect vehicle, because this character flaw would embrace a Cooper Mini as a challenge and not a mistake.

But I did enjoy the Clown Car.