Apartheid and The Wisdom of Mandela 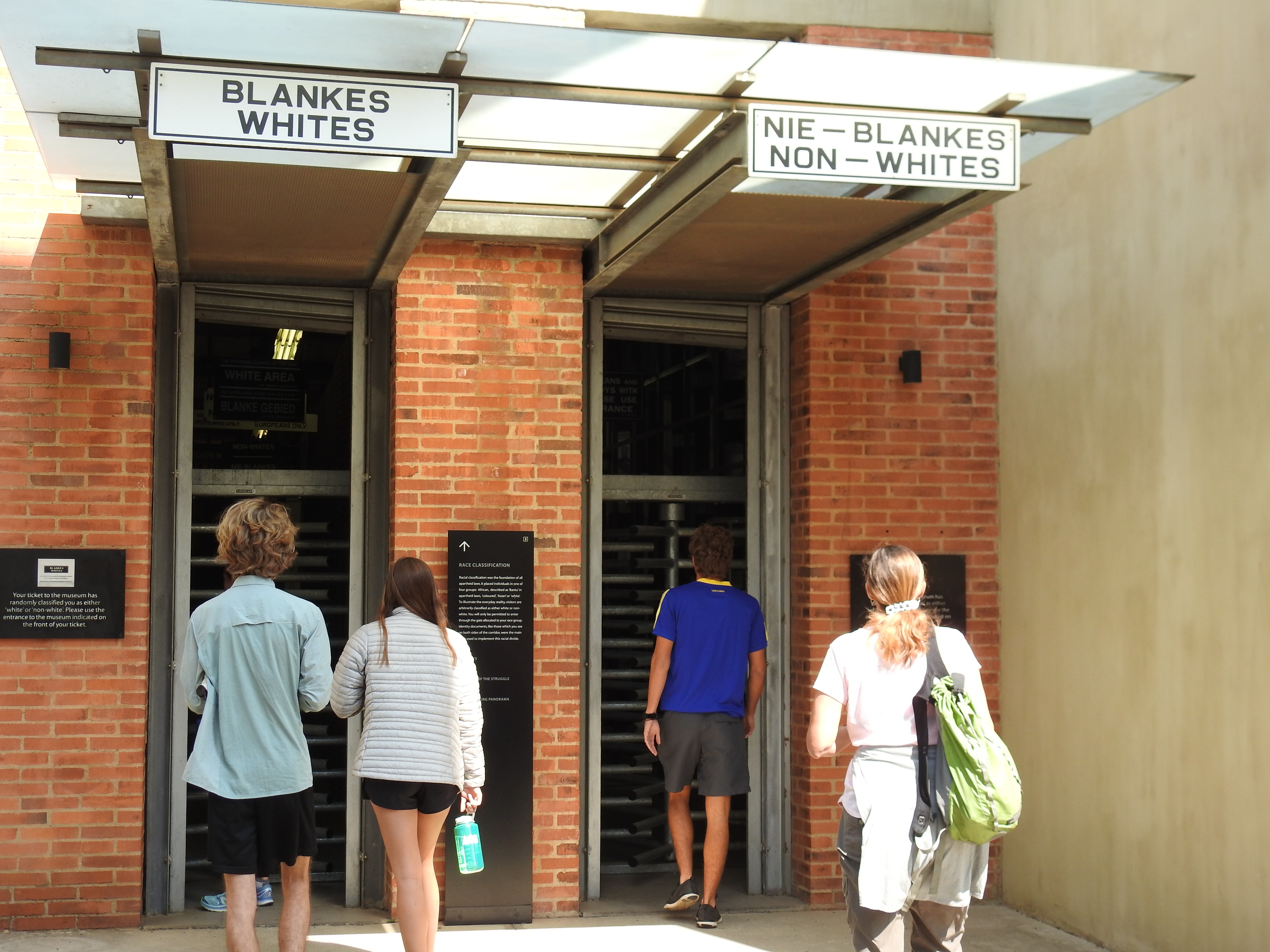 No trip to South Africa is complete without spending some time studying the abomination that was Apartheid, the elaborate system of racial segregation and privilege that defined this multi-cultural nation.

My struggle is that I have no idea what to say about it.

We visited the Apartheid Museum, which is fascinating, but also incredibly detailed. Were you to read the entire history as presented, you would spend close to 5 hours in the site. So I will attempt to share highlights with the representation that this is a verbal collage and not a comprehensive historical review.

The entrance was so clever. Each person is given a ticket that randomly assigns the visitor as either “White” or “Non-white”. You enter the museum by separate doors and see different exhibits for the first 5 minutes. It had the desired effect of making us wonder “why me”? 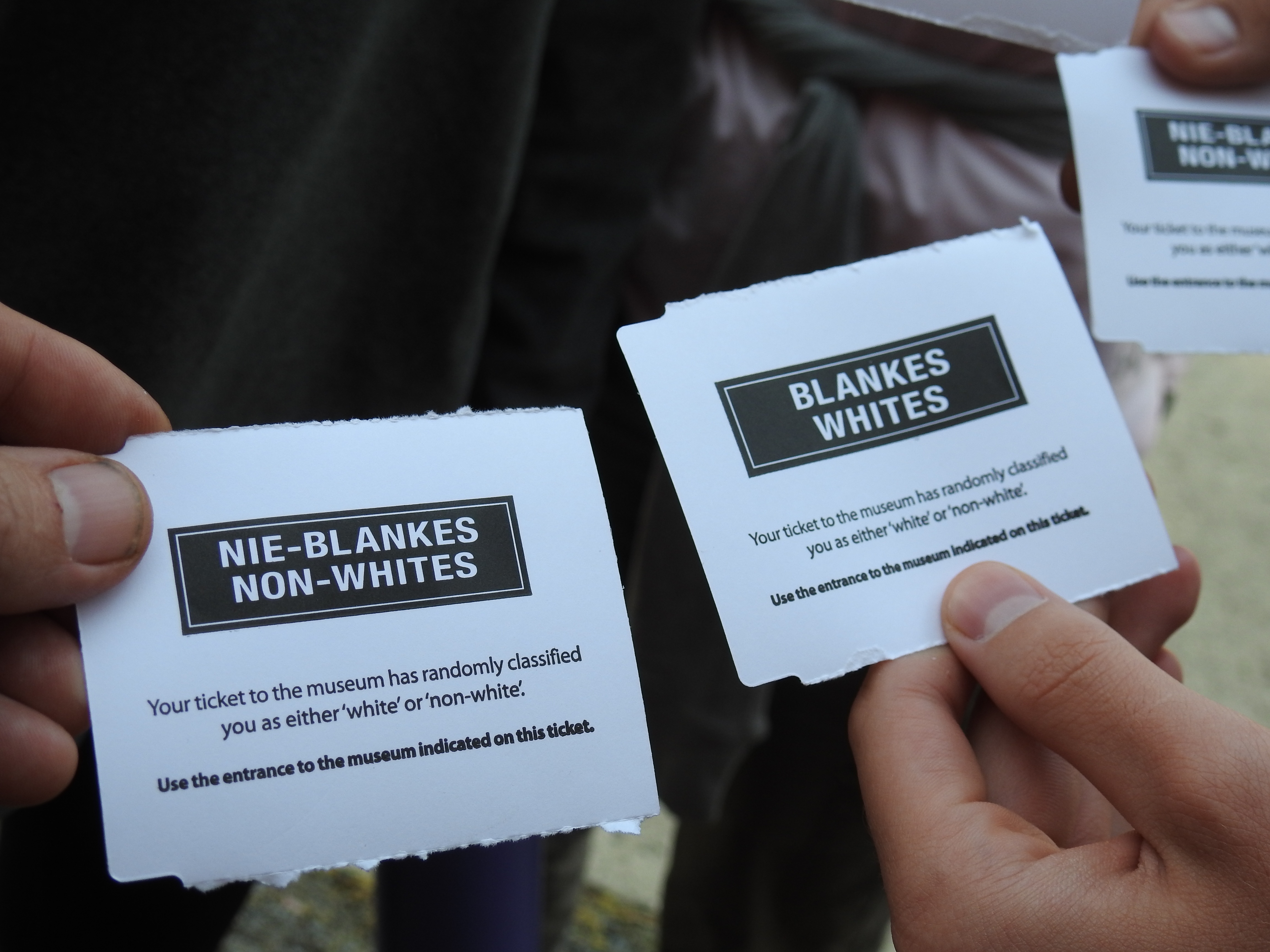 Also, the museum had some words (the Pillars of the South Africa Constitution) printed on giant towers. I was delighted to see that Nelson Mandela might have been visiting the Camp Champions website and borrowing the “4 R’s”. OK, perhaps he had more on his mind when he helped write those words. 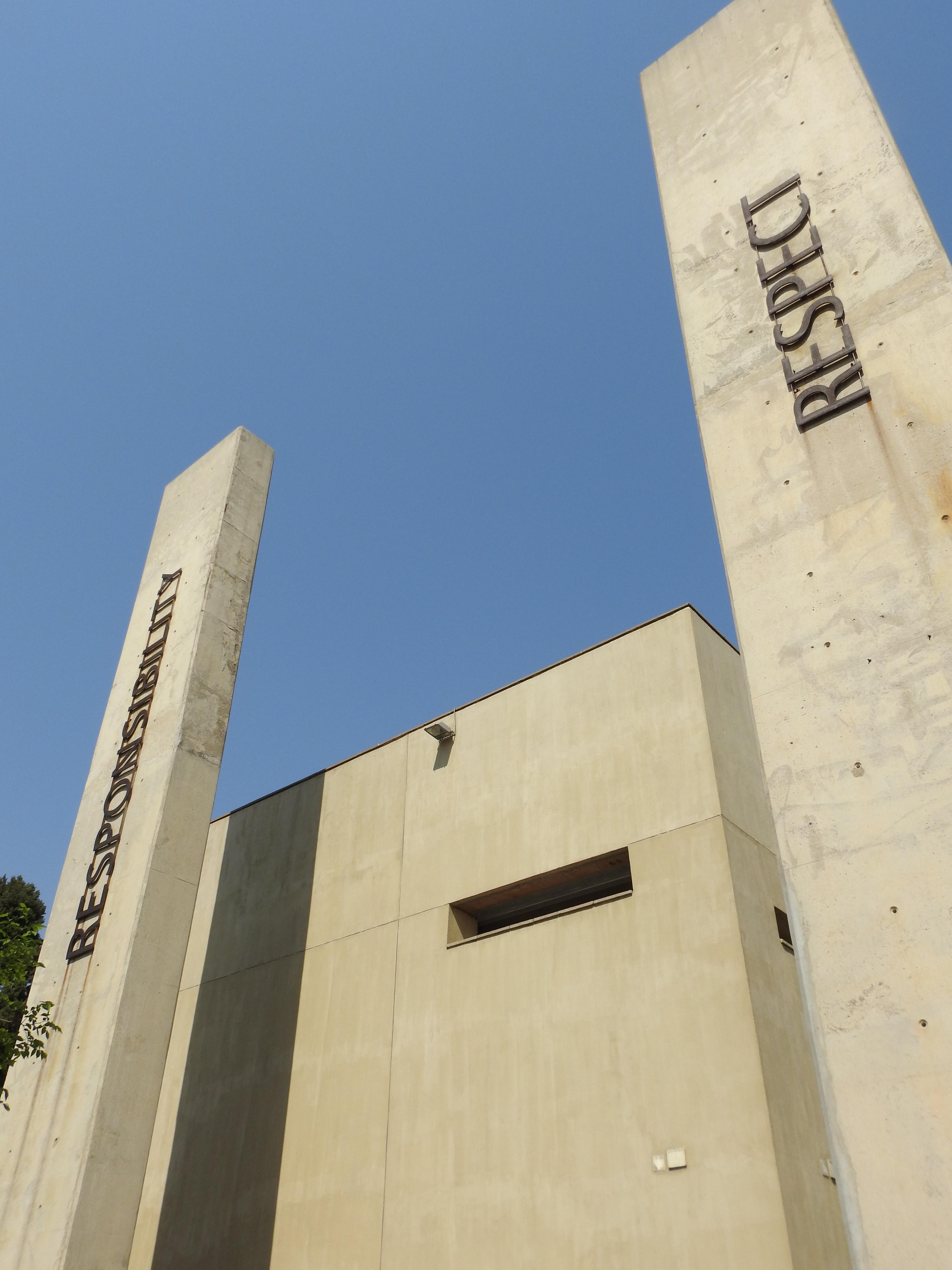 Apartheid came as a result of the Boers (Europeans of Dutch descent) that believed in racial separation and purity. There are also Europeans of English descent (hence the use of English as the official language), but the Boers, or Afrikaners, came to power in 1948 and created apartheid. Apartheid is an Afrikaans word meaning “separateness”, or “the state of being apart”, literally “apart-hood”.

It is complicated. There are whites and non-whites, but the non-whites break into native, black and colored. They also had elaborate rules to deal with people descended from India or China. Tough stuff.

Nelson Mandela was a truly fascinating person, with great strength, wisdom and patience. He spent 27 years (YEARS!) in prison. Only one person could visit him at a time. He was intent on seeking out peaceful alternatives, but willing to endorse violence when nothing was changing and when violence was being used against protestors.

He also deeply believed in reconciliation. After becoming the president, he embraced his former oppressors and attempted to validate their right to be South Africans as well. The movie “Invictus” tells the story of the South African national rugby team (the Springboks) and their upset victory over the heavily favored All-Black of New Zealand in the rugby World Cup in 1995. The World Cup of 1995 came one year after Mandela was elected president.

Mandela’s instincts here were exceptional. First, he made sure the Springboks became integrated. The Springboks and rugby were the most beloved team and sport of the Afrikaners. They had not only been all-whites, but essentially all-Afrikaner. In short, they were one of the last and most important symbols of whiteness (or Afrikaner-ness) left.

During the championship game, Mandela appeared wearing the Springboks jersey of the team captain and most admired of the players, François Pienaar. The symbolism here was inspired. With one simple wardrobe change, Nelson Mandela transformed a symbol of racism into a symbol of a new country. Rugby was religion for the white population. Seeing their favorite player receiving the most important trophy of their favorite sport (a moment of ecstatic joy) from a man wearing their team’s uniform made Mandela into THEIR president as well. Initial silence was replaced by the primarily white spectators chanting his name.

I had one last impression I would like to share: the relatively peaceful manner that this country ended apartheid. To be clear, people did die in the struggle, but so fewer than I would have anticipated.

Typically, people in power are wont to lose it (see “Syria”, “Putin” and “North Korea”). But both sides realized that armed conflict would be disastrous. The Afrikaners were terribly outnumbered, but better armed. They realized that any effort to retain power in a civil war would have left a decimated country. Similarly, the ANC (African National Congress, the voice of the non-white opposition) did not want to take over a country that had been blown up.

It is worth noting that Mandela was not the only enlightened politician. F W de Clerk was the president prior to Mandela and he recognized the need for a peaceful end to apartheid. Many of his followers felt betrayed and attempted to organize racist militias to undermine the transition process. This group committed an attack that killed peaceful protestors. This attack galvanized the resolve of the rest of the nation to end the policy.

In his spare time, de Clerk also oversaw the nuclear disarmament of the nation.

In 1993, he and Mandela earned the Nobel Peace Prize.

One last thought on Mandela. He always kept his eyes on the prize. He spent time working with a wide variety of people in his effort to help his people: businessmen, Indian political parties, communists, religious leaders, etc. Wiley joked that he had the same conversation with all these different leaders:

“Nelson, we communist believe in the equality of all people and the fact that the workers must own the means of production.”

“Nelson, it is important to provide your services to a broad market. Racial segregation prevents this. Treat all equally and maximize your profits!”

“Yes! I agree! Treat all equally.”

He did not allow himself to be distracted, even during his incarceration. In fact, the incarceration was actually like going to revolutionary graduate school. The ruling government put all of the smartest anti-apartheid minds into the same prison. They literally held classes to teach each other their areas of expertise.

So South Africa is now the gem of Africa governance. OK, that might not be the highest standard, but one they can still take pride in.