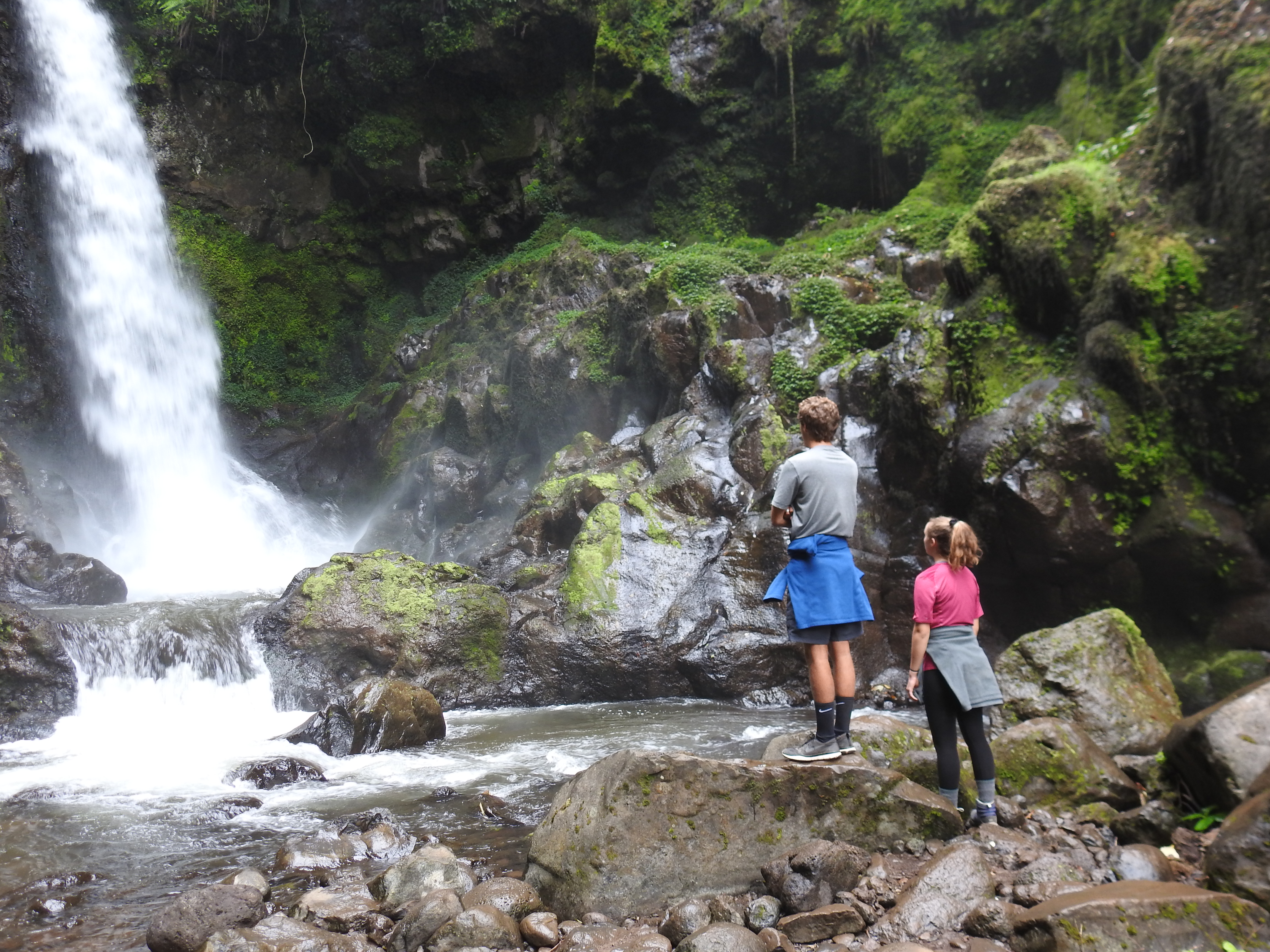 I once attempted to read one of the great Russian novels, but I became bogged down with the characters’ names. I sensed that it was going to be very important to remember the differences between Nicholai and Ivanovich and Kasparov and Baryshnikov and Perestoika, but none of the names really took root in my mind. I found myself flipping back in an attempt to figure out exactly what Vladimir did – was he the amputee or the spurned lover?

I worry that my writing about tribes might have the same effect on you. When we travel here, we get to see first-hand the differences between the Maasai, the Hadzabe and the Datogo, but they are just words to you. With this in mind, I have tried to limit my discussion of the different tribes.

I, however, must make an exception for the Chaga people.

The Chaga are one of the two major tribes in the Kilimanjaro region. They, however, are all over the country. Walter says that Tanzanians refer to them as the “second Indians”.

[Note: I am striving to report what I hear and see that I hope you will find interesting. I also know that we strive in our country to avoid making sweeping generalizations about entire ethnic groups. Knowing this, I tread lightly as I share what Walter shared with us.]

Apparently, Indian (descendents of immigrants from India) entrepreneurs run many of the large companies, restaurants and shops in Tanzania. They are considered the gold-standard in the business community. But the Chaga tribe gives them a run for their money, running almost as many enterprises, both large and small. They have a reputation as being resourceful and hard-working.

This reputation started early on when they moved into the Kilimanjaro region.

They developed elaborate irrigation systems. This one is hundreds of years old. 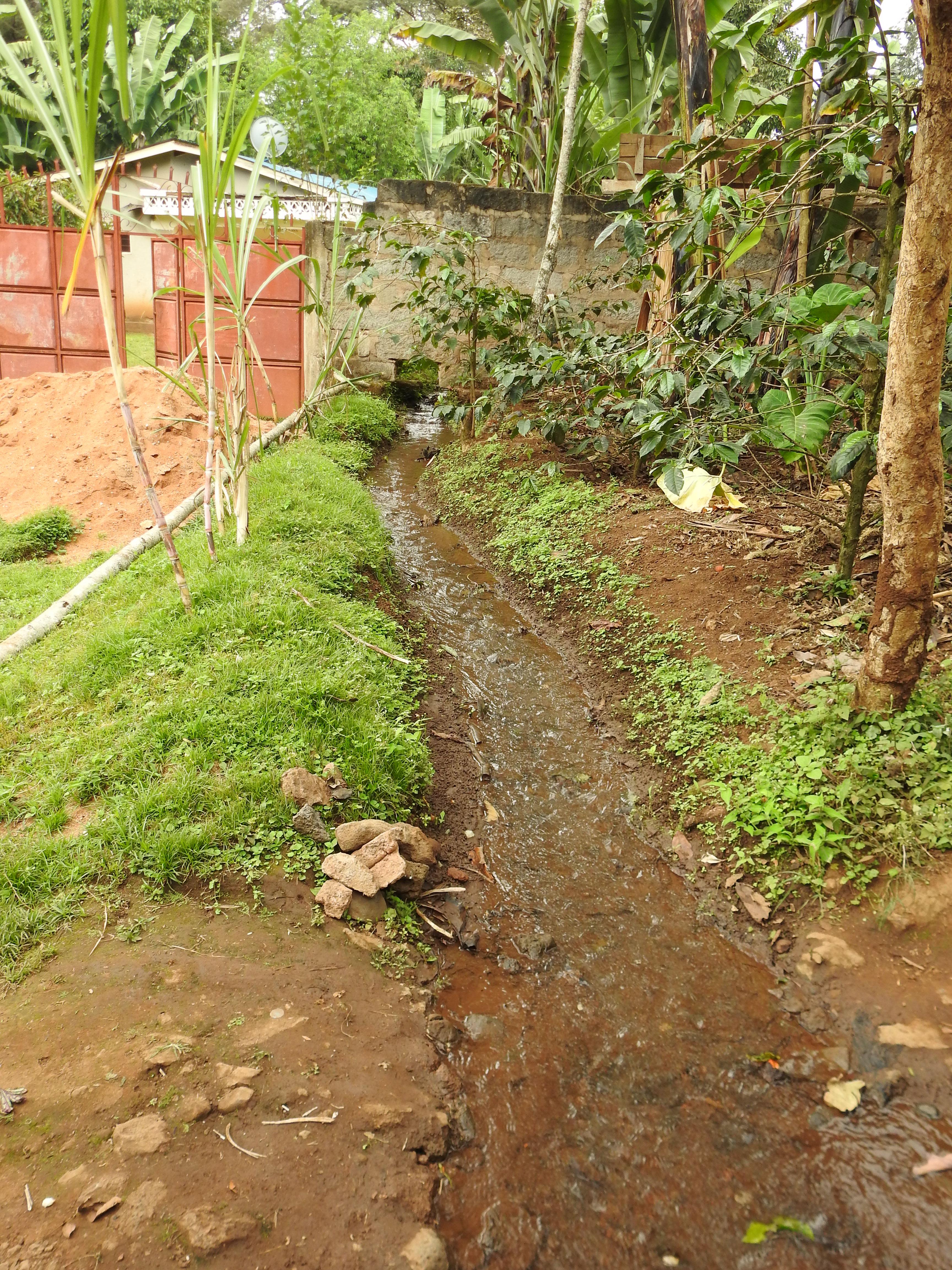 They recognized that the soil was incredibly volcanic and lacking in nutrients, so they have clever fertilization systems. They also had success as cattle ranchers despite the mountainous topography.

Their true resourcefulness appeared when the Maasai started to come into the region.

As we discussed before, the Maasai are known for two major things: their beliefs regarding animal ownership (all cattle belong to the Maasai by divine right) and their martial expertise. If you are a small, peaceful tribe, it is really problematic when a group of tall warriors arrive who fundamentally believe that you have been keeping all those cattle just for them.

The Maasai had substantial success conquering the Chaga, as they had conquered many a tribe before. But the Chaga had a few tricks up their industrious sleeves.

First, they started to build tunnels to hide their families in. The openings would be incredibly well hidden within their dark huts, covered in an animal skin and tucked behind a few goats or cows in the portion of the hut devoted to animals. They would also have fires within the huts that made seeing well difficult. 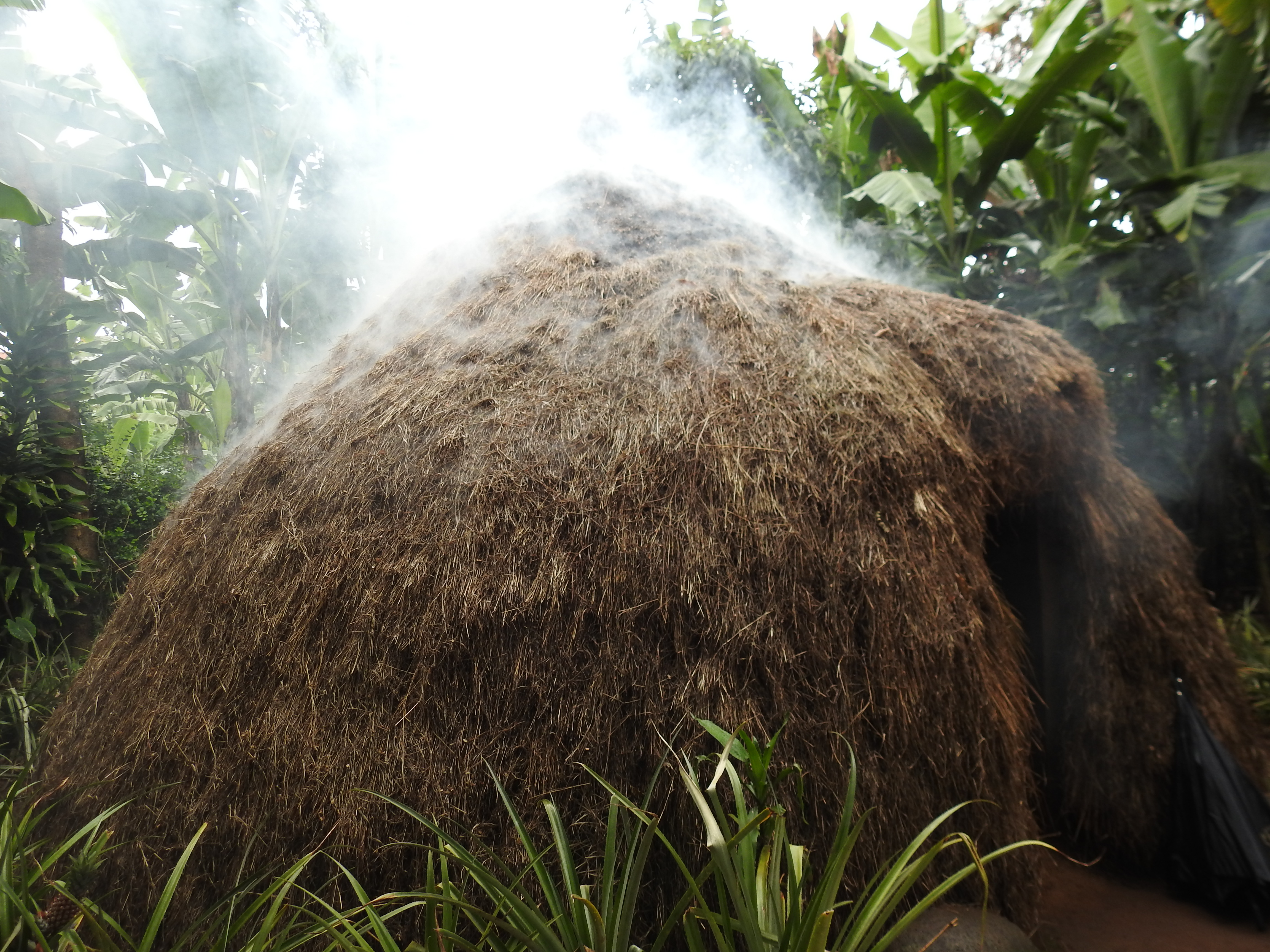 These were no amateur tunnels. These were engineering feats. We visited one that went down roughly 20 feet and then turned went sideways. It was roughly 5 feet high, meaning that the average Chaga would only have to stoop a little while we had to stoop quite a bit more. [Note: perhaps my fondness for the Chaga is not exclusively their ingenuity, but also the fact that they make me feel tall.] 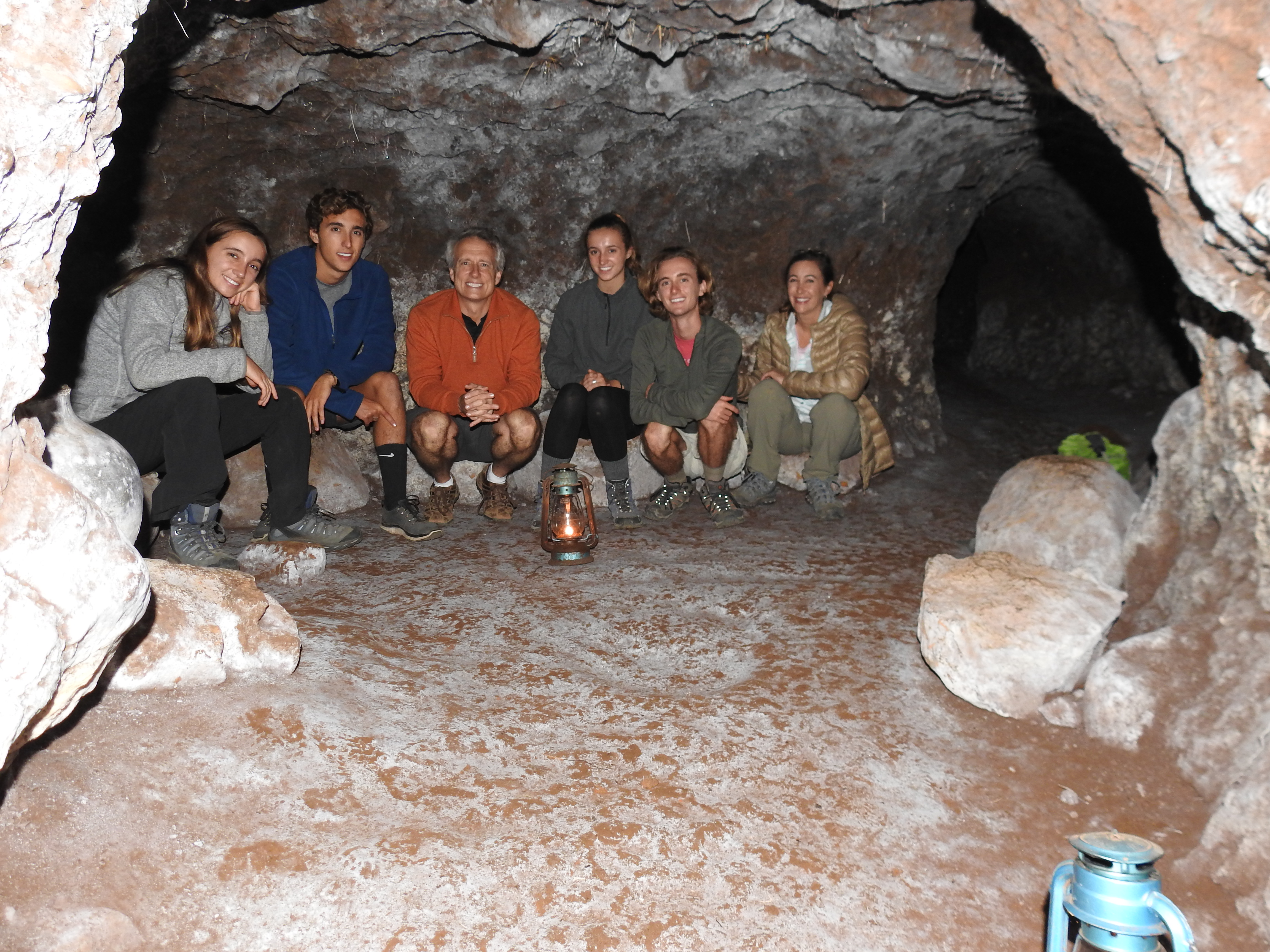 We went 30-35 feet down the tunnel and then stopped in a widened area. We learned that they built chutes to convey their smoke. These dirt chimneys did not go straight up, but instead went far off to conceal the location of the tunnel. They would make small fires at the surface directly next to the exit holes so that anyone seeing the smoke from the tunnel would assume that it came from the fire.

They also recognized that there was another problem with building massive tunnels – the excavated dirt would make their existence obvious. Like the POWs in “The Great Escape”, they needed a way to make their dirt disappear. Their answer was to dig the other end of the tunnel next to a river.

We went to see this lovely waterfall. While there, our guide pointed to a recess next to the cascading water. That was the other end of the tunnel. They would put their dirt out there and it would wash away without a trace. The photo is at the start of the blog is at that waterfall.

OK, that is pretty clever, but it misses the truly impressive fact that the tunnel was over 4 kilometers long in order to get to the water. Perhaps the Chaga realized that putting a tunnel too close to the river might tip the enemy off. I, on the other hand, might have been the dissenting vote on the “lets make our tunnels 4 kilometers long” plan.

I would like to think I would have politely suggested an alternative. “Hey guys. How about a slightly shorter tunnel? Hear me out. I am not suggesting that we put it on at the river’s edge. How about a solid 400 meters away? That’s almost 4 football fields, fellas! We should be safe and – here is the key point to my plan – we would NOT have to dig that extra 3600 meters. Who’s with me?”

Clearly, without me to help, they went with the more arduous plan.

Second, they developed an array of techniques that stripped the Maasai of their advantage in combat, including their height, the effectiveness of their long spears and their small strategic attack formations.

In some cases, they would induce the Maasai to chase them and then surreptitiously leap over the hidden quicksand that the Maasai would soon fall into.

Another technique would be to lure the Maasai into their huts. The doors to the huts were narrow (assuring only one entrant at a time) and short, forcing the tall Maasai to stoop. Within the hut, the strongest male waited with a massive club. He would drop the club on the back of the skull, crushing the medulla oblongata. This not only killed the Maasai, but did so in a way that assures that prevented any outcry. A skilled club-wielding Chaga could take out a bunch of Maasai before they either gave up or considered alternative attack modes. 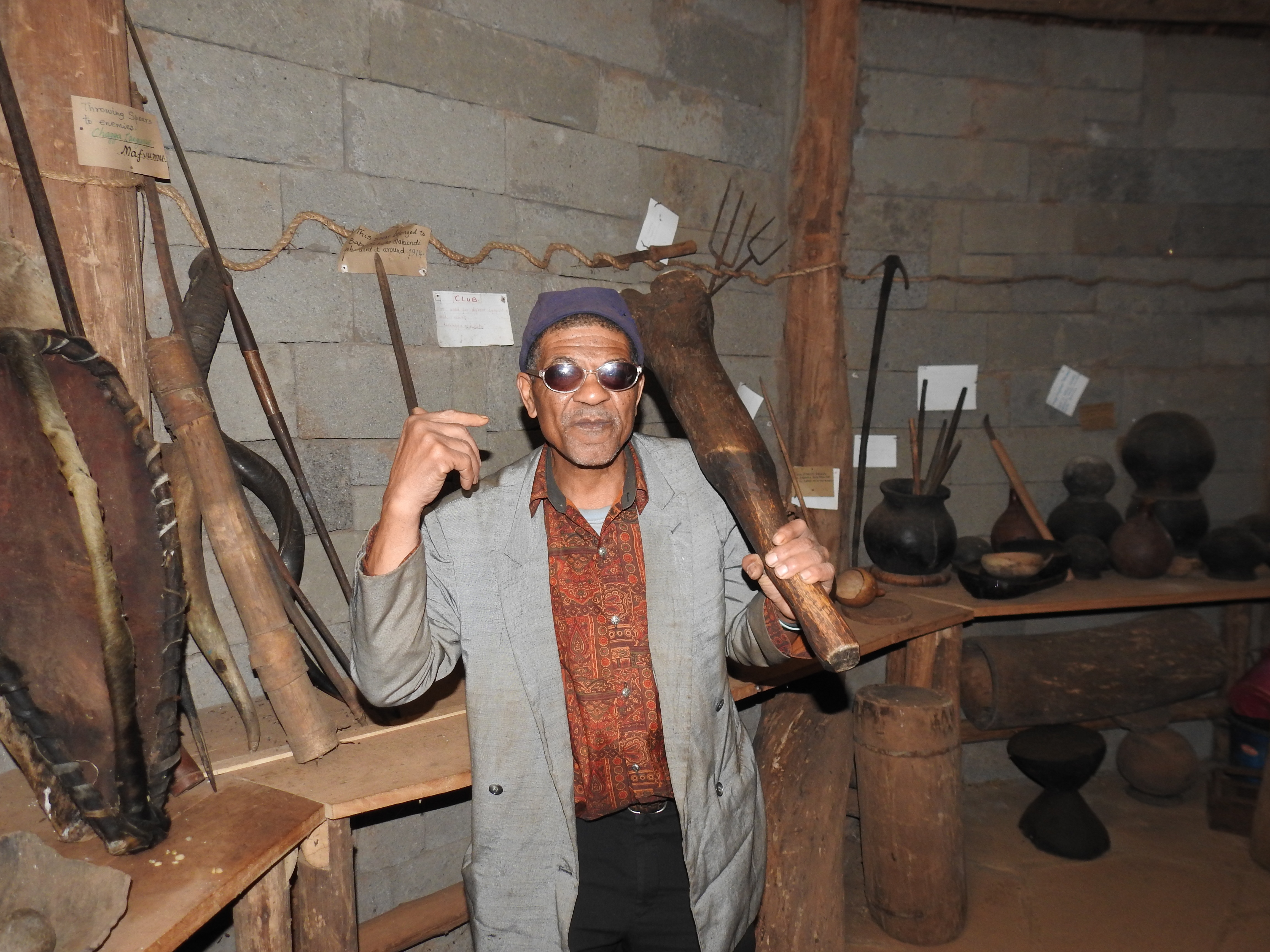 Sometimes the Chaga would lure an enemy into the tunnel. Anyone without the right password got the club.

All of these wonderful details came to us from an enchanting guide named Edward, who bears more than a passing resemblance to Ray Charles. 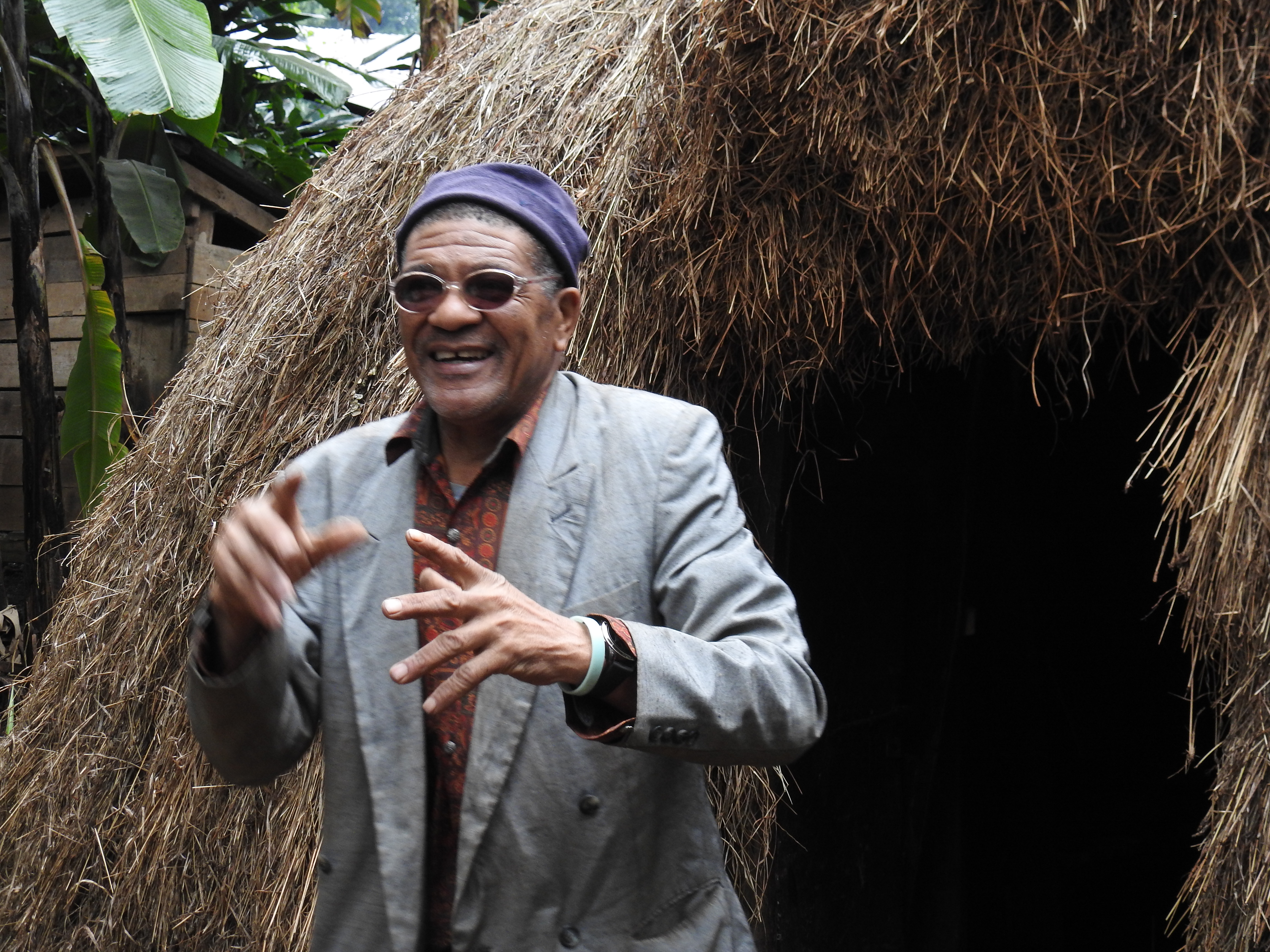 A former teacher, the retired Edward enjoys sharing the culture of the Chaga. In addition to describing their defense tactics, he also provided us with various euphemisms for “killing”.

When he was describing the clubbing technique, he would say, “The first Maasai enters. Crack! ‘Next Patient’!”

The Maasai that fell into the quicksand would soon “relax in paradise” or “soon change his name”.

He also had wonderfully modern explanations. He showed us the Chaga digging tools before and after the discovery of metal. Pointing at the all wooden version, he smiled, “This one is analog”. He then pointed to the metal tool, “This one is digital!”

He explained that the Chaga had “man caves”. To be clear, this was not a sexist endeavor that excludes women. Unlike the Lil’ Rascals, there was no “He-Man Woman Hater’s Club” here. Women were allowed in the man cave. It was a place for adults. I picture it as the Kilimanjaro version of an adults-only club.

When Edward started his first explanation, some members of our team were a little restless. This made sense. Some of our recent guides had been long-winded and hard to understand - not an ideal combination for capturing an audience.

Edward started a little hard to comprehend. He also took his time to make his first point. I could see a few members of Team Baskin begin to squirm. But soon, we began to realize that the payout of his stories were worth the exposition. He would wind up his body as he told his story and then slightly explode up as he delivered a punch-line, laughing as he said “change his name” or “next patient”.

He would gesticulate widely and laugh. When laughing, he looked even more like Ray Charles.

Even those who started annoyed ended up fans of Team Edward (apologies to Twilight fans).

Finally, we learned that the Chaga were the most proficient tribe of brewers. Edward proudly explained their original brewing techniques as well as their various improvements. The Chaga specialized in banana beer. 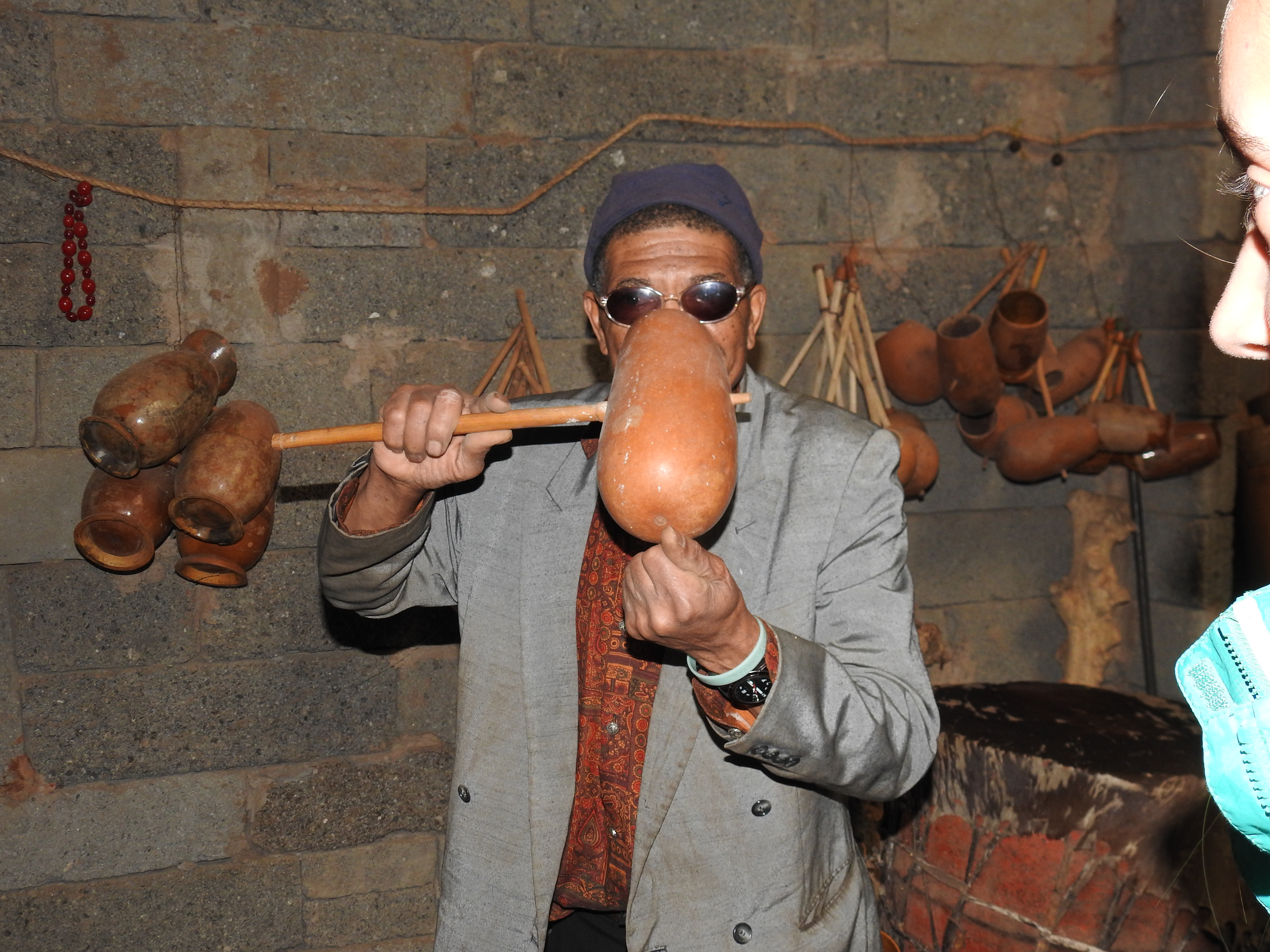 “But wait Steve, I have never heard of banana beer.”

Let me assure you that this is for good reason. I said that the Chaga were resourceful, I did not say that had great taste.