Tiger On the Prowl 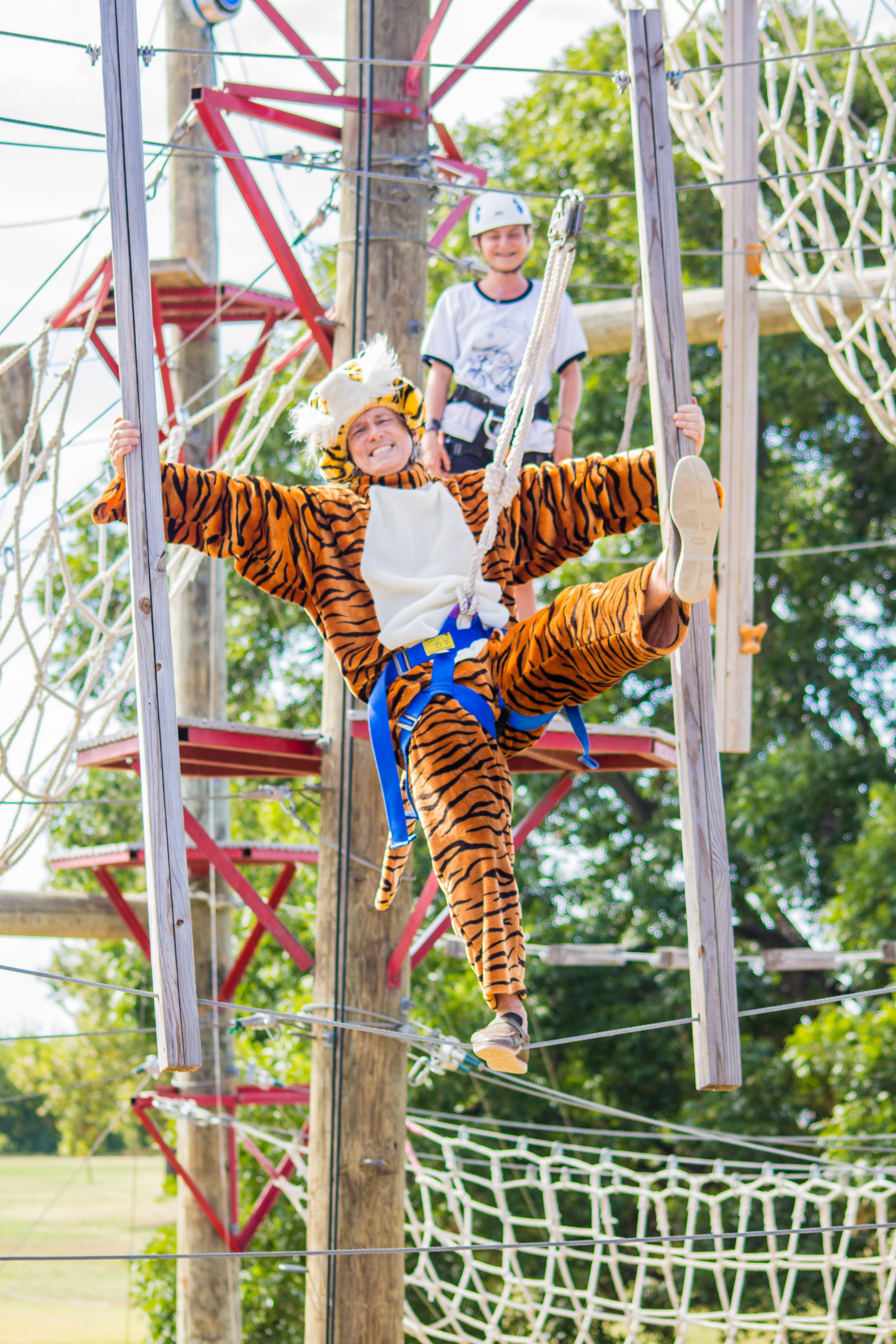 The odd week continues. Today, a tiger was roaming camp.

OK, perhaps not the most ferocious tiger. This tiger poses no threat and simply looks silly.

I thought it might be fun to participate in activities while wearing a tiger costume. I think this might be evidence of “camp fever” and I am slowly becoming unhinged from the real world. You know, the world where people have some self-dignity and respect and do NOT wear costumes in public.

The tiger participated in yoga, the Pirate Ship, the Texas Two-Step Tower and the zip line. Two years ago, I did the water zipline into the lake in the same costume and learned an important fact – polyester costumes absorb and retain a staggering amount of water. When I landed in the water in the costume, I quickly gained 30-40 pounds while losing mobility. This made for a very awkward swim to the ladder. The kids were laughing and cheering and somewhat oblivious to the herculean effort required to return to shore.

Here are a few other items to know about pretending to be a tiger.

Young campers think it is awesome. They cheer and high-5 constantly.

Older campers are trying to decide if this is weird or just strange.

Lola (the 6 month old baby of Leah Ma’am and Robbie Sir) wants nothing to do with you.

The suit does not breath. At all. It was more than a tad warm.

Going back to the younger campers, I was really so moved to see how encouraging they were to me and to each other. During my entire time at the Pirate Ship and the Texas Two-Step Tower, I heard a constant litany of “you can do it” and “great job” and “we believe in you” directed at me and other campers.

I watched as a group of 8 people helped coax a reluctant 11 year-old girl to take the final step to go on the zip line. Everyone was positive. When the girl completed her challenge, she was beaming (and relieved) while her friends congratulated her. 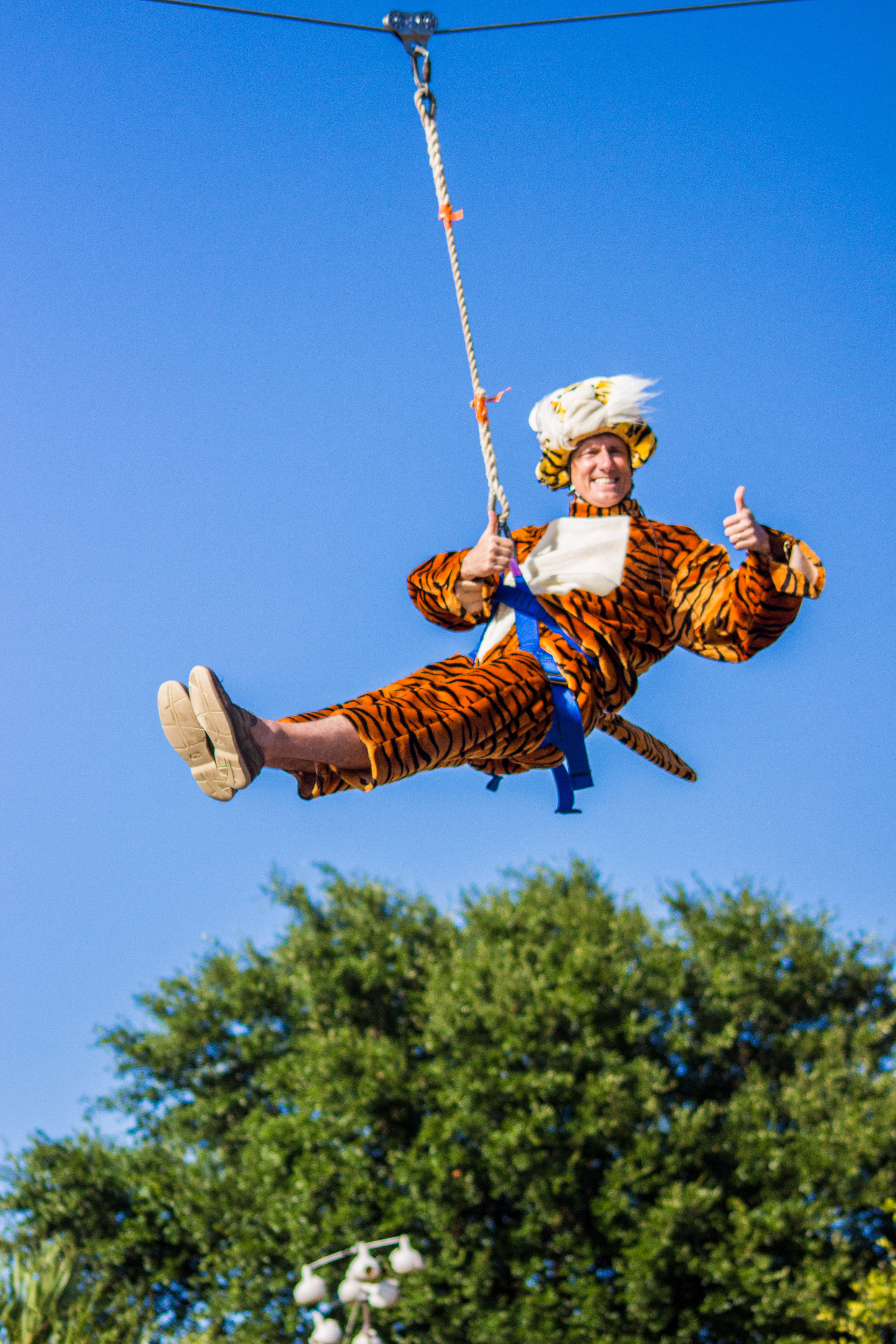 I am now out of the suit and slightly cooler, but I remain buoyed by the positivity of our community.

Now if I could just find my dignity again.