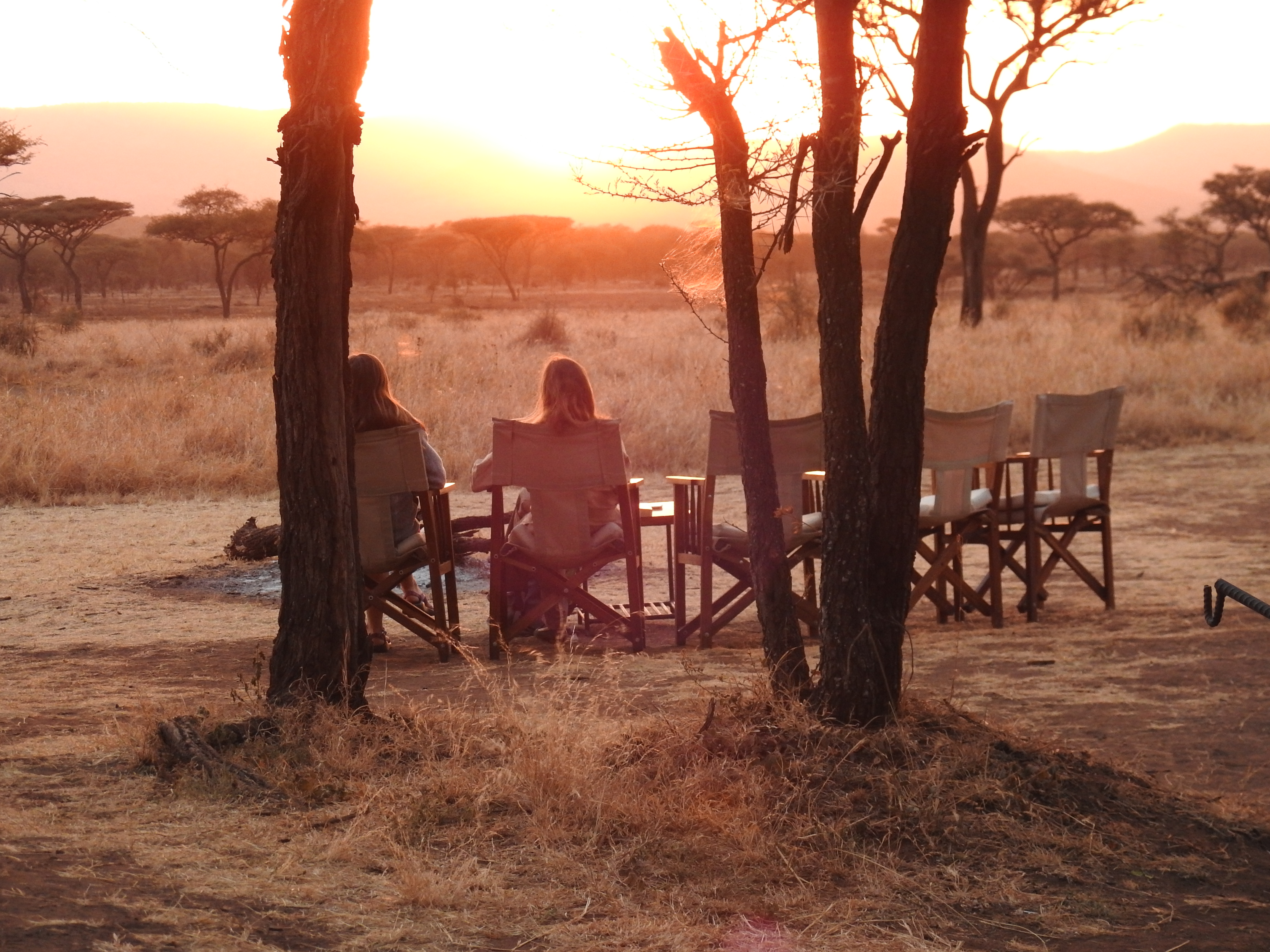 Over the past several decades, tourism has become ever more important to Tanzania. Knowing this, the government has created conservation areas and limited the amount of real estate development, including hotels. So far, so good. While other countries over-developed their land, Tanzania’s pristine parks became even more appealing to tourists.

This created a challenge. More tourists wanted to visit, but there were no new places to put them.

This was great if you ran one of the grand lodges in key places, like the Ngoronrogo Crater. Demand grew and your occupancy was 100% for most of the year. During the high season, rooms would book over a year in advance.

The large safari companies all recognized this problem and reserved the entirety of these major lodges, guaranteeing payment even if cancelled.

The smaller safari operators quickly realized that they had a problem. Without accommodations for their guests, they would not have any guests. One industrious safari owner (Willie “Kaburu” Chimbulo) had a solution. He went to the authorities and asked the following: what if I create temporary tented camps that we will remove every year? Kaburu got the approval and a new business was born.

These camps are interesting as they are often in the very middle of the most remote corners of the conservation areas like the Serengeti. While remote from civilization, they were right in the middle of the animals. The camps seem to have the following in common:

On a related note, when I arrived at our first camp, I noticed a massive pile of elephant dung on the path from the dining tent to the sleeping tents. While I am not a professional zoologist, I discerned that this pile of manure implied that an elephant must have put it there. We later learned that elephants stealing water is a true challenge to these camps. Just the previous day, the staff had asked the safari drivers to honk at some elephants to scare them away.

We also woke one morning to find that the hyenas had chosen to nibble on a coat hanger we had carelessly left outside. 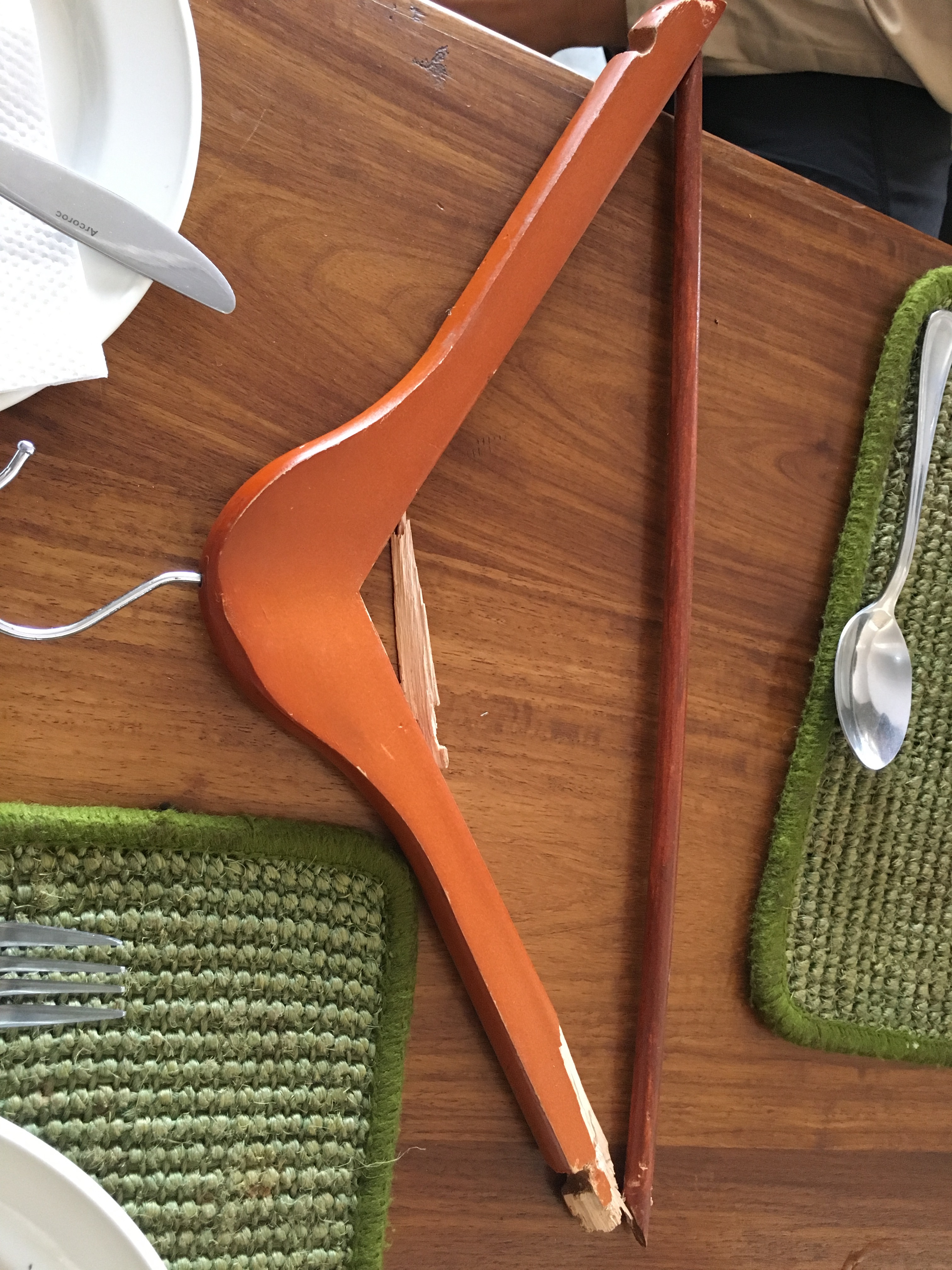 Our second tented camp was in the middle of the wildebeest migration.

By “in the middle”, I am not being hyperbolic.

Both Susie and I did not sleep well because of these “spare part animals”. We both woke to hear sounds. One had nothing to do with the wildebeest (a monkey scurried the length of the tent’s top – that will get your attention). We heard three specifics sounds from the wildebeests.

The first sound was a honking bark. I am sorry, I meant to say a symphony (rock concert?) of honking barks. We learned later that they bark when they feel comfortable. It is the way that they find their family members. Based on the amount of honking barks we heard, either 2 dozen families were attempting to unite or a small number of very stupid families were separated and just could not find each other (my money is on the latter).

Once we got used to the barking, we heard the second sound. I listened intently, “Susie, is it raining?”

“No, they are eating.” [Note: that commented sounded like a line from a horror movie. Susie even said it in an ominous way. If this had been a movie, I would be putting my hands over my eyes.]

Think about that for a moment. The grazing of these herd animals outside our tent was so pronounced and loud that I assumed it was rain on the canvas above. We looked outside and saw perhaps 150-200 animals, two dozen of which were within 20 feet of our tent. Were I to have reached through the tent, I would have touched one of them.  The picture below is from the morning after the animals were spooked to a far distance.  Now imagine then close enough to snuggle with and 10 times more numerous - “Honk-bark, honk-bark”! 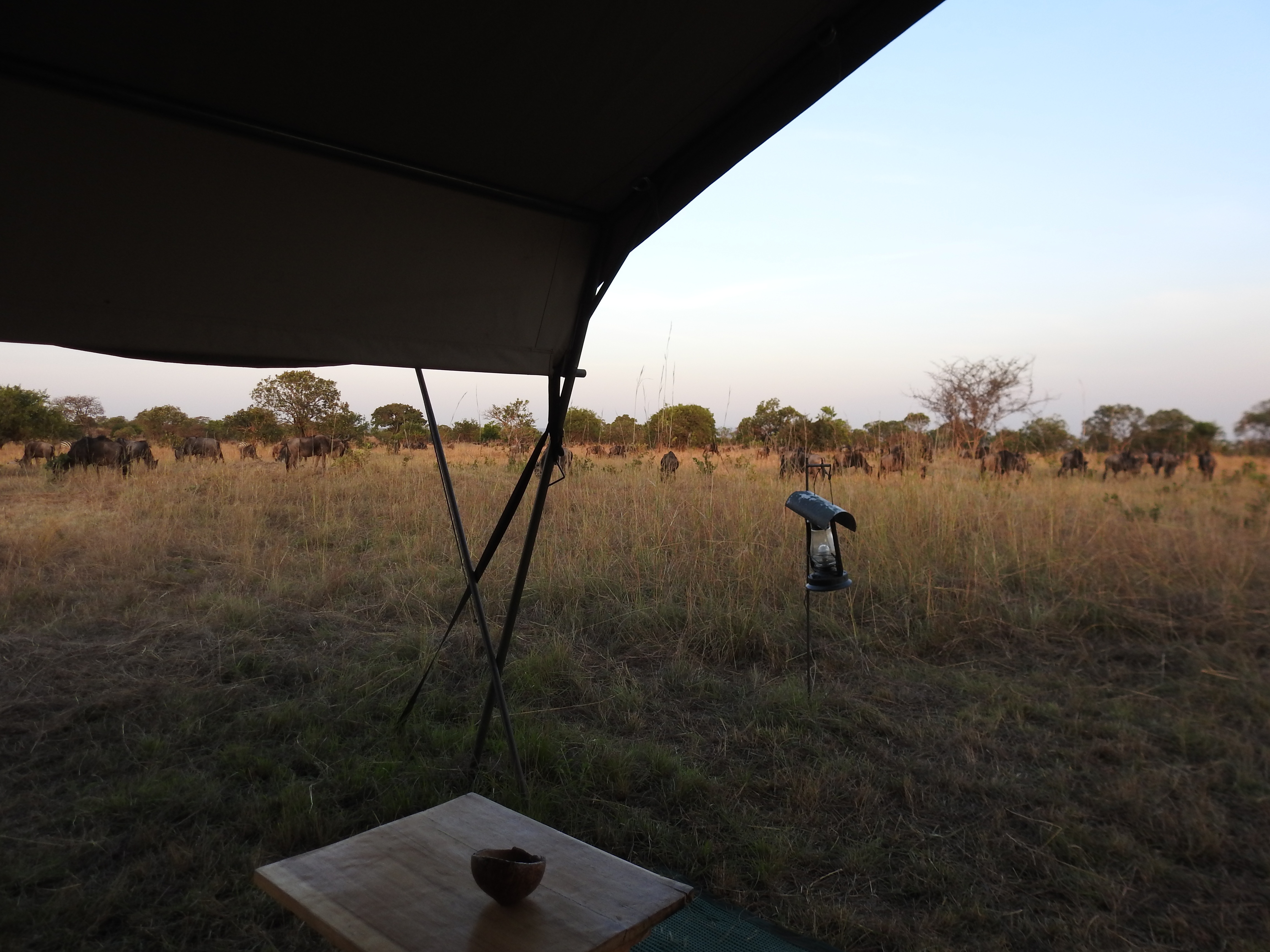 The final sound came as Susie visited the privy and accidently knocked a roll of toilet paper on the ground.

This falling roll induced a brief, but profoundly impressive, mini-stampede. Perhaps 10-15 of the wildebeests closest to the tent bolted for about 2 seconds. One even hit one of the tent wires.

In that moment, I understood at a visceral level the power of a real stampede. This brief charge was really nothing at all. It was just a dozen animals running for 2 seconds. Even so, I felt like they could have destroyed our tent. Had there been several hundred of them and they were truly panicked, they would have the destructive power of a tornado.

It made me glad that they did their river crossing without me.

So let me summarize the tented camp experience with a simple mnemonic: the 4 chargers. Three we had, one we did not.

Charger #1 – the charging station.   In an odd way, it really reemphasized how remote we were. None of us had internet or phone service. In fact, we could only get enough electricity to charge mobile devices for a few hours a day.

Charger #2 – the cool Maasai beaded plate chargers. Susie liked the idea so much she decided to buy some for our home. Now, we need to actually have a meal where we use plate settings like normal people instead of wolfing food in the kitchen and using paper towels as napkins.

Charger #3 – the charging wildebeests outside our tent.

Charger #4 (the one we did not have) – a credit card charger. They might have had a small bar there, but everything was cash only.