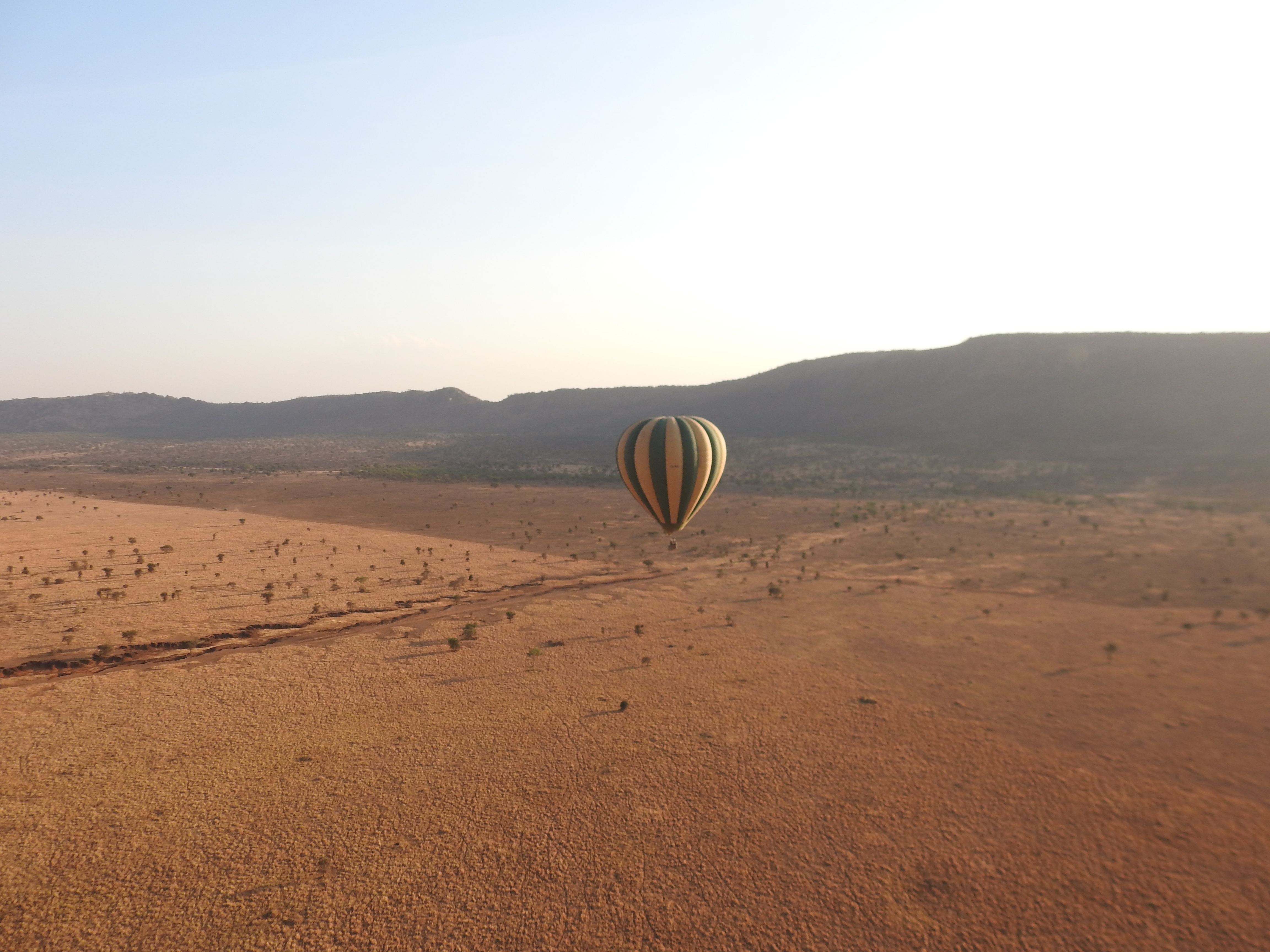 Sometimes you look forward to an experience and quickly realize that your pleasure of anticipating the the experience exceeds its actual pleasure. Sadly, this happens more often than we care to admit. At the risk of alienating my audience, I will say that childbirth was one such experience. I had heard countless fathers gush about the birth of a child – “it was the most powerful experience of my life.”

When Susie went into labor with the twins, we arrived with concern and excitement. Hers had been a difficult pregnancy and she would be giving birth to a pair, so we were a little worried. But I was excited because I wanted to have the “most powerful experience of my life”.

What followed was a day of hospital rooms and pleasant conversation interrupted by contractions. The actual birth was powerful not some much because of the emotional impact but the sheer marvel I felt watching what Susie’s body managed to do. You are familiar with the mechanics, so I will not discuss any details. But lets just say that few things prepare you for the actual physicality of childbirth. I was ordered by Susie to videotape it. I have not review those tapes since. Like the movie “Howard the Duck”, this is a movie that does not need to be seen ever again.

But what did not happen were deep, unequalled emotions. Please do not get me wrong. I was so happy that Susie was healthy and that we had two healthy, though premature, boys. I understood that this was life-changing, but I did not FEEL new or unequaled emotions. I held the boys and thought it was cool, but I spent less time wondering whether they looked like me or Susie, and more asking if they resembled Yoda or Winston Churchill (In case you are wondering, Yoda is the answer).

The scale of the Forbidden City is massive. I think the enclosure is over a mile long and half a mile wide. The entrance features bold colors, huge doors and intricate woodwork. So far, so good.

After walking across a courtyard, we then entered a massive chamber. It was perhaps 175 feet wide, 100 feet deep and 35-40 feet high. This room had interesting furniture and ornamentation. We then left the chamber to enter another courtyard . . . which was followed by another chamber . . . and another courtyard . . . and another chamber. Some of the courtyards were more interesting than others. One featured an amazing series of carved steps, dragons and phoenixes.

In the times of the emperors, each successive chamber was more elite, so I understand why it is designed the way that it is.

But an explanation does not reduce the monotony.

By the end of our tour, I had felt more like we had survived a marathon than savored a great world treasure. It was impressive, but also oppressive.

But not every experience disappoints.

I wondered what type of experience ballooning would be.

My money was on “good but not great”. I am not a huge fan of packaged travel experiences. I prefer the “path less chosen” to the experience with the most “likes”. But our safari organizer really endorsed the balloon ride, so Susie booked it.

We awoke at 5:00 AM. As you might imagine, the teenagers took exception at this wake-up call, but the winds are only favorable early in the morning. [Note: I was not particularly excited about the wake-up either as Susie had awaken me at 3:00 with a start, “something is walking nearby!” We were staying in a large tent and a monkey had found his way onto our roof. A motivated monkey can make quite a lot of disconcerting noise at 3AM.]

An employee of the balloon company picked us up from our tent camp and drove us to the launch site. He was a determined driver and the drive over the dirt road helped assure that we were fully awake. Upon arrival, he smiled and asked us if we “liked the massage”.

Our balloon basket would take 16 passengers and one pilot. Because of the winds, the balloon company uses a slightly unusual method to load the balloon. In areas of low wind, passengers can safely climb into the upright basket as there is minimal danger a gust will launch it before the pilot is ready. But in areas of higher wind, the basket is laid on its side and we crawl in like an astronaut entering a rocket capsule. Eight passengers are on the bottom row, eight on the top for take off and landing. Once strapped in with seatbelts, they heat the air in the balloon until the basket is upright and we can all stand up.

In this case, “he” is Captain Jonathan. Jonathan is from Bristol England, has enchanting blue eyes (Susie comment) and the best British accent. His accent and demeanor were important to “some of us” as Susie dislikes flying. A big believer in gravity, she is happy to stay earthbound, thank you very much. [“But Steve,” I hear you say, “She travels all the time. Surely she does not mind flying.” Well my friends, she really does. As a young girl, every trip to the airport came with some comment from a parent that convinced her that flying was a perilous experience. Her mother occasionally insisted on buying flight insurance from the airport kiosk before they boarded and Susie has a vivid memory of the discussion of the selection of the beneficiaries should the flight crash. She remembers her dad looking at a DC-10 after a recent engine failure and calling it a “DC-9 and a half”. But Susie’s love of travel trumps her fear of flying. I see her willingness to fly as a great example of taking a “reasonable risk”. I admire her for keeping her a fear of flying a secret from her children so that she did not influence their experience.]

Once up, we enjoyed saw some truly beautiful sites.

Sunrise over the Serengeti. 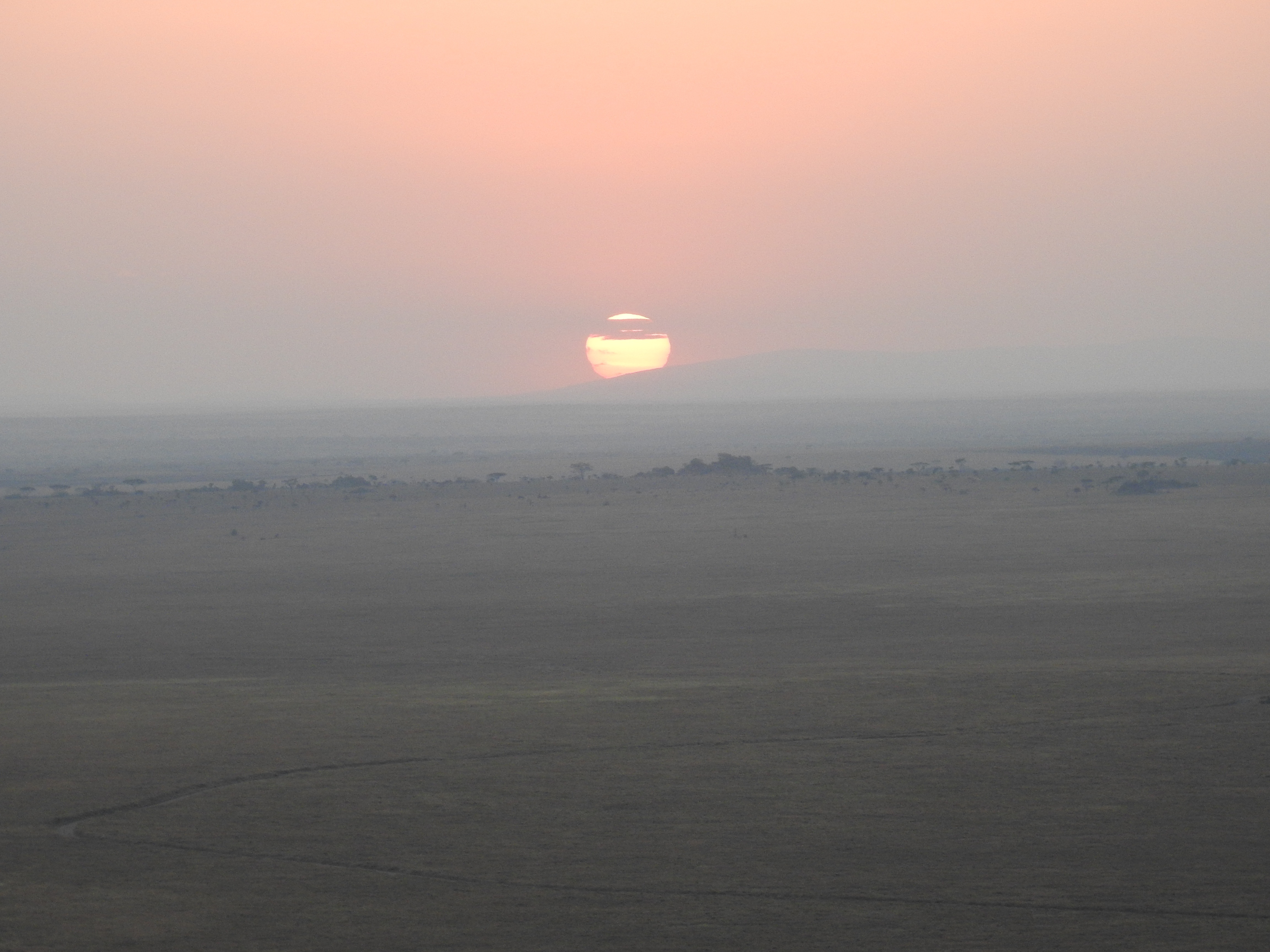 Pools of hippos in riverbeds inaccessible from any road. 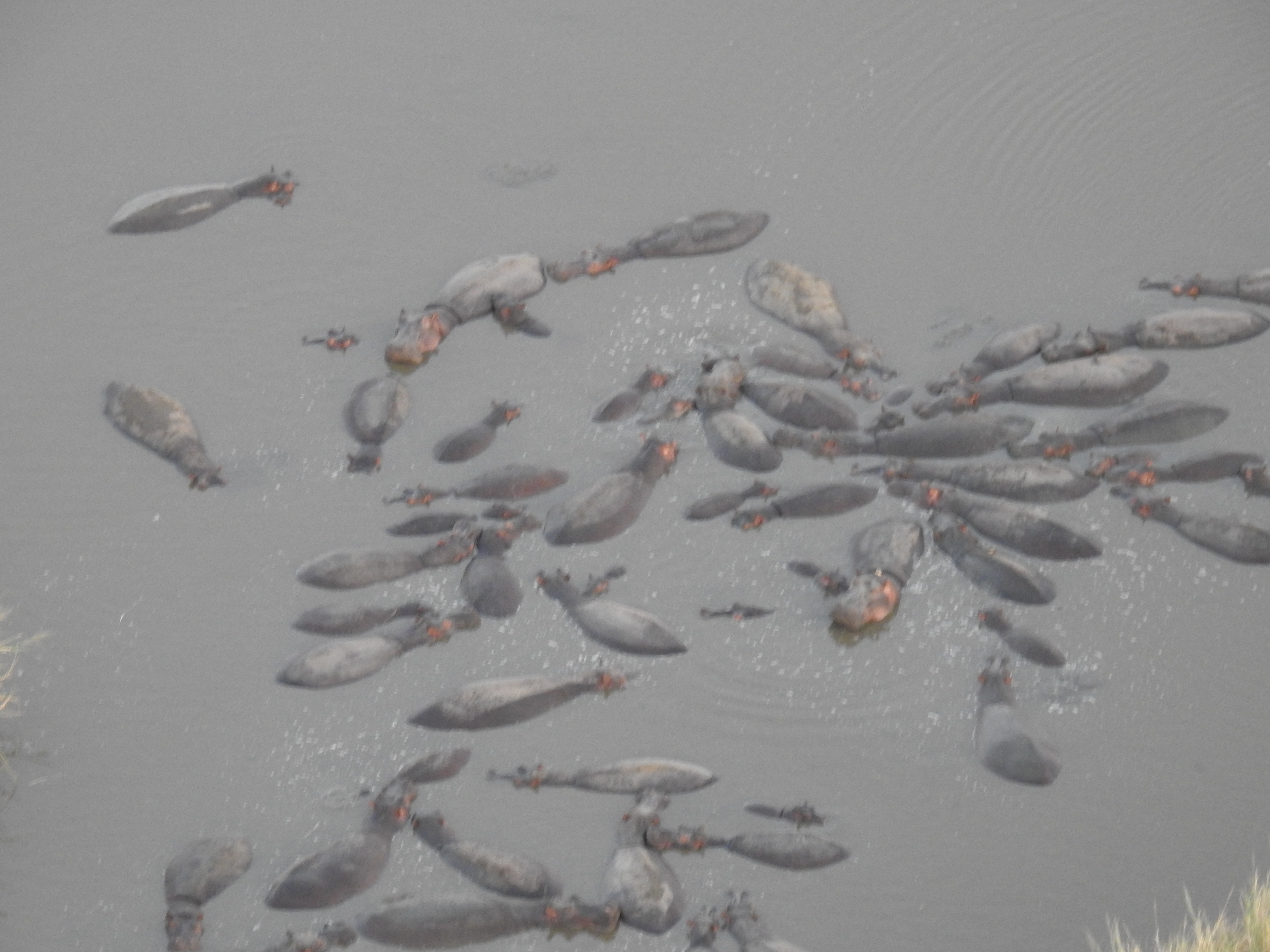 A pride of lions. I particularly like the contrast of the color between the lion’s mane (in the early sunlight) and his body in shadow. 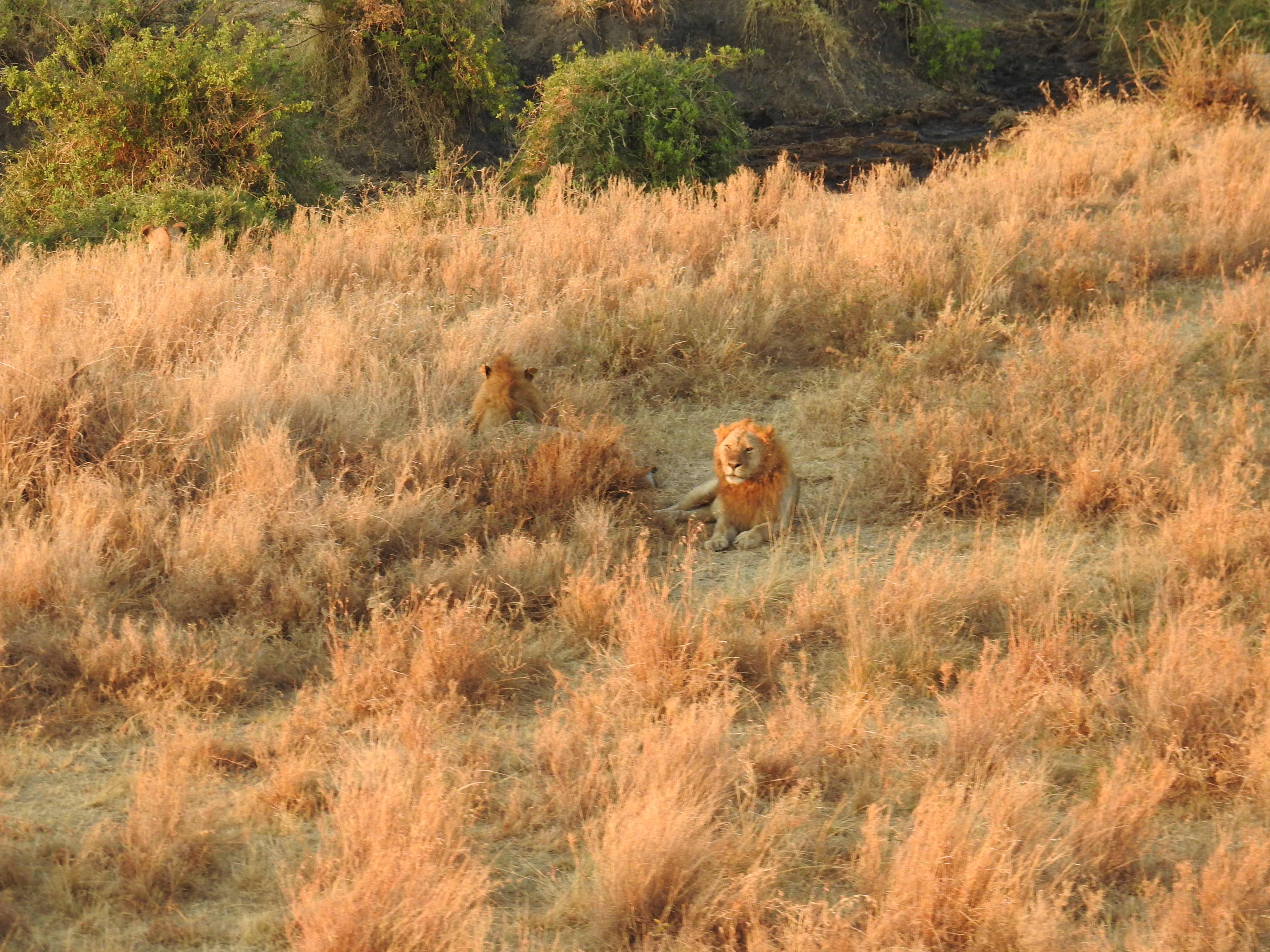 The other balloon and its passengers. 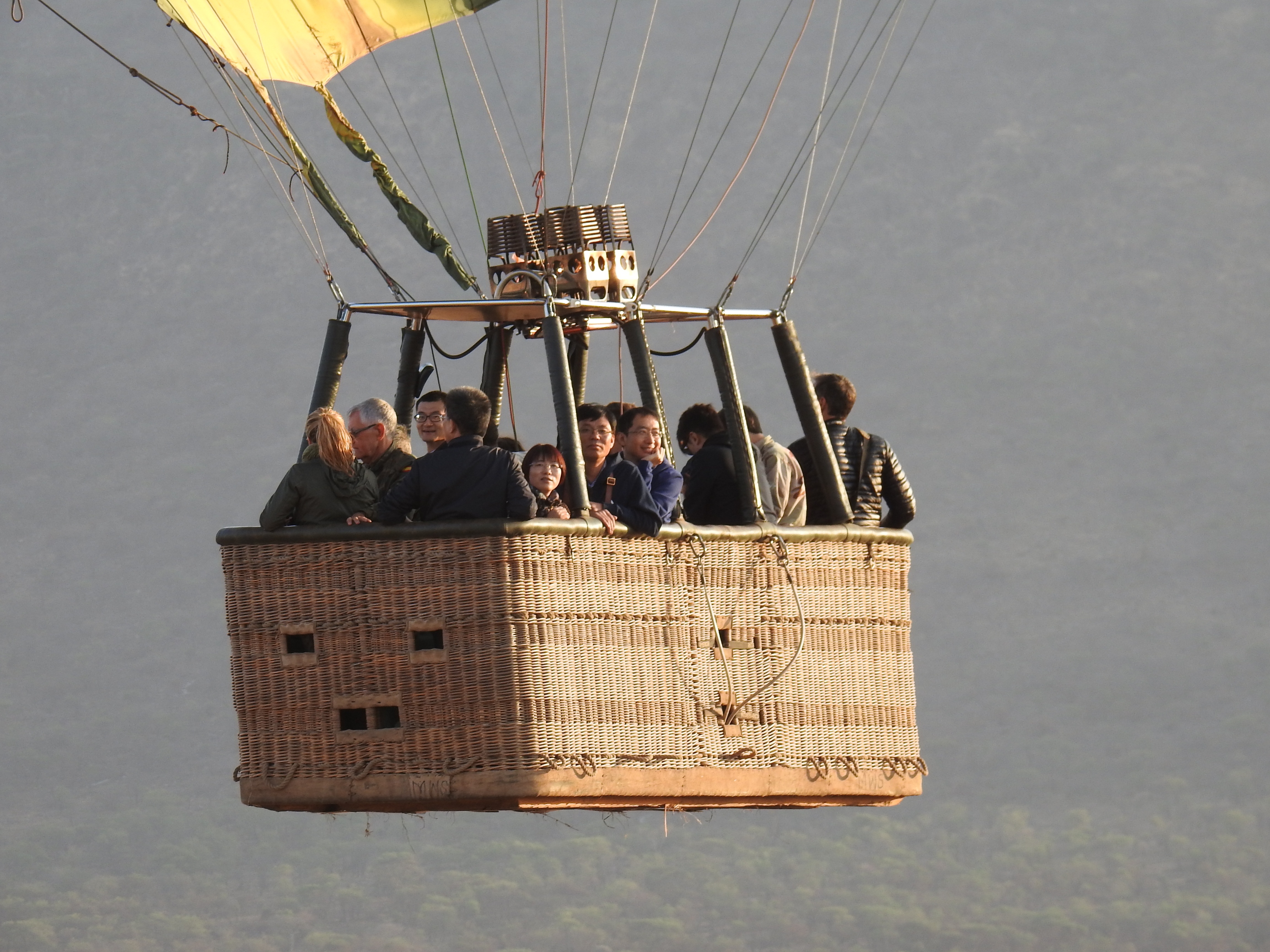 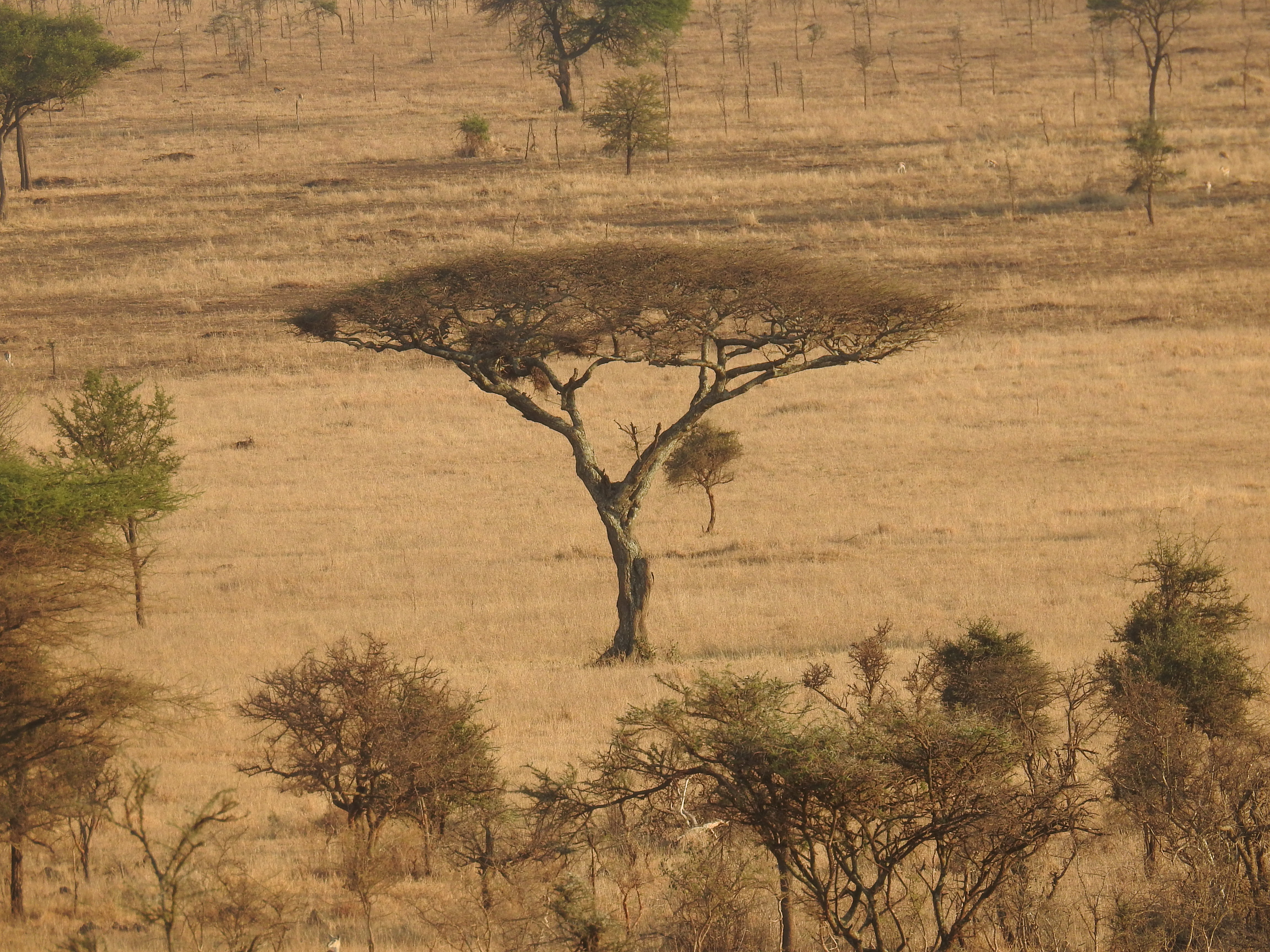 We would fly high and then drop way low. Look at the angle that I took this hippo photo from. 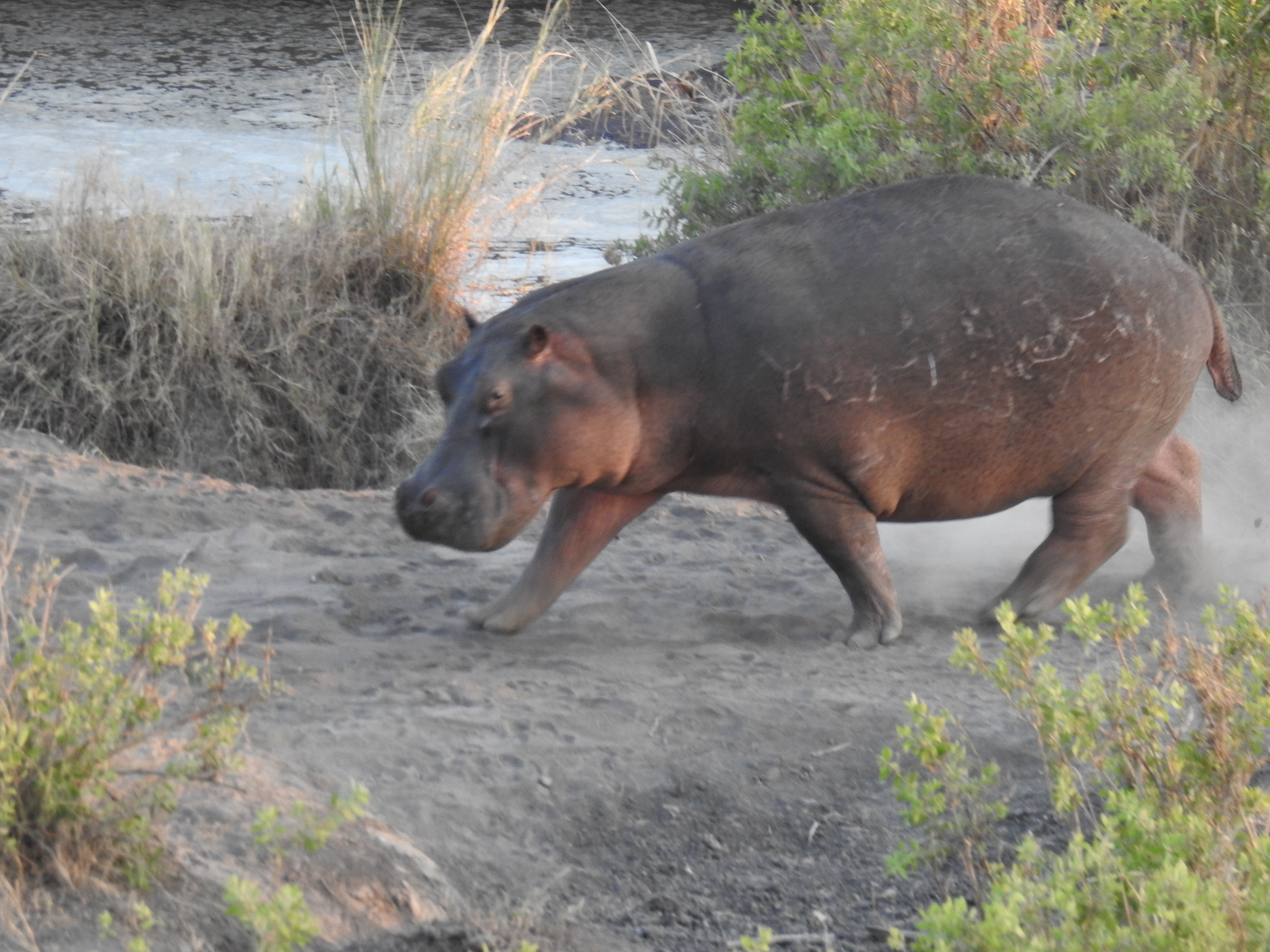 We flew for an hour and landed in a flat field. The landing was interesting. We were ordered to assume landing positions (same as take off) and hold off very tightly for some “jolly good fun”. Since the wind was still blowing, we would land, drag and hope not to tip back to sideways. We did not. In fact, Jonathan was quite proud of his landing. As his co-workers do every day, they assess each other’s performance. Today, as he often did, he had the smoothest landing.  Here is the family with our pilot. 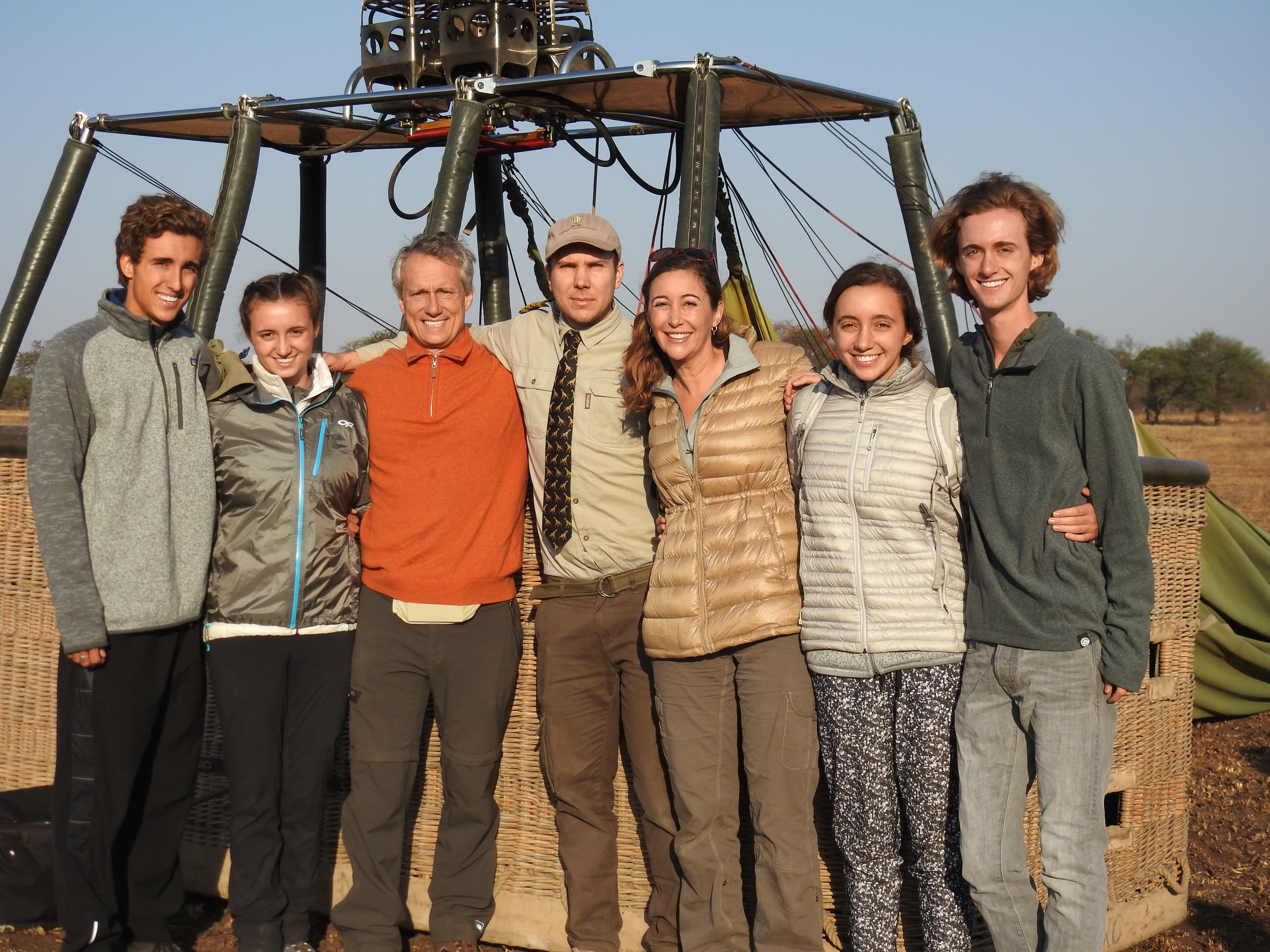 Before I continue with my story, I would like to share a conversation we had mid-air with the captain. About a month ago, we decided that our November travels will include Myanmar. Formerly called Burma, Myanmar only recently opened to travelers. I do not know many people who have gone there, but I saw a series of photos that captivated me of the Bagan temples. These temples look like something an animator made up. Like the Aztec or Cambodian temples, they are tucked into a thick jungle. What makes them so striking are their proximity to each other and their color, which creates a striking, contrast with the green of the jungle.

One other aspect makes them special – the winds make it possible to take epic balloon rides over the temples. In this way, you get an unequaled appreciation for their unique nature.

Once I saw those photos, we decided to go to Myanmar. And to take a balloon ride.

We mentioned this to Capt. Jonathan. It turns out that he flies only balloons in the Serengeti part time. You guessed it, the rest of the year he flies balloons in Myanmar.

So we have our balloon outfitter and our pilot for November.

Speaking of pilots, that brings me to the second half of the experience.

After landing, they took us to an iconic beautiful Serengeti tree and offered us champagne. But they did much more than that. They shared some stories to explain why champagne is part of the balloon experience.

Ballooning starting in France in the 1780’s. Two men noticed that paper above a fire would rise. They assumed that smoke was the reason that this happened (not hot air). Our host told us the names, but I forgot them. What I do remember is the fact that one of them was named Pilotte and would be the reason we call aviation fliers “pilots” to this day.

He and his friend designed a balloon with a basket. In the basket, they put fire full of manure and peat (remember the assumption about smoke) and three cages for a rooster, a duck and a sheep. The first test pilots. They wanted to make sure that no one would die at altitude. The first balloon went up – and came down. The men found three very sooty, but quite alive farm animals. The first balloon trip was a success.

This trip created great excitement in France, particularly among the nobles. Louis XVI and Marie Antoinette invited them to Versailles for the first human demonstration. [Note: the fact that the entire French nobility would stop for ballooning during serious poverty might help explain why Louis and Marie might find themselves headless soon after this story ends.]

The two men had promised their families that they would not actually fly. Louis ordered 2 convicts to be the first pilots. Marie told him that this was a great idea if they died, but not so much if they were successful and became heroes. They sent the convicts away and two noblemen volunteered. Because of the smoke, both were given outfits that included black face masks.

They took off from Versailles and flew. They flew for many miles and landed in a peasant’s farm. The initial landing was rough, expelling the nobles from the basket. With the reduced weight, the balloon rose again and came back down a few hundred meters away. Unfortunately, the fire was still going, setting fire to the crops. The peasant-farmers assumed this was a demon monster and attacked it with pitchforks to kill it.

Having slain the wicker, they then noticed two creatures with black faces rising up through the smoke in the distance. They assumed that they had risen from the bowels of the earth.

The nobles only barely escaped the peasants and their pitchforks.

Ballooning became an obsession, but the nobles wanted to find wise ways to mitigate the pitchfork risk. The answer (from the King himself) was to equip every balloon pilot with Champagne with the king’s label as proof that they were not demons or monsters.

Frankly, I assumed that the burning of crops was a bigger issue than the superstition, but the solution apparently saved lives. 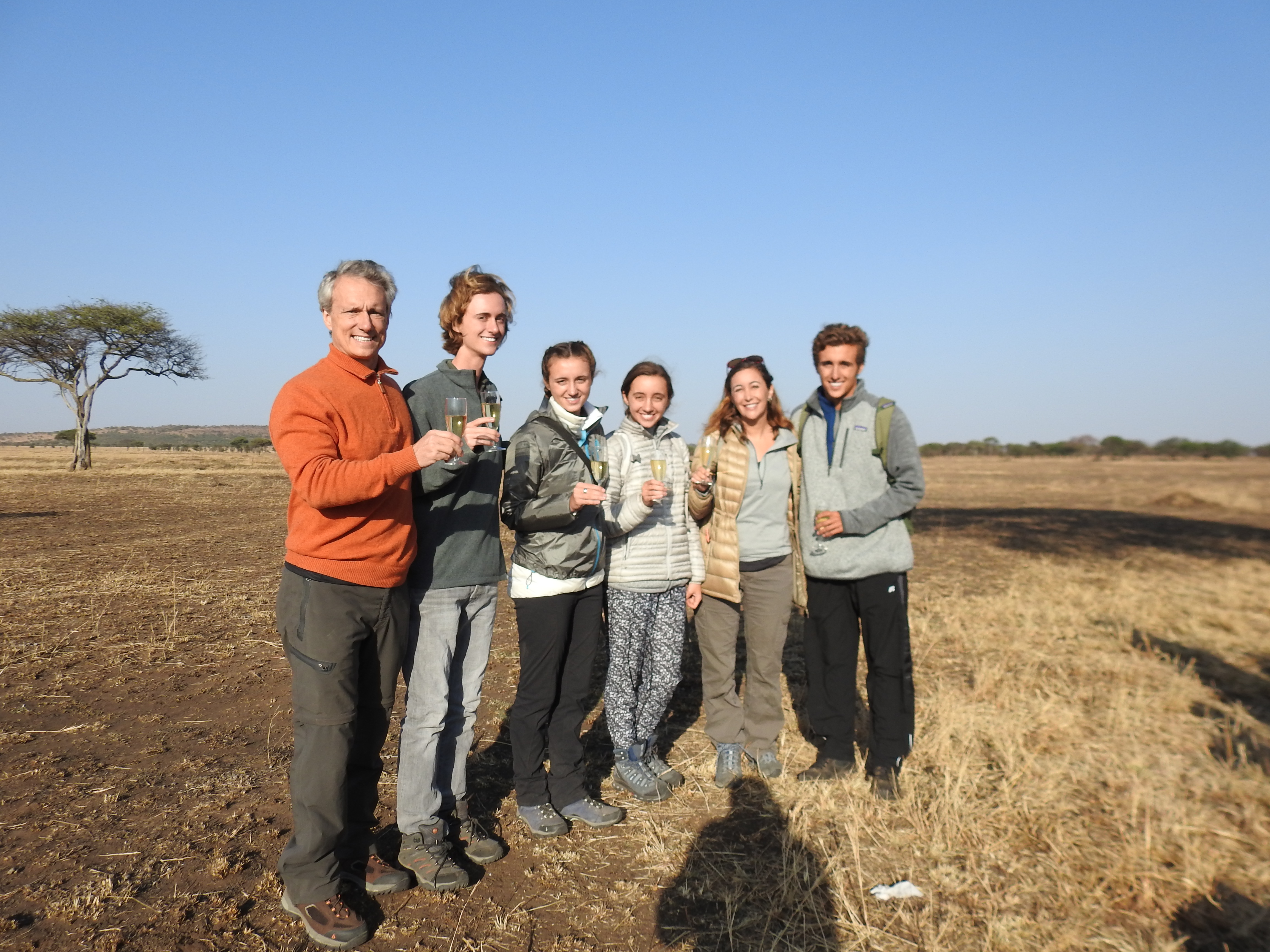 We concluded the day with a meal that felt like something out of a Merchant-Ivory movie. We had a picnic under a tree in the middle of nowhere.   The team wore traditional outfits. Susie was like Meryl Streep in “Out of Africa”. 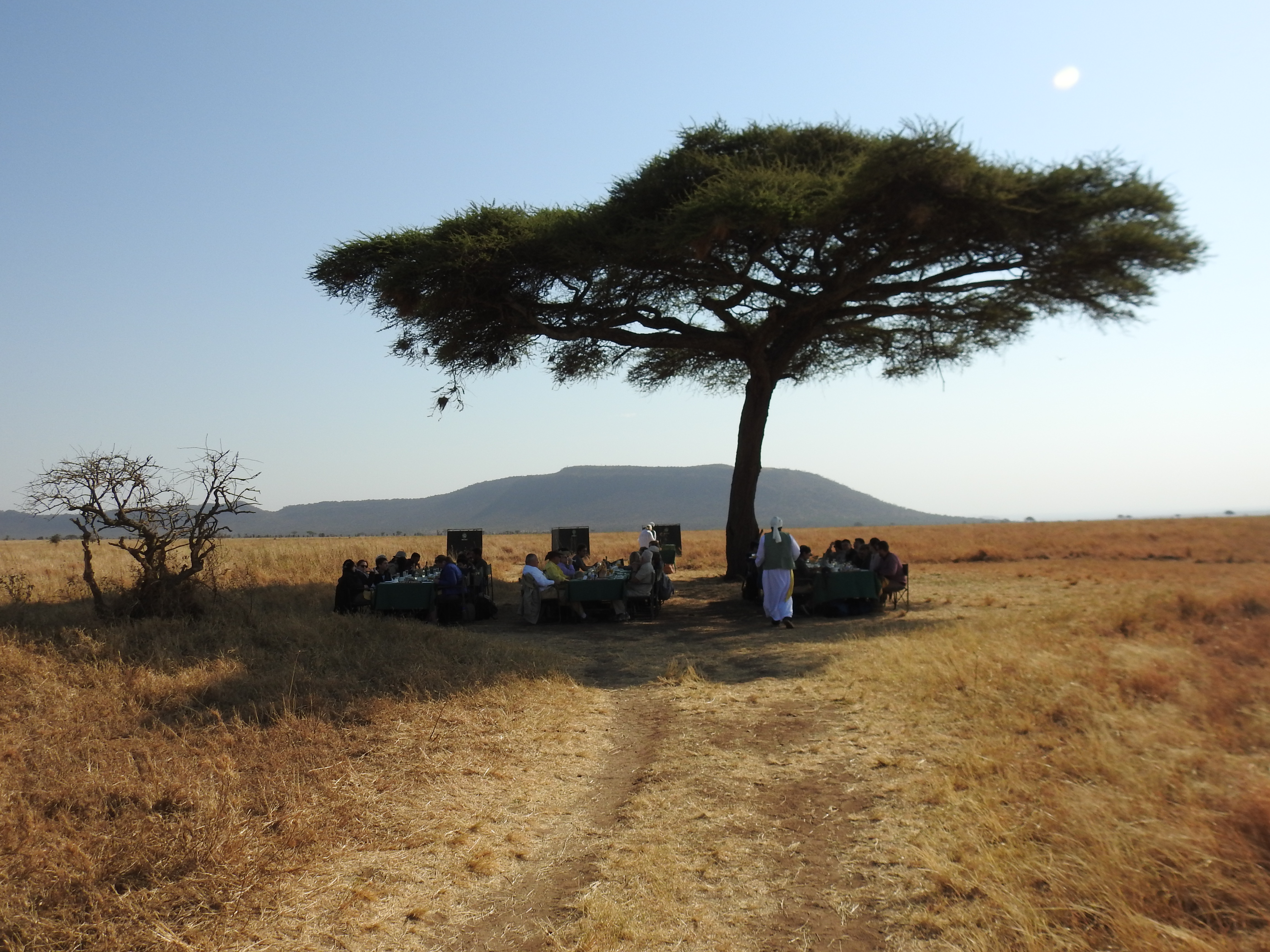 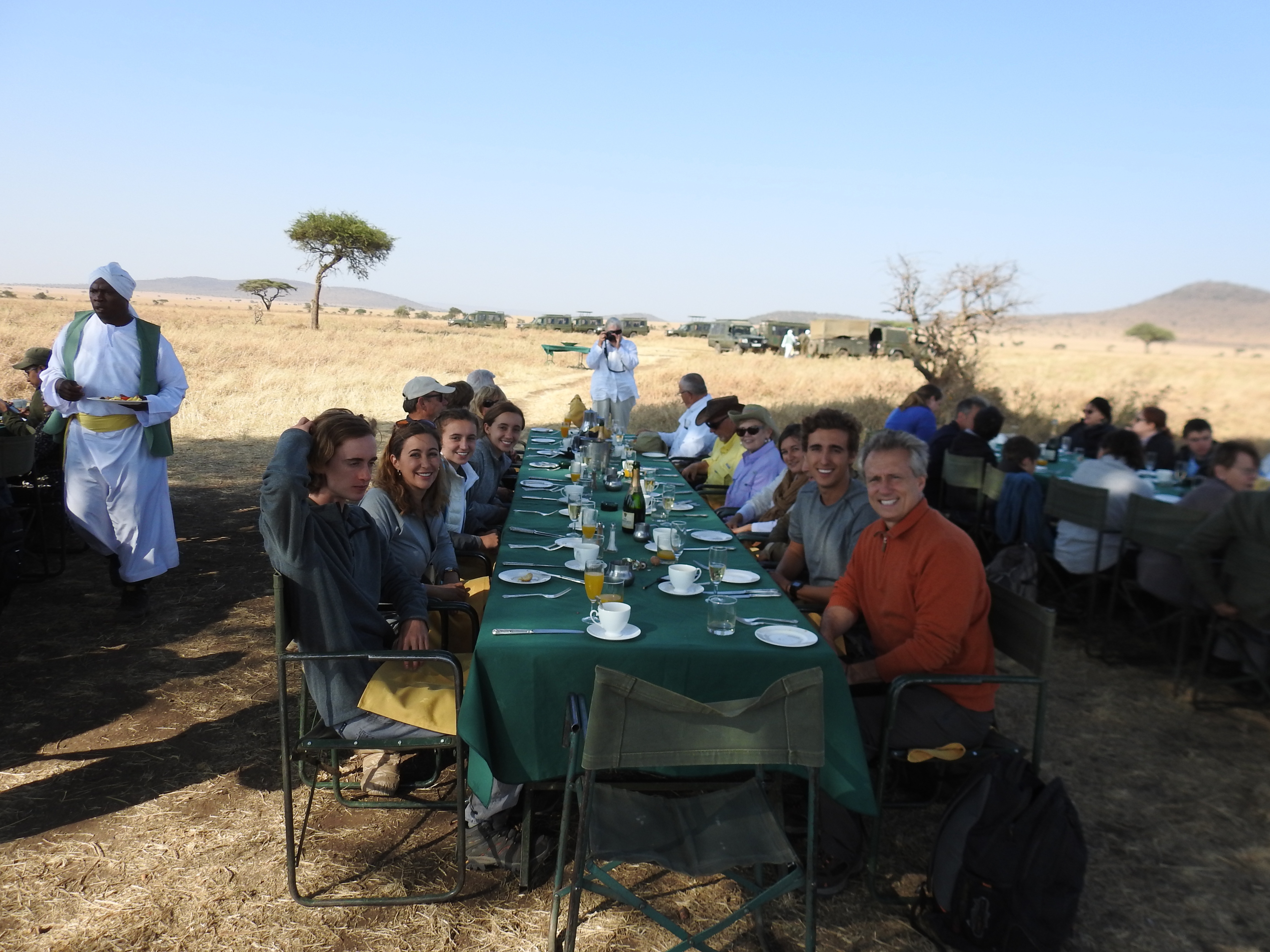 The bathrooms were port-a-toilets hidden behind partitions called “A Loo With a View”. 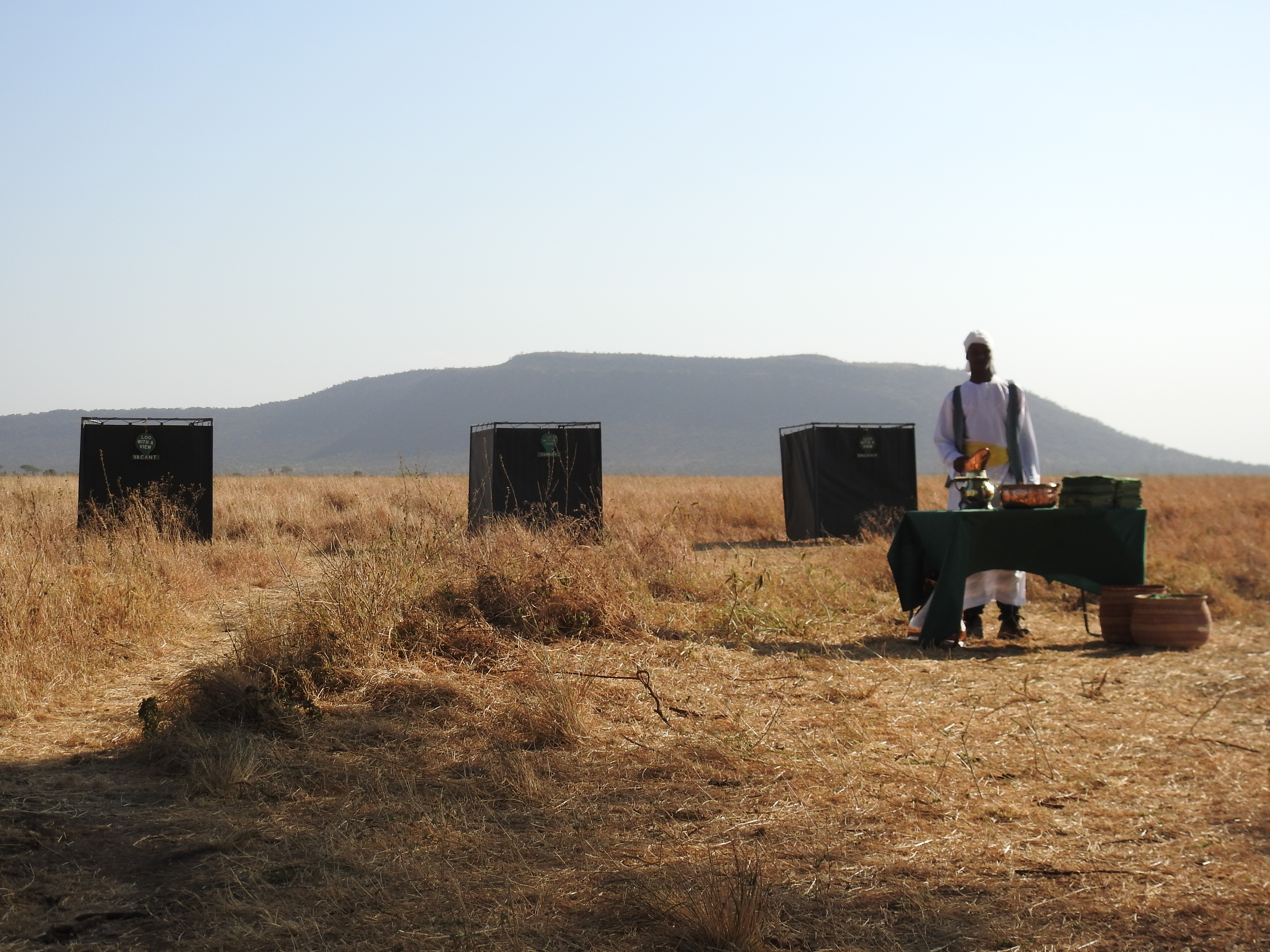 In short, this was simply a magical experience.

We cannot wait to reconnect with Capt. Jonathan in Myanmar.