Secret Agents on a Mission 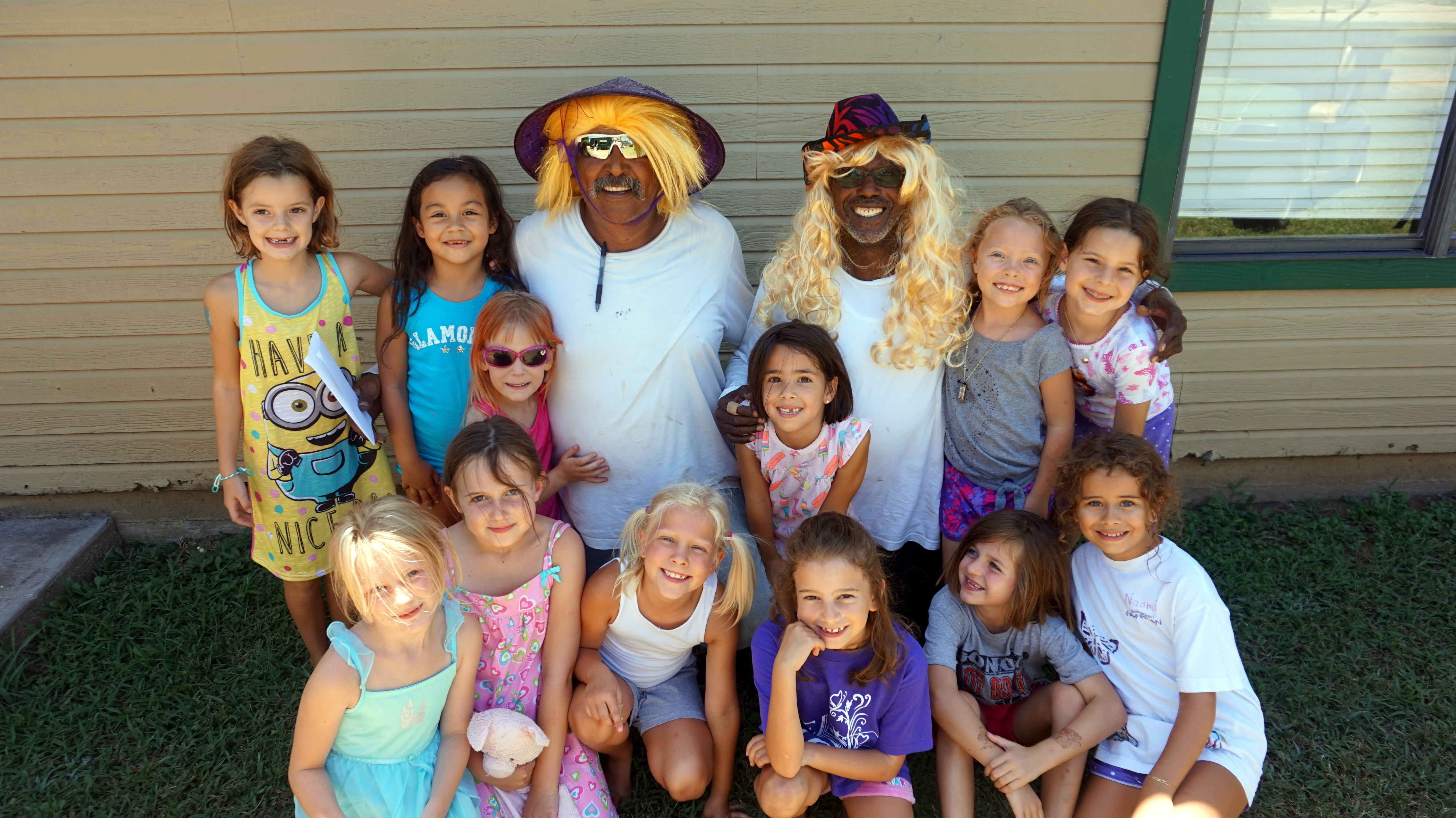 Did you know that there are secret agents at Camp Champions?

I did not either until recently, but apparently they are on a mission.

The secret agents are in our cabin of youngest girls (our Batter Up campers). Their counselors decided to call them secret agents on a whim to see if that would help them be better listeners. [Note: everyone reading this has experience with 6 and 7 year-olds. Imagine having 12 of them and needing to shepherd them from point to point around camp. Imagine organizing them to clean a cabin. This is not easy. I suspect that many international spy missions are, in fact, easier.]

“OK, secret agents, its time to go to the cabin and change for waterskiing.”

“Secret agents, come in close to hear today’s mission. We will be climbing the wall and we need to be brave.”

“That was ‘Taps’ that just played on the PA system. We need to be quiet so that no one will know how many of us there are. Let me read a book to you while we remain quiet.”

You get the idea.

As often happens at camp, a fun idea expands and gets a life of its own. Such is the case with the secret agents.

We have two men who have worked with us for quite a while on our maintenance team, Henry (18 years) and Wilbert (8 years). They are committed to this place and love serving our mission. In fact, they remind me of one of my favorite stories.

During the Apollo moon missions, Time Magazine sent a top reporter to interview all the key players during the race to land a man on the moon: the astronauts, the flight director, the rocket scientists, etc.

Late one night, the reporter was typing up his notes in the control room by himself. At least, he started alone. After some time, an elderly gentleman entered the hall and began to sweep and empty the waste paper baskets.

The reporter decided that he should interview him as well and approached him, “Hello sir. I am with Time Magazine and I am interviewing everyone that is working on this project. May I talk with you?”

I love this story and I strive to be the person that remembers our mission and does not get caught up in the minutiae of each day. I also admire that someone doing the most humble of jobs is connected to the broader mission.

Henry and Wilbert are men like the custodian at NASA. They almost never meet a camper or talk to a counselor. They arrive everyday around 6:30 or 7:00 AM and quietly move sprinklers, repair plumbing, repaint signs and fix cabin screens. [Note: we estimate that campers knock out or kick out 10-15 screens every week. They must really dislike those screens.]

Occasionally, however, they get a chance to be a more overt part of camp.

In the picture you see here, they were introduced to the 12 “secret agents” in cabin 12 as the “OG (original) secret agents” who would be giving them important missions. For example, their first task was to “take a picture with the OG Agents”. Another included being a food tester for some donuts (being an agent can be hard).

As you can tell from the photo, everyone is having fun. In fact, I am not sure who is enjoying these missions the most!

PS The counselors also got Susie Ma’am into the act. She delivered an envelope while wearing a dark wig, moustache and a trench coat.  This is not the most flattering picture of Susie Ma’am. 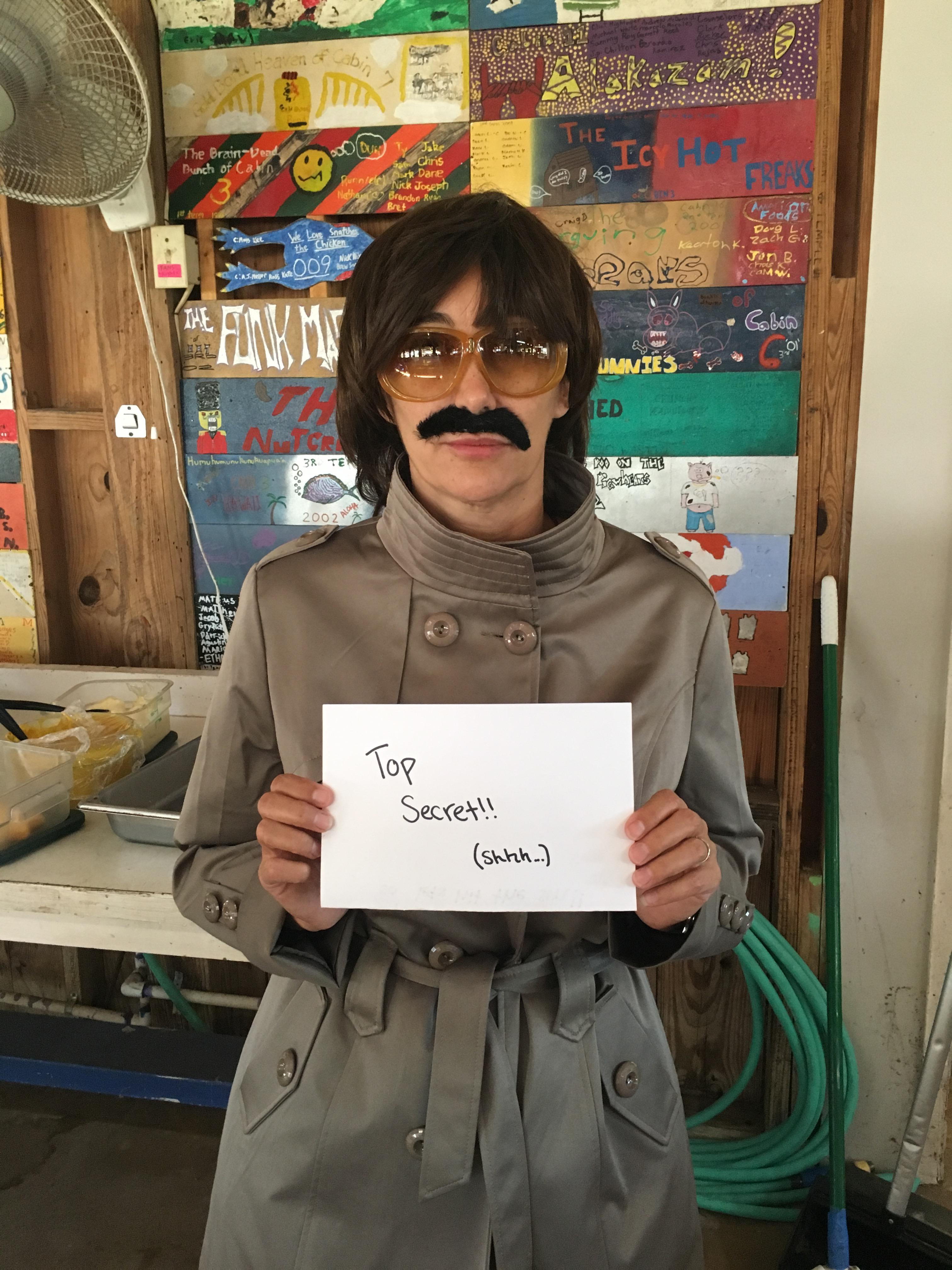