Vespers and Being Kind 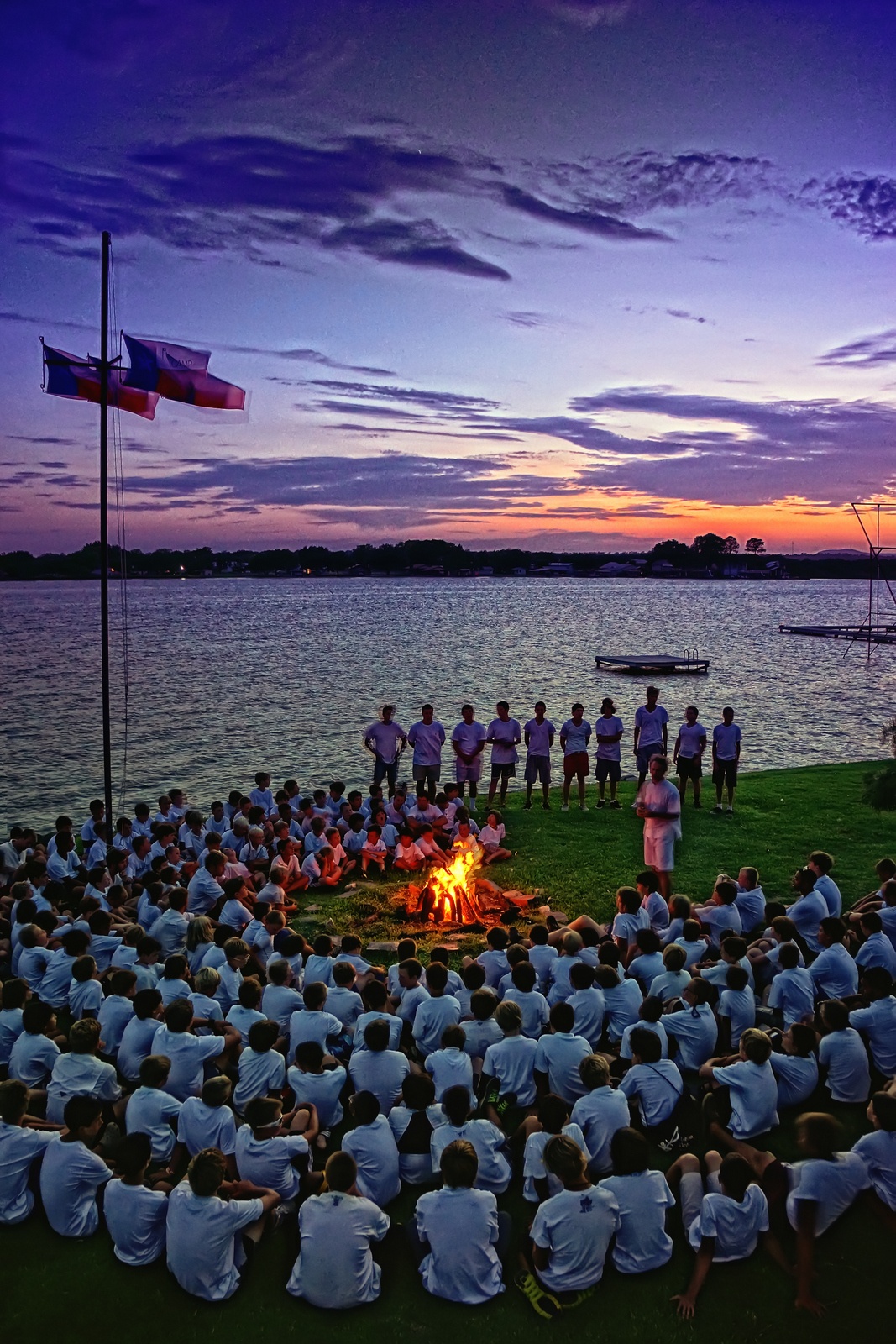 On Sunday evenings, we have Vespers. Vespers is not a religious event, but it is a time when we slow down, talk about our values and appreciate each other. On the guys’ side, we thank each other for acts of kindness (called “Grateful Deeds”) and share stories. Susie Ma’am also tell tales.

The following is one of Susie Ma’am stories.

Susie Ma’am stood next to the campfire at the girls’ sail point. She was speaking at Vespers, a Sunday night gathering during which we talk about our community and our values. It is not a religious service, but it has a deep, even sacred feel to it. For a little less than an hour, campers sit (boys and girls separately) wearing white shirts and sharing. Most of camp is high-energy and crazy, but vespers allows up to slow down and be intentional.

The story that Susie Ma’am told came from her middle school years in 5th and 6th grade. She was not part of the “in” crowd, but was also not really an outsider. She was in the middle of the social hierarchy of her school.

The story was about about Sean Moffatt. Sean was awkward and did not have many friends. Susie was one of a handful of people that spent time with him. As the fall of her 5th grade year went on, some of the “in” girls started to include her in some of their activities. Having felt like an outsider, this newfound acceptance was delicious to her. She was excited to be part of the “right crowd”.

In December, her ascendance was continuing just in time for her birthday party. She was excited to invite the “A Lister’s” of her school. [Note: as an adult, I marvel at the fact that we once knew and cared who was on the “A List” as a 12 year-old, but we certainly did. It seems so silly now. It did not then.]

As she looked at the list, she saw Sean Moffatt’s name. He was not part of any “in” crowd. Inviting him felt like social suicide to Susie.

So she did not invite Sean. He was hurt, feeling abandoned by one of the people he had come to trust. Once she saw what she did, she felt terrible.

She felt terrible enough that Sean Moffatt would become on of her regrets. She regretted it enough to tell all her campers that she wishes she could have a time machine long enough to send one stamped invitation to Sean.

Susie did not stay with the “in” crowd much longer. They were too inconsistent for her and her coolness factor was not strong enough to assure her a spot. [Note: as Susie Ma’am’s most unapologetic fan, I marvel that any group would not adore her, but who can account for the taste of 11-12 year-olds?]

Susie Ma’am shared the story to talk about kindness. We will all have choices in our lives between being kind and being cool. Of course, we will have opportunities to be both at the same time, but those are easy. We are challenged when we need to make the choice.

She also ended her talk on a positive note. She assures all the girls that middle school is hard, but that it will end. Life gets better in high school. Further, she shares one of the great gifts of camp: when classmates at home are mean, cabinmates from camp still know you are awesome and care about you. As such, camp friends are like an insurance policy from social cruelty at home: they do not take all the pain away, but they do make it substantially easier to carry on.

When Susie Ma’am said this, many of the Senior Campers (the campers who have finished 9th, 10th and 11th grade) responded aloud.

“You are right Susie Ma’am.”

“I am much happier now.”

“I can count on my camp friends.”

Middle school is simply tough. It is tough at home and can be challenging at camp as well. But at camp, we get the chance to talk about it and create a culture that encourages kindness and acceptance. We do not have to teach science or math, we get to focus on community and respect.   For this reason, I always hope that campers will continue to come to camp during these years. By doing so, they get two gifts: 1) the ‘camp friend insurance policy’ against meanness at home and 2) a community that helps teach ways to kinder to each other.

PS At least 10 campers have offered to find Sean Moffatt for Susie Ma’am. Of course, she has tried herself, but to no avail. We hope someday to get him that invitation.