The Tiger Story and the Tiger Club 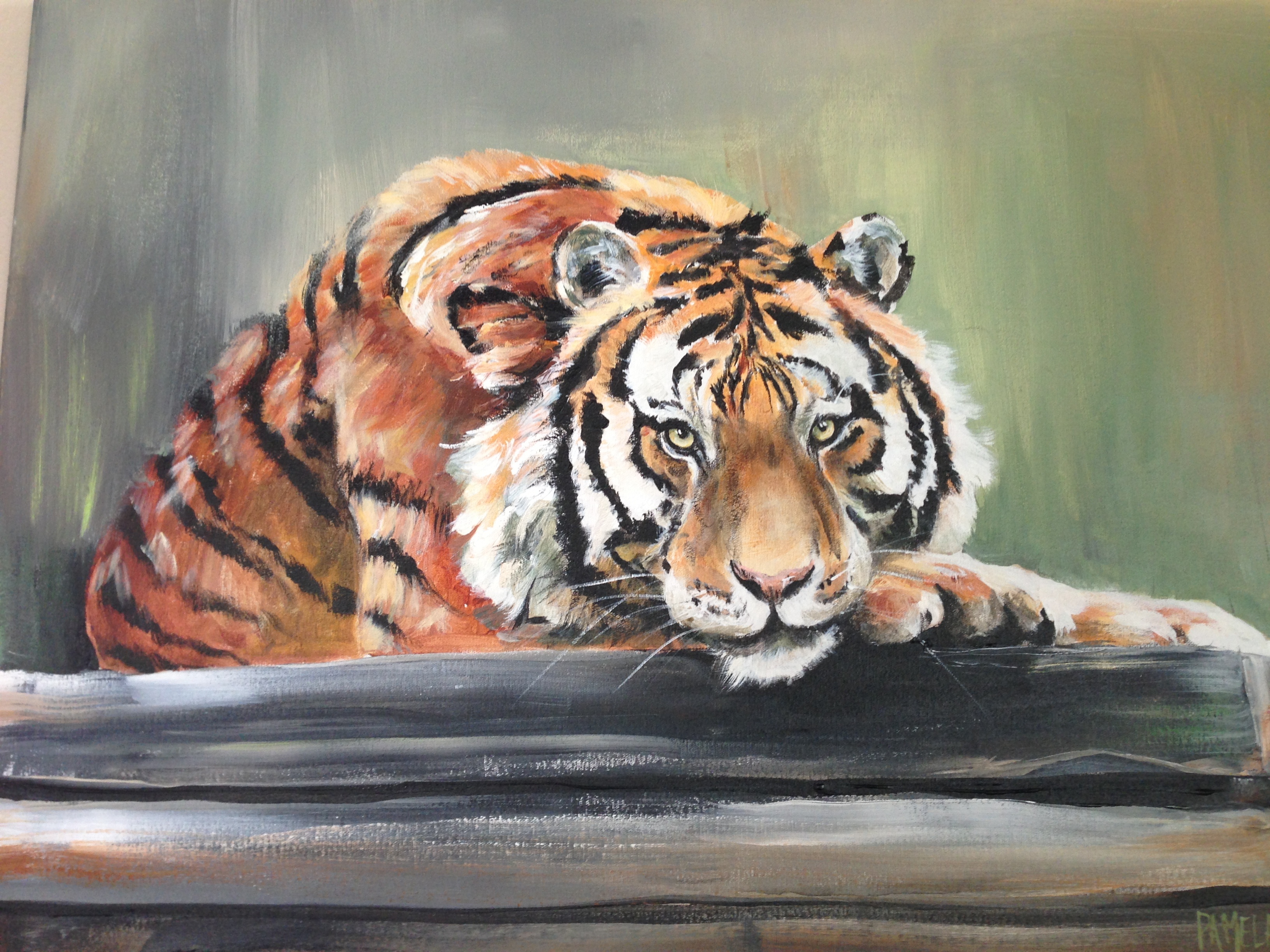 When a camper brings a friend to camp, he or she becomes a member of the Tiger Club, to thank them for helping make our community better.

Each year, I share a particular story about a young tiger. I hope you enjoy it.

The abandoned cub then started to watch the goats and learn their ways. He ate grass, learned to bleat and milled about. For all practical purposes, he was a goat.

Noting the younger tiger’s condition, the larger tiger commented, “Friend, you look awful. I have some antelope back in the cave. Lets go there and get some meat on your bones.”

“But I am a vegetarian. I eat grass.”

“No! You are a carnivore. A tiger. You are top of the food chain!”

The first tiger then thought of a different approach. “Come with me to the watering hole.’

“Look at my reflection: the whiskers, the ears, the stripes, the piercing eyes. That is the face of a tiger. Look at your face – it is just like mine.”

But having spent all his conscious life as a goat, he could not believe him.

The first tiger (the larger one) became fed up with the smaller one, and dragged him back to his cave, determined to teach the confused one how to be a tiger. Once back, the first tiger let out a giant, spine trembling tiger roar, and asked the second to do the same. The second tiger took in a huge breath, and let out a tiny squeak that could not have outdone a common housecat.

In the cave, the first tiger had some leftover antelope, and took a big chunk off with his giant paw and jammed it into the second tiger’s mouth. The second tiger tried to swallow, but, (and this is the way the original Sanskrit text reads) ‘the second tiger first choked at first, as do we all on the truth’. But he kept chewing and working, and finally managed swallow the antelope. At this point, his body understood. This is the protein he has been missing. He came to understand. He then stood up, squared his shoulders, and let out his first real tiger roar.

I share this story with our counselors each year on the first day of orientation for two reasons. After telling the tale, I share two thoughts with them:

First reason is the fact that in this life, we are all born tigers. We are unique and powerful. We have our own singular confluence of passions, talents, goals and instincts. Yet, most of us end up living our lives like goat, milling aimlessly or following yet another goat through unfulfilled and unfocused lives. Madison Avenue loves goats – much easier to sell fashion, brands and cars to. Tigers are entirely different. They know their own power and their gifts and goals.

The second reason I share this is because it often takes another tiger to help you find your “tigerness”. This summer you (speaking to the counselors) will be surrounded by some of the cutest tiger cubs you have ever seen, but they might not know yet. But you cannot just tell them. Instead, you need to be a tiger everyday. You must see opportunity when others see problems. You need to embrace everyday as a gift to be treasured. If they see enough tigers, I believe they will know it is possible for them and they will soon find their own tigerness.