The Buck Did Not Stop Here (and a Safari) 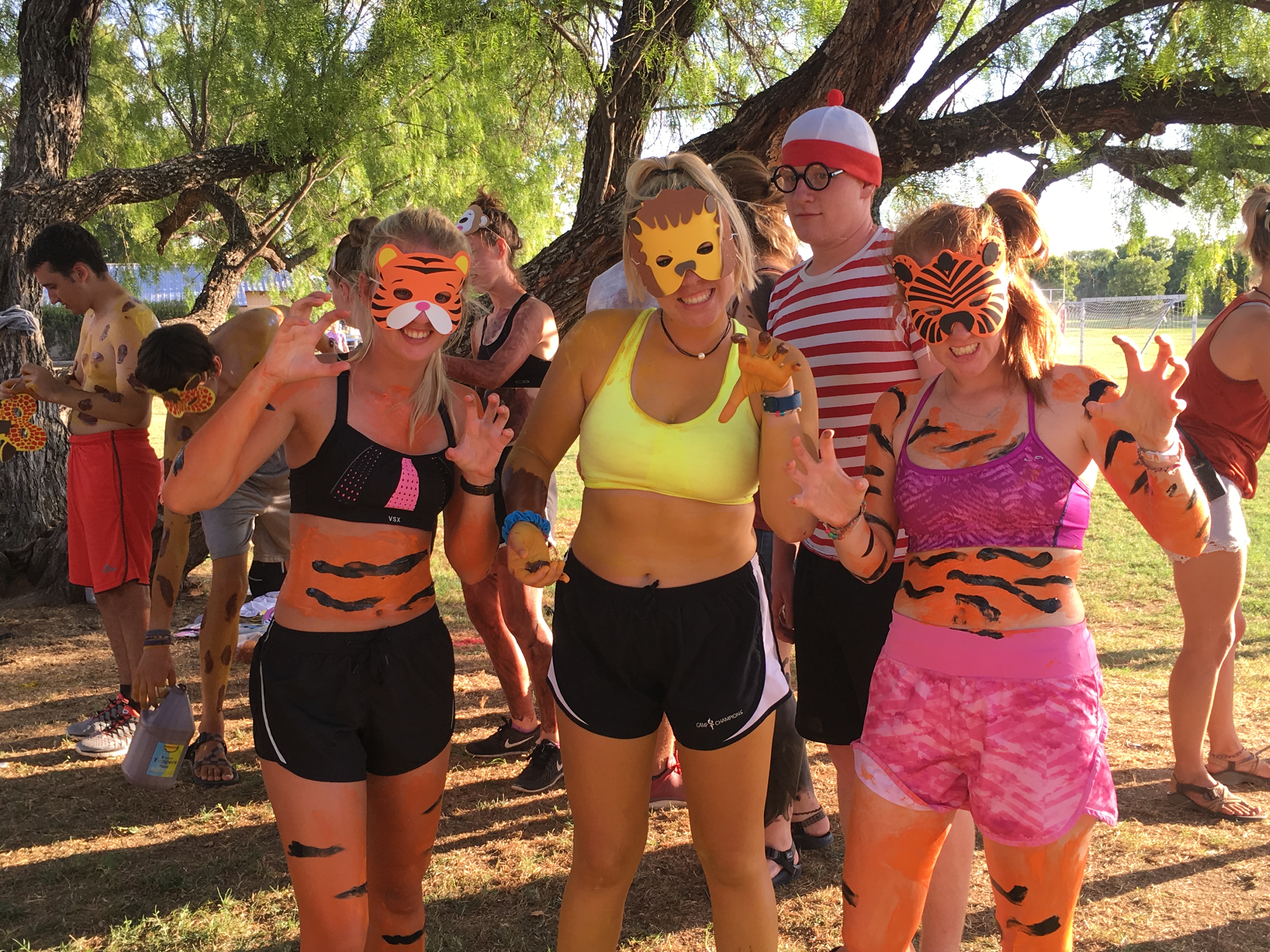 They said it was three blurs. Or, more accurately, two blurs and a bassett.

Allow me to explain.

We have a camp dog. Her name is Dodger. She is a basset hound. She has no ferocity and mildly below-average intelligence. She is slow. When she chases squirrels, they run away in an almost casual manner. Happily, we do not need her to be fast or slow. Her only job is to bring smiles to campers and accept love.

Her best dog friend is Lucy. Lucy belongs to our Girls’ Camp Director (Leah Ma’am) and our Activity Director (Robbie Sir). Lucy is a larger dog that mildly resembles a cute wolf. She is also terminally shy; avoiding campers whenever she can.

Today, they created a scene that I have now heard described a dozen times. I did not see it myself nor are there any photos.

I am sad for both of those facts.

Somehow, Lucy and Dodger managed to find and spook a male deer. While the accounts vary, we now estimate it was a 7 or 8-point buck. When the deer saw them, he started to run. The dogs took chase.

Lucy’s pursuit was insufficient to catch the deer, but it was at least viable. You could imagine Lucy catching the deer if it were to trip or falter. Dodger, on the other hand, was pursuing at a pace that led one to question whether she was really part of the same chase. To be clear, Dodger ran as fast as she could, but that was nothing to get excited about.

After a few seconds, the deer arrived at the edge of the lake. Seeing that Lucy was closing, it jumped in and started to swim.

Had you asked me yesterday whether deer are capable swimmers, I would have not been able to answer. Now I know.

A full-grown male deer can swim across a 400-meter lake in less than 6 minutes.

One of our Scottish counselors (Michaela) watched the entire scene. Dodger barked and bayed at the water’s edge as if the deer were running/swimming from her. Michaela dryly commented in her lovely Scottish brogue, “Finally, she acts like a proper hound!”

But that was not the only animal chasing that happened today.

OK, perhaps not genetically authentic animals, but we do have zebras, tigers, elephants and other wild creatures. Or, to be more precise, we had our counselors painted and costumed like different animals for “Safari”, our evening activity.

During Safari, teams of campers chase running animals and find hiding animals (oh, and Waldo - see photo) for points. It is one of my favorite activities to observe. Campers are laughing and running while the counselor-animals attempt to avoid them. At first, the counselors are good at running away, but over time this changes for two reasons.

First, the campers develop superior chasing strategies. They learn. They find ways to trap the counselors. 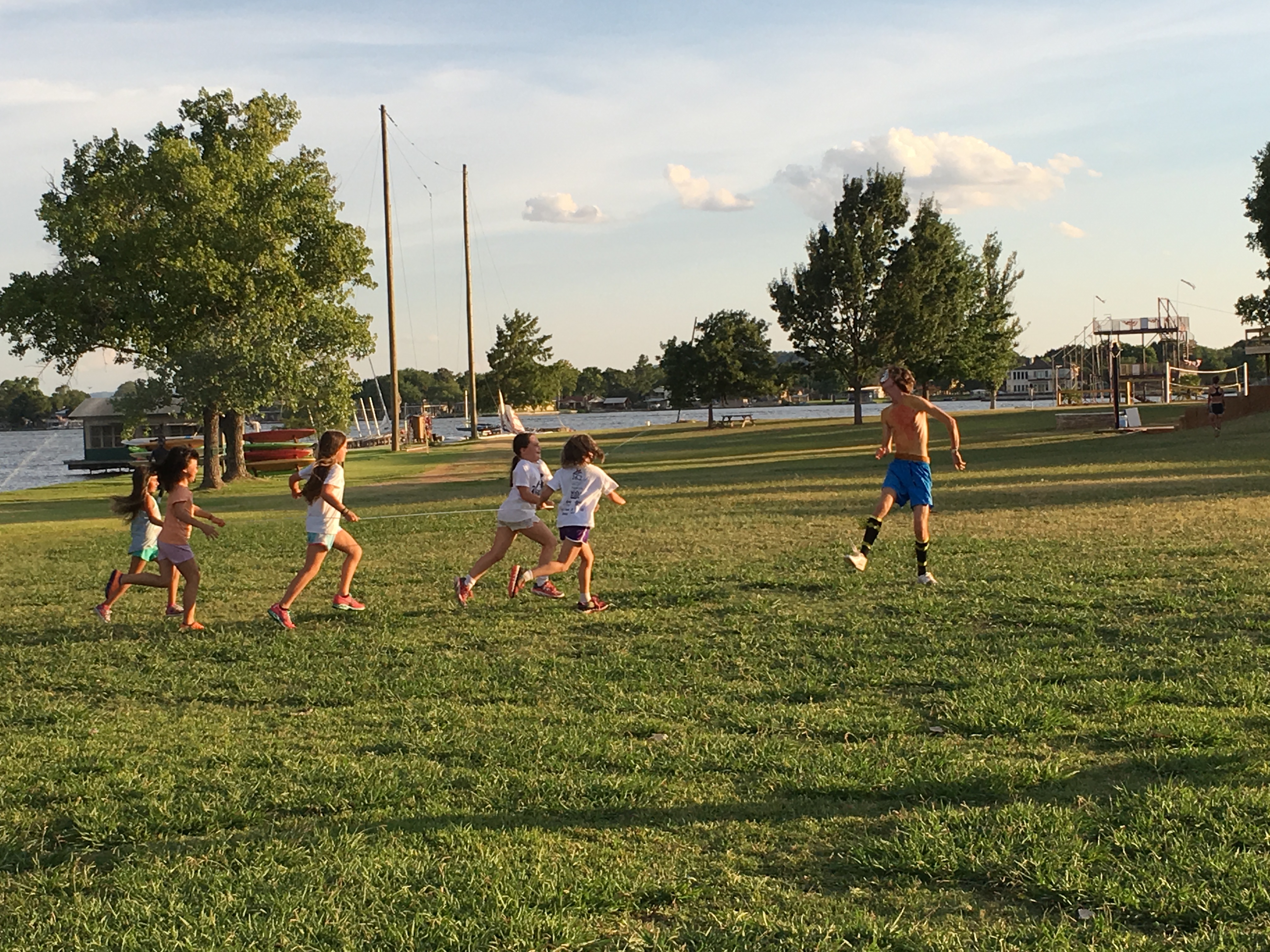 Second, the counselors get tired.

In the end, it does not matter who wins. It is simply a great evening of fun that also helps tire out the campers. We like to have the campers exhaust themselves on the first couple of nights so that they have great sleep and get into the rhythm of camp.

So please know that today has been a great, safe day at camp.   We look forward to having another great day tomorrow.