Getting a Boost From Ben Sir's Band 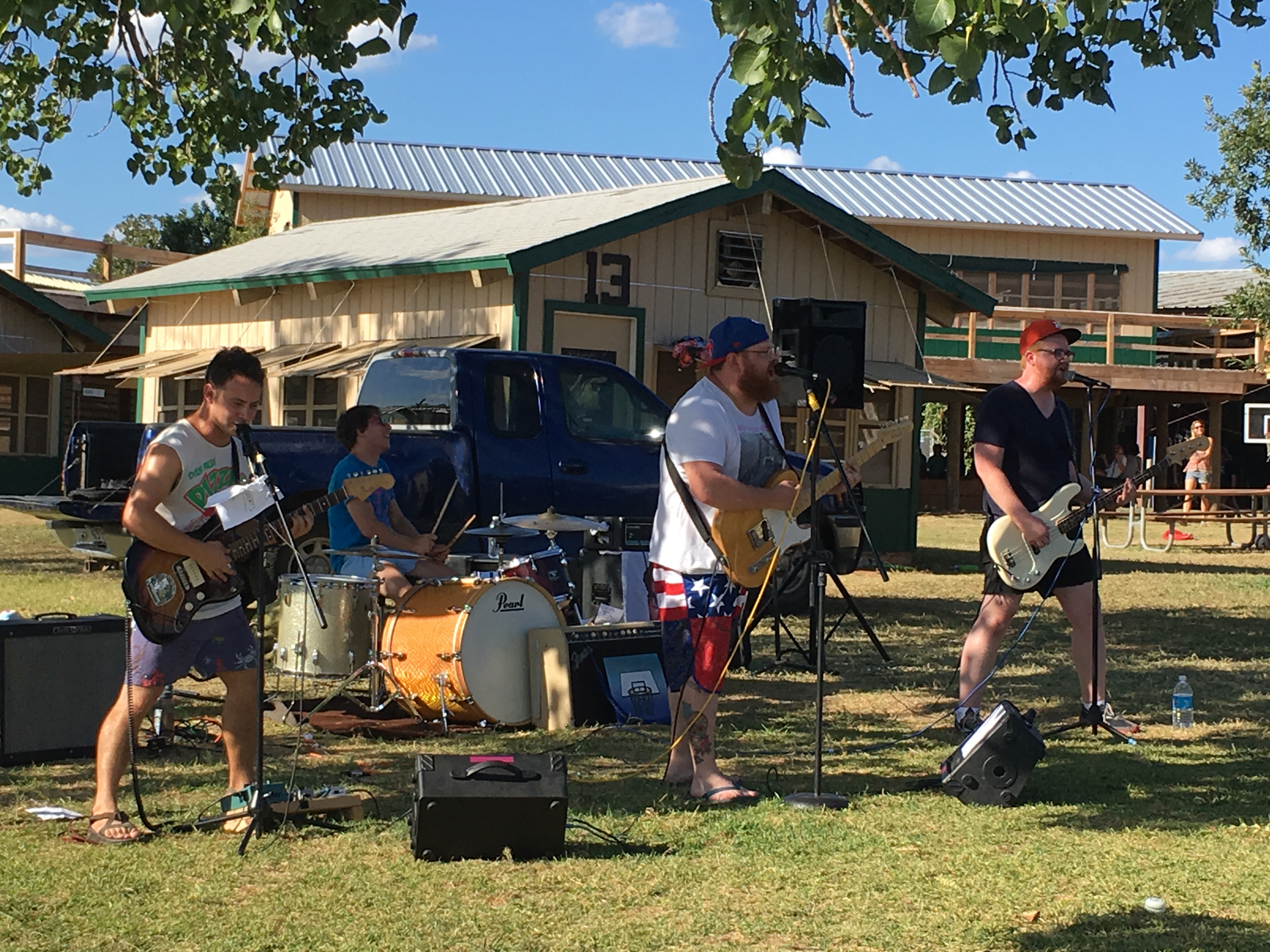 People often ask whether I ever get tired being a camp director.

My answer is that I never get tired of the mission, the people or the variety.

But sometimes I do get physically tired. The pace of the summer is unusual. We spend 40 weeks planning for 2 weeks of orientation and 10 weeks of camp. We want to squeeze everything we can out of every day.

Unlike a normal job, there aren’t any true breaks. The workday does not end until everyone is asleep. There are no weekends or holiday breaks. It is not unusual to be “on” for 14-16 hours every day of the week.

We make sure to schedule time off for counselors and our leadership team, but Susie Ma’am and I are wont to leave camp for much more than a movie and take-out food. We want to be here in case a camper or counselor needs us.

Please do not think I am complaining. I would not trade our lives with anyone. But some days I realize that I am no longer 20 years old and I need to find a way to recharge.

Oddly enough, my favorite way to recharge is to chat with campers. Man Cave always puts a smile on my face and helps me appreciate camp more. The “Baskin Talks” (the sessions we have with the Seniors Campers multiple times each week) help me connect with the teens who help me clearly see the impact of camp. When we spend time with these young people, we see so much excitement and potential. I feel like they are loaning us some of their energy.

But today, we did not have any Man Caves or Baskin Talks, but we did say goodbyes to a bunch of our campers. I am not a huge fan of goodbyes. I am definitely a “hello” and “welcome back” person rather than a “see you in a year” guy.

So on these transition days, I sometimes discover that I have a little less fuel in the tank than I had thought.

The solution to my energy sag was unexpected: the Basketball Shorts.

The Basketball Shorts is Ben Chinisci’s band. Ben Sir is our new Boys Head Counselor. He was a manager at Apple in Cupertino that decided that he wanted to impact children more than manage app developers. [Note: listening to Ben Sir’s stories about some of the developers he managed makes be wonder if the average camper is not more mature than the typical California code-writer, but I digress.]

Ben Sir is also a professional musician. The Basketball Shorts recently debuted a new album – on vinyl no less. They also played at SXSW this spring. Pretty cool, eh?

And now, they have played at a Camp Champions Beach Party. I like to think that this is just one step below playing the Hollywood Bowl.

Of course, Camp Champions is not a stranger to musicians. Willie Nelson and Jerry Jeff Walker’s children came here. Lisa Loeb first performed publicly as a camper here (and will be performing at our 50th Anniversary Family Camp September 23-25!). Aaron Watson did some of his early performances here.

So we are hoping that the next Champions musical success story will be the Basketball Shorts!