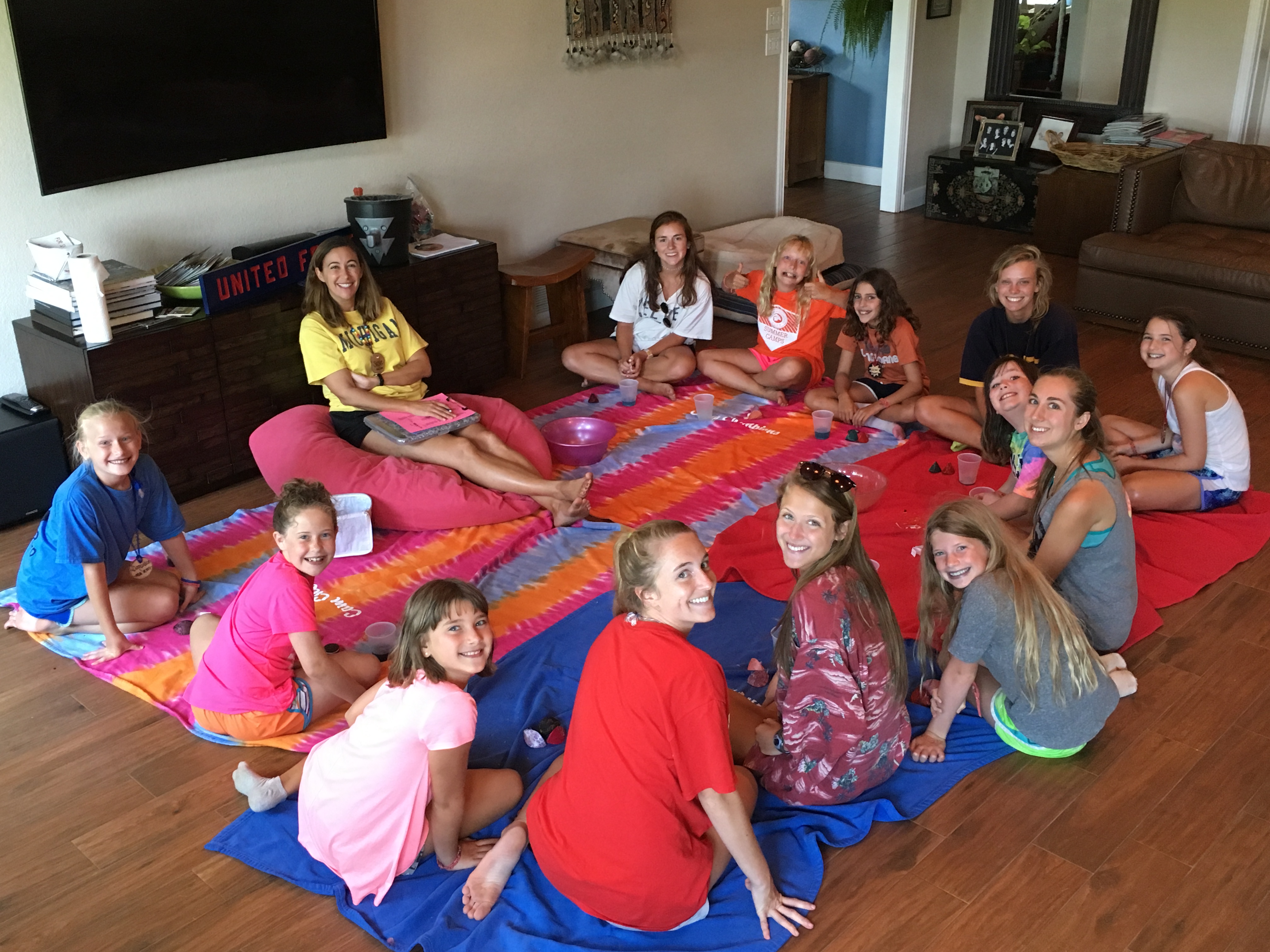 Every now and then, wisdom comes from unexpected places.

In this case, the source is a 12 year-old girl. The setting was Friendship Games with Susie Ma’am. [Note: the photo Is from a different cabin than this story, but I wanted to show you what Friendship Games looks like.]

The girls were swapping stories about what they loved about camp. Each girl shared something special to them – from friends to water toys to special events. One of the last volunteers raised her hand and provided an unexpectedly thoughtful response:

“I love the fact that I don’t have a phone. Back when I was young, I loved sleepovers. [Note: I simply adore the idea that a 12 year old is reminiscing about her youth as if her childhood is long gone in the rearview mirror.] We would play. It might be silly board games or dress-up or sharks and minnows. It was fun. Now our sleepovers are different. We all have a phone or an iPad and we just sit NEAR each other. Occasionally, one of us will share a video that we like, but otherwise, we are just in the same room trying to connect with people that are not with us.”

Let me note that none of the 7 or 8 year-old boys came up with anything this deep. I did have a 12 year-old boy talk about how he enjoys nightly rituals and how the cabin is bonding, but this young woman’s comment sounded like something a mom would say.

She was not through. When the girls were asked “who do admire and why?’

The same young sage offered the following, “I think it would be my dad. I admire him because he is able to stay calm all the time. I need to learn to do that.”

Tonight is our Trojan-Spartan Initiation ceremony. At Camp Champions, every camper becomes either a Trojan or a Spartan for our team competitions. We have Trojan-Spartan games three times each session. They last for roughly 3 hours and they include some physical activities (like tug-o-war) and some that require thought (like trivia). We also stress that we compete with passion, but more importantly with sportsmanship. After the games are over, we are not Trojans and Spartans, but Champions and cabinmates.

The initiation ceremony itself involves drums and tiki torches and stories and chants. I love the ceremony partly because it is somewhat silly to look at (we are calling ourselves Spartans and Trojans in the middle of Texas while painting ourselves), but profound to experience. The counselors do a wonderful job of “holding the space” and making the experience seem magical.

During Man Cave, I have a former camper (and current counselor) say that one of his favorite camp memories was this ceremony 9 years ago. It seemed “majestic” to him.

If camp is a magic show, the counselors get to be the magicians. When we do it right, the mundane becomes the mysterious. We create memories and sense of belonging.

So far, we are having a really great magic show!